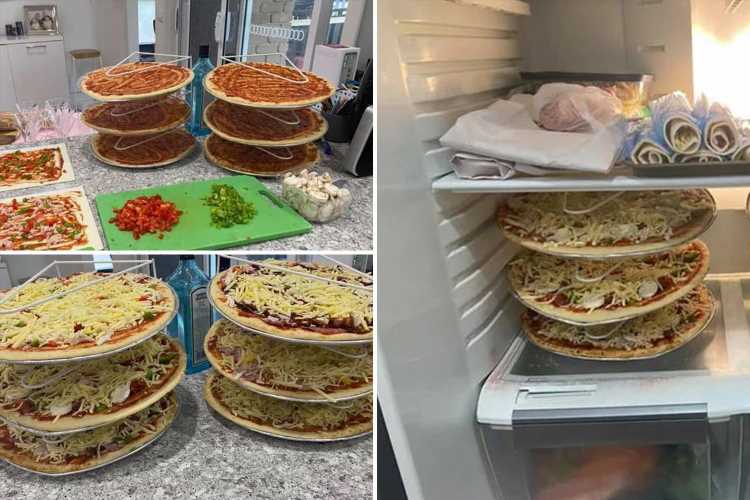 A MUM has been praised for her "genius" meal prep hack which is ideal for small kitchens.

Julie Guinea, of Melbourne, Australia, was prepping home made pizzas for her family and friends and needed somewhere to store them as she prepped them. 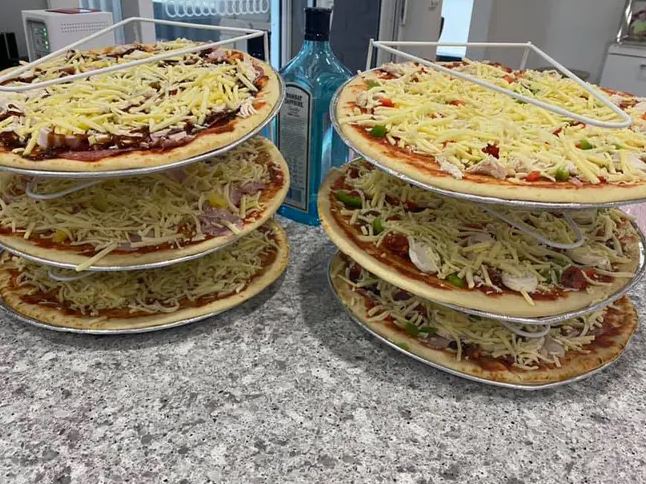 The mum-of-two thought to use a cheap file rack which she turned sideways, then stacked her pizzas accordingly.

Being dubbed "the best hack ever", the method means the mum can prepare multiple pizzas at once without the trays taking up the entire worktop – and they don't get squashed either.

What's more, knowing she wasn't going to cook them right away, Julie was able to fit the entire rack inside her fridge with ease and simply pull them out when she was ready.

Julie shared the idea in a popular Australian Facebook group, writing: "File Rack – tipped on the side works a treat for pizza making and storing!” 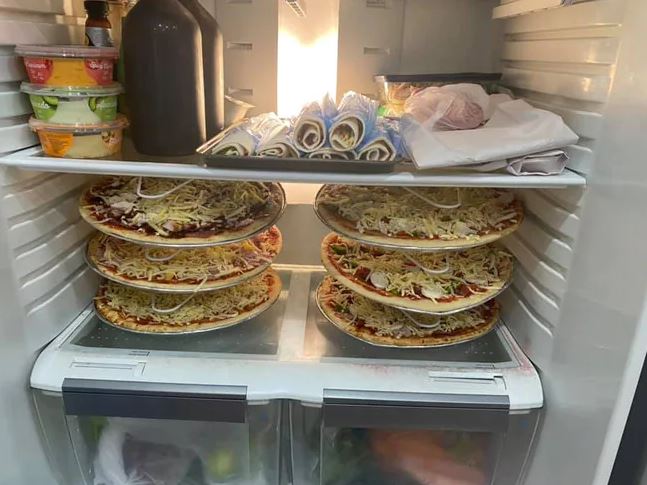 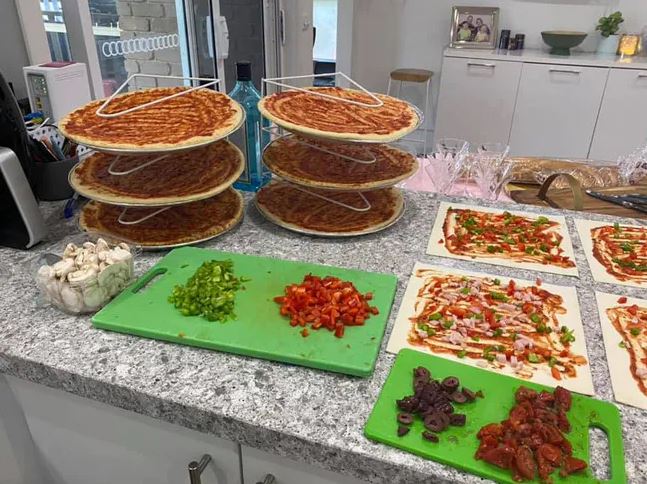 The snaps show the bargain file rack holding three pizzas each and sitting nicely inside her fridge.

Julie told News.com.au that she was having friends over for her birthday and wanted to find a way to prep and store the pizzas before everyone arrived.

“I was having friends over for my 40th and we were having homemade pizzas. As they were coming from 2pm and we were having drinks and nibbles, I thought it would be so much easier if I had the pizzas pre-made so I could enjoy time with my friends and not be a slave in the kitchen,” she said.

“When thinking how would I store the pizzas in the fridge, I had to work out how to stack them without then touching each other or squashing each other.”

She also wanted to keep them in the cool fridge in order to keep the pizzas fresh – so she needed something to fit. 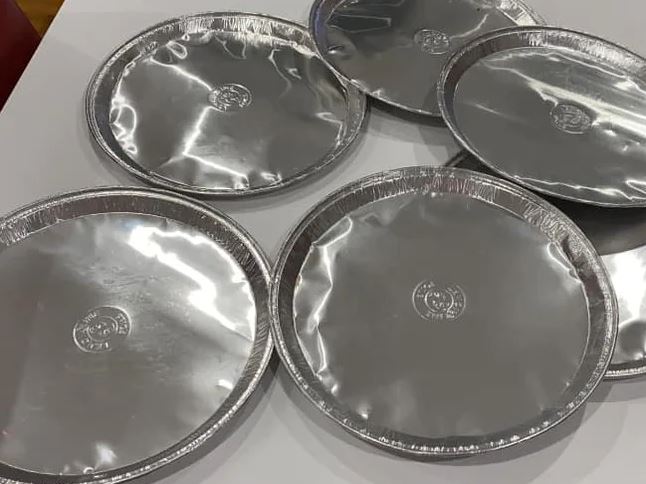 “Then the real test was placing racks and what I found was it worked, but with the weight of the metal racks it would dip slightly at the end.”

Julie picked up some "super light weight" foil pizza tray for just $2 (£1.12) and tested them in the rack.

She said they fit perfectly and was an absolute "game changer".

“I could pre-make the pizzas and have them in an environment that is temperature controlled and enjoy some drinks and chat with my friends. 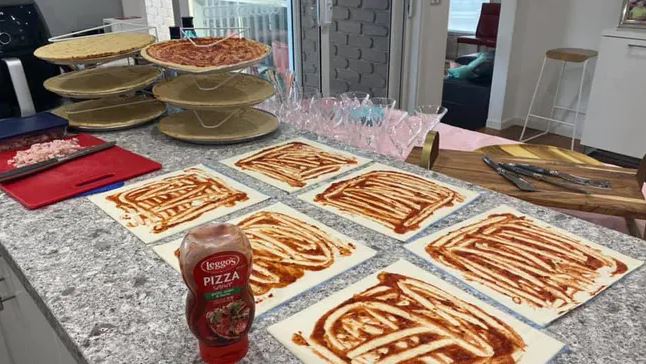 “I took pictures along the way I thought this works so well I wanted to show my family what I did.”

After sharing her idea on Facebook, people flooded to the comments to praise the "genius" idea.

“Even my pizza chef fiance may well be impressed! Thank you!” a second person said.

“Genius,” a third person wrote, while others described it as “bloody brilliant”, “clever” and “so professional”.

The mother-of-two said she had no idea it would attract so much attention.

“I am in total awe of the responses and so pleased that what I think was pretty cool indeed actually is,” she told News.com.au.

“It was the first time I have posted something and was a little worried about what people would say as people can be quite rude on social media, but it certainly wasn’t the case it was so supportive and encouraging and people being very thankful for my post.”

She said hasn’t used the rack for anything else yet, but added it could work well for trays with slices, fairy bread and meat platters.

“Anything really to help be prepared for a party or family gathering before people arrive allowing you to also be part of the fun not slave away in the kitchen,” she said.

For more food-related tips and tricks, an Aldi shopper shares ‘genius’ trolley hack to speed up the checkout process.

Plus a mum reveals how to make ice lollies in an instant using yoghurt pots – and her baby loves them.

And this mum shares her ‘game changing’ freezer hack that allows her to make up to 50 meals at a time.