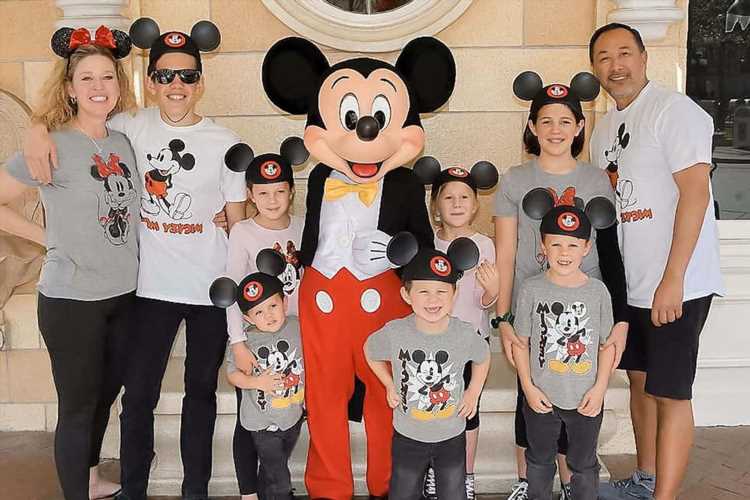 TACKLING a busy household might not be easy, but with seven children running around the house it certainly can be a challenge.

Pam and Gary Willis, from Menifee, California, adopted seven siblings after their parents died in a car crash in 2018, as well as five grownup children of their own. 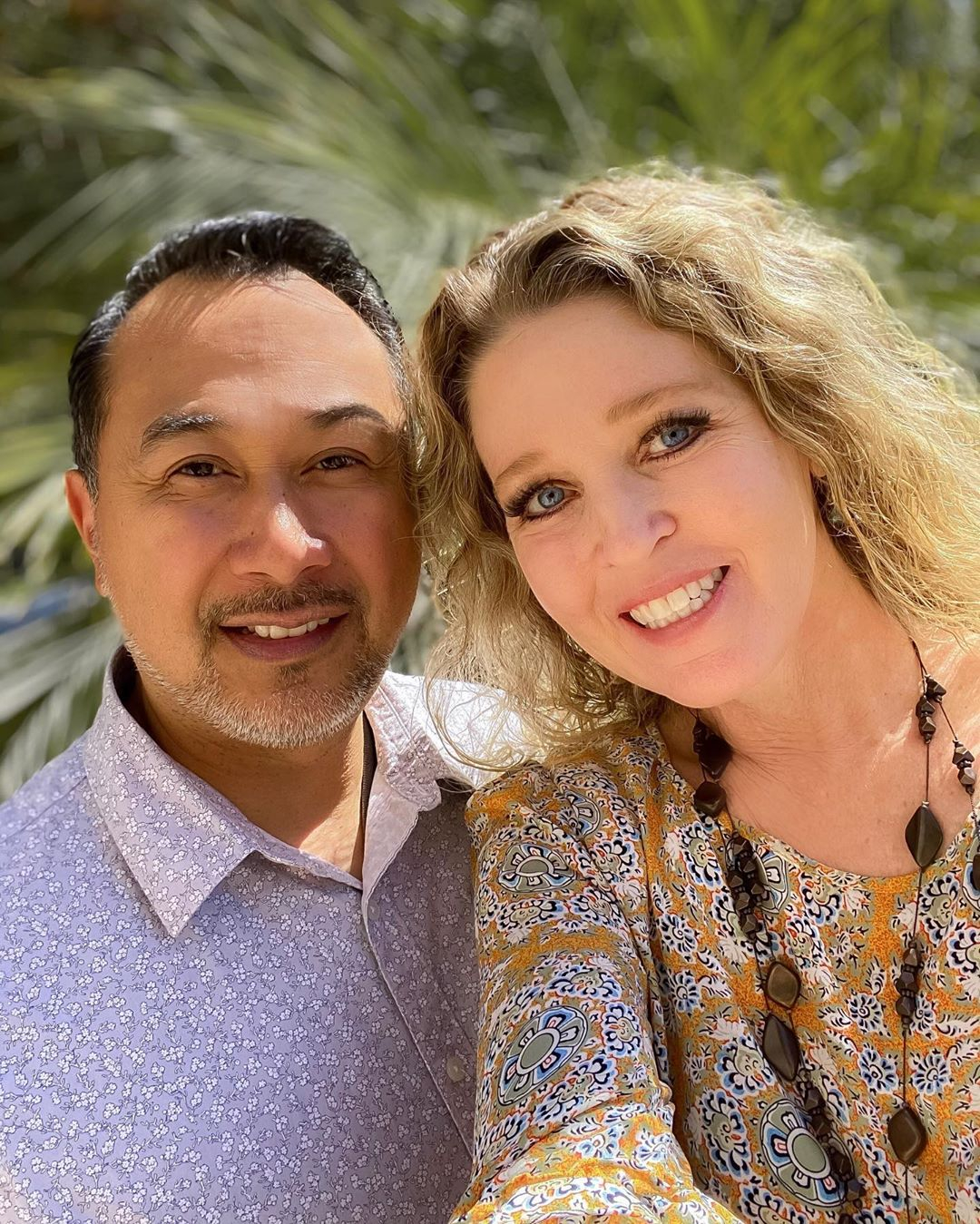 Siblings Adelino, 15, Ruby, 13, Aleecia, eight, Anthony, seven, Aubriella, six Leo, five and Xander, four – were living in a children’s home for a year before they moved in with the couple in June 2019.

So how does Pam stay on top of her busy brood?

The mum-of-12 recently spoke about how she ensures the kids have impeccable manners when out a restaurant. 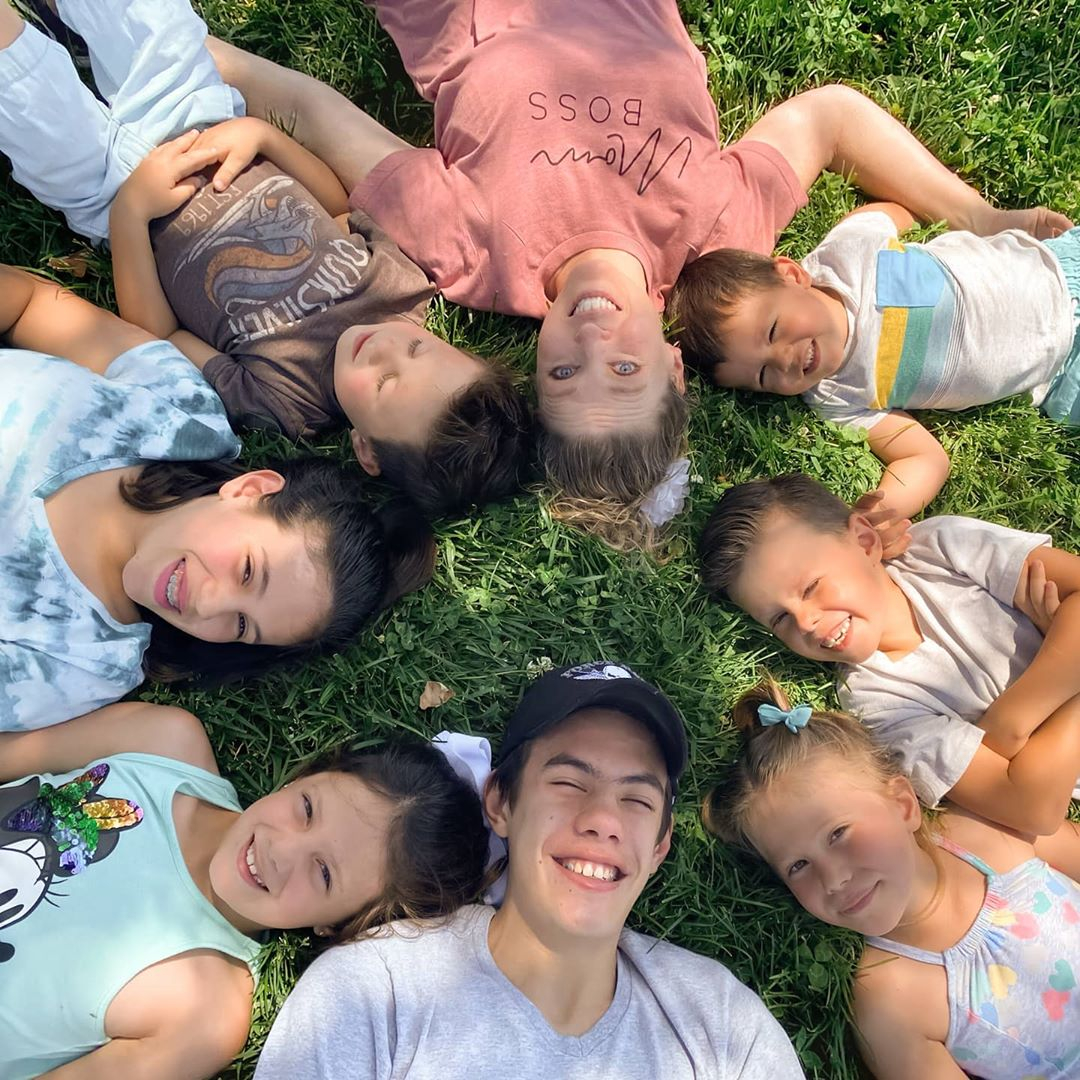 She explained that when she and her husband met the children two years ago, some of them had never been to a restaurant before.

Pam said: “Taking seven kids to a restaurant is not an easy feat, but when we took into consideration that they wouldn’t have the slightest clue of how to behave there, we had to come up with a plan.”

The mum’s idea was simple – the couple took the children to the park and played “restaurant” together.

The game saw them pretended they were at restaurant and someone pretended to be a waitress, where Pam gave the kids examples of good and bad manners.

She said she left it up to the children to decide which manners would be best in the situation and so they practiced.

Pam ensured that when practicing giving the waitress their order, they said “please” and “thank you”. 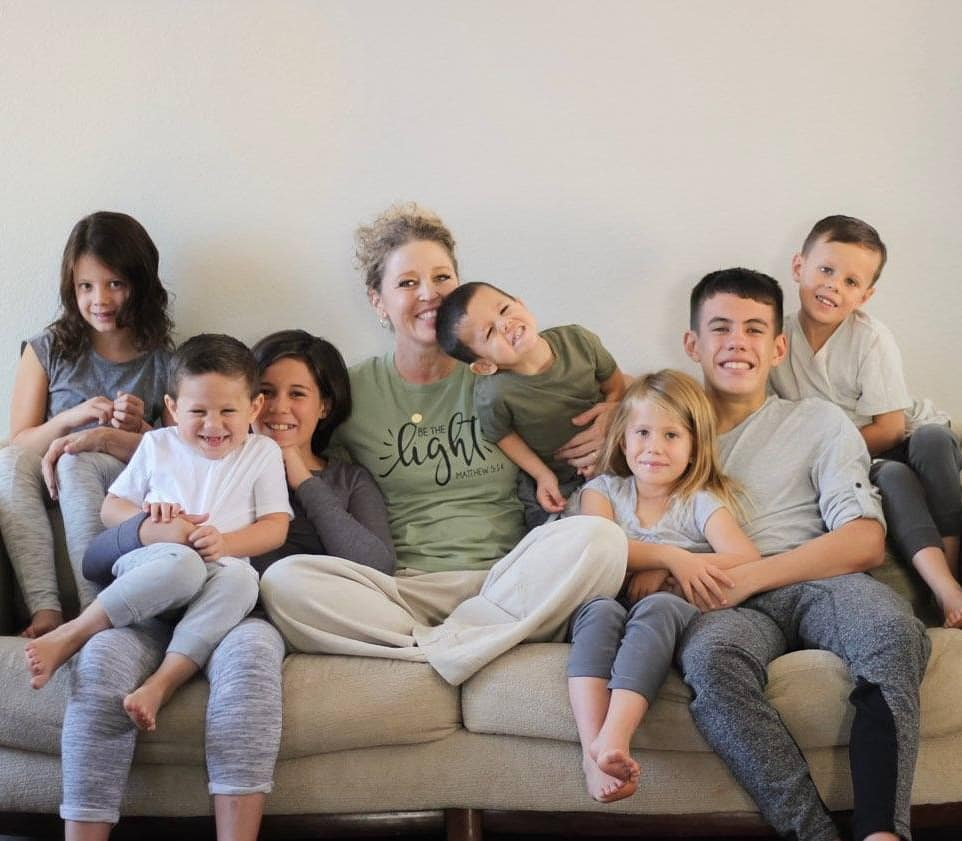 The couple makes real life situations into games so the children can understand the behaviours, whilst also having fun.

They even practiced how to walk into a restaurant nicely, which Pam said was super important as some of the children were in an exploring stage.

She said: “Since these guys were still at the exploring stage, wanting to touch & feel everything, we decided on folding our arms when walking into a restaurant & keeping our arms folded until we sit at our table.”

Pam’s method is simple and effective, saying it helps the children keep their hands to themselves and look polite – reminding them they need to be on their best behaviour.

When it comes to bigger celebrations, the parents make sure that the seven understand the joy of charity.

The parents took Christmas as a perfect opportunity for the kids to understand the importance of charity and giving.

This past Christmas, Pam used “Secret Santa” – where the children were asked to choose one family name from a hat and got to take charge of the entire process – from gift selection to wrapping. 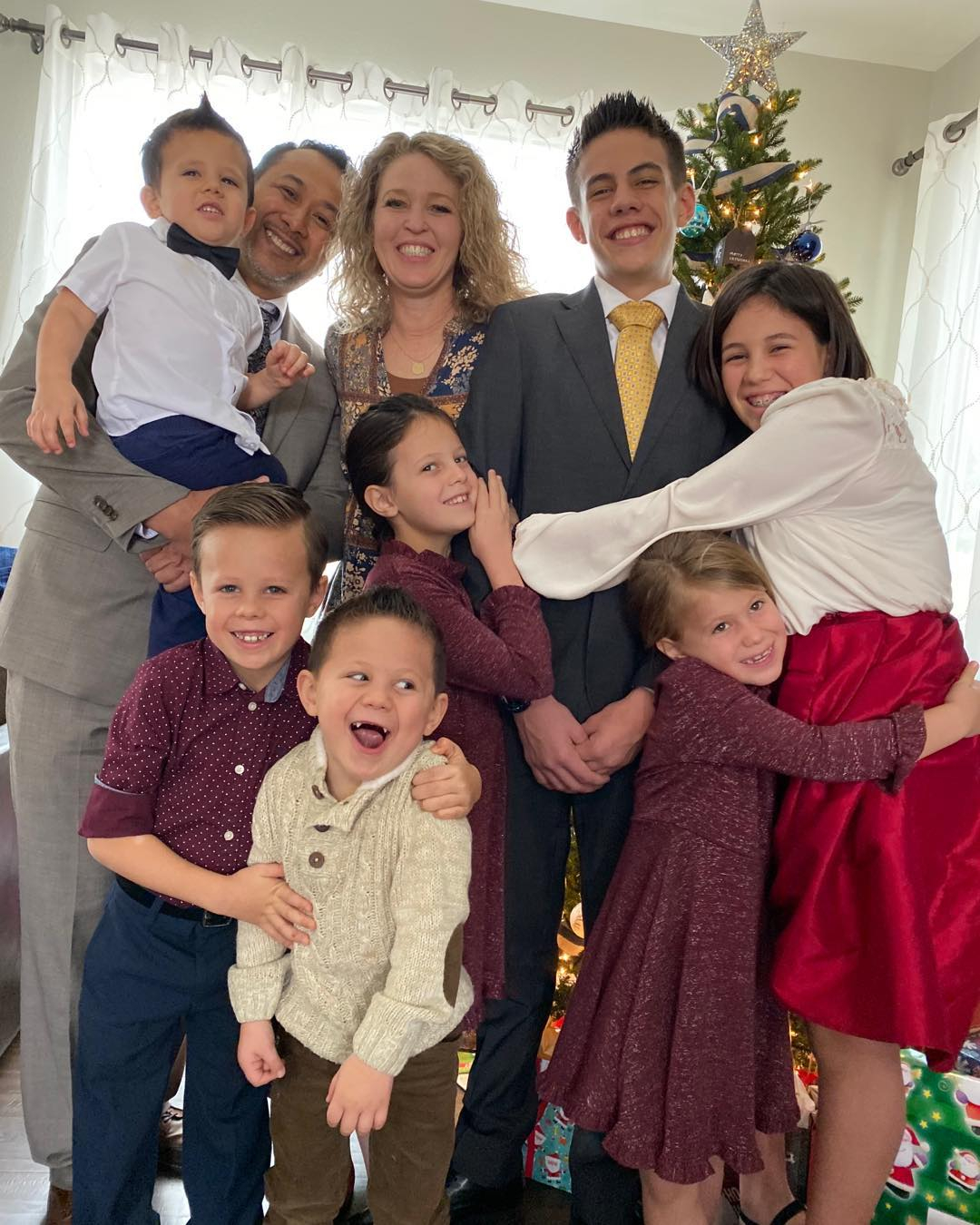 Pam believes that small moments like this not only give the children a feeling of excitement, but an increased sense of self and independence.

She believes that doing small acts of service, the children will be humbled by thinking of others before themselves and the importance of helping someone in need.

The couple want their brood to relish their childhood and know that their previous traumatic experiences in life do not define them.

Pam ensures a routine is put in place so the children can learn normal behaviours concerning the smallest of things.

She spent a year refining their bedtime routine and she thinks she’s finally cracked it.

She said: “Half an hour before bed, everyone brush their teeth and get a drink of water.

“Fifteen minutes before bed, everyone goes to the bathroom.

“Five minutes before bed, everyone tells me anything you want me to know before you have to go to sleep tonight!

“Bedtime – kiss and love you and goodnight!”

This simple nighttime routine might not always be flawless, but Pam is certain that having structure is key to success.

The couple’s method is clear, keep it simple, keep it fun and let the children learn for themselves.

Check out how Sue Radford keeps her 22 kids well-behaved, from charging rent to meal prep.

Plus, this mum-of-16 shares easy hacks which help her feed her family for just 50p a head.

And Sue Radford shows off her massive washing pile after a weekend away.