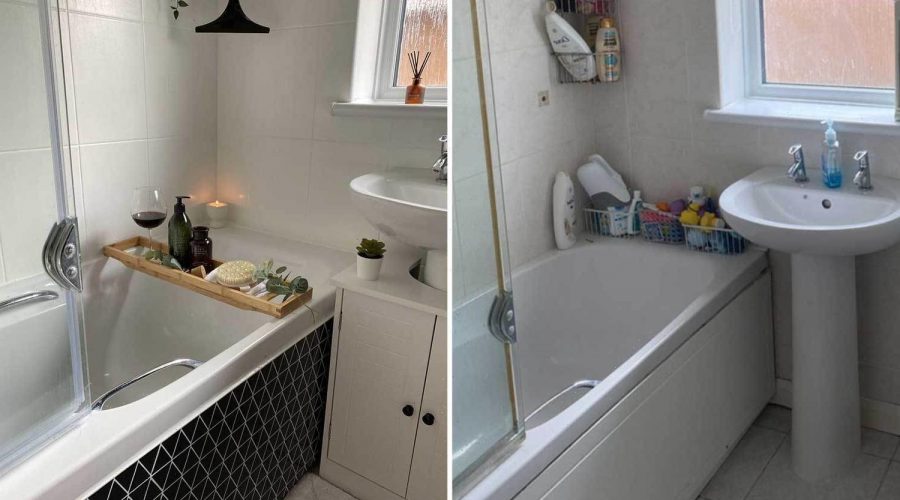 A MUM has revealed how she saved thousands on her dream bathroom thanks to £1 stick-on tiles.

Julie Pentelow, 32, from Swindon had been desperate to transform her dated space, but didn’t want to fork out for a professional job. 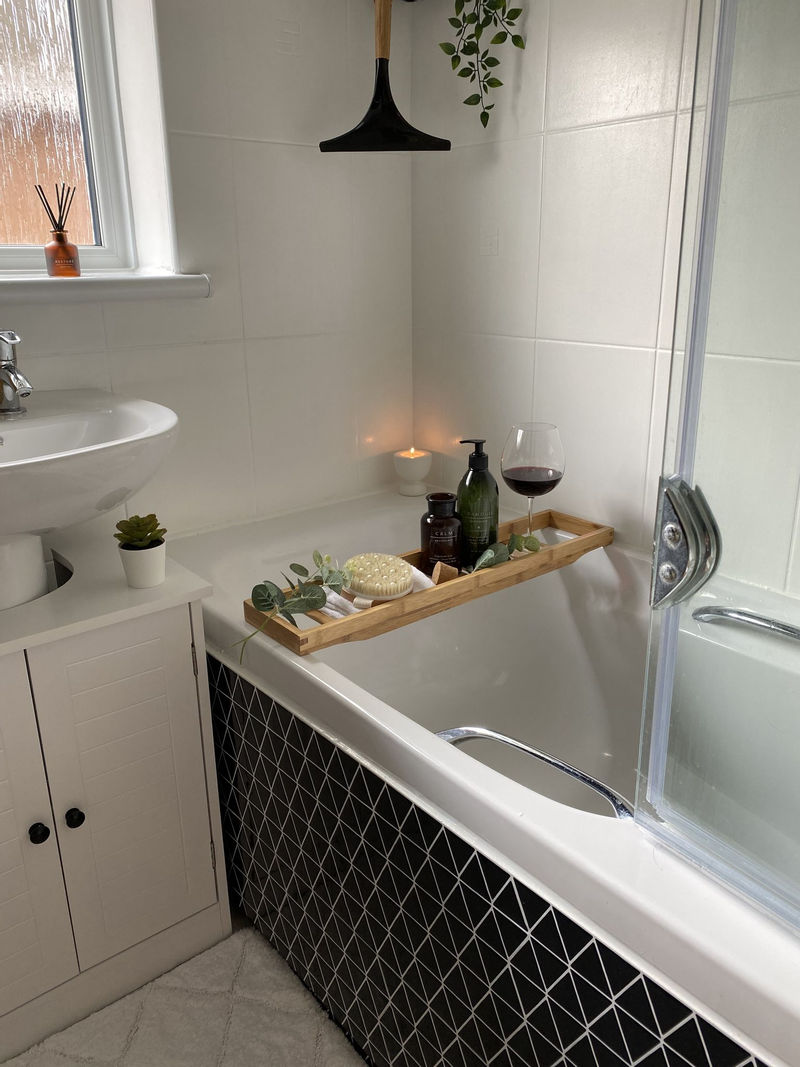 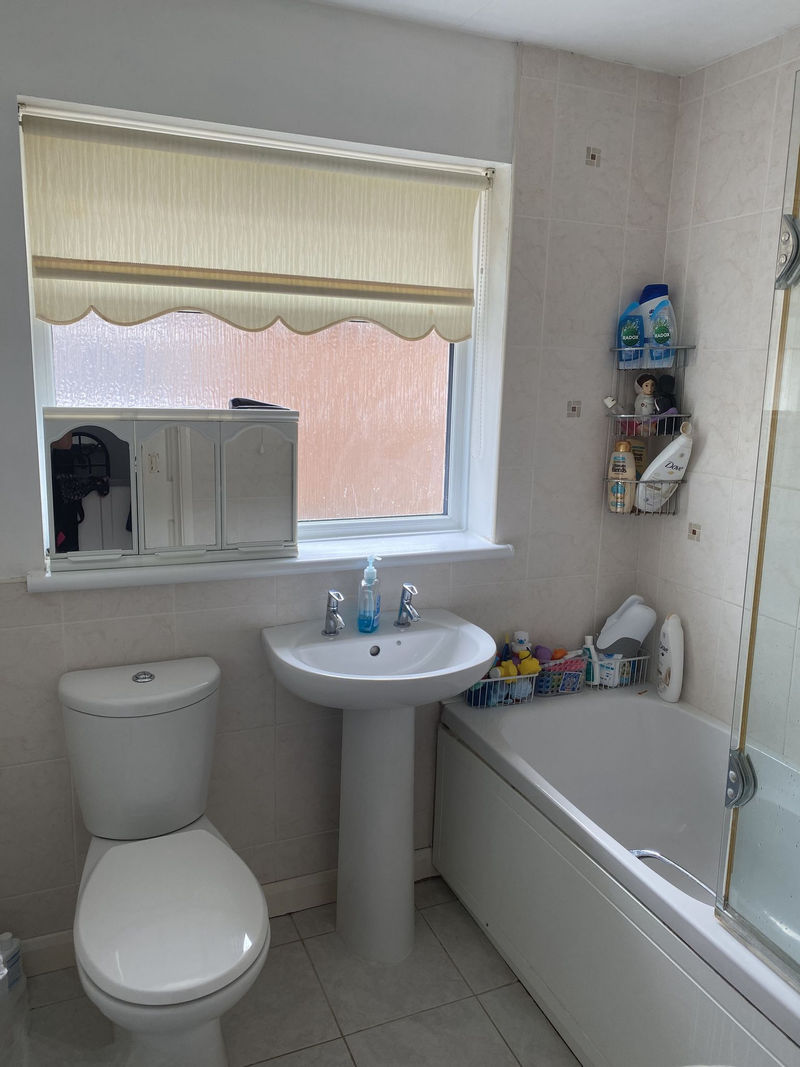 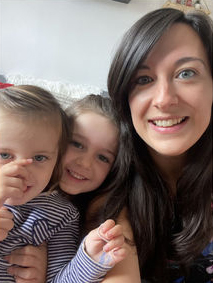 She told money-saving community LatestDeals.co.uk: “I saw people on Facebook groups saving money by revamping their bathrooms to give them a new look so I decided to give it a go myself!

“I browsed the internet for different ideas and fell in love with Scandinavian design. It has a really relaxing and cozy feel to it that gives you a lovely sense of escapism!”

Most of Julie’s supplies came from budget stores such as B&Q, IKEA, B&M and Matalan.

“My first stop was B&Q, where I picked up Dulux Rich Black for £17 and White Satin V33 Wall Tile and Panelling Paint for £25.

“I also needed to think about the bath, which had a lot of black mould. To tackle this, I used Unibond Re-New Sealant off Amazon for £5 to cover it all up. Another area which needed work was the floor tiles, so I used a Black Grout Pen off Amazon which cost £3.99.

“The next job was finding an under-sink console that wasn’t too big, as I only have a small space between the sink and the bath.

“I eventually found one that fit perfectly for £34.99 from The Range, and I painted the handles black to match the colour theme.

“They cost £1 a sheet from One Below and it cost me £15 altogether. I got some self-adhesive wall caddies off Amazon for £15.

“I was able to save money on the decorations as I do a bit of graphic design in my spare time and have an Etsy shop selling art prints and wedding stationery.

“Therefore I made some of my own prints and enjoyed creating simple designs to add to the Scandinavian picture wall.

“I used artificial plants and accessories from IKEA, B&M, Tesco, Dunelm and Matalan to give a natural look to the room and add some colour. Altogether these didn’t cost more than £15.

We’ve saved thousands by decorating ourselves and it now looks like we have got a new bathroom!

“I cleaned up my dirty shower screen after seeing a hack on YouTube. They use a razor blade in the original video with some white vinegar – I used a paint scraper, white vinegar, Viakal spray and Elbow Grease spray and it made it look like a new shower screen!

“The self-adhesive tiles were pretty easy to put on the bath panel. I cut them to size with scissors and also used self-adhesive spray from B&M for extra adhesion! I painted the tiles using a mini foam roller, it went on really smoothly and made them look like new.

“Having 2 young children often made it difficult to find time to work on the project without them being near the wet paint or distracting me.

“My husband Mike helped keep them out of the way at times, and I also did a lot of the work on my day off during the week when my youngest was napping.

“When it came to painting walls, I often only had time to paint one wall before then going back to mummy duties and the school run, so a lot of the time we had a partially painted room for a few days or weeks until I could get a chance to do the next bit!

“At least some of it was done in lockdown when we couldn’t have people around so I could get it finished before other people would see it.

“If I had to do this project again, I would have allowed more time. It was a bit of a rush job and some of the tiles could have been painted better, the paint instructions mention waiting certain periods of time before a recoat and before showering, I admit I probably didn’t wait as long as it said to.

“We’ve saved thousands by decorating ourselves and it now looks like we have got a new bathroom!”

Tom Church, Co-Founder of LatestDeals.co.uk, said: “Julie has done a great job transforming her bathroom – the Scandinavian style is becoming more popular these days due to its clean, minimalist design.

“She has undoubtedly saved a lot of money by painting the walls herself – according to Household Quotes, the average painting and decorating prices are around £160 a day, with prices between £375 and £500 to paint an average sized room.

“Plus, creating a new tile bath panel can cost £300 on average according to Building Sheriff. Furthermore, prints can easily cost £20-50 each depending on size, so Julie has done well to create her own.” 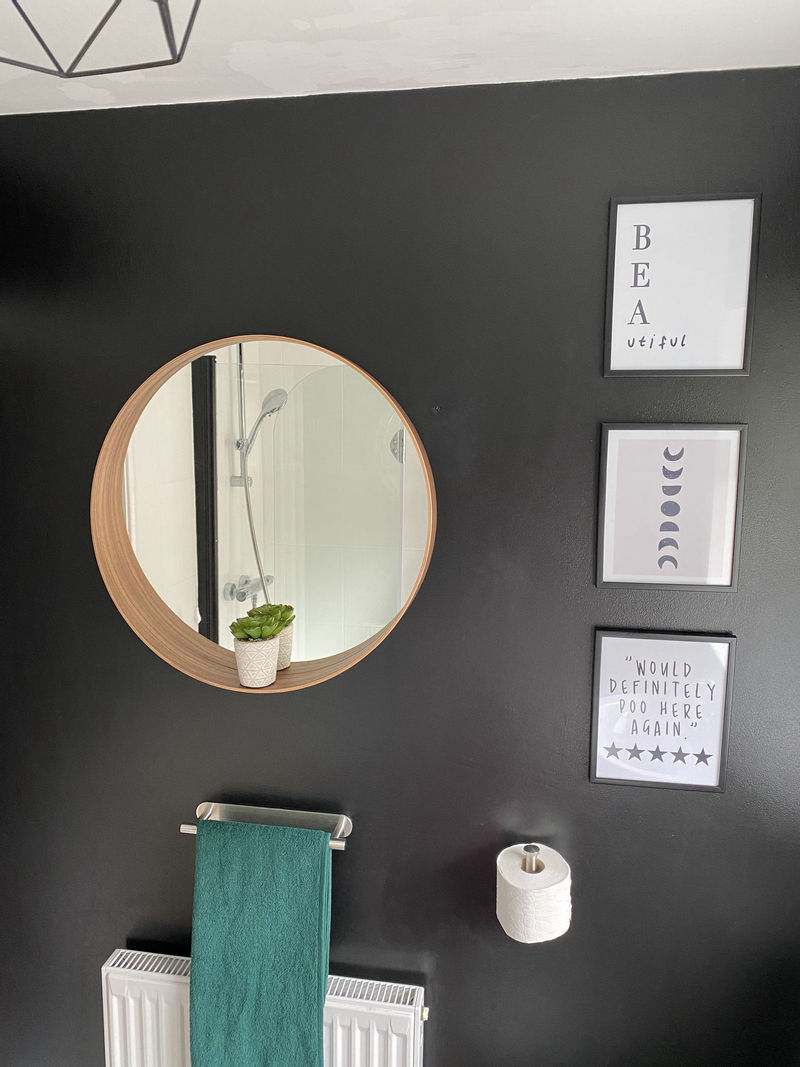