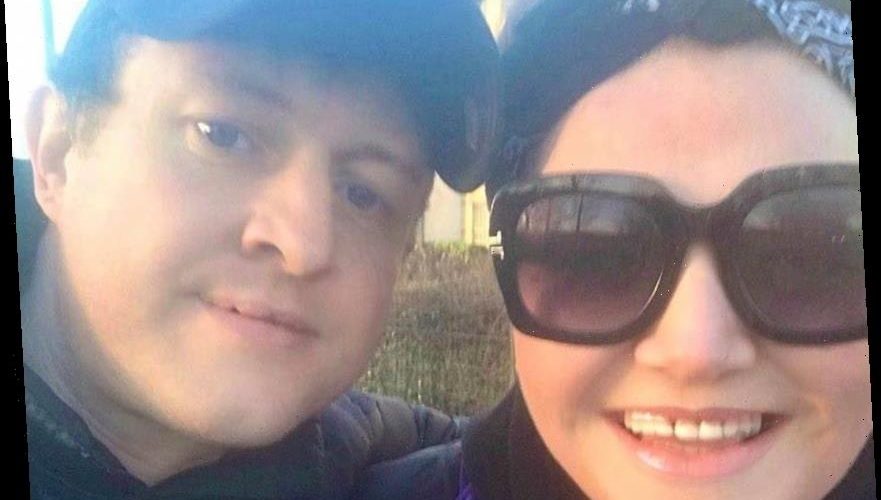 A WOMAN who sent a friend request to a stranger by mistake now plans to marry him as they've found a "soul mate" in one another.

Jo Kelly, 42, from Ebbw Vale, Wales, accidentally hit the button to add Matthew Benja, 34, as a friend after he popped up on her 'people you may know'. 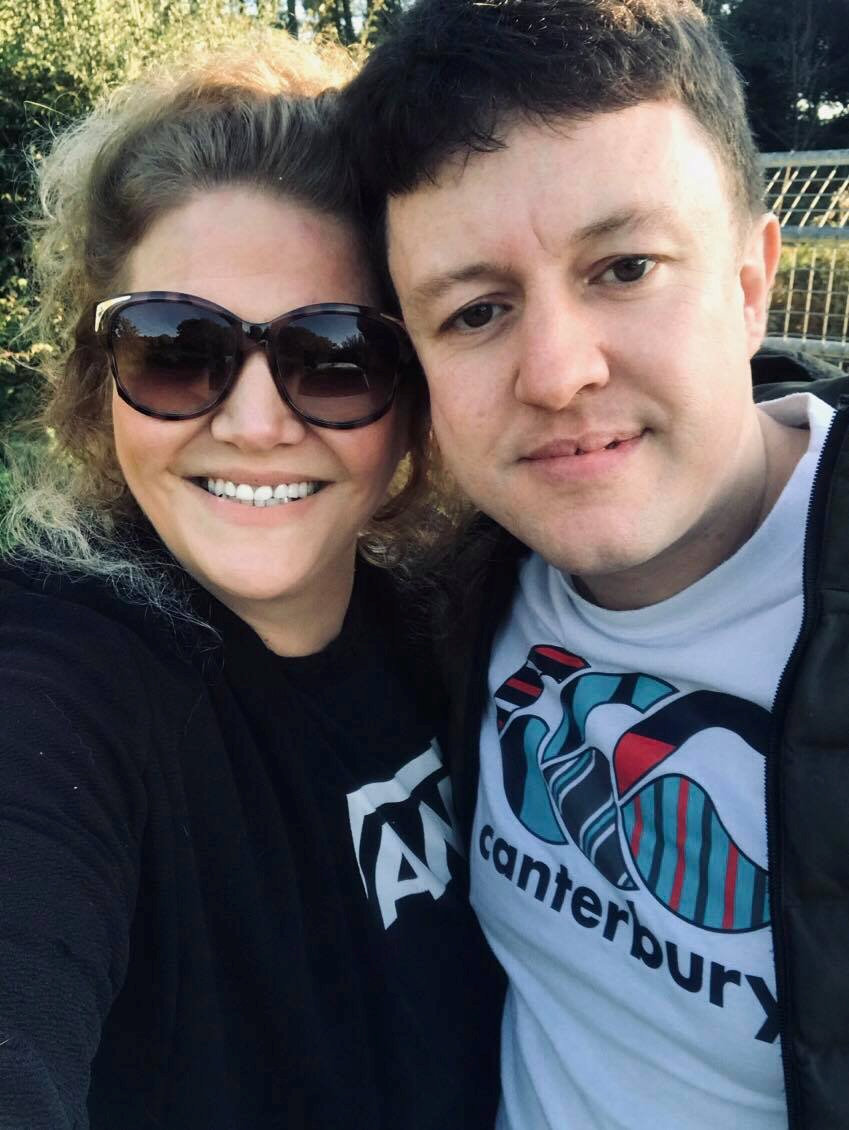 They had mutual friends but didn't know each other and she added him by mistake.

He then accepted the request and sent her a message saying 'do I know you?' and she apologised – saying 'no, sorry'.

But she then began to like some of his posts and the pair exchanged messages again and eventually fell in love.

The pair now plan to get engaged and move in together. 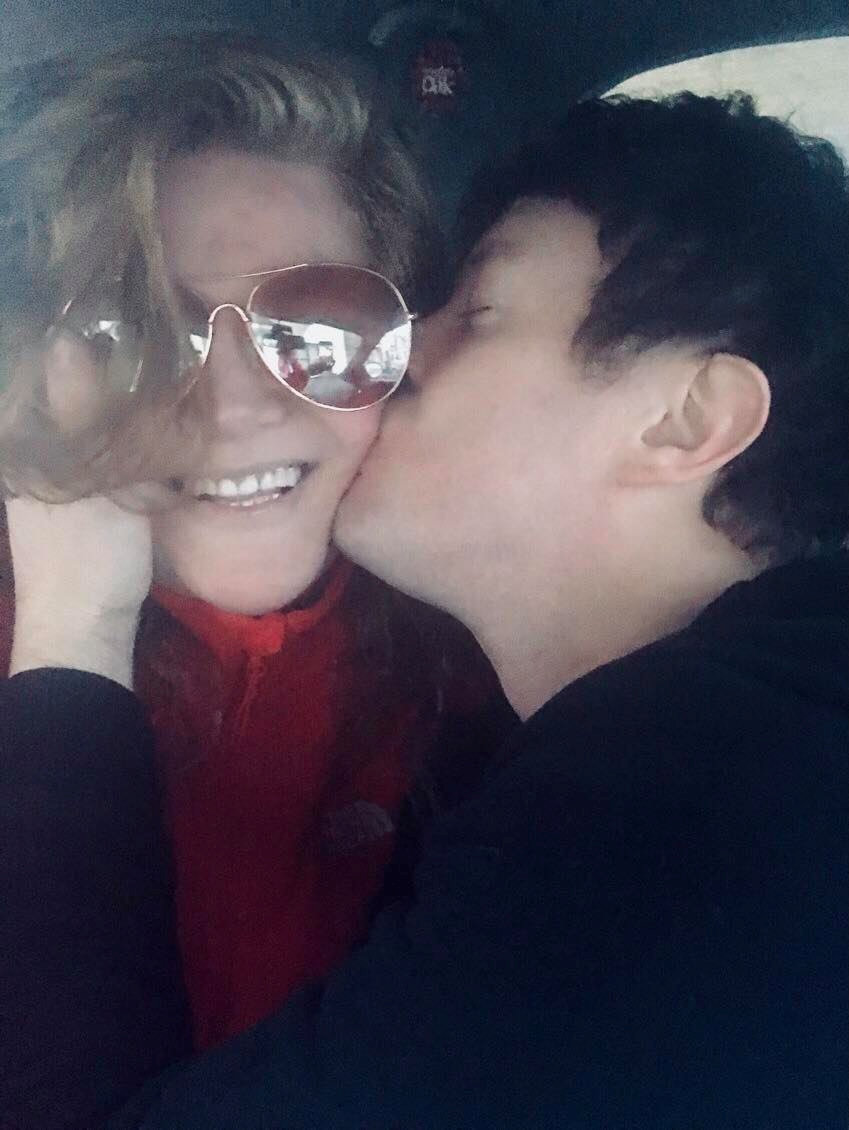 They also helped each other through some tough times together, after Matthew was hospitalised with a severe throat abscess and Jo endured a breast cancer scare.

Youth councillor Jo said: "I was sat in work one day and had a notification come through – 'Matthew has accepted your friend request'.

"I'm a clown with my phone, I do things as I'm scrolling that I don't realise.

“I thought 'oh I didn't send that' but you feel embarrassed to take it off.

"He then messaged me saying 'sorry Jo I don't think I know you' and I said: 'no you don't I'm sorry it must have been a mistake.'

"It felt embarrassing – but we didn't unfriend each other." 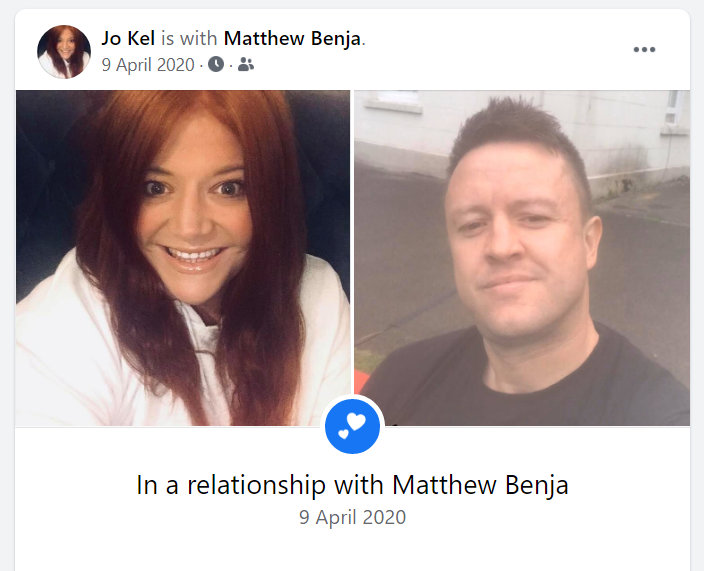 A few days later, Jo commented on a post from Matthew, 34, that really resonated with her.

Jo said: "It was a post talking about the importance of being truthful and genuine, and how hard it is to find those qualities in a person these days.

"I commented on that saying it's really nice knowing all other people have opinions – and we just kept on talking."

The pair are also from the same small Blaenau Gwent village yet the two had still never before crossed paths.

Jo added: "It's just so bizarre – we live in this tiny town where everybody knows everybody – but we're the only two who don't know each other. 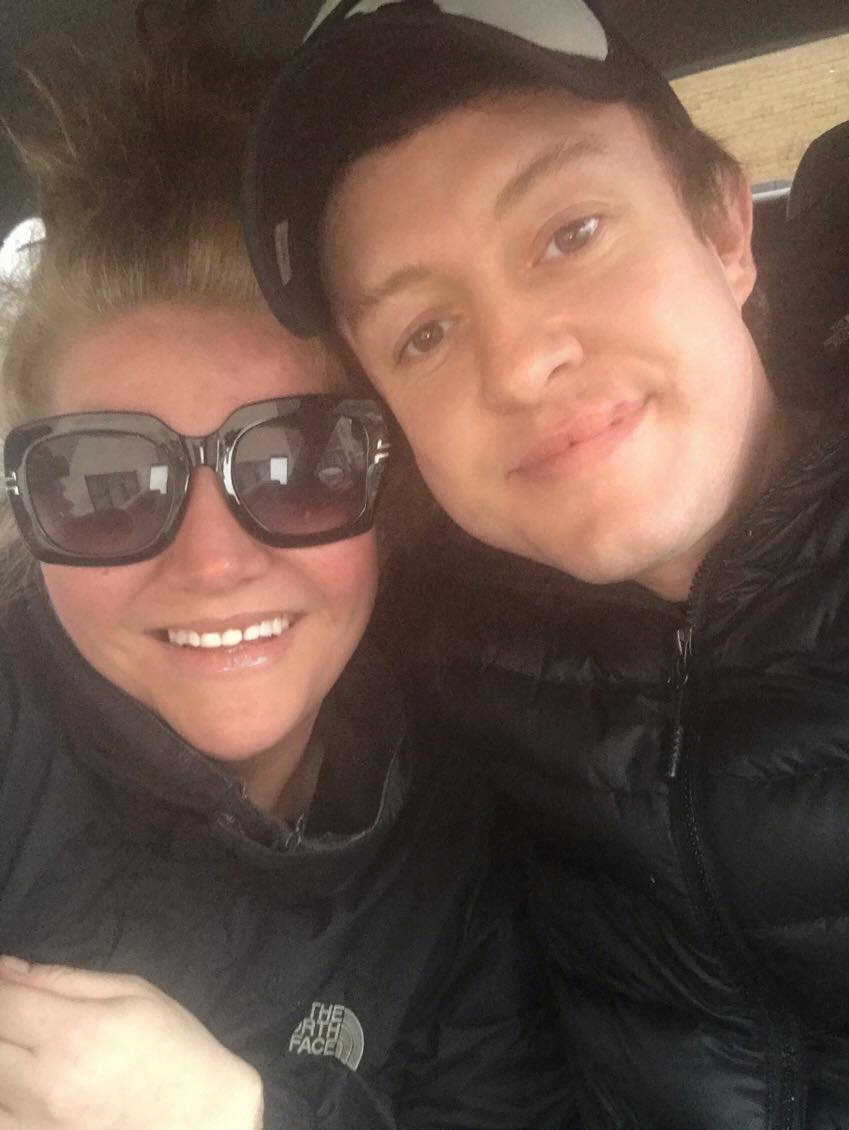 "We have loads of mutual mates – but we kind of worked out the reason we probably don't know each other.

''It's a combination of the age gap and also Matthew went to a catholic school. I just went to the local comprehensive school."

The other day, Jo found out Matthew's dad was even in the same rugby team as her father – after he dug out an old picture of the pair together.

Jo feels it's about time she found a soul mate, after spending the last few years bringing up her daughters – Imogen and Gracie.

Matthew has done the same with his daughter Madison. 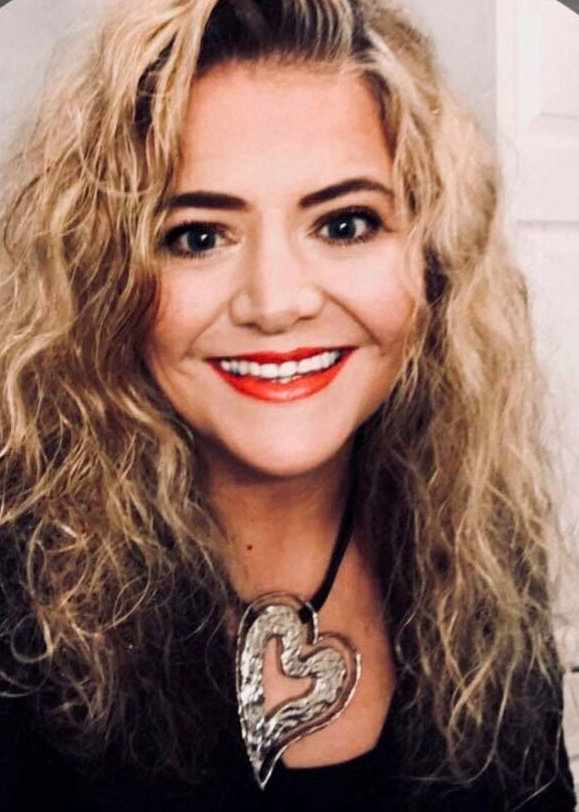 Jo said: "I didn't come to meet him for at least a month or so – I was in the middle of thinking: 'oh god do I want this' – because of my experience with dating has been chronic to be honest.

"I've kept myself to myself for so long – you get in such a mindset. With my girls and work – my life was on the back burner."

Not long afterwards though, Matthew fell ill, developing a large abscess in his throat because of a rare and serious complication with tonsillitis. 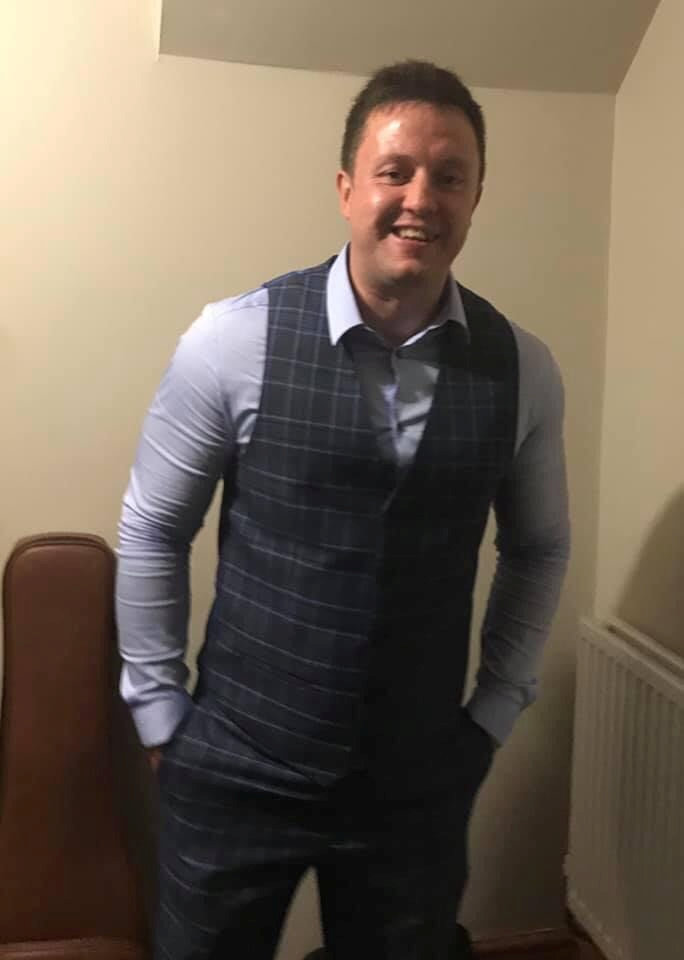 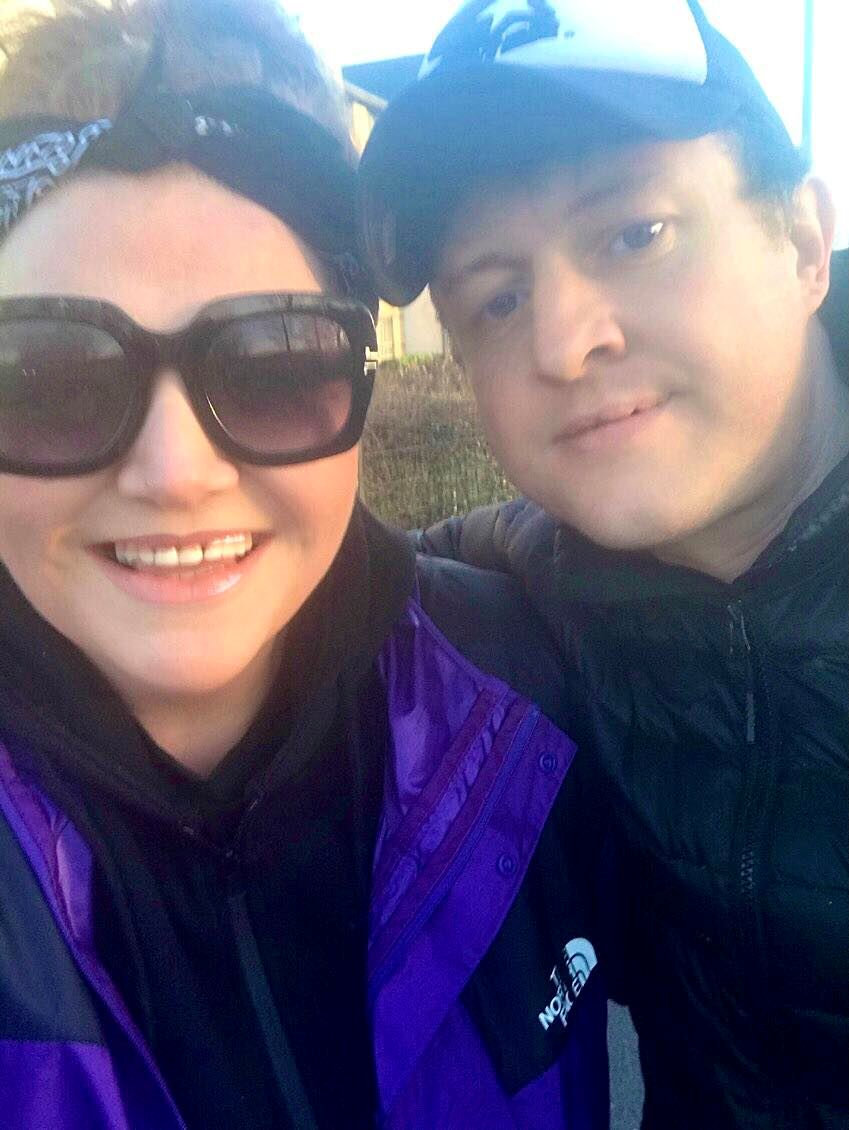 Jo also had her own health issues after a cancer scare when she found a lump on her breast.

The pair were there for each other, though, and Jo couldn't be more grateful.

Jo said: "I always say to him 'I'm surprised you didn't just get out of here.' But he didn't, so fair play.

"We are going to get engaged eventually – once we've settled into a new place and everything is healthy.”

We shared how a couple plan to marry and have kids with woman they met on Instagram – and they all sleep together in a king sized bed.

And a couple who met on a dating site have got engaged just ONE MONTH after their first date.