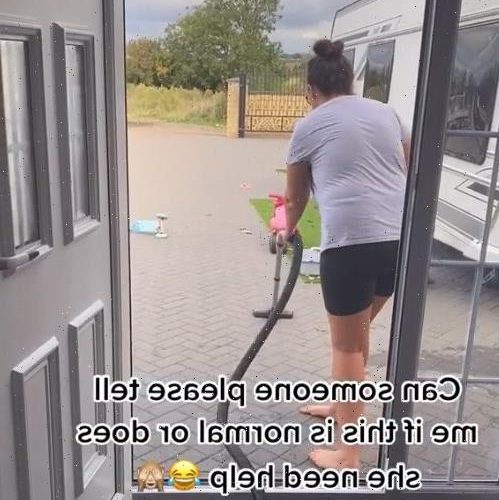 A DAUGHTER has been left baffled over her mum’s rather extensive cleaning habits. 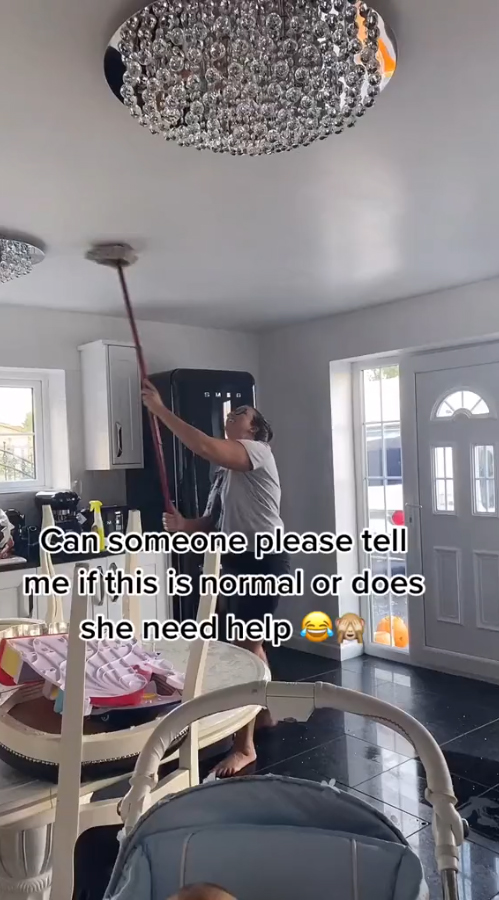 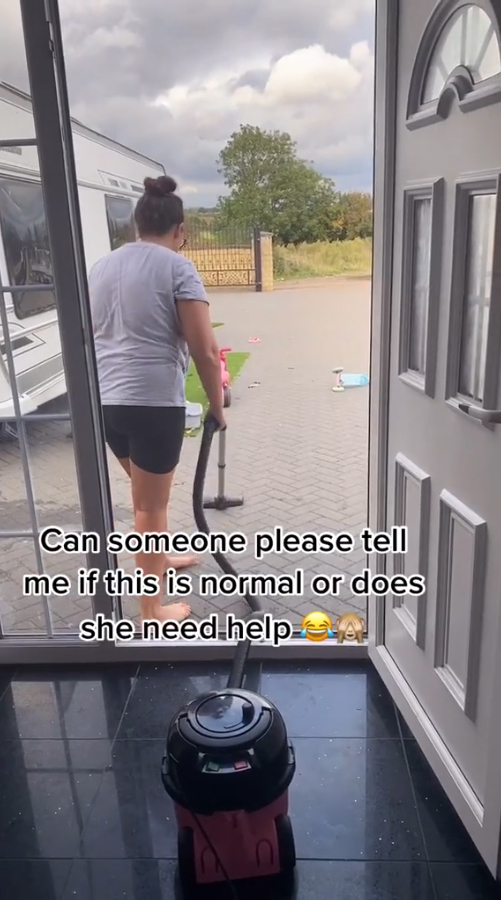 The confused daughter uploaded clips on her @atlantisprice account of her cleaning-mad mum making their home look sparkling.

She can be seen dedicatedly mopping the ceiling in sections, before moving on to tackle the outside of the house.

The TikToker wrote in the caption: “Can someone please tell me if this is normal or does she need help.”

Her video has clearly entertained internet users, as it has racked up over 11,000 likes.

In the comments, many people were torn as to whether the mum was savvy or bonkers.

A second commented: “The outside is defo not normal.”

However, some defended the mum, with one writing: “I actually get why she is doing that.

“It’s the thought of people walking dirt from outside through your clean home.”

Another agreed, saying: “Nah this is normal.”

One added: “Can I borrow her please?”

Previously, an organised mum shares FREE cleaning charts to help people get on top of messy homes – and they cut dusting time too.

Elsewhere, a woman shares how she’s a stay at home mum at 22 but loves it because she is gifted designer bags by her husband

Plus, a kids sleep expert has revealed how to ensure that kids get a good night’s sleep – it’s as simple as beating nightmares.