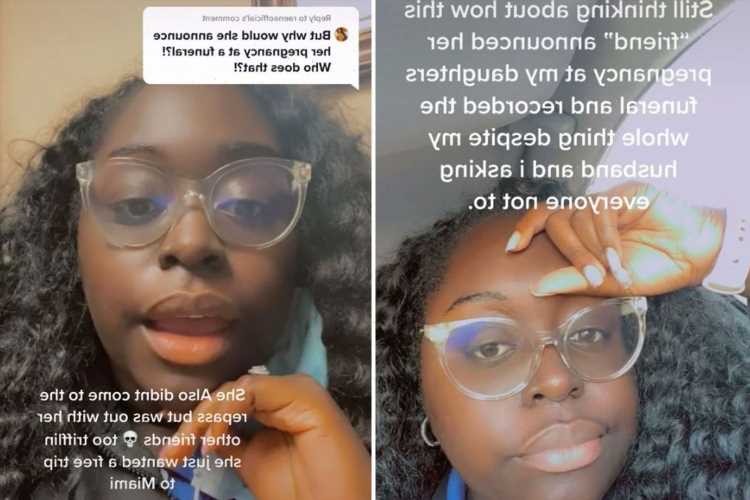 ONCE you've got that positive pregnancy test, it's only natural to want to shout its from the rooftops – but like with everything, there's a time and place to share your happy news.

And while we've all heard the horror stories of women upstaging their mates and announcing their pregnancy at weddings, one new mum decided to take matters to all new extremes. 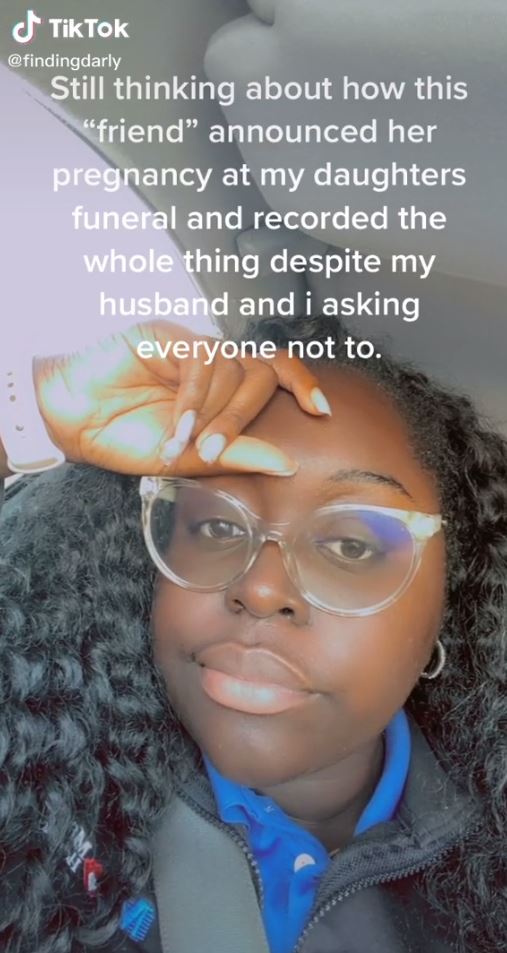 Earlier this month, TikTok user Darly explained how her friend thought her daughter's FUNERAL a few years ago would be an appropriate time to tell their mutual pals she was expecting.

In the first viral clip, the mum said: "Still thinking about how this 'friend announced her pregnancy at my daughter's funeral and recorded the whole thing despite my husband and I asking everyone not to."

Needless to say, Darly explained in a separate video that she cut the woman out of her life after she made the funeral all about her.

She continued: "Her daughter was due in August and the funeral was in January. 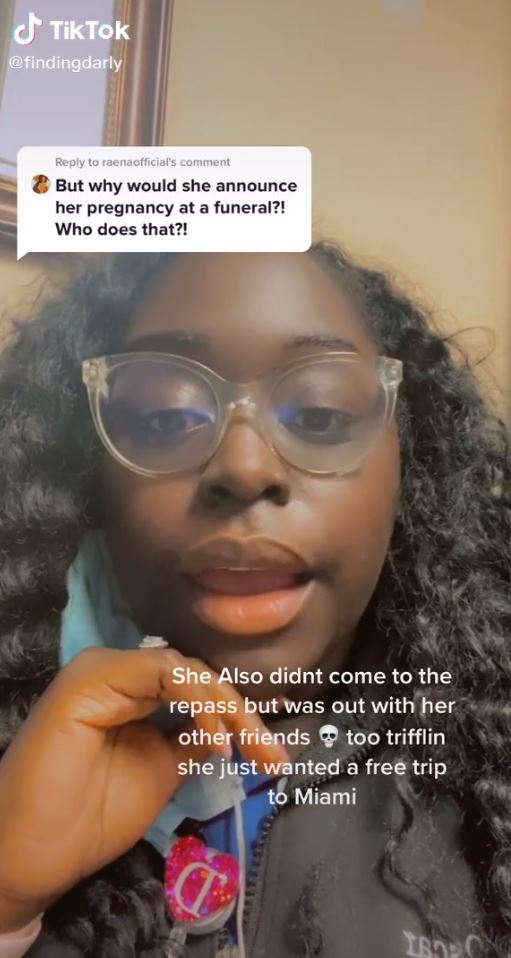 "She was barely two months pregnant and she was forcefully pushing her stomach out and rubbing it."

And just when you thought it couldn't get any worse, Darly claimed her former friend even started "fake gagging" to get attention from other guests.

She continued: "One of my friends was like, 'What? Are you trying to say something? Are you pregnant or something?'

She was barely two months pregnant and she was forcefully pushing her stomach out and rubbing it.

What's more, the mum said in a separate video that she had previously always given her toxic friend the benefit of the doubt – but this was the straw that broke the camel's back.

Describing the emotional toll it took on her, she continued: "And to address [the issue], we are not friends. I cut her off.

"During this time, I had just lost my daughter – she passed away on 12 January and on 13 January, I found out I was pregnant with my son.

"So this [was] all going on in such a short period of time."

WHAT’S IN THE BOX?

Last year’s box sold out in less than 48 hours, so what are you waiting for?

Unsurprisingly, the videos struck a chord with thousands of TikTok users.

"Absolutely vile," another added. "I'm sorry someone would do that to you."

A third wrote: "How can anyone be so disrespectful and thoughtless?"

For more real life stories, this kind postman wrote a heartwarming note to Brit stuck self isolating at home.

And this woman who was abandoned on train at six weeks old speechless as she meets the sister she never knew she had on Long Lost Family.

Plus this woman with ‘world’s biggest cheeks’ plans MORE surgery – and this time she’s supersizing her bum and boobs.