A NEW mum has claimed her mother-in-law tried to "milk" her while she was struggling to breastfeed her daughter in hospital.

Posting on Reddit's "Just No Mother-in-Law" forum, the anonymous woman explained how she had a difficult pregnancy and suffered from pre-eclampsia and haemorrhaging at 12 weeks. 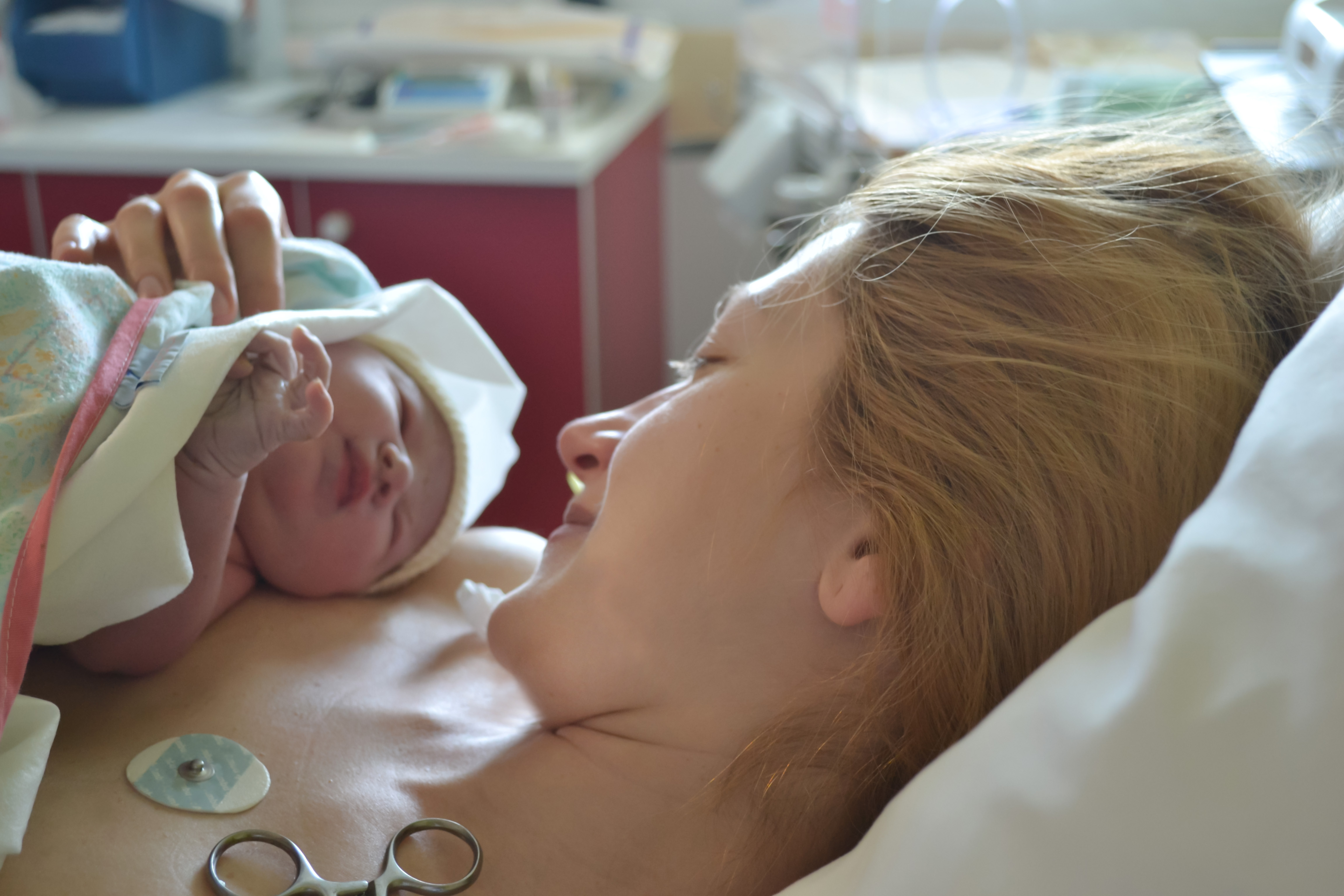 As a result of her "deteriorating physical and mental health", the mum had an emergency C-section at 37 weeks which she says she still hasn't recovered from.

Just four hours after her daughter was born, her mother-in-law turned up to the hospital to meet their new grandchild while the mum was doing skin-to-skin.

She wrote: "I was exhausted, in pain and overwhelmed. She arrived at the hospital and tried to take [darling daughter] off me four times, telling me I would spoil her by holding her too much."

As the new mum tried to get to grips with breastfeeding, she claims her mother-in-law "marched over, taking full advantage of my drugged up state, got my nipple between her fingers and started ramming it in my daughter's mouth".

I was shocked and froze, she kept squeezing my nipple and forcing it into my baby's mouth

She added: "I was shocked and froze, she kept squeezing them and forcing it into her mouth."

The following day, the mother-in-law returned criticised the way her granddaughter was dressed and the temperature of the hospital room.

And when the new parents banned her from bringing a child she was babysitting to the hospital for her next visit, she totally disregarded their wishes.

After trying to settle her baby all night, the new mum said she was "loudly woken by the door opening and a child I didn't know shouting and throwing several balloons at me and the bassinet.

"I was shocked and my [darling daughter] started crying. It was my mother-in-law and the child we asked her not to bring." 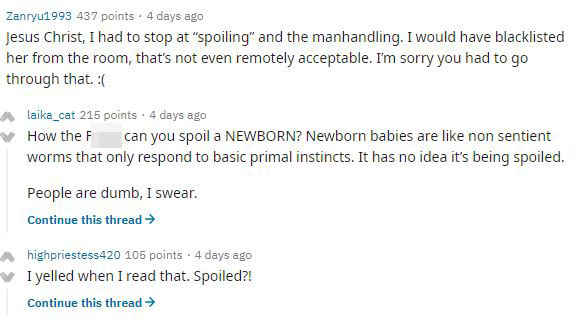 Unsurprisingly, the new mum snapped and told her in-law that she couldn't hold the baby and was told she was "not hospitable".

The woman's post sparked outrage with other users on the forum who slammed her mother-in-law's "violating" behaviour.

One replied: "I would have blacklisted her from the room, that's not even remotely acceptable. I'm sorry you had to go through that."

Another added: "How the f*** can you spoil a NEWBORN? Newborn babies are like non sentient worms that only respond to basic primal instincts. It has no idea it's being spoiled."

A third: "I don't think I can find my jaw wherever it dripped on the floor…"

For more shocking real life stories, this woman who texted her dead dad's number daily for four years got an emotional reply from a man who lost his daughter in a car crash.

And this breastfeeding mum slammed her "control freak" mother-in-law who fed her dairy – knowing her baby has allergies.

Plus this woman got soot in her lungs and could have died leaving a scented candle burning while she slept.