PIERS Morgan has lashed out at Emily Ratajkowski for using the Alabama abortion ban to "self-promote" with a "numb" naked image.

The 27-year-old US actress, who has her own bikini range, is no stranger to stripping off for her 22.7 million Instagram followers. 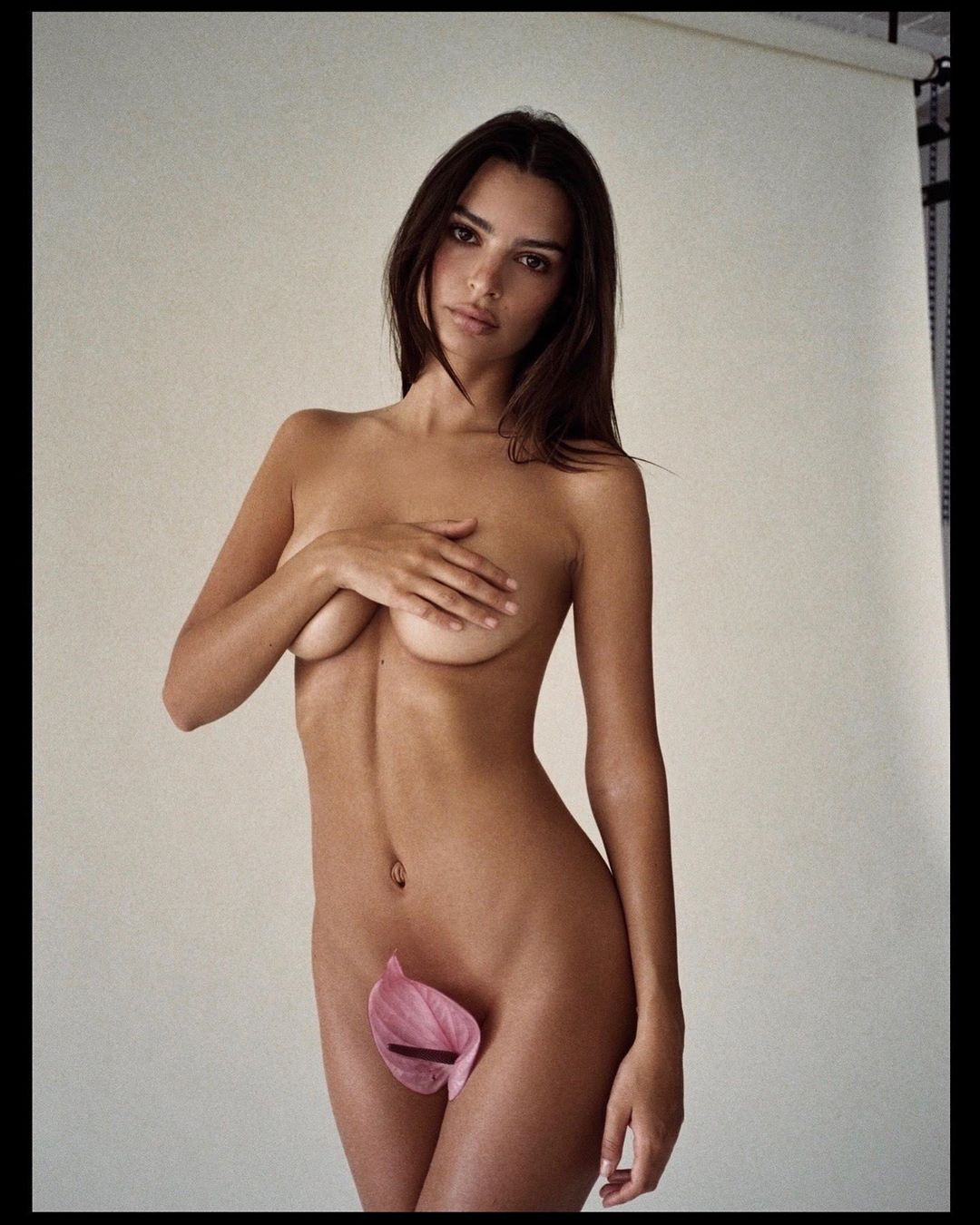 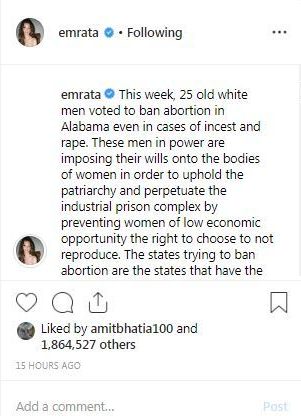 She posed with nothing but a pink petal covering her vagina and an arm across her chest yesterday and made a powerful statement about a woman's right to choose.

But Good Morning Britain host Piers said it was the "right message, ruined by such a dumb self-promoting photo."

In Emily's initial post, which has 1.86 million likes, she wrote: "This week, 25 old white men voted to ban abortion in Alabama even in cases of incest and rape.

"These men in power are imposing their wills onto the bodies of women in order to uphold the patriarchy and perpetuate the industrial prison complex by preventing women of low economic opportunity the right to choose to not reproduce. 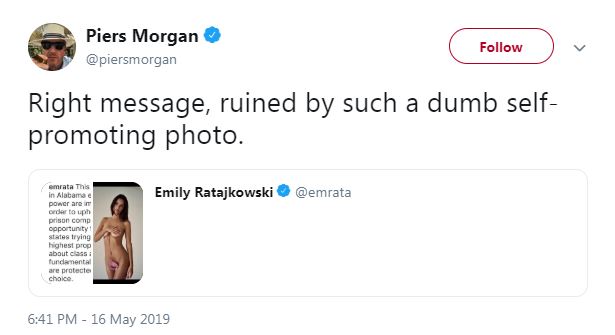 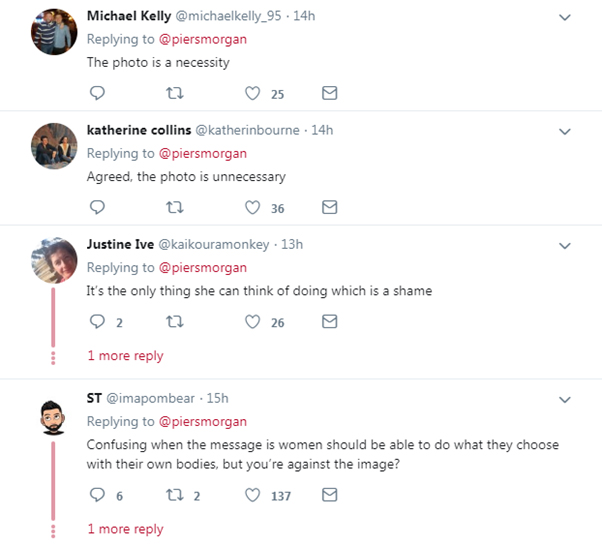 "The states trying to ban abortion are the states that have the highest proportions of black women living there.

"This is about class and race and is a direct attack on the fundamental human rights women in the US deserve and are protected by under Roe vs. Wade.

"Our bodies, our choice."

Piers' tweet divided opinion, with some agreeing the nudity was "unnecessary" and dismissing it as "the only thing she can think of doing which is a shame". 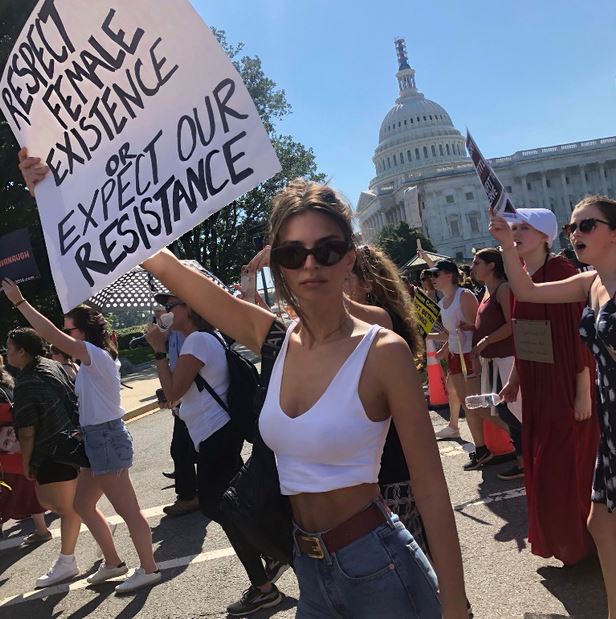 But others said 54-year-old Piers' argument went against the core point of the pro-choice movement – a woman's right to choose what to do with her body.

One lad wrote: "Confusing when the message is women should be able to do what they choose with their own bodies, but you’re against the image?" while another said: "The photo is a necessity".

And a third commented: "Certainly going to get attention, smart move by her tbh."

Last week, we took a look inside Emily Ratajkowski’s incredible LA flat where she takes all her naked pics – with huge Instagram art, massive sitting room and clashing prints.

While we also revealed how Kendall Jenner is morphing into Emily by copying her naked Instagram poses and stylish outfits.