In case you’ve been living under a rock, the Game of Thrones finale is this Sunday, May 19. And whether you are heading to a viewing party or just jonesing to get in on that fierce Daenerys Targaryen braid action, celebrity hairstylist Justine Marjan (you know, the mane woman behind Olivia Culpo and several of the Kardashain-Jenner sisters) is here with a Mother of Dragons-inspired half-up, half-down plaited ‘do that is surprisingly simple to recreate. Check out the how-to in the video above!

‘Game of Thrones’ Beauty: An Anthology of Daenerys Targaryen’s Best Braid Hairstyles Through the Years

In addition to her bold braid game, Khaleesi is known for her epically long platinum blonde tresses. Since this is a half-up style, Marjan, who is a ghd brand ambassador, started by “getting a nice wave” with the help of her ghd Platinum Plus Styler. She worked in horizontal sections and used the rounded edge of the iron to create bevels throughout.

Watch Kardashian Hairstylist Justine Marjan Show Us How to Get an Epic, Intricate ‘Game of Thrones’ Battle Braid 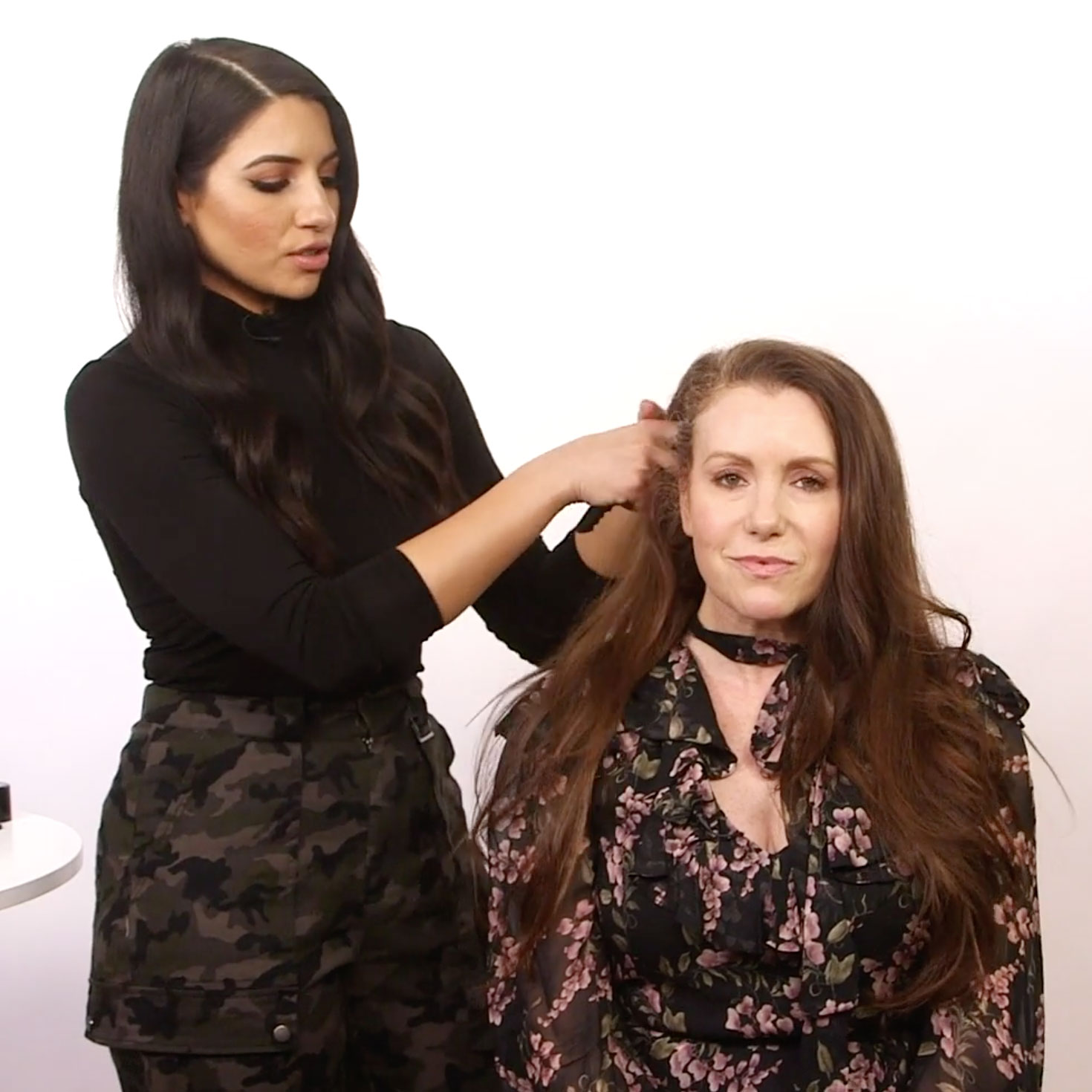 Once the texture was added, the hair pro moved on to the braid — ahem, braids. For the first plait, she began weaving at the front of the hairline and created a French-like braid, pulling in pieces exclusively from the parted side of the head to create a floating illusion. She repeated it on the other side and secured both braids together with an elastic.

While you could stop there and look perfectly regal, Marjan had an idea for making the style even more Game of Thrones-worthy. Check out the video above to see how she finished off the Dany-inspired ‘do that is also a must for summer wedding and festival season!

And, for even more Khaleesi braid inspo, be sure to check out the clip below, too!