PRINCE William and Kate Middleton have shared a heartfelt message to those forced to isolate alone this Christmas.

The Duke and Duchess of Cambridge, who are today celebrating in Norfolk, said they "are thinking" of those spending the day away from their loved ones. 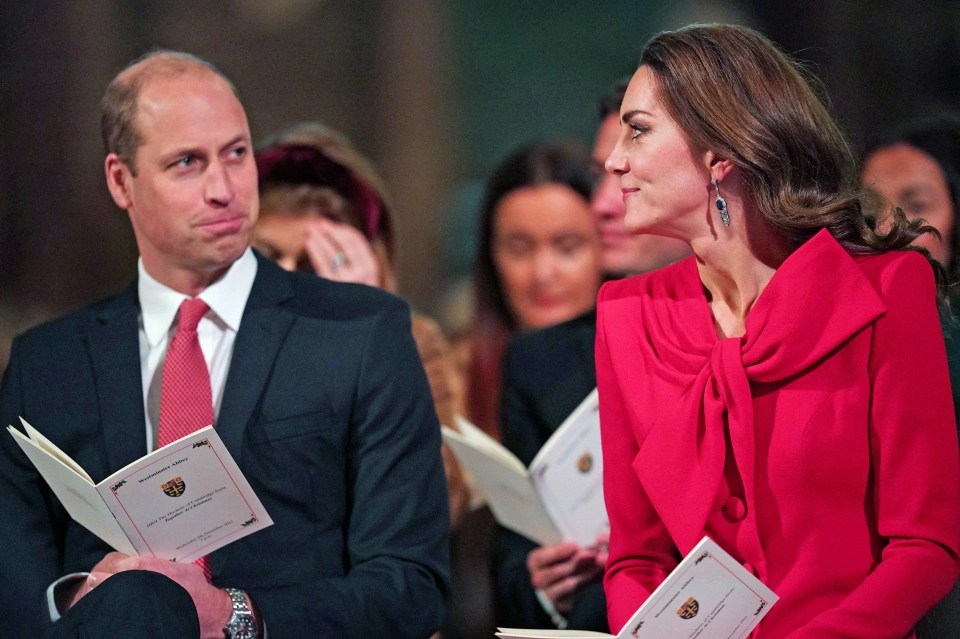 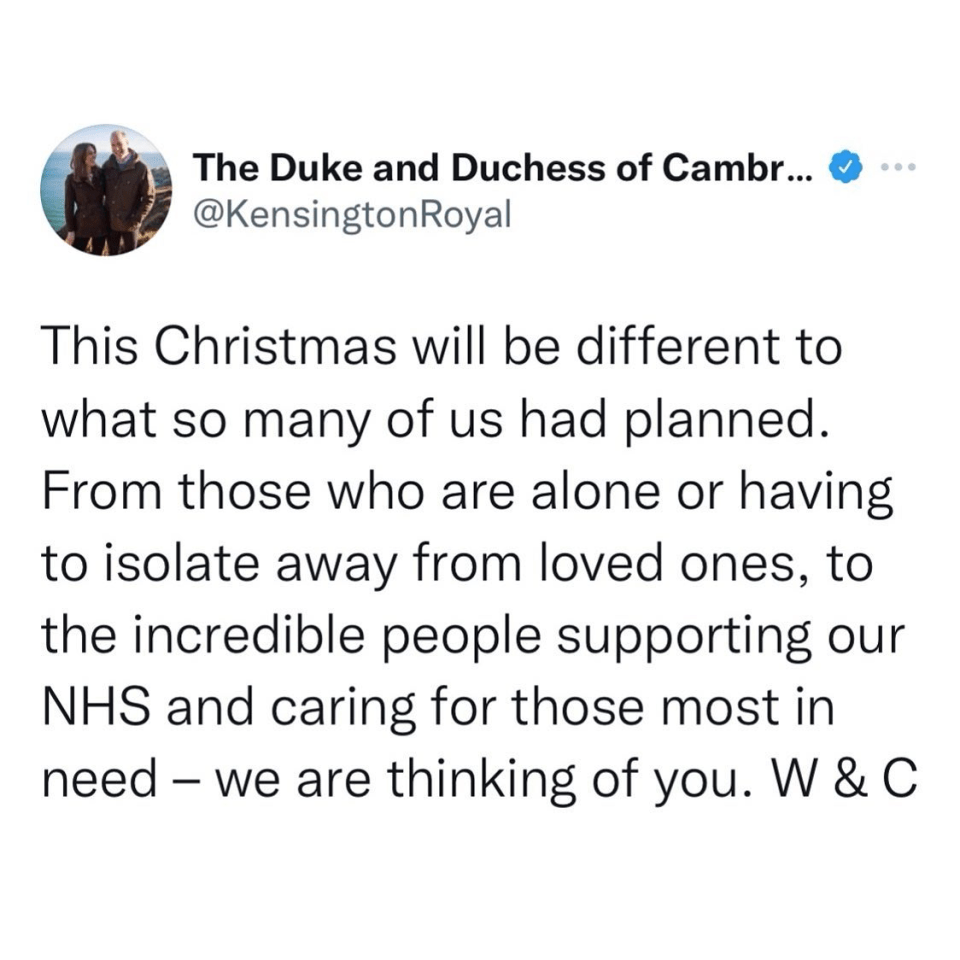 They also paid tribute to "incredible people" helping the NHS and those in need.

In a touching message shared on Twitter, Wills and Kate said: "This Christmas will be different to what so many of us had planned.

"From those who are alone or having to isolate away from loved ones, to the incredible people supporting our NHS and caring for those most in need – we are thinking of you."

Wills and Kate, both 39, are spending Christmas Day with in Norfolk with the Middleton family away from the Queen.

The Cambridges won't be joining Her Majesty, Prince Charles and Camilla at Windsor for the 95-year-old Monarch's first Christmas without her "strength and stay" Prince Philip.

The Queen was forced to scrap her traditional trip to Sandringham, Norfolk, this month as the UK battles rapidly rising cases of the Omicron Covid variant.

Santa tracker LIVE – Where is Father Christmas now & when will he visit me?

SHAKEN TO THE CORE

The Prince of Wales and the Duchess of Cornwall will join her in Windsor.

Kate, William, George, Charlotte and Louis will not be going with them, instead opting to spend Christmas with Kate's family.

The Cambridges' remarks come after it was revealed Covid has ruined Christmas for 122,186 unlucky Brits who have tested positive on Christmas Eve and now face self-isolation.

But a string of hugely positive studies show Omicron IS milder than other strains, with the first official UK report revealing the risk of hospitalisation is 50 to 70 per cent lower than with Delta.

Meanwhile, Kate revealed her hidden talent as she overcame nerves to play the piano with pop star Tom Walker during her Christmas carol concert.

The Duchess made a surprise musical appearance for her Christmas Eve telly bonanza filmed at Westminster Abbey.

Festive footage from last night's hour-long carol concert shows Kate behind the piano and joins Tom Walker as he performs his hit 'For Those Who Can't Be Here'.

Kate invited 1,200 stars and heroes to the Royal Carols: Together at Christmas show, which aired at 7.30pm tonight.

It was screened by ITV after it was stripped from the BBC because of a royal row over its documentary on Wils and Harry.

Pals of the duchess said that she "recognises the powerful way in which music brings people together" and in particular "during difficult times". 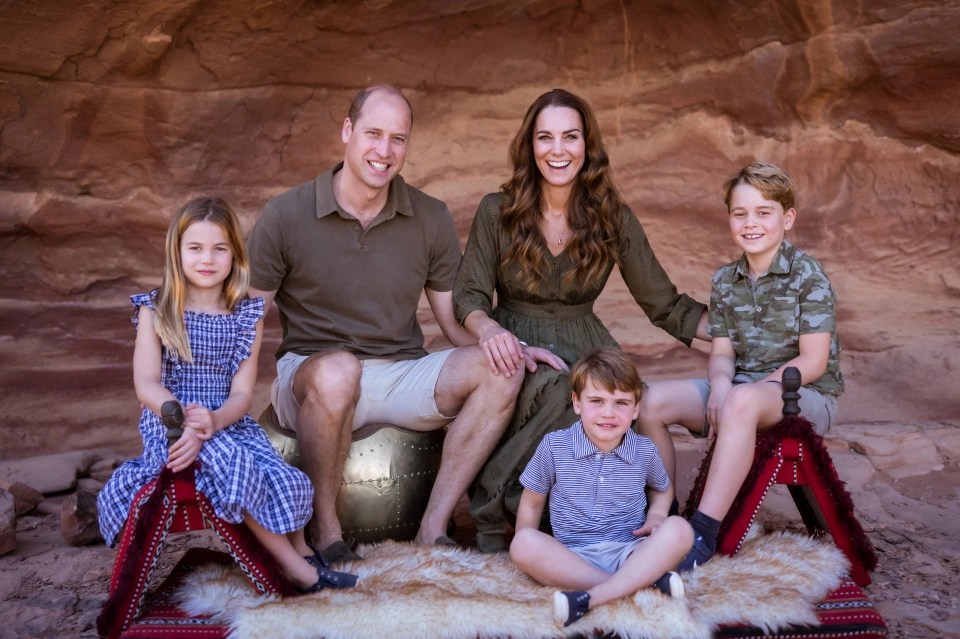