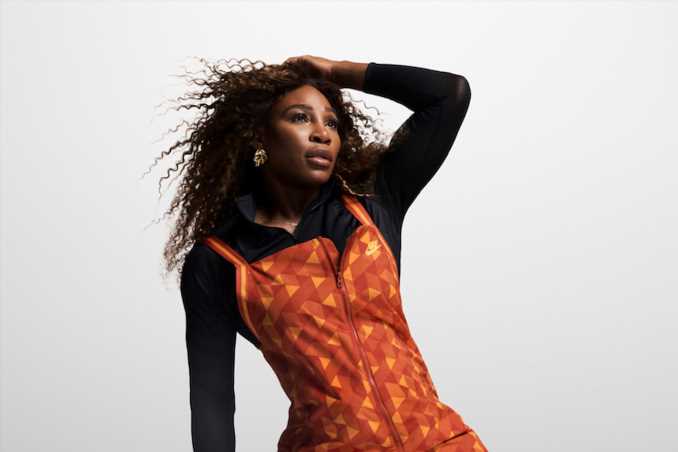 Move over, “Making the Cut” and “Project Runway.” Tennis superstar Serena Williams and Nike are empowering their own group of up-and-coming fashion design talent.

Two years in the making, the first Serena Williams Design Crew collection launches Sept. 1 with footwear, apparel and accessories that have a ’90s streetwear spirit, created by 10 New York-based design apprentices, seven of whom have now been hired by the global athletic giant as full-time employees.

“I wanted to see more people who looked like me,” said Williams of creating the incubator, which features a new class of apprentices each year. “It started with a conversation of Nike wanting to invest in the power of people, and embrace that diversity fosters creativity…I was excited to be a part of that.”

From her legendary love of catsuits and Virgil Abloh tutus on the court to her new partnership with Zales on a jewelry collection, Williams is a bona fide fashion lover.

“She actually has design education herself studying at the Art Institute of Fort Lauderdale in the early 2000s, having her own d-t-c brand S by Serena and partnerships with the Home Shopping Network. She’s seen first hand the design space and understands the need for representation not just to chase a number but to build tangible impact,” said Jarvis Sam, vice president of diversity, equity and inclusion at Nike, of why the 23 time Grand Slam title winner is the perfect face for the program.

The Cape Makes A Return On The Runway

“The goal was to develop an initiative that could bring together amazing talent, primarily from underrepresented populations to develop a Serena-inspired collection, and to leverage this as an opportunity for our own teams to benefit from the great impact of this talent coming in,” he continued, mentioning the Serena Williams Design Crew in the context of other Nike programs in the diversity talent innovation space, including Women In Nike, in partnership with the WNBA, which has the brand hiring retiring players from the league to work on Nike product development.

The Nike x Serena Williams Design Crew initiative was first unveiled in 2019. Nike then sought out diverse talent through Harlem’s Fashion Row, New York area community colleges and through its own retail stores, from which three designers were recruited.

“It was casting a wide net, asking where are all you getting your designers from, and saying let’s cast a net over here or over there, where you typically wouldn’t go,” said Williams, who reviewed sketches and portfolios to finalize the first group that traveled to Nike headquarters before the pandemic lockdown. (The second group, recruited from Chicago and the Midwest, worked remotely.)

Over the course of their six-month apprenticeship, designers engage in education opportunities, work with mentors and hiring managers within the company with the possibility of achieving full-time employment on the brand’s 1,000-plus member design team.

Per the recently released “Breaking Barriers” goals report, Nike aims to have racial and ethnic minorities comprise 35 percent of its U.S. corporate workforce by 2025, up from 29 percent now.

“While we set these aspirational goals to achieve by 2025, there is always room to grow, and we believe through the Serena Williams Design Crew, the Women in Nike program, the Converse All Star Design Team and a sharp focus on the systemic element of our own people process will help us continue to see improvement and development,” said Sam.

“Nike is committed to investing in people who move the world, and creating not only a workplace but a community that’s increasingly diverse,” said Williams, whose contract with the brand dates back to 2004.

When it came to a design directive, “I told them I wanted to see something different, and they went to places I never would have,” she said of the apparel in prints the team designed after West African Kente cloth, featuring a hidden “S” in the pattern, a chronological timeline of her Grand Slam wins immortalized in the tape finishing on performance pieces and other thoughtful details. “I love the jumpsuit and the strong bold colors mixed with pattern. And I love all the little nuances to how it’s connected to Serena Williams,” she said.

A long-sleeve tennis bodysuit references those Williams is famous for wearing on-court, with an asymmetrical turtleneck overlay.

There’s a range of casual apparel, too, including a dress modeled after a basketball jersey embroidered with “Williams 00” as a tribute to Serena’s daughter Olympia Ohanian and “love” in tennis parlance, and an eye-catching tennis jumpsuit in a bright orange-tone zigzag pattern repeating the letter S.

Williams is U.S. Open bound next month, where she plans to wear some of the collection. “I’ll probably wear it every day off the court. Since I’ve gotten it, I don’t want to take it off,” she said, while staying mum about who will be designing her new on-court dress.

The athlete-entrepreneur has a busy winter coming up as well, with the release of “King Richard” on Nov. 19, which she is executive producing along with her sister. Starring Will Smith, the Warner Bros. film tells the story of how Serena and Venus Williams were coached into superstardom by their father, Richard Williams.

Having already seen the final cut, she said, “It’s going to be a great thing. I’m really looking forward to it.”