STACEY Solomon has revealed her one-year-old son Rex loves to sleep in dog beds – and  showed off his latest one to nap in.

The Loose Women host, 30, uploaded a photo of a cute Toy Story-themed dog bed that her boyfriend Joe Swash, 38, had bought for their son. 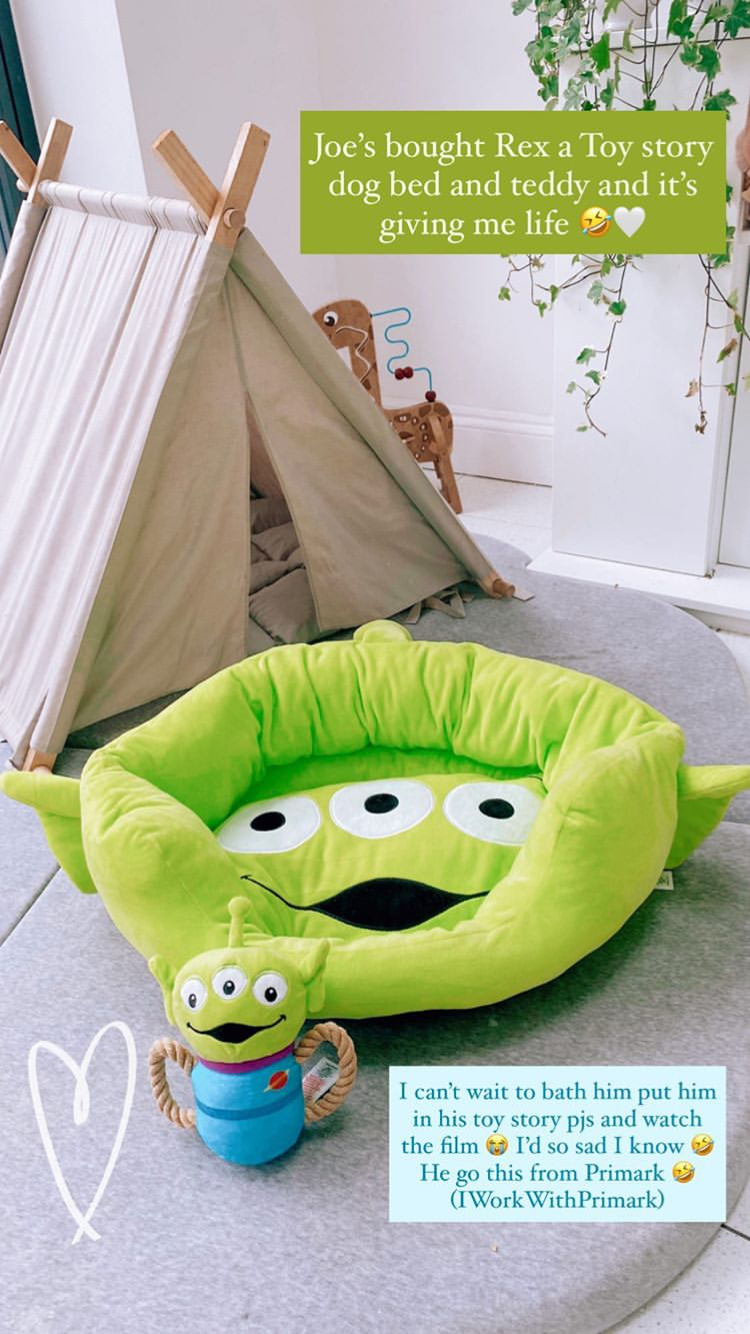 Taking to her Instagram Stories, the mum-of-three wrote: “Joe bought Rex a Toy Story dog bed and teddy and it’s giving me life.

“I can’t wait to bath him and put him in his Toy Story pjs and watch the film. I’m so sad I know.

“He got this from Primark.”

Essex-based Stacey then showed a clip of little Rex happily sitting in his new dog bed, and she told fans it was “Toy Story” time. 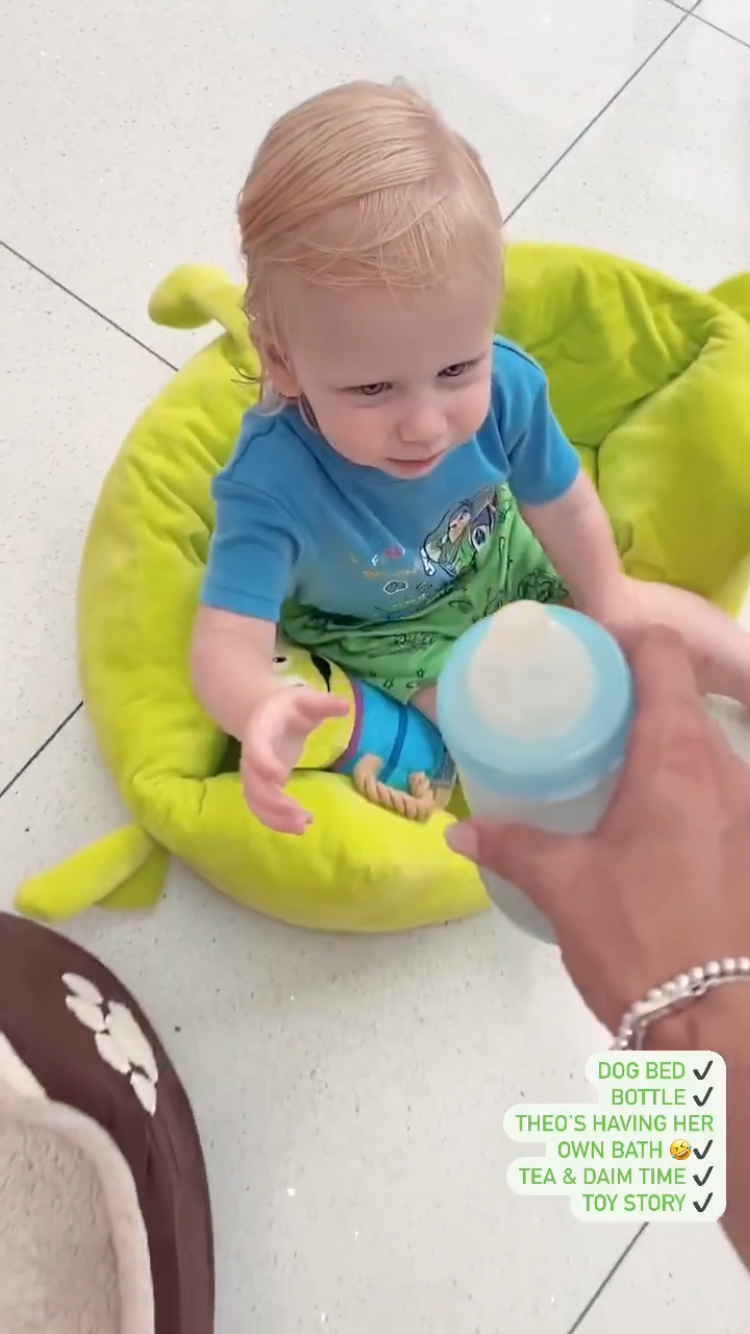 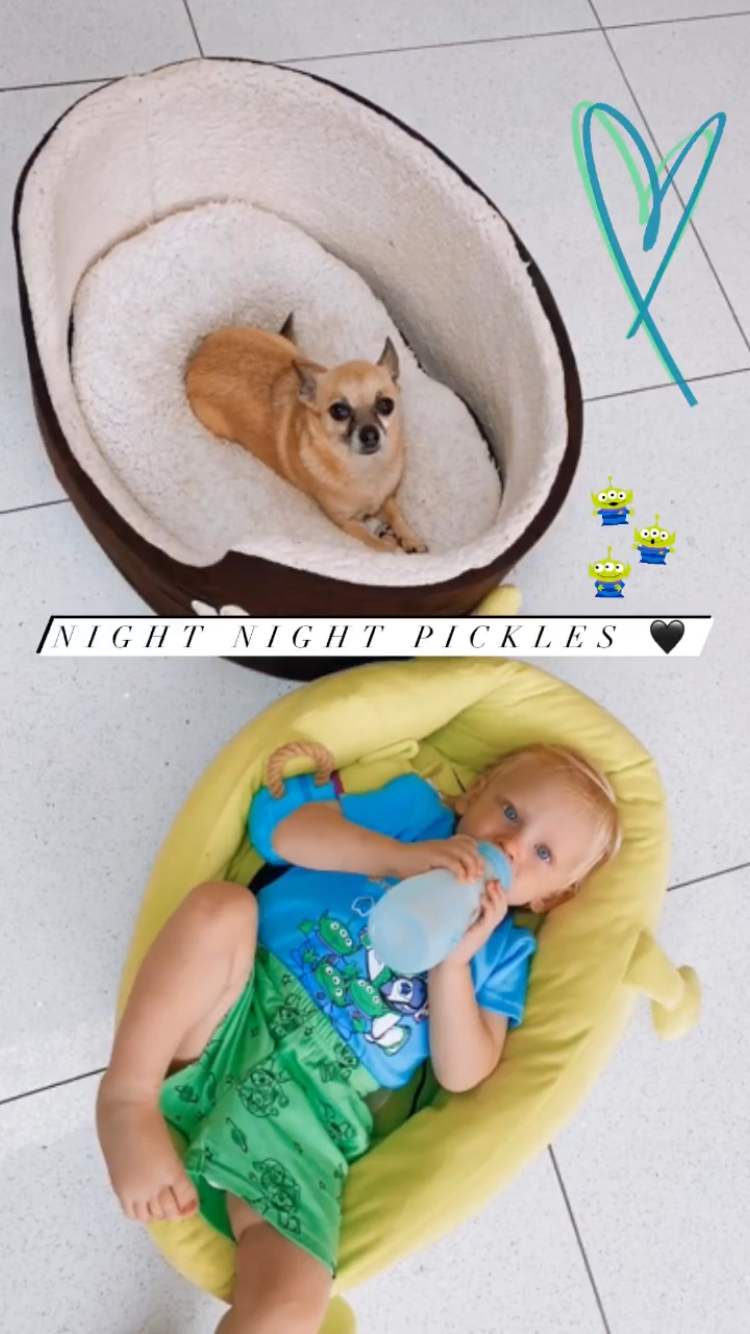 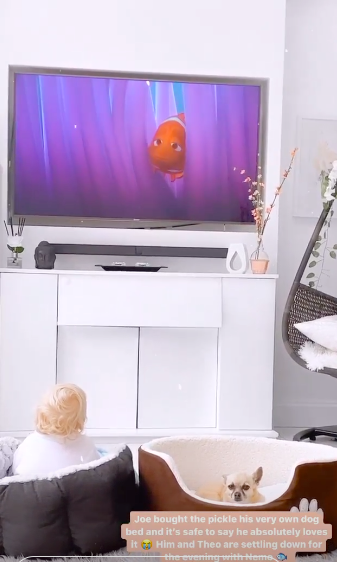 Later, she then showed a picture of Rex snuggled in his dog bed, next to her dog Theo curled up in his own fleecy basket.

Back in July, Stacey revealed that she had bought Rex a dog bed after he kept crawling in Theo’s bed.

Stacey posted the adorable moment Rex and Theo both watched TV from their dog beds as she relaxed with a glass of Coke.

Sharing with fans that Joe bought Rex his own, Stacey said: "Joe bought the pickle his very own dog bed and it's safe to say he absolutely loves it.

"Him and Theo are settling down for the evening with Nemo." 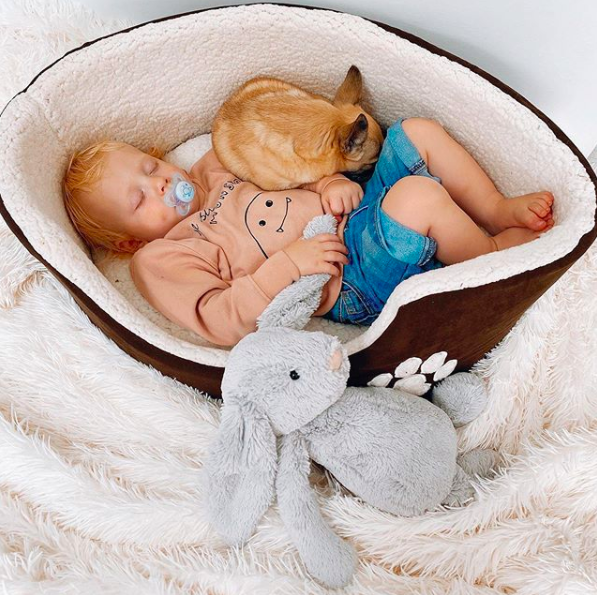 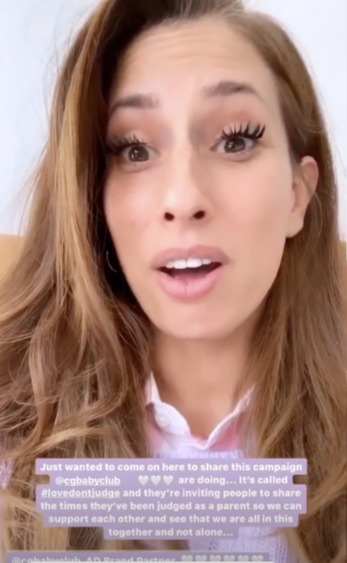 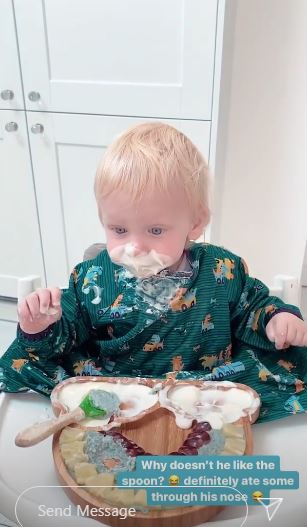 She said last month: "I feel like we get judged all of the time as parents.

"Only yesterday someone was telling me how filthy Rex's clothes are and that I should be ashamed.

"I laugh but sometimes it can make you feel really alone and that you're doing a rubbish job. 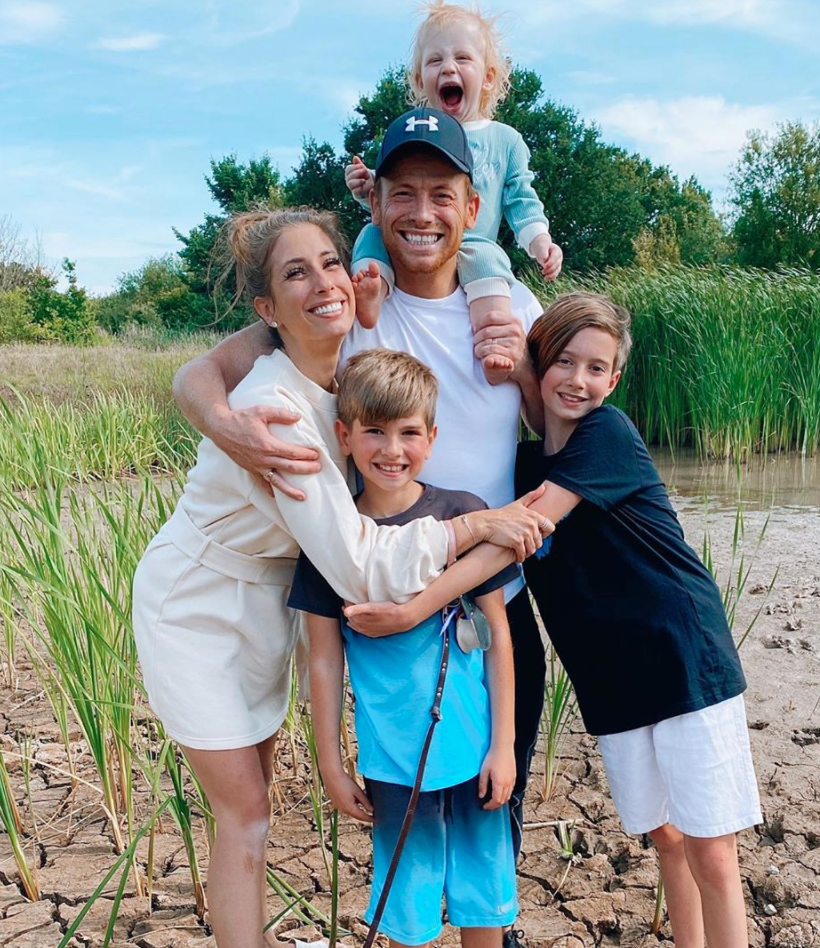 "So basically they're just encouraging people to share their judgements and their stories so that they don feel alone and realise that we're all in this together and we've got each others backs."

She added: "Don't be so hard on yourself, honestly if it makes you feel any better, Rex has eaten his own poo before."

You can now pick up Stacey Solomon favourite loungewear sets from Primark from just £12 and they come in four colours.

She also revealed that she wore a Primark swimming costume as a top for her first live Loose Women since lockdown.