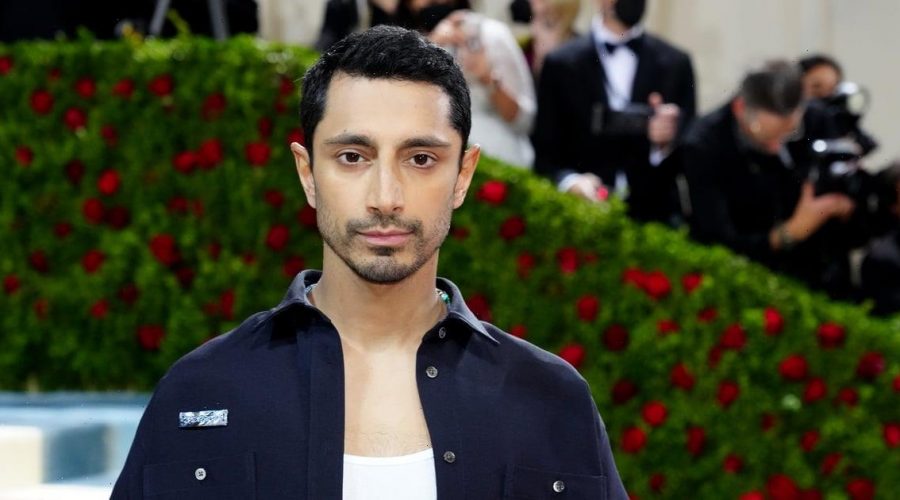 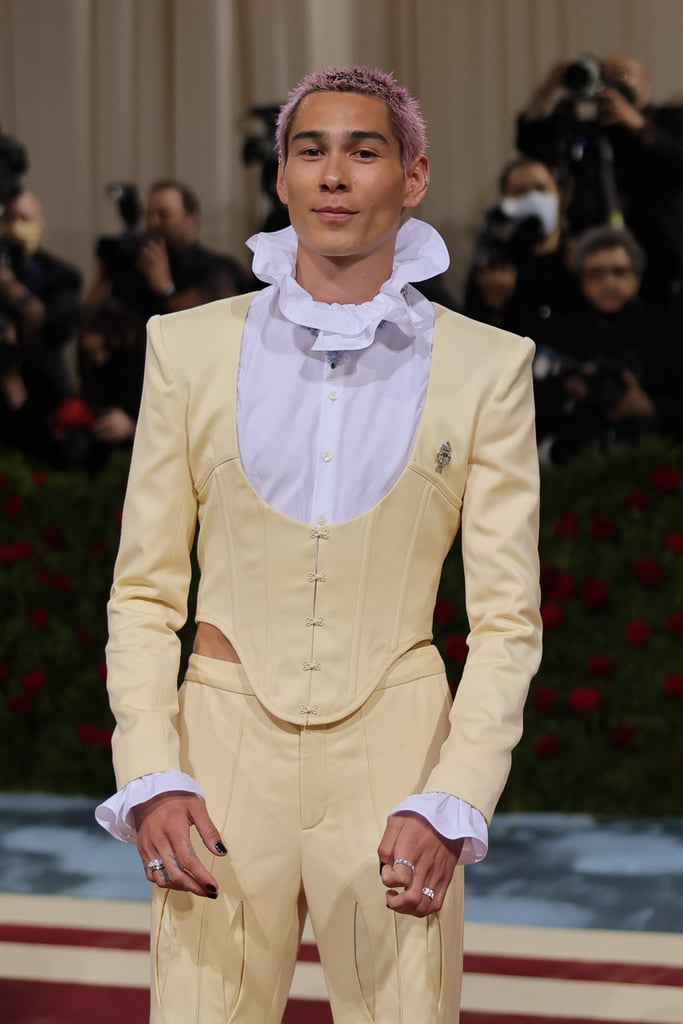 For the Met Gala 2022 Gilded Glamour theme, the brief called for opulence. Focusing on the period dubbed the Gilded Age (roughly between 1870 and 1900), the Met Gala encouraged a white tie dress code; known as “dress suit,” white tie was considered the standard formalwear attire in the 19th century. For gents, the dress code could look like a formal black tailcoat jacket, worn with a complete white waistcoat and a white shirt with a wing collar.

That said, at the Met Gala, attendees are known to use creative license and offer their own interpretation. From Evan Mock’s cream corseted co-ord with a ruffle collar to Leslie Odom’s structured black sailor hat, several men put their own unique twist on the theme.

Some even opted to make a political statement or use their look to pay tribute. “Moon Knight” star Riz Ahmed chose to spotlight immigrant workers with his ensemble. While most attendees’ historical aesthetic references leaned towards the dress of the elite, Ahmed donned an outfit honoring the era’s unsung heroes. “This is an homage to the immigrant workers who kept the Gilded Age going,” Ahmed told Vogue live stream host Emma Chamberlain. “I May Destroy You” actor Paapa Essiedu wore an oversized suit by Off-White to pay homage to the late Virgil Abloh. The dark blue velvet suit was from Virgil’s last collection, the emotional Fall 2022 tribute show in Paris.

Alongside Virgil Abloh, one designer whose work was prominent on the red, white, and blue carpet was Thom Browne. From Travis Barker’s kilt to Gunna’s beaded cape and signature dog bag, the Thom Browne gents were très chic.

See all the explorative menswear looks of the night ahead.