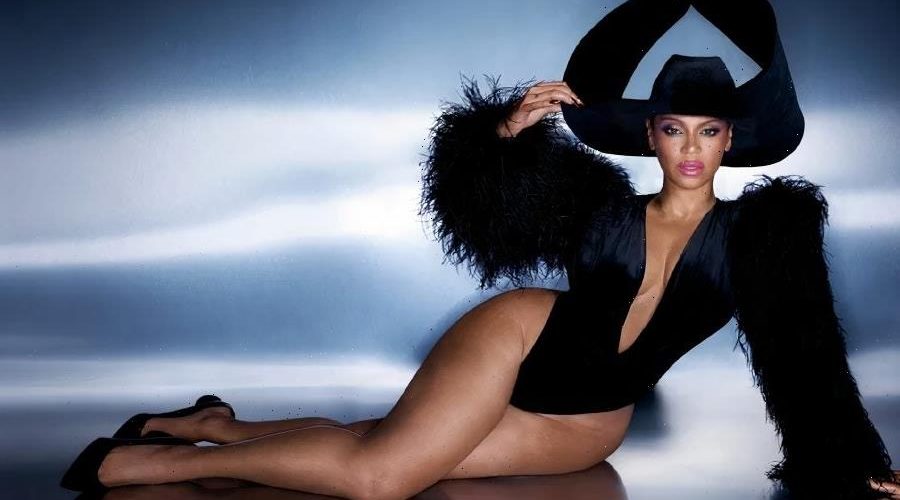 We know we keep talking about Beyoncé— but today is basically a national holiday in her honor. Today marks the start of a new era, or a new Renaissance, we should say. Now that her highly anticipated seventh studio album, Renaissance, is finally out in the world, be prepared for even more Beyoncé content. We’re soaking up every reference, every sample, every image, and every Twitter thread.

From the cover art of the lead single, “Break My Soul,” with the Houston icon wearing an Alaïa jumpsuit and custom Destree (the new French brand with a roster of all-female investors, including Rihanna and Bey herself) hat to the album cover itself, the lead-up to the album’s rollout has been nothing short of stylish. And she’s extending that same approach in style into the accompanying merch.

By now, you’ve listened to the 16-track, multi-genre-inspired album and have your favs. Well, you’re in luck because Beyoncé has curated a capsule collection of merch themed around the record and individual tracks. From the ‘That Girl’ white tank, with early aughts era- bebe inspired rhinestone applique, to the screen-printed black crew neck t-shirt adorned with an image of Beyoncé with an extraterritorial updo (think Conehead or Attack On Mars) in homage to the track “Alien Superstar.” With an offering of T-shirts, tanks, hoodies, and crewnecks alongside more novelty items/accessories like durags, opera gloves, and pasties— what are you waiting on?

Ahead, see what Renaissance-era merch items we’re adding to our carts.