FORMER deputy Labour leader Tom Watson looked unrecognisable at Glastonbury 2019, compared to the images that surfaced of him way back in 2017.

Back then, he weighed a hefty 22st and was living with a type 2 diabetes diagnosis. 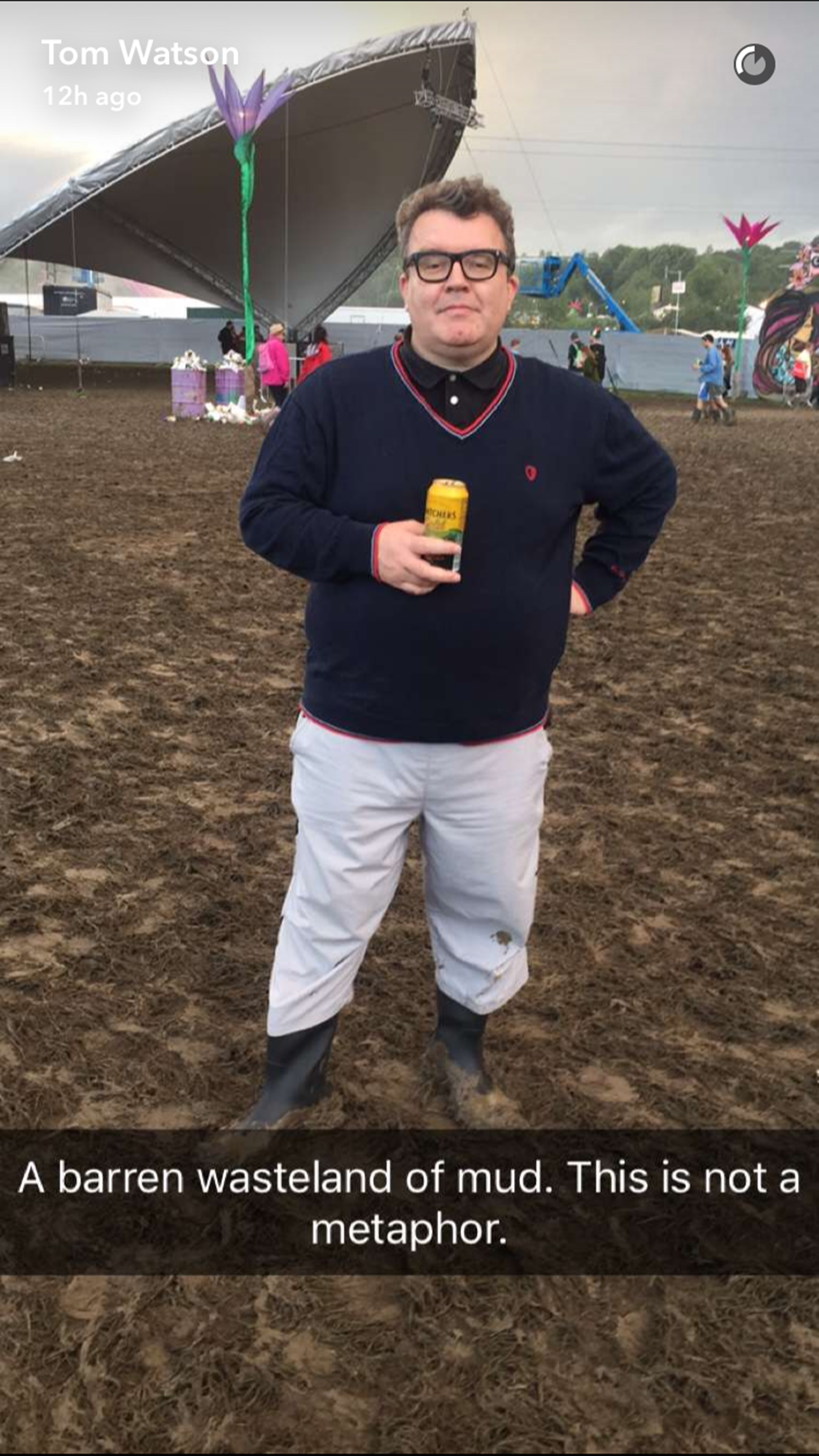 But in just over a year, Tom managed to shed a whopping 7st – and reversed his disease.

How? By ditching sugar and going keto.

The 52-year-old, who has now quit his role as deputy Labour leader, calls himself a "sugar addict" who forced himself to cut out all refined sugar.

He binned any processed foods in his cupboards that might have hidden sugar in them.

He told The Guardian that he does still eat brown rice and pasta when he's dining out and allows himself a little dark chocolate if he needs a fix.

Within just one month, his blood glucose levels were within a normal range and within a year, he was off his meds.

There's no specific "diabetes diet" and as with any kind of weight loss, what works for one person might not suit another.

But some people who have put their diabetes into remission have done so following the Mediterranean diet or by following a low-carb approach. 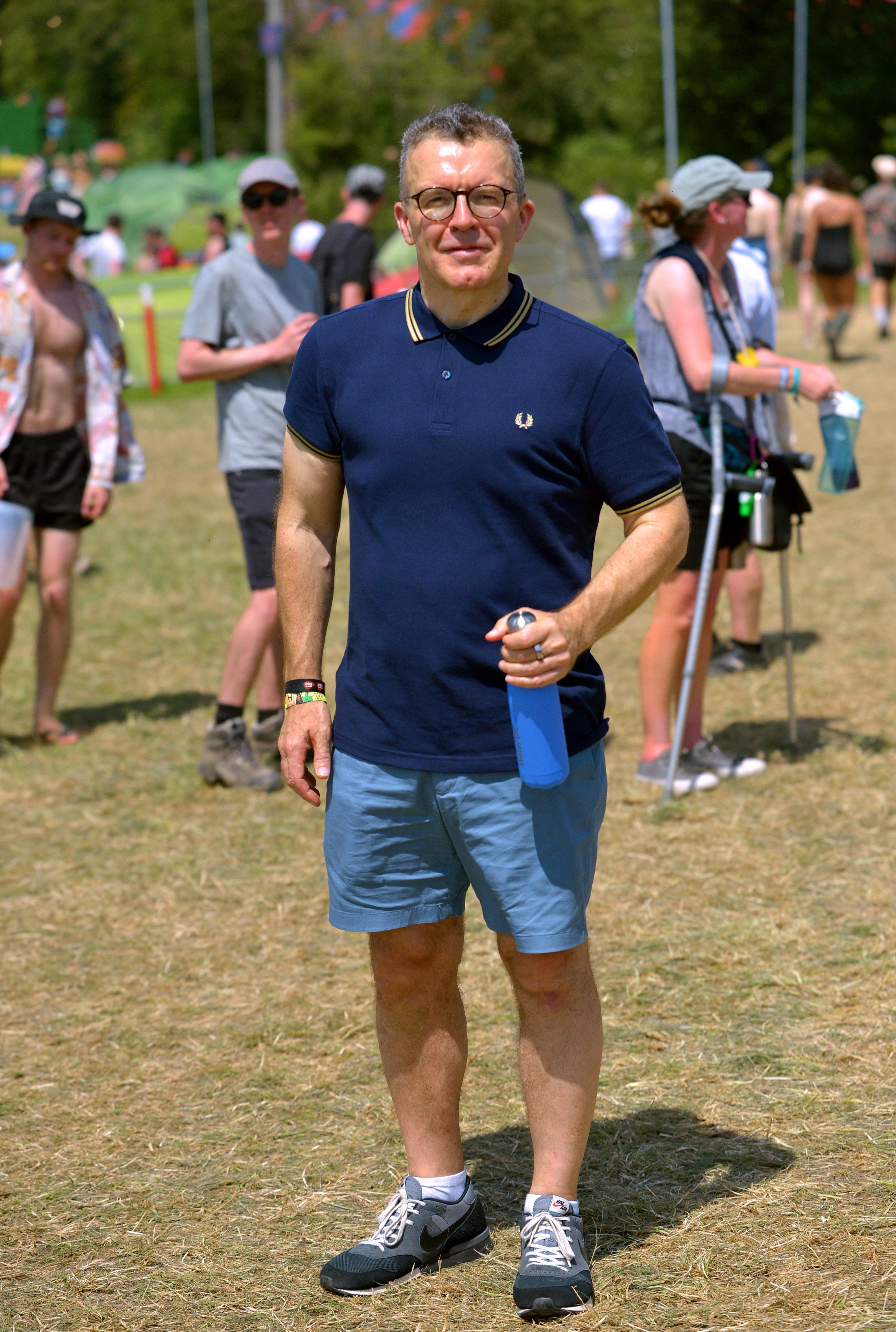 Losing as little as 5 per cent of your body weight, or 15kg, can have a massive impact on the condition.

So here's how to lose weight and reverse type 2 diabetes like Tom:

The Mediterranean diet is one that has existed for centuries.

Although diabetes is a disease concerning blood sugar, it's not just sugar we should be concerned about.

You want to be eating to bring down blood pressure and cholesterol too – and the Mediterranean diet has been proven to be one of the most heart-healthy ways of eating out there.

A review of 17 studies found that a Mediterranean-style diet was found to improve fasted glucose levels for people with type 2 diabetes far more than a low-fat diet.

A 2008 study found that people who eat a Mediterranean diet have an 83 per cent lower chance of developing diabetes.

Two trials concluded that eating like the Italians reduced cardiovascular issues and risk of early death.

Even without counting calories, there are huge benefits to eating a more Mediterranean diet.

You want to be focusing on whole foods – avoiding anything processed or pre-packaged.

Load up on good fats and lean proteins, chow down on fresh fruit and veg and make sure that when you are having carbs, you're choosing whole grains.

A low-carb Med diet (where half of daily calories come from fats like avocados, hummus, olive oil, cheese), has been found to have an even greater benefit than a higher carb one.

For some people, it might be easier just to ditch the carbs completely for a while, to kick-start their weight loss.

Reversing diabetes is a long-term project – and hopefully, a lifetime result.

So, by all means, start off with something dramatic but bear in mind that you'll have to transition to something sustainable.

The keto diet has been proven to decrease blood glucose levels.

A 24-week study looked at the effect of a low-carb diet on type 2 diabetics.

Scientists found that by the end, the patients had seen massive improvements to their glycemic control and medication reduction compared to others.

And a 2017 study found that the keto diet outperformed a conventional, low-fat diabetes diet over 32 weeks when it came to weight loss and glucose levels.

Keto may also work for women who have developed diabetes as a result of having polycystic ovarian syndrome.

PCOS survivors have a heightened risk of the condition due to the fact that up to 80 per cent of them have some kind of insulin resistance.

How to do 'lazy keto'

You don't have to track calories or macros to go keto.

Concentrate on making sure that your plate ratio looks balanced.

A general rule of thumb make sure:

If you are going to cut out grains, then it's absolutely crucial to make sure that you're getting at least five portions of veg a day.

If you'd rather not think about what you eat rather than when you eat, fasting might be a good option.

The 16:8 fast (where you eat all your food within an eight-hour window) has been proven to be a good way of lowering blood glucose and shifting body fat

A recent study found that fasting from 2pm improved insulin sensitivity in a group of pre-diabetic males.

And that could be down to the fact that we're better able to regulate blood glucose levels effectively in the morning, due to daily variations in metabolism.

So having hearty meals during the day and skipping dinner could be key.

At the end of the 10-month trial, they had all lost weight, lowered their blood glucose and had been able to stop using insulin after a month.

In one case, the person stopped having to use medication after just five days.

"This present case series showed that 24-hour fasting regimens can significantly reverse or eliminate the need for diabetic medication," concluded the authors.

Aside from weight loss, fasting is believed to have a number of health benefits.

There's no getting away from it – exercise is key in reversing type 2 diabetes.

Tom Watson puts his reversal largely down to rediscovering a love of cycling.

He now runs 5km twice a week, lifts weights twice a week and makes sure that he always does his 10,000 steps.

Being sedentary is known to be a risk factor for type 2 diabetes so you've got to get moving.

You don't have to be an athlete to get started.

"Eating healthily and doing regular physical activity like running can help you manage your weight and ultimately lower your risk of developing Type 2 diabetes," Douglas Twenefour, Deputy Head of Care at Diabetes UK, told The Sun.

"Nobody is expecting you to become a marathon runner overnight but running regularly benefits the body in a number of ways which will ultimately help prevent or manage the condition.

Why not follow our 12 easy tips to start running? They include power walking and treating yourself, so there's no excuse not to lace up and get out of your door!

Diabetes UK estimates that more than half of all cases of type 2 diabetes could have been prevented or delayed, with obesity being responsible for up to 85 per cent of someone's risk of developing the condition.

So an obvious solution is to change the way you eat and move.

The experts at Diabetes UK don't call it "reversal" because there's no guarantee that once your blood sugars have stabilised, they'll stay like that forever.

But they say that it's certainly possible to put your diabetes into remission – meaning that your blood sugar levels are below the diabetes range and you no longer need to take your medications.

4.7 million Brits currently live with diabetes – 90 per cent of which have the type 2 version of the disease.

More people than ever are at risk of developing type 2 and if nothing changes, over 5 million of us will have it by 2025.

That's terrifying, given that every week, more than 500 people die prematurely as a result of their condition.

Every single week in the UK, diabetes causes:

Symptoms of type 2 diabetes can include:

Douglas explains why running is so good:

Using insulin more effectively
When you’re living with type 2 diabetes, the insulin your body produces can be less effective at processing the glucose in your blood, which can lead to glucose building up in your bloodstream.

Running can help your body use the insulin it produces more efficiently, meaning your body becomes more effective at processing the glucose in your blood.

Exercise like running can increase the amount of glucose your body’s muscles use for energy, which in turn can help to lower blood glucose levels in the short-term.

This is important because a short-term rise in blood glucose levels can lead to symptoms such as the need to urinate more; thirstiness; and tiredness.

Maintaining a short-term blood glucose level of 4-7 millimoles per litre lowers the risk of developing such symptoms.

However, different people could be given different blood glucose targets depending on how their diabetes is treated and their personal circumstance.

Running not only helps keep glucose levels low in the short-term.

More effective processing of the glucose in your blood helps it stay within the healthy long-term range too.

Having high long-term blood glucose levels (HbA1c) of more than 48 millimoles per moles over time has been associated with life-changing complications of diabetes such as sight loss, kidney disease and amputations.

Running regularly will keep your long-term glucose levels in check, which in turn can prevent damage to the blood vessels supplying blood to your eyes, kidneys and nerves.

If you hate running, find another exercise that you do enjoy.