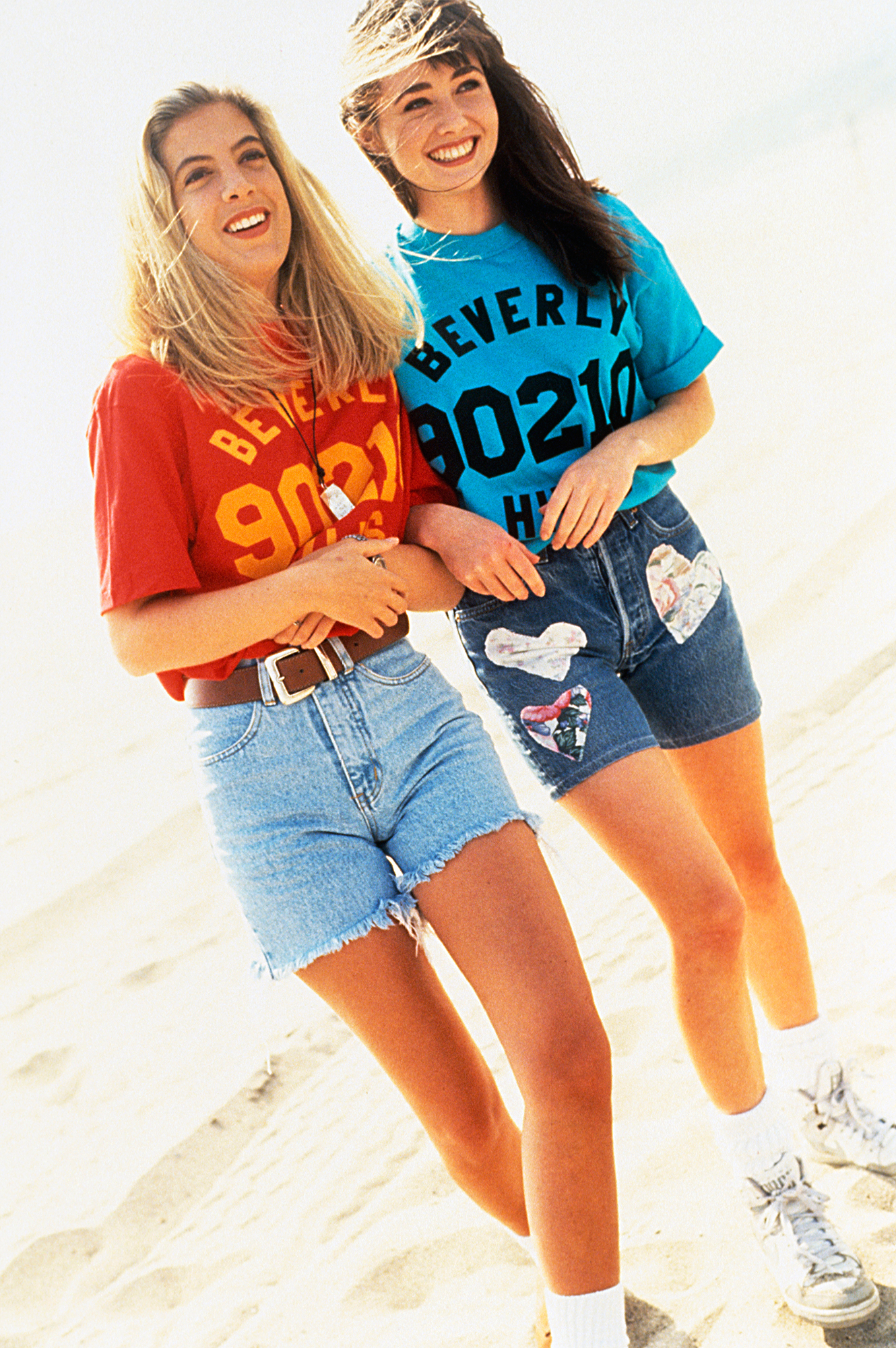 In more BH90210 news, Tori Spelling is asking fans what ‘90s styles they want to see resurrected in the reboot (as well as the ones they think should remain in the past).

On Monday, May 20, the 46-year-old actress posted a series of throwback pictures of her on set with Jennie Garth and Shannen Doherty. The shots may be a little blurry but one thing is crystal clear: their character’s had some serious style.

“It’s all about the 90’s fashion now… but guess where it all started? In the 90’s,” she wrote in the accompanying caption. “Kelly, Brenda, and Donna were quite the risk taking fashion plates back then.”

She continues that with the series returning on August 7, she’s curious to know which wardrobe should “resurface in a modernized way” and which “you’d like to bury in the time capsule the gang buried at West Beverly?” 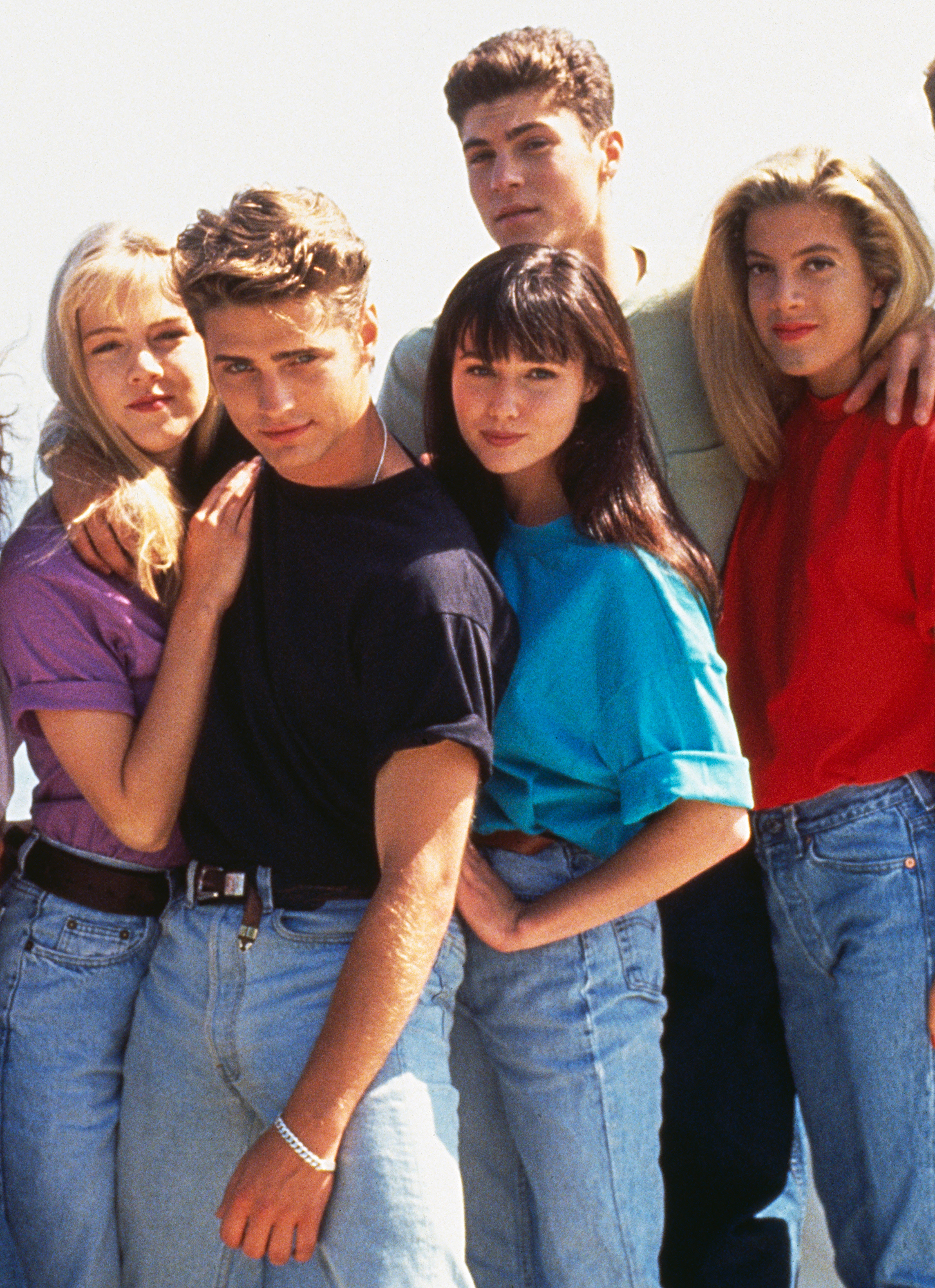 Fans were quick to chime in with suggestions, a few of which were reoccurring. Blazers with classic 501 Levi’s were a popular recommendation, as well as baby doll dresses with Doc Martens and t-shirts underneath.

As for looks fans do not want to see, that includes spandex biker shorts and shoulder pads. “Bury the spandex shorts, even though Kardashian’s think it’s cute, it’s not,” wrote forceofbeauty.

Others just seemed excited to see the stars return as 40-something women. “I love it all. Can’t wait to see you guys together again,” wrote @jspada2.

Premiering on Fox this summer, the quasi-revival of the iconic series has the stars of the series just as excited as fans. “It is the OG crew back together, and we’re playing heightened versions of ourselves,” Spelling revealed on Access Live back in February 2019. “The fans will be pleasantly surprised, though, because we will intercut that with scenes from the show. So it’ll be a whole ensemble cast.”