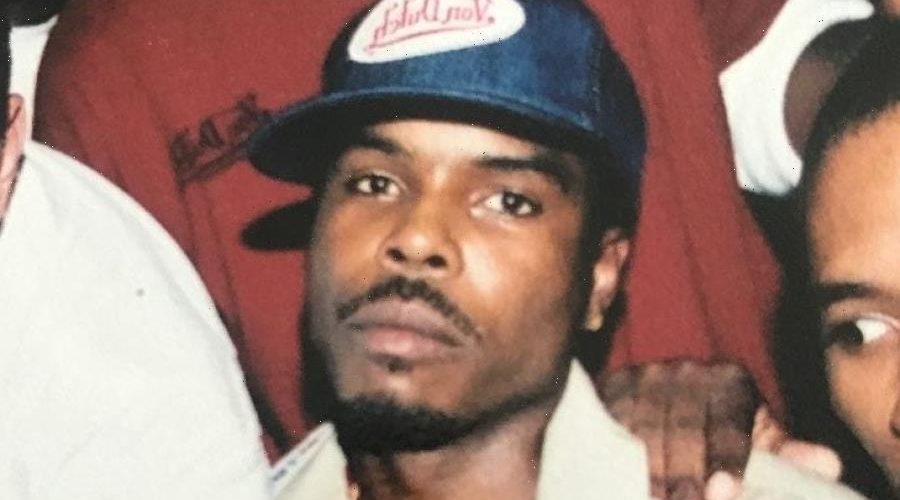 Let’s take a trip down memory lane: It’s the early ‘00s and low rise jeans, Juicy Couture sweatsuits, cargo pants, flares and denim skirts are everywhere. Oh, and we can’t forget spray painted graphics. The origins of Y2K are forming and we’re excited about new episodes of MTV Cribs, Punk’d, Pimp My Ride, and BET’s 106 & Park countdown with AJ and Free. The ultimate accessories of the times are Blackberrys, Motorola Razrs and T-Mobile Sidekicks. However, there’s one accessory, not made for texting, fyi, that’s taking over the world by storm — ornate trucker hats crafted by the brand Von Dutch.

Von Dutch was infamous and instantly recognizable, but unlike today, people weren’t heavily concerned about the overall origins of the brand. To most, Von Dutch was just a collection of edgy looking items that stormed the street and instantaneously became the designated attire for the cool kids. Decades later, Hulu’s recent release, The Curse Of Von Dutch: A Brand To Die For, a documentary series on the brand’s exhilarating path, is giving viewers an in-depth look on the rise (and fall),  showing exactly how Von Dutch became one of the most popular fashion brands in history.  The initial inception of the brand took place before the ‘90s with Kenny Howard, also known as Von Dutch. Howard was a talented artist and was also a fixture throughout the motorcycle community. His graphics were eye-catching and often incorporated a gore-like element similar to the eyeball with wings, which perfectly aligned with the style selections of his core audience of motorcyclists. After Howard’s death, the brand was sold to Michael Cassel and Robert Vaughn, with French designer Christian Audigier joining in to help popularize the brand.

Together, they cooked up a new formula which ultimately resulted in the beloved trucker hats. However, although the designs and quality were certainly flying off the shelves, it wasn’t until a man by the name of Tracey Mills came along to take the brand to the next level and familiarized everyone with the name,”Von Dutch.”

Mills was first introduced to the brand as a customer with no prior aspirations of pursuing a career in fashion. “I grew up playing basketball, and as I expressed in the documentary, my older brother played in the NBA for 12 years, so basketball was my dream,” Mills tells ESSENCE. However, after discovering Von Dutch in 2002 through his friend Breyon Prescott, who is now a manager to Jamie Foxx, Mills’s desire to find unique clothing soon turned into a life-changing trajectory. “I went down to the store and fell in love with the brand, but no one in our culture or really anyone at the time really knew about the brand. I started going down there often because I wanted to have what no one else had, so I was heavy on Von Dutch because no one else had it,” Mills explains. “Eventually, a lot of my friends, who happened to be celebrities, started asking me where I was getting the clothes from, so I started taking them there — like Hillary Duff, Lindsey Lohan, Usher, Brandy, Bow Wow and Puff (Diddy),” he reveals.

His frequency in the store didn’t go unnoticed. “The head designer Christian Audigier told his guys ‘Next time he comes into the store, bring him to me.’ So when I did, he offered me a job on the spot and I took it. That was the beginning of my fashion career,” he says. Mills naturally proved himself each time he came into the store and the team knew for certain he was bringing something valuable to the table. “When I took on the role, I was probably like 23, and it didn’t really register what I was really doing for the culture and for Black people. I was just being a young Black dude from the inner-city in LA,” Mills shares. “For me it was survival. I was broke and I wanted to be a part of something. It was good income, I could survive, pay my own bills, have my own place and I was doing something that came effortlessly to me: product placing a brand that I thought was dope and working on my personal relationships.”

His close proximity to celebrities served as a gateway to a formal title. “I took pride in my relationships,” he says. I didn’t have to go through managers. I had direct contact with the stars.”

Those relationships continued to grow. “I did that for three years with Von Dutch, and my job was just to put it on celebrities to give it exposure,” says Mills. “Christian was really in love with Black culture and hip-hop. He was like ‘Man, can you put this on people and get it known so we can make a killing?’ So that was what I did, and that was my only job.” As Mills secured more placements, the brand grew and he met more celebrities, but there was one placement in particular that acted as a true turning point. “One of the biggest celebrities that I put it on that really helped it was Ashton Kutcher. It was when he had one of the biggest shows on TV,” Mills remembers. “I put him in a trucker hat, and once I put him in that hat, it was over because everybody knew Punk’d and wanted to be on Punk’d.”

Mills pushed the brand forward and his impact was undeniable with the brand being popularized within Black culture and even wider in the pop culture scene under his tutelage. The streetwear-esque brand bridged two worlds in a way that the non-luxury industry hadn’t seen before. However, as many Black fashion luminaries experience, Mill’s impact was still not valued the way it deserved. After three years of Mills working with Von Dutch, Audigier left the company and Mills followed shortly after due to a denied request for a pay raise.

In the new documentary, it’s revealed that the original founder left a document that included a statement about never wanting Von Dutch to be associated with Black people. As you can imagine, the verbiage used was much more graphic. Ironically, as in many cases with successful brand, a Black creative was the prime protagonist to its success. “At the time, I had no idea,” Mills says. “Towards the end, right before I left, I started to hear things, but in the midst of it, I never had an idea because he wasn’t a part of the brand nor alive anymore. So I knew nothing about it. But, once I heard about it, especially in the interview when they told me about this letter on his dresser, it just made me smile. It made me smile because no matter who you are, if your spirit is negative and you choose to down someone for their skin tone or their background, you still can’t block what God has meant them to do.”

What was ahead was another opportunity for Mills to work his magic on a another fashion brand. “Six months later, he [Audigier] called me and was like ‘Hey, I’m starting a new brand, let’s do the same thing except I’m going to give you a bigger title. You’re going to be my VP of Marketing and I’m going to give you this amount of money.’ The brand was Ed Hardy, so I did that for six years and blew that out of the water,” Mills says. His influence and history of providing Von Dutch with maximum exposure ultimately earned him a VP title, and although his title was formalized, this time, Mills was still able to maintain his unconventional work style. “It was no real role for Von Dutch,” he explains. “It was just celebrity placement, but no title. When I went to Ed Hardy, it became a real role with the title, but still the freedom to be out in public and having the freedom to do my thing.”

Mills, who’d already taken two fashion brands mainstream, was ready to venture into new territory. For someone who had no initial plans of pursuing a career in fashion, he was prospering beyond measure, but what came next marked an even more dynamic chapter. “In 2010, Kanye came to me, we had already been friends for like five years, and wanted me to come to Paris and help him with this brand and at the time it was called Kanye West,” Mills says. “It was a high-end ready-to-wear womenswear brand and he was like, ‘Anna Wintour is going to help us get into fashion week, and we’re going to learn from the best in Paris.’” However, this time around Mills wasn’t relegated to celebrity placement for the brand that would ultimately become YEEZY. “I wore multiple hats with Kanye,” he shares. “I even designed jewelry for Watch The Throne. You have to be multifaceted when working with Kanye, so I learned a lot during that time.”

However, it wasn’t just West that Mills drew knowledge from.“When you’re around Anna Wintour, Ricardo Tisci, Carine Roitfeild and all these fashion kings and queens, you are learning so much. Then you also gain confidence in yourself, so for me that’s when I branched off on my own and created my own brand. Visitor On Earth came to life.”

The marketing mogul credits his time working alongside Ye as one of the most nurturing experiences in his career. “He would surround himself with those people that he would consider masters in their fields,” Mills shares. “With Kanye you get a warp speed course. In a year, you get like 15 years worth of experience.” To date, Von Dutch is still active and although the brand may not be as mainstream as it once was, the ‘00s reign will never be forgotten. Mills made a lasting impact and will always have a stamp on the brand’s history.