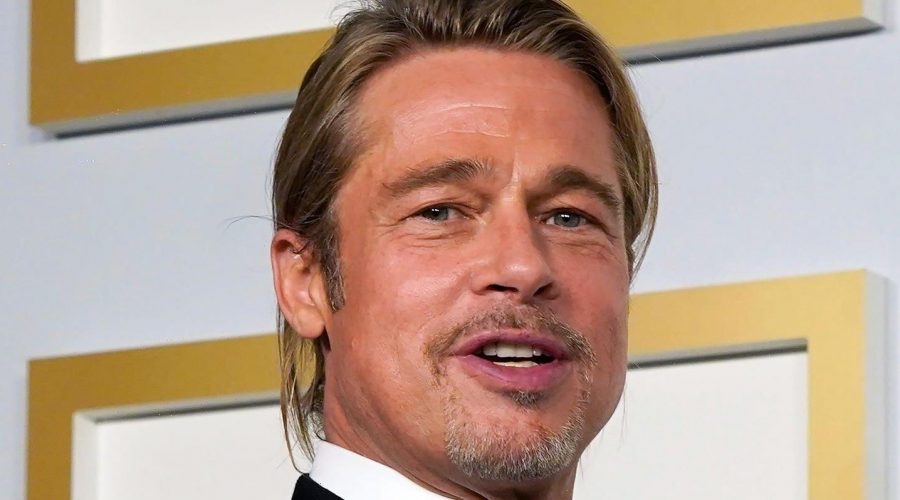 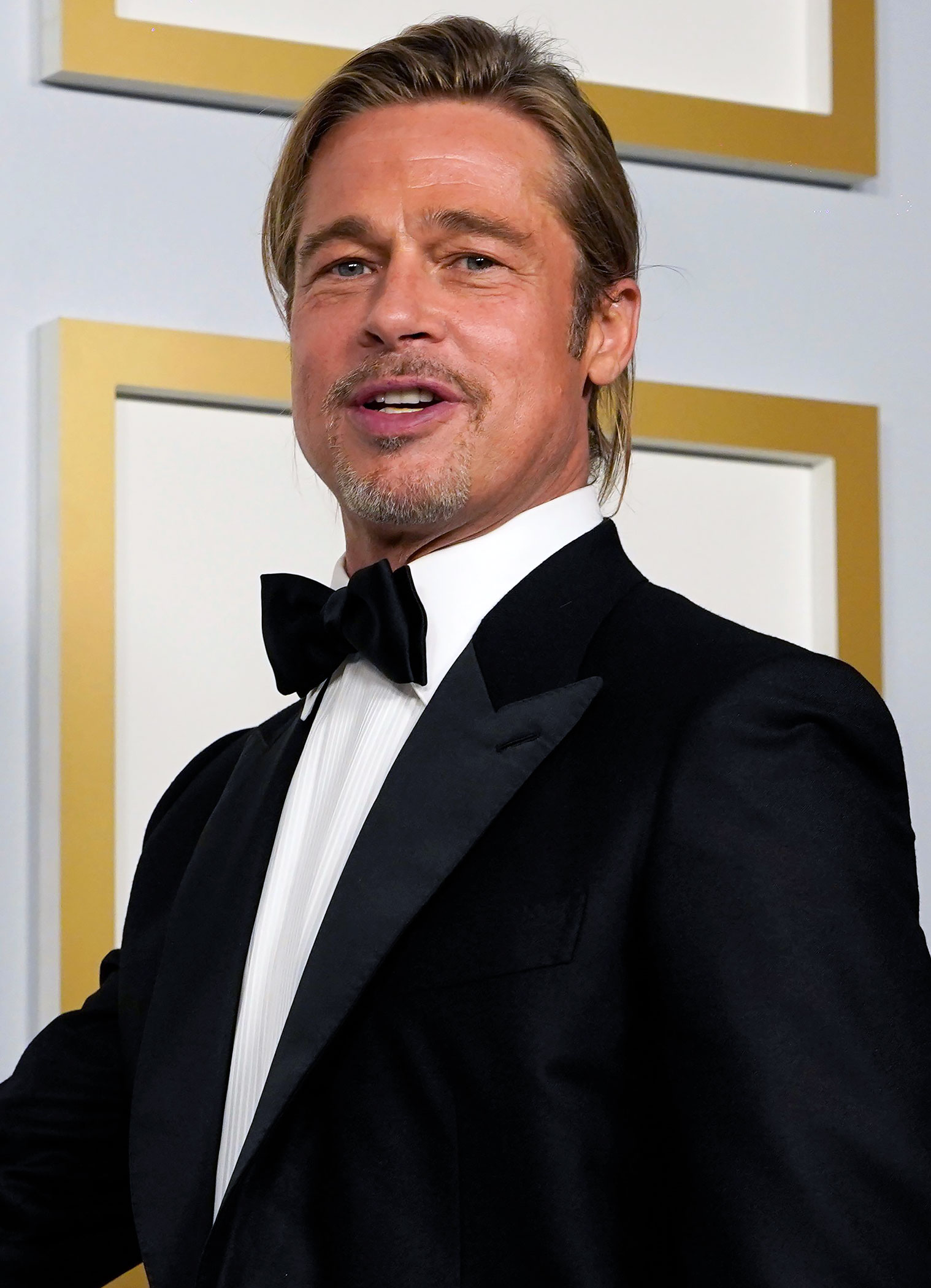 Hold the phone and pump the breaks because Brad Pitt has officially brought his man bun back! The 57-year-old star showed off styled long locks at the 2021 Oscars — and it was just as fabulous (and shiny!) as we could have hoped.

See What the Stars Wore to the Oscars Red Carpet

The Once Upon a Time in Hollywood actor may not have walked the red carpet on Sunday, April 25, but he certainly made up for lost time when he stepped foot on stage to present the award for best supporting actress.

Sure, his suit and tie were dapper as could be and he looked outrageously handsome — he’s one Hollywood hottest hunks after all. But the part of his look that truly sent Us spiraling was a little man bun on the back of his head.

The 10 Hottest Hunks at the Oscars

While it looks like he’s still in the beginning stages of serious hair growth, Pitt certainly had plenty of length to pull back and secure into an itty-bitty bun — and Twitter was very quick to call out the new style. 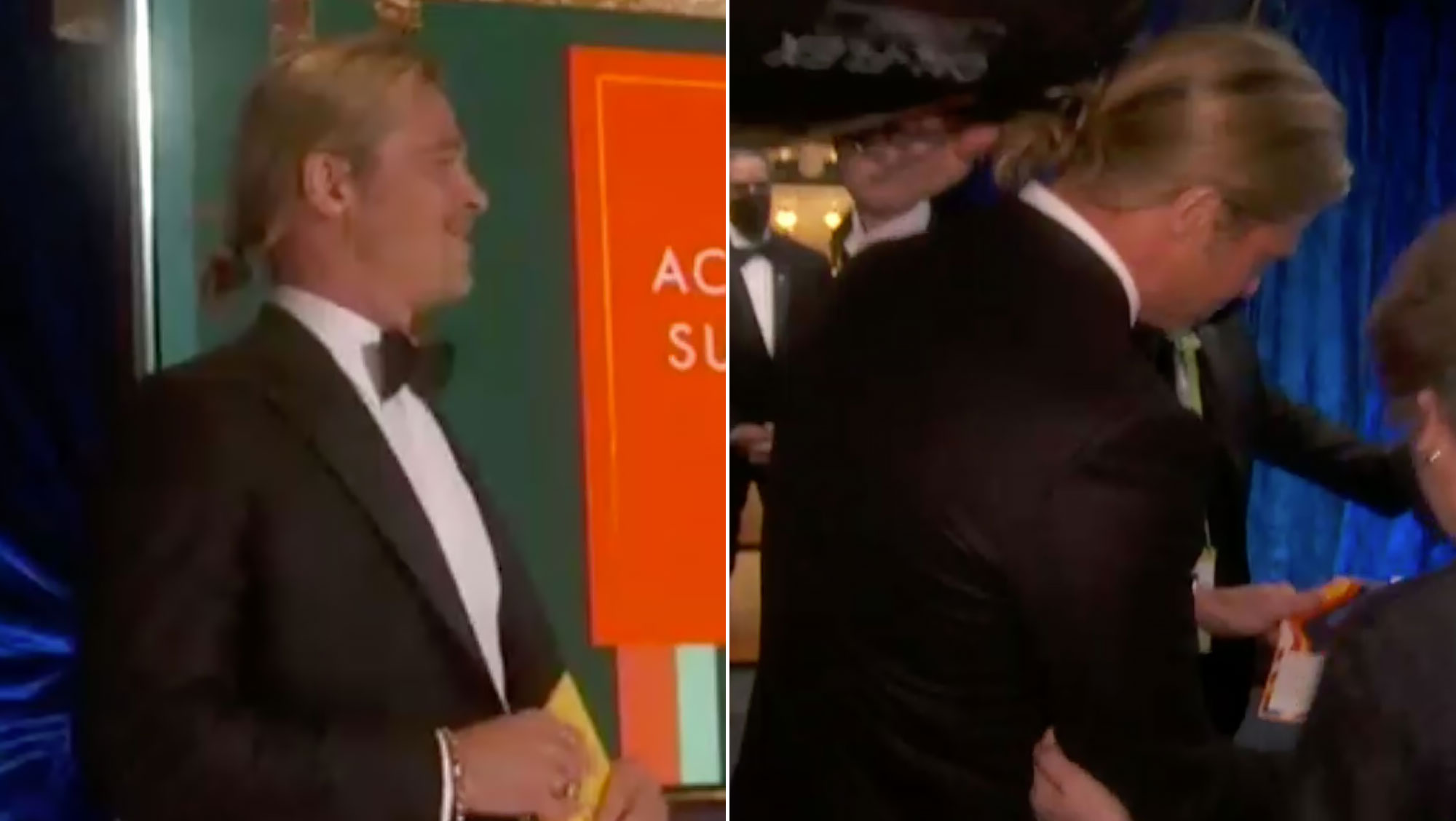 Another pointed out his silky smooth strands, chiming in with a very relatable: “I did a hair mask in the shower today, took a glow vitamin and I still don’t think my hair looks as nice and shiny as Brad Pitt’s low key man bun.”

Others couldn’t help but point out that the style was bringing them back to Pitt’s younger days, circa his Interview With the Vampire era. “This is the official campaign kickoff for Brad Pitt to keep the man bun and bring us back some ‘90s Brad lewks. WE’RE ROOTING FOR YOU,” a tweeter writes.

See the Hottest Hair and Makeup at the Oscars!

Even though his hair got some love, his Oscars appearance wasn’t met with favorable reactions across the board. He got a bit of flack for his interaction with Academy Award Winner Yuh-Jung Youn and Academy Award nominee Maria Bakalova.

“Brad Pitt spent more time putting his hair into a man bun than he did helping Yuh-Jung Youn get off the stage, but that’s just something I noticed personally.”

Another made a very poignant reference, saying: “Brad Pitt can pronounce Chitty Chitty Bang Bang but not Maria Bakalova.”