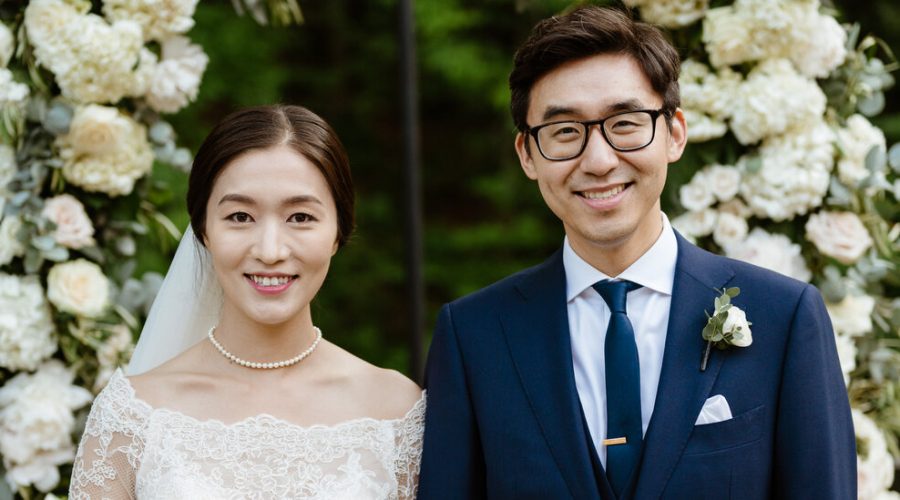 Six weeks later, Ms. Park, 33, became frustrated with Dr. Hong, 34, for what she said was “his lack of communication where our relationship was concerned.”

“I kept waiting for Joseph to tell me how much he cared for me and how he wanted to be with me forever, but he never said a word,” said Ms. Park, a litigation associate at Credit Suisse in New York. She graduated from Williams College in Williamstown, Mass., and received a law degree from the University of Pennsylvania.

“He’s a wonderful man, but he’s sort of an introvert,” Ms. Park said of Dr. Hong, an internal medicine physician at Montefiore Medical Center, Wakefield Campus, in the Bronx, where he is also the associate program director of the Internal Medicine Residency program.

As it turned out, one member of Dr. Hong’s family also felt he was not doing enough to showcase his true feelings for Ms. Park.

“His younger sister told him, ‘You met this woman online, and she probably does not think you’re in a committed relationship — she’s probably waiting for you to say something.”

Dr. Hong blamed some of the problem on the couple’s first date, which got them off to a slow start. “We went to a dessert cafe in Manhattan, and we were still a little leery, still feeling each other out,” he said. “It’s not as if that first get-together was a very magical one.” 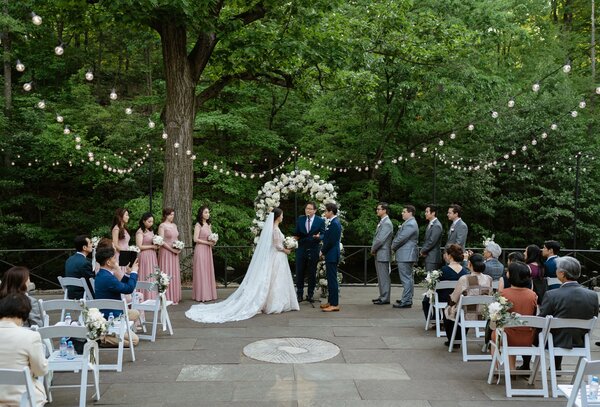 In an effort to clear the air and discuss the seriousness of their future, Ms. Park and Dr. Hong got some clarity from what she called a “D.T.R. Moment.”

“By that I mean defining the relationship,” Ms. Park said. “We talked and said that by Valentine’s Day we should be seriously dating with a long-term commitment from both of us.”

Dr. Hong pushed all the right buttons from there, buying Ms. Park cappuccino truffles — her favorite — from three different chocolatiers in Manhattan, along with a Pusheen stuffed animal to help celebrate the most romantic day of the year.

He then proceeded to formally ask Ms. Park if they could now “date seriously and exclusively.”

Ms. Park was thrilled. Her D.T.R. moment had arrived.

“Joseph was so thoughtful and sweet and nervous about the whole thing,” she said. “I happily told him yes, we will date exclusively, and that I wanted the same things out of life that he did.”

The following month, the coronavirus was taking hold of New York and people began sheltering in place.

Ms. Park and Dr. Hong, both of whom lived in Manhattan, went six weeks without seeing each other during one difficult stretch, as Dr. Hong worked 10- and 12-hour shifts at Montefiore Hospital helping to fight the coronavirus.

“We made a lot of FaceTime calls,” Ms. Parks said. ‘We really, really missed each other.”

They were married May 21 at the New York Botanical Garden before the Rev. Samuel An, a Presbyterian minister, and 45 guests.

“Not only has Joseph enhanced our relationship by becoming a better communicator,” the bride said, “but he has proved his bravery over and over again in the fight against this awful virus. There is no one else in the world who I would want to be the father of my children.”