WHETHER it’s vetting each other’s nudes, sharing baths, waxing each other’s bikini lines or having post-sex debriefs while the lad's still in the room, nothing is off limits for Britain’s closest best friends.

Montana Brown, 25, who appeared on Love Island in 2017, recently revealed how close the girls really get in the famous Villa – admitting they were waxing each other’s bikini lines “by the third week”, as well as being intimately aware of each other’s sex lives. 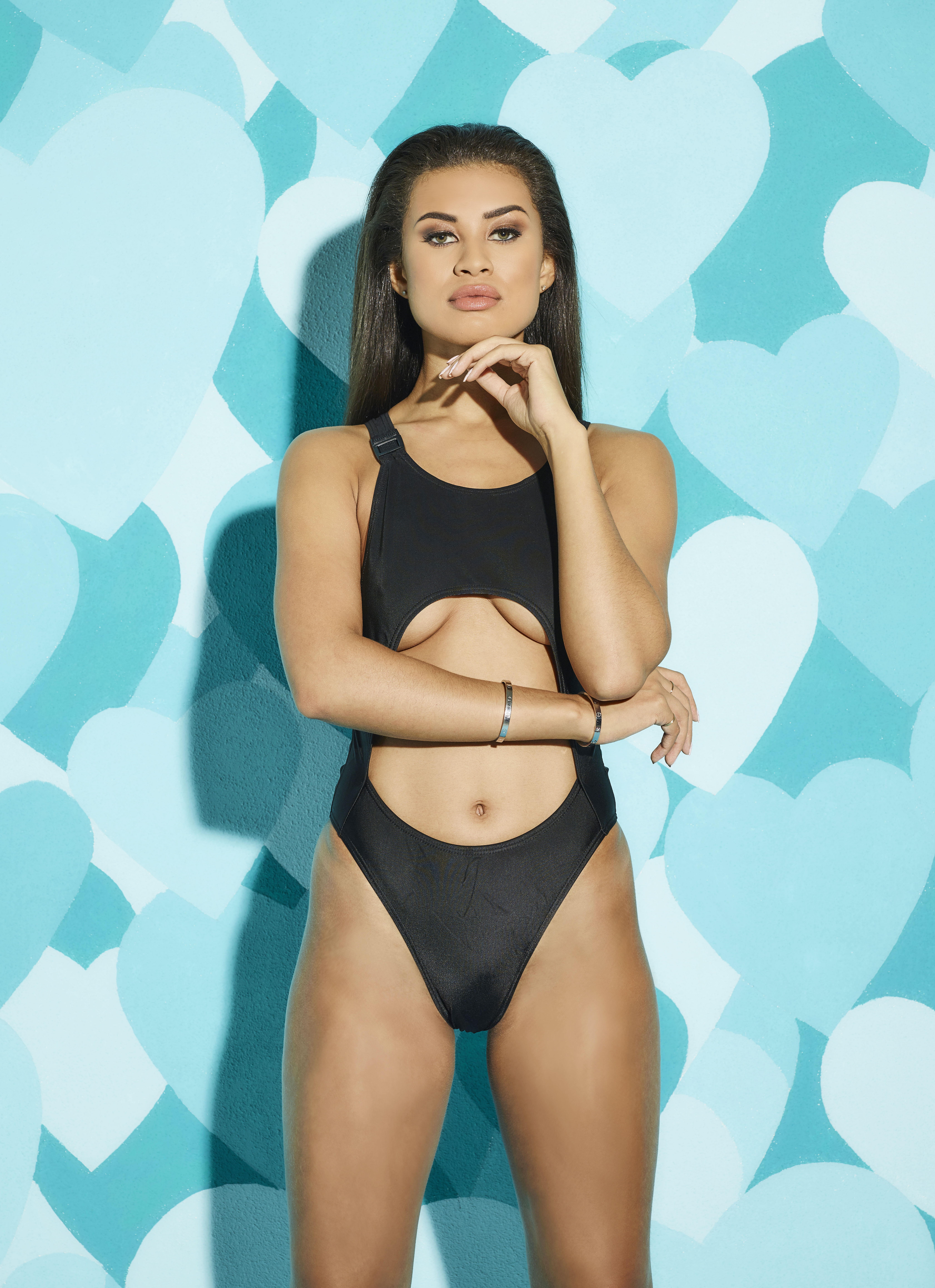 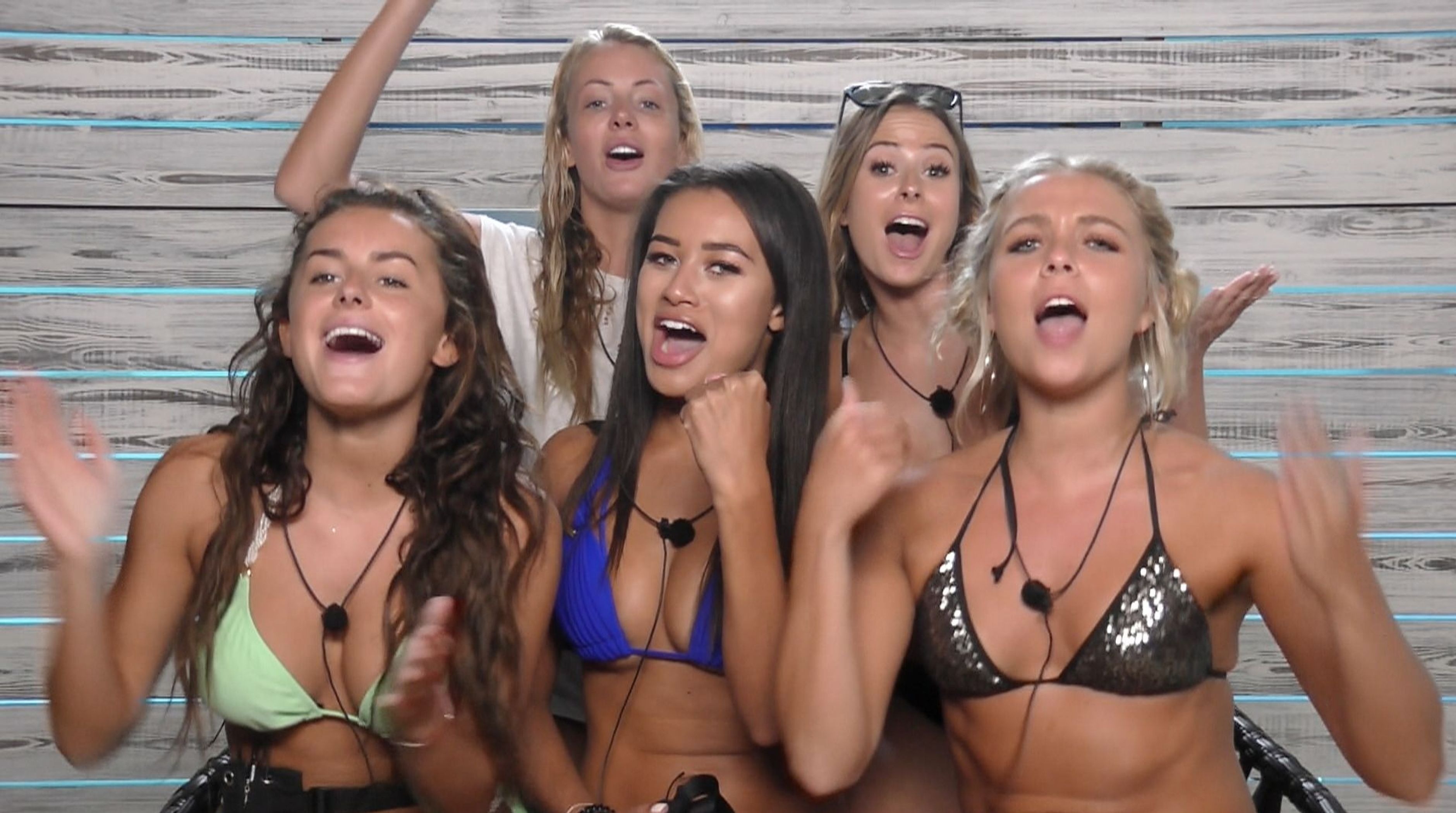 “I saw everyone’s bum holes, everyone’s vaginas,” she explained.” It was like, ‘Wax time, girls — which one of you wants your vagina waxed first?’”

It may seem too much for some, but these three pairs of besties are equally comfortable with each other.

Speaking to Fabulous, they tell their stories… 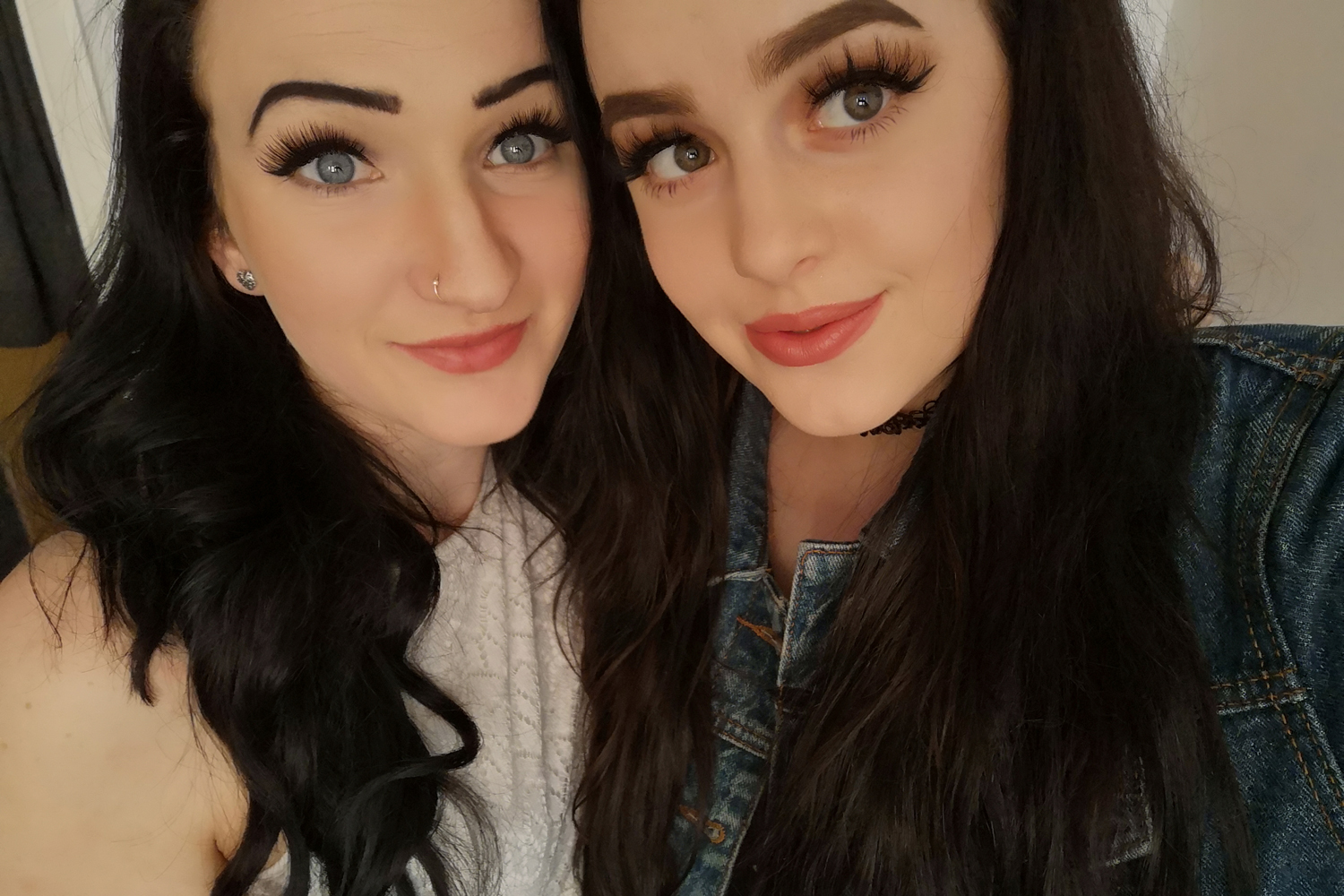 Jess Cox and Lucy Adams, both 23 from Yeovil, Somerset, bonded on a night out after realising they had both slept with the same person – and have been inseparable ever since.

Covid marshall Lucy and bestie Jess, a jewellery business owner, have shared baths, done each other’s bikini waxes and vetted their pal’s nudes before sending them to a bloke.

They’ve been best friends for five years and even have matching tattoos. Jess says: “We met at a nightclub, it’s a funny story. I was with my then-boyfriend who went up to Lucy and hugged her in the smoking area.

“I was a bit drunk so when he walked off, I went up to her and said ‘how do you know Will*?’ and she said ‘I slept with him, how do you know him?’ I said ‘that’s my boyfriend’.

“That’s how we became friends, because she’d slept with my boyfriend before we got together.” 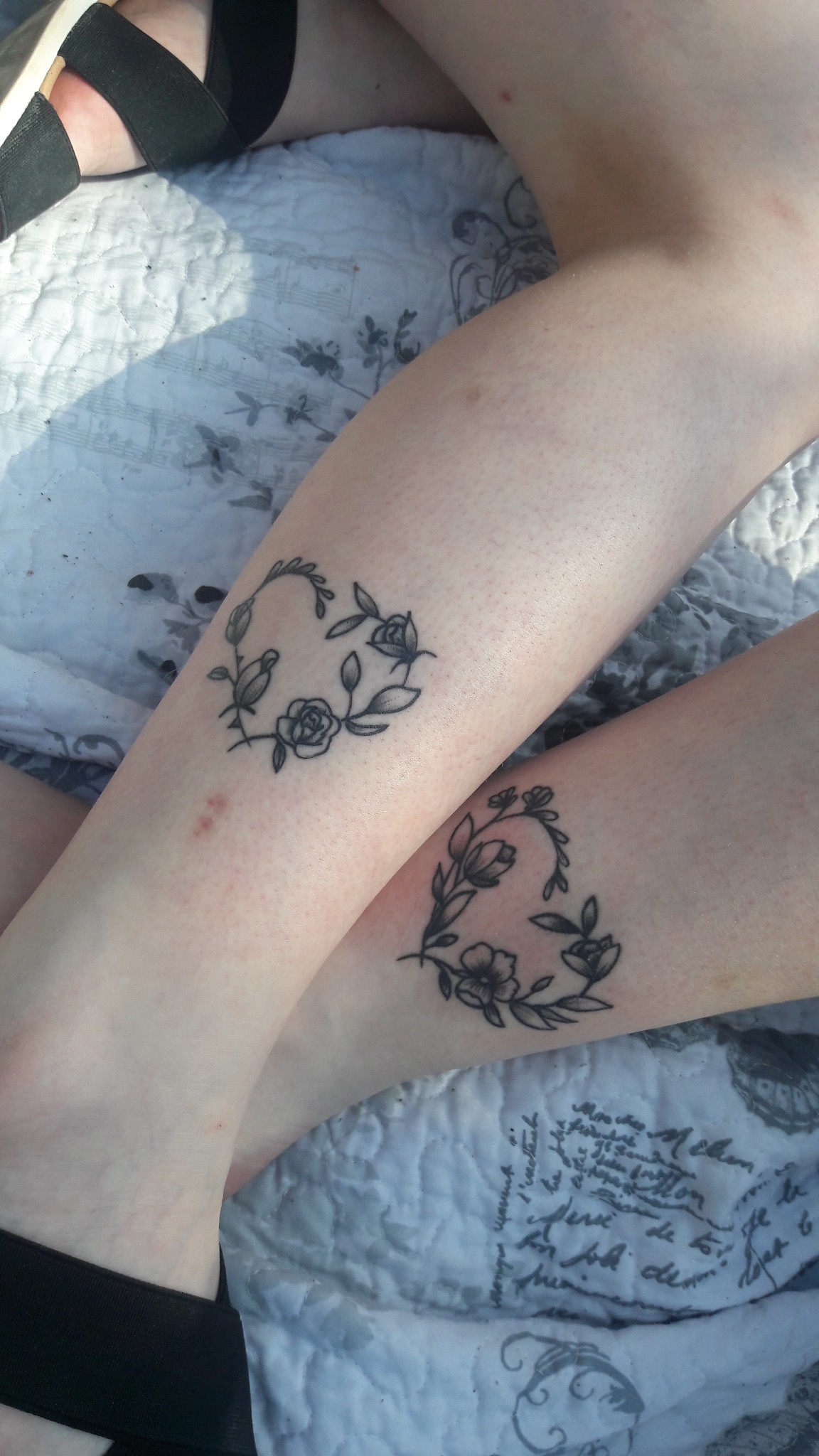 The pair exchanged numbers and stayed in contact. Lucy explains: “We became friends, then one night I asked her if she wanted to come over for pre-drinks so I gave her my address.

“Jess texted back ‘no way’. She said ‘look out of the window’ and she was waving at me, it turned out she lived in the house directly opposite.

“Ever since then, we’ve been inseparable. Jess had a key to my flat and would bring me food while I was out at work. I’d come home and she’d have stocked up my fridge and tidied up. She’d bring me presents in too.”

Lucy recently moved back in with her mum, a five-minute drive from Jess’, after being furloughed from her job as a forklift driver.

When they lived opposite, the besties would see each other every day, roping the other in any time they wanted to go for drinks or just pop to Lidl.

Jess, who’s been in a relationship with carer Connor, 26, for three years, even moved into Lucy’s flat so she wasn’t living alone during lockdown.

We’ve shared baths before, at first we wore swimsuits but now we don’t care, we’ll make it fun with some drinks, music and face masks

Lucy, who’s single, says: “When we can’t be together, we’ll screen share on FaceTime.

“I’ll be on Tinder, looking at guys and she’ll be going ‘yep, no, yep, no’ or telling me what to say. We chat on the phone or Snapchat multiple times a day.

“Whenever she sends a nude to her boyfriend, she’ll send them to me before too.” 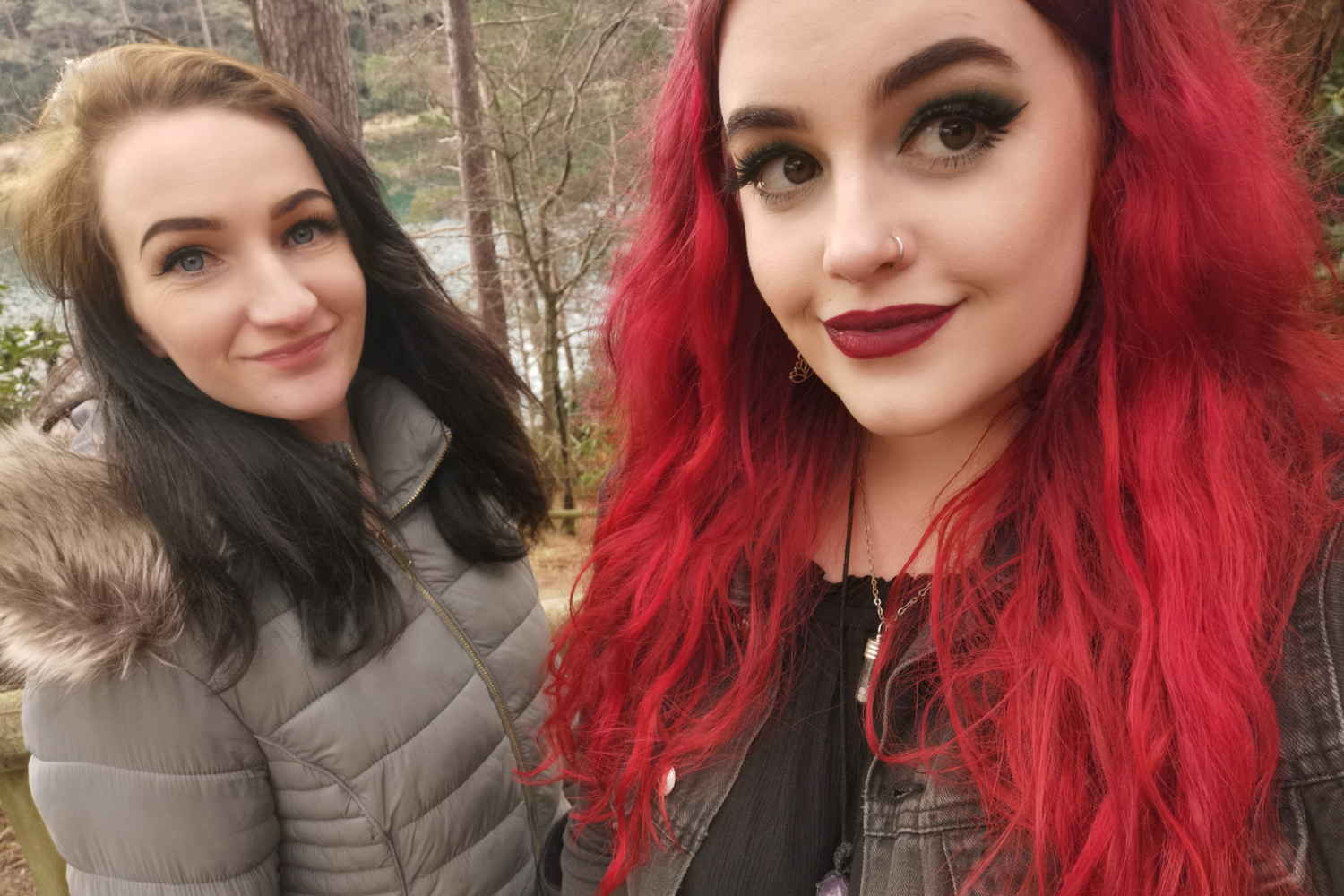 “We’ve shared baths before, at first we wore swimsuits but now we don’t care, we’ll make it fun with some drinks, music and face masks.

“My boyfriend got jealous of the baths, he thinks it’s weird, but anyone we date has to get used to there being three of us.

“We’ve seen each other naked so many times. It’s just the norm to us. I’ve waxed her bikini line before too, during lockdown.

“We’re very close with our sex lives. A lot of the time, she’ll message me and say she’s had sex then I’ll say ‘ooh how did it go’.

“She talks very intimately about it, tells me the ins and out of everything, I do the same and we’ll compare things.

“Before Lucy moved, we would go everywhere with each other and people always used to think we were twins because we do look really similar.

“A lot of people think we’re too close, but we just laugh it off.”

*Will is not his real name. Lucy also works as a photographer, you can find out more here. 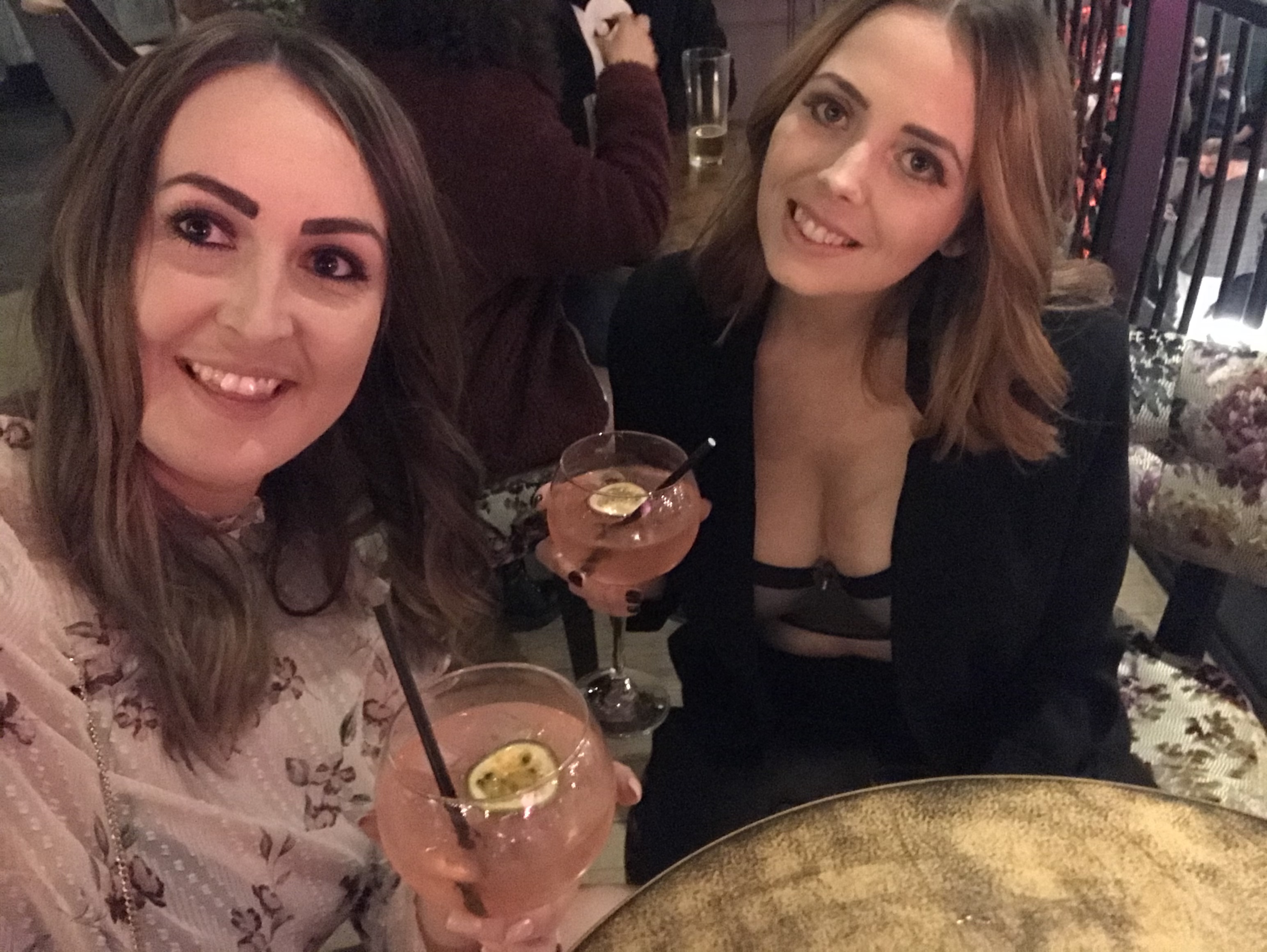 Rachel Smith and Kellee Wilkes, both 32, from Leicester, vet their pal’s sexy pics, get invited as each other’s plus one to weddings and have been best friends for 20 years.

Kellee, who works in sales for waste management, even steps in to cover parents’ evening for Rachel’s son Roman, 12, when his mum’s stuck at work, where she’s an accounts assistant.

Kellee explains: “We’re both single, I think the only relationship we’re in is with each other.

"We’ve been best friends since high school, when we were 11 or 12. We sat next to each other in science and immediately started causing trouble together.

“We get invited to weddings as a couple and I’ve been Rachel’s plus one to her Christmas party for about 11 years now.

“There was one year I nearly got ditched for her then-boyfriend, but I made the cut in the end.”

I love that Kellee is up for the most random things, I made a Moonpig birthday card for my boyfriend once and I got Kell to come round and throw cakes at me while I was in my underwear

“Work think I’m a lesbian,” Rachel jokes. “One time, we didn’t post on Instagram together for three weeks and we got asked if we’d fallen out.

“During lockdown, we’ve been going for walks together twice a day, every morning and then again at lunch.

“We’d never go a day without chatting. One time, I couldn’t get hold of Kellee for a few hours and I thought it was really weird.

“I convinced myself she might have fallen down the stairs or something, so I took my dad round to go in through the window.

“It turned out she was in hospital with meningitis, so I was right to worry. But it just shows how quickly we would think something’s wrong if we didn’t have a few text messages from the other person.

“I live with my son and Kell lives by herself, a five-minute walk away. If Roman needs to go to football training or parents’ evening, Kellee will fill in if I’m at work. He’s always had Kell around, taking him to McDonald’s when she’s doing the school run, he calls her his aunty.” 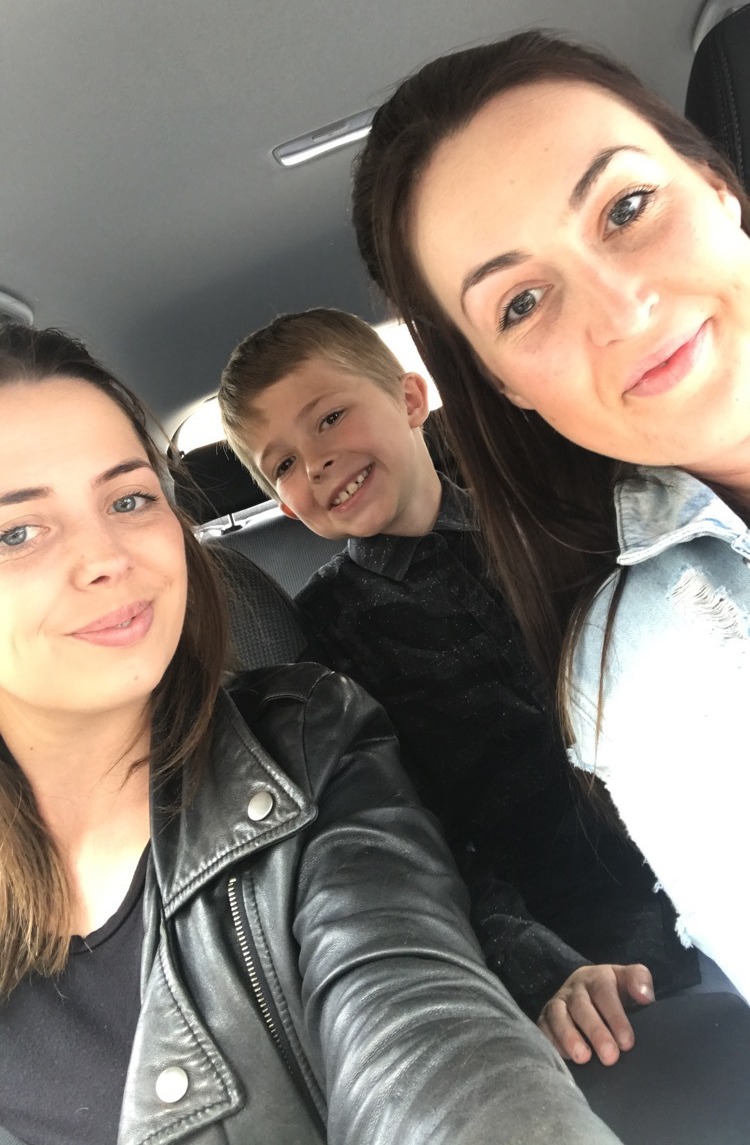 Kellee says their close bond has never been an issue with partners, adding: “In our last relationship, they were actually really good friends.

“Rachel’s been in more relationships than me but I normally end up being the third wheel. People just think of us as one, no-one’s ever said we’re too close.

“I love that she’s got the same daft sense of humour as me, we find the most silly things funny.

“I love how spontaneous Rachel is too. In the past, she’s literally rang me up on a Friday evening and said ‘do you want to go to Magaluf this weekend?’ I really like that.” 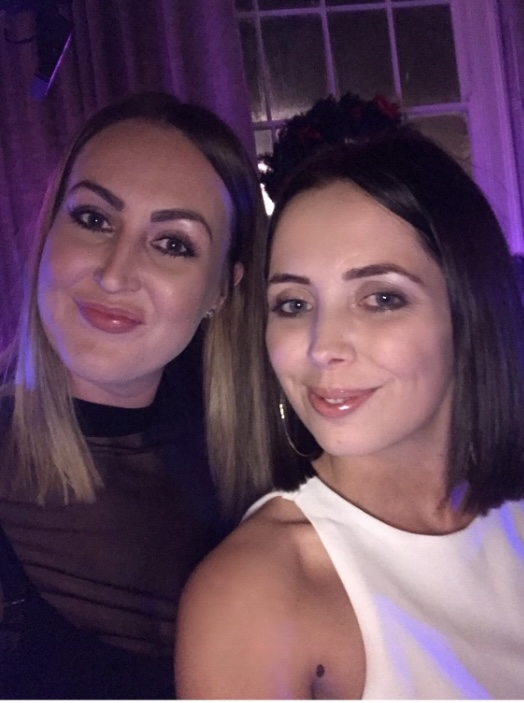 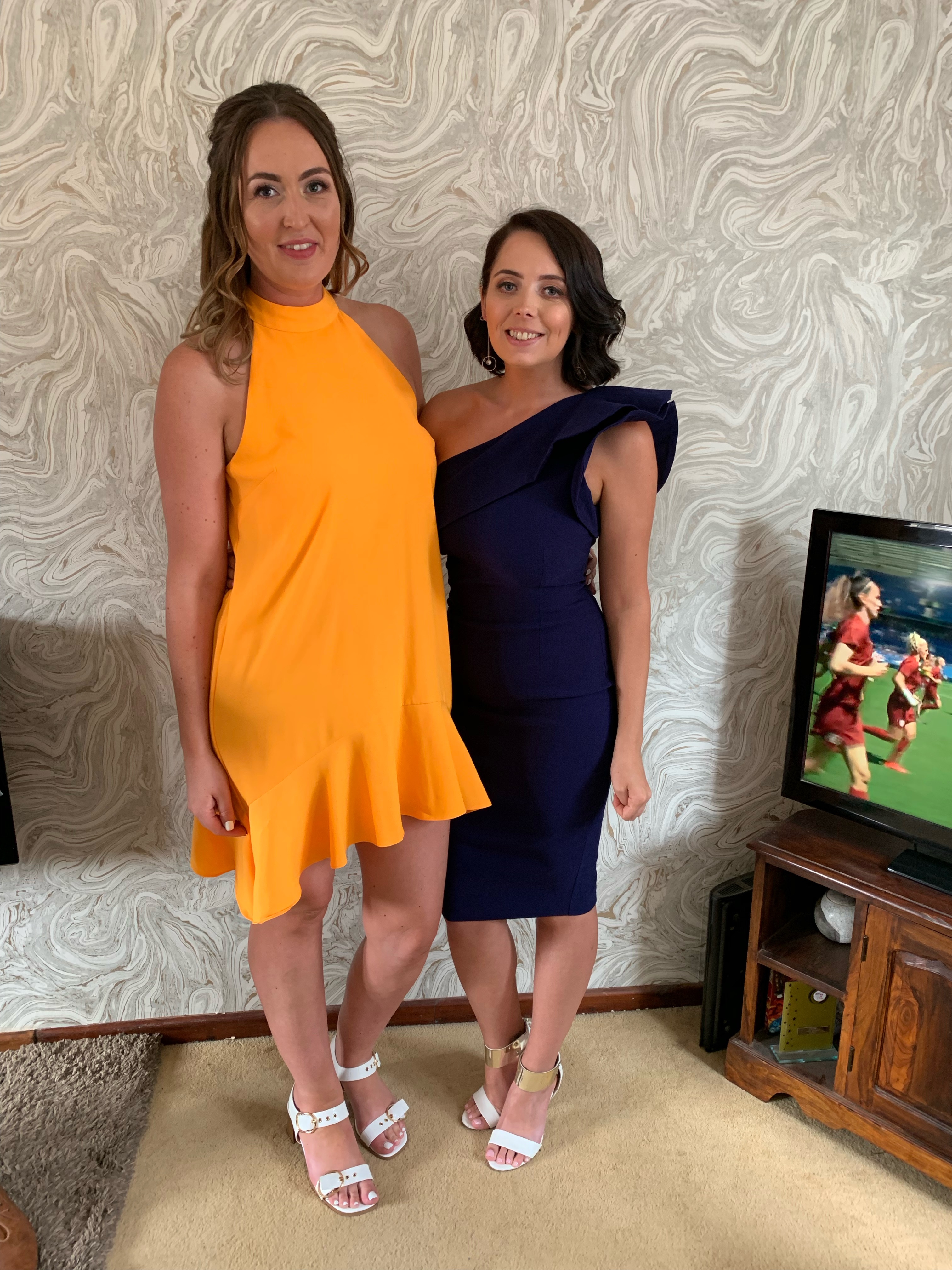 Rachel agrees, adding: “People normally say they’re jealous of how close we are, no-one’s ever said ‘oh that’s weird’ – although they don’t know everything, like how we send each other sexy undie pics to vet.

“I love that Kellee is up for the most random things, I made a Moonpig birthday card for my boyfriend once and I got Kell to come round and throw cakes at me while I was in my underwear.

“I don’t think there’s anyone else in the world I could ask to do that. Kell’s always there and she’s honestly so reliable, there’s no-one who’s there for me with Roman like Kell is. And the way she makes me laugh is just ridiculous.”

'We do sex debriefs while we're still in bed with our partner, our exes got jealous of our shared showers' 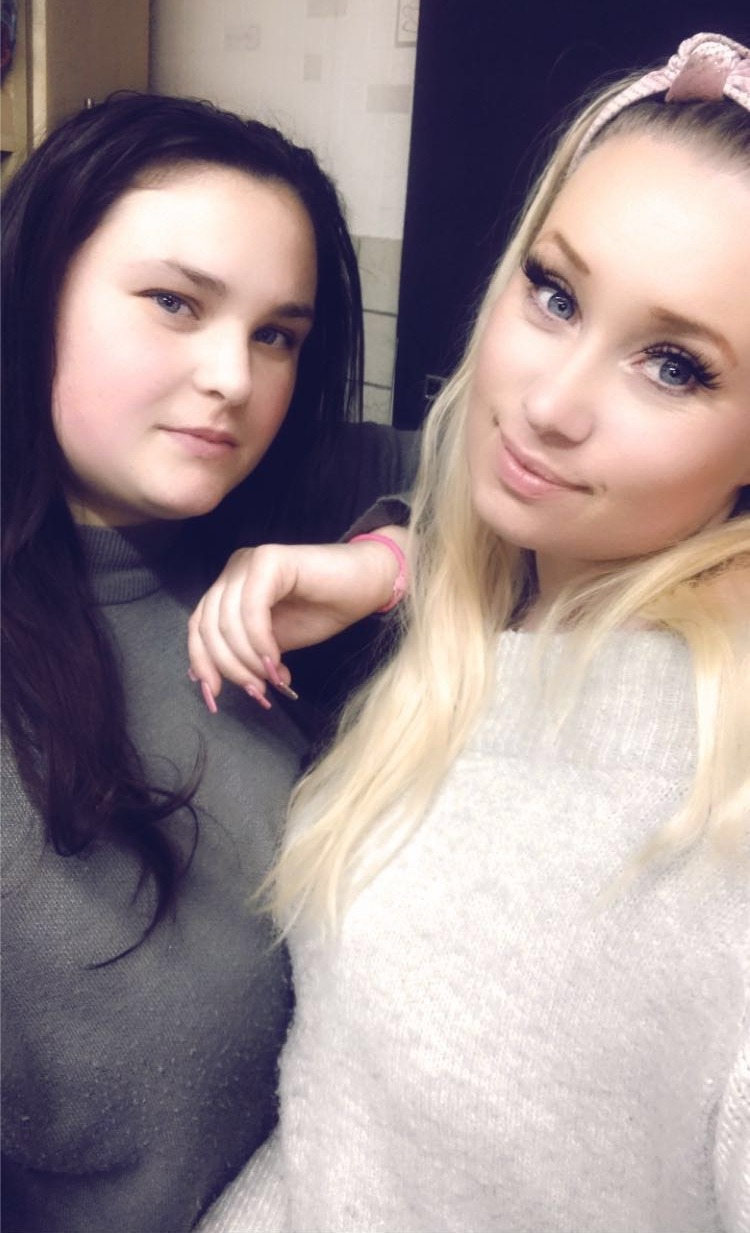 Chelsea Leeson, 23, and Megan Chapple, 27, are both full-time mums from Worcestershire – who ring each other straight after sex, even if their partner’s still in the room, and help Nair their pal’s bikini line.

They’ve been friends for 17 years. Chelsea says: “We grew up opposite each other. I was friends with Megan’s sister growing up, and then became best friends with her.

As soon as either of us has sex, we’re on the phone to each other spilling the gossip. We shower together & help each other shave or Nair our bikini lines

“I moved into the flat below Megan in 2014 and since that day we haven’t been separated. We live a 10-minute drive apart now but still see each other every day.

“Our families have just merged into one, my kids call her ‘aunty’ and vice versa.

“We’re both single at the moment but if we’re dating someone, we’ll explain ‘this is my best friend, she knows everything’ straight away, so they’re prepared for our friendship.

“As soon as either of us has sex, we’re on the phone to each other spilling the gossip. I’ve been in the same room as Megan when it happened too.” 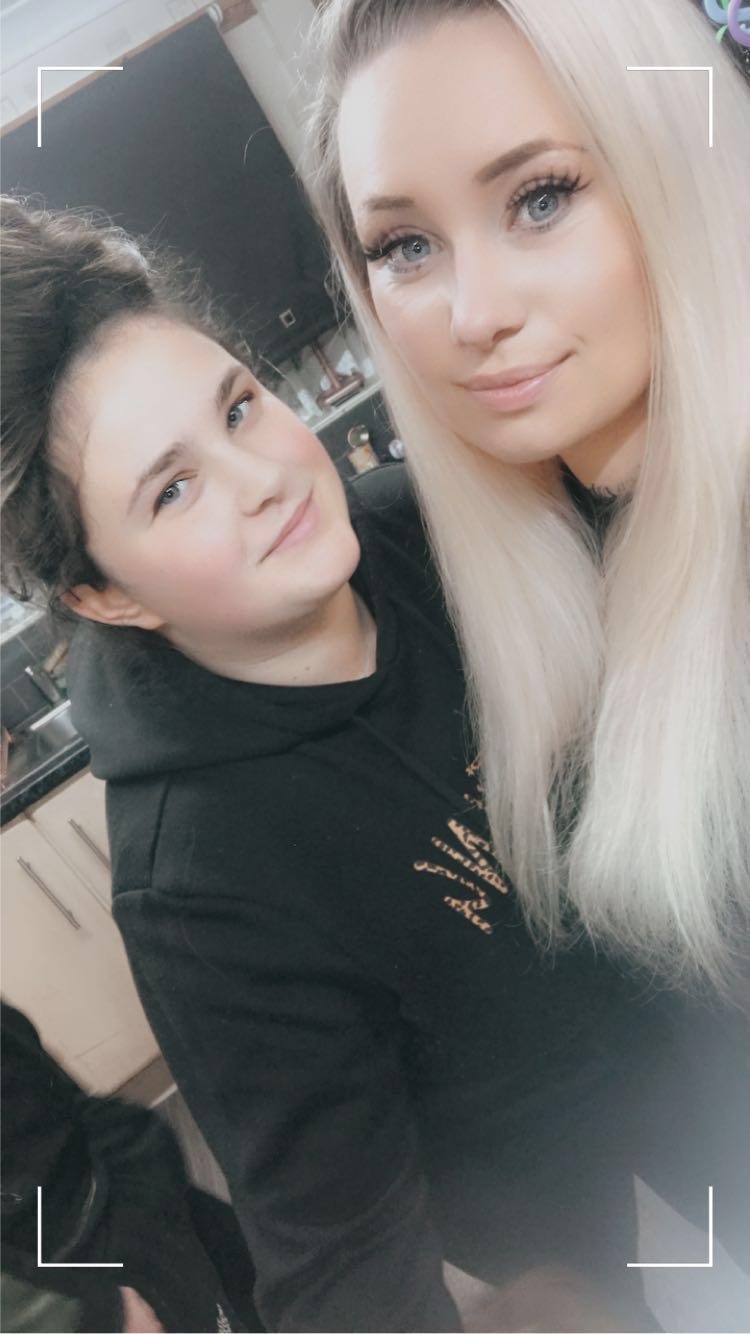 Megan adds: “Nine times out of 10, we’ll give each other a call while we’re still in bed with our partner. We’ll reel off everything, if it was good, whether we’ll get with them again.

“Chelsea and I only ever go a couple of hours without chatting and we meet up every day. Everyone thinks we’re lesbians, they think something’s going on between us.

“Our exes didn’t like our friendship, they hated our relationship because we spent more time together than with them. But most other people just get used to it.”

The girls’ close bond is also evident in their pre-night out rituals. Chelsea says: “We shower together, we help each other shave or Nair our bikini lines.

“If people ever see us on our own, they’ll be like ‘where’s Meg’ or ‘where’s Chels?’ They know we come as a package. I’d love to move in with Megan, we probably would if we had the money.”

Megan agrees, adding: “We know each other’s darkest secrets. We literally know everything about each other. We click because our attitudes are the same.

“We don’t care what anyone else thinks of us or if they think we’re too close, whatever the situation is we know we can always go to each other for advice. But whether we listen is another story.”