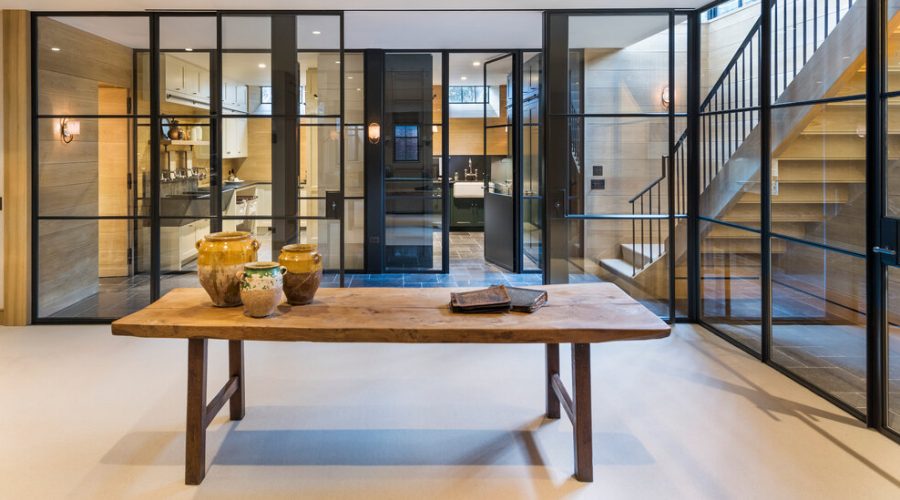 This article is part of our latest Design special report, which is about expanding the possibilities of your home.

The latest home-related TikTok video to go viral begins with a woman’s voice patiently explaining that during the pandemic her husband turned their basement into … a video rental store. As she speaks, the camera pans over shelves stocked with DVDs, a drinks fridge and a viewing room with two recliners and a big screen.

The enthusiasm for this content was so vast — the praise in the comments section effusive, the questions numerous — that multiple follow-up videos were made in which Brian Hogan, the aforementioned husband, described how and why he undertook this D.I.Y. project in his Des Moines home instead of doing what his wife, Erin, might have preferred: refinishing the kitchen cabinets. Mr. Hogan’s homage to the neighborhood movie rental stores of yore even landed the couple a guest appearance on “Jimmy Kimmel Live!”

And these days, theirs isn’t the only buzzed-about basement out there.

Pat Gagliano, founder of Finished Basements New Jersey, has undertaken a renovation for Mike “The Situation” Sorrentino and his wife, Lauren Pesce, that the reality-star couple have been documenting in a YouTube show called “The Situations Under Construction.” In the basement of the couple’s sprawling house in Holmdel, Mr. Gagliano is conjuring up not only a home theater and spa but a “glam room” where Ms. Pesce can get her hair and makeup done before a day of filming.

“The projects just keep getting crazier,” said Mr. Gagliano, who is currently working on 113 basement renovations, and estimates he’s done nearly 4,000 of them over his career.

Dim, dank and low-ceilinged, the basement may be the least likely room in the house to be basking in the spotlight. The space, which often possesses all the appeal of a meat locker, is commonly home to less-than-eye-catching features such as the furnace. It also typically serves as a catchall for such detritus as tangled strands of Christmas lights, cribs that children have outgrown and appliance boxes that people feel they cannot throw away on the off chance they will someday need to return their TVs and blenders.

But characteristics that turn some basements downright cavelike — few, if any, windows and separation from the rest of the house — also make them good candidates for things like home theaters, which require darkness and quiet, and Pilates studios, which call for uninterrupted walls of mirror. And since the pandemic shut down offices and schools, basements have been pressed into service for remote work and schooling.

“A basement is often a backstage area,” said Sally Augustin, an applied environmental psychologist and the co-founder of the website The Space Doctors. But as everyone Zooms from ad hoc home offices and classrooms, a space previously hidden from view now has been catapulted into the public sphere.

Houzz, a website that connects homeowners with renovation professionals, reports that inquiries for basement remodels rose by 29 percent in June 2020, compared to the same month in 2019, as people sought to carve out more usable space in their homes.

But some contractors have been focusing on basements for years.

A decade ago, Steve and Colby Lindsey, father-and-son owners of LinCo Construction, a general contracting company in a Denver suburb, spun off a division called Basement Sanctuary to promote an expertise they’d acquired finishing the unfinished spaces in the mostly new homes in their area. It worked. Today basements account for 60 to 70 percent of their revenue, Steve Lindsey said.

The most common request is for a bedroom, a bathroom and a living area, a combination that runs about $60,000, Mr. Lindsey said — far less than it would cost to build an addition to gain the same amount of space.

The firm has dealt with unusual demands, too — one homeowner wanted the basement bathroom to look like an outhouse. “We used a lot of barnwood,” Steve Lindsey said. The door to the toilet had a moon cut out of it, he added. 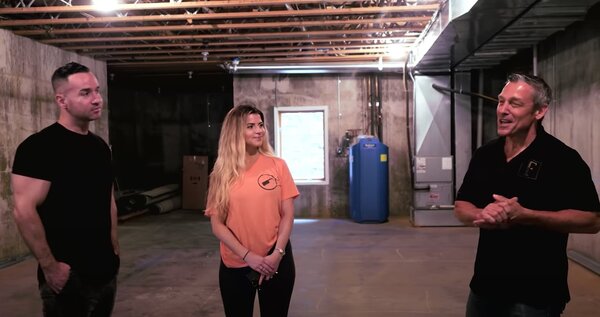 Mr. Gagliano of New Jersey got into basements two decades ago after walking away from a successful business doing commercial renovations. His company had been making $10 million to $15 million a year, but work was all-consuming. “I didn’t have any quality of life,” he said. “I didn’t know my kids.”

While he was casting about for what to do next, his wife pointed out that he had always enjoyed the odd basement job and suggested he specialize in that. Now his wife and three of their four children are involved in the business. It took off with the help of social media.

Mr. Gagliano, 56, began posting videos of his projects on a YouTube channel to bring his work to the attention of fellow residents of the Garden State. Enthusiastic and engaging, he was a natural on camera.

HGTV came calling after the designer for the “Hot Mess House” show started following him on Instagram. The home-renovation television network tapped him to appear in three episodes, to be aired this summer.

And a video Mr. Gagliano posted on TikTok got 5.3 million views — and 30 calls for estimates. The clip showed him revealing the secret doors he’d installed in clients’ basements. Another popular clip featured a secret door at the back of a living room’s fake fireplace opening to reveal a slide that spirals down to a basement playroom.

Mr. Gagliano now has a daughter doing social media for him, but it was his idea to approach an influencer about bartering his services in exchange for publicity. They contacted several New Jersey celebrities, and Mr. Sorrentino — who had recently emerged from a jail term for tax fraud — got back to him. Mr. Gagliano and his team have laid out the space, demolished a couple of walls and completed the framing and wiring, but the project is now on pause as the Sorrentinos get ready to have a baby.

The work is not all fun and games. Mr. Gagliano has installed basement temples for Hindu clients. When he learned that a client’s daughter, who has autism, needed to go to a special sensory room every day, a half-hour-drive away, he made her such a space in the basement of their house.

Other contractors, while not basement specialists, are also going to great lengths to fulfill their clients’ deep desires.

Steve Gray, president of Indianapolis-based Steve Gray Renovations, created a hot yoga studio in a client’s basement that involved adding extra insulation to the ceiling and walls and installing infrared heaters that can raise the air temperature quickly and exhaust units to ventilate the space post-workout. In his own midcentury house, he completely reconfigured the basement and painted an original brick-and-limestone fireplace that now helps separate a home office from a home gym backed by a peace-sign mural commissioned from an artist named Blice Edwards.

“Anything is possible,” Mr. Gray said.

The project, which won a Chrysalis remodeling award and cost well over $1 million, required digging two feet under the basement to lower the floor and give the final space greater height. Windows were enlarged, and partitions between spaces were made of steel-framed glass to allow light to circulate. Radiant heating under floors and a Danish wood stove take off the chill.

Another Adams + Beasley project, in the Massachusetts town of Wellesley, was less costly, at about $200,000. Christine Todd, the homeowner, said it has given her children, ages 17 to 26, a space of their own that has been a boon during the pandemic.

Before, the basement had been chronically damp, with a sloped cement floor and lots of rooms with doors on them, “like a jail,” Ms. Todd said. “No one wanted to spend any material time down there.”

The contractors removed walls, leveled out the floor and installed a dehumidification system to address the moisture problem. Now a lounge with a sectional sofa flows into an area centered on a modernist Ping-Pong table designed by Antoni Pallejà Office, a Barcelona firm. For the younger daughter, who plays field hockey, there’s a “shot room” where she can practice indoors; it doubles as a bunk room when her older brother’s friends need a place to crash after a party.

Completed just before the pandemic, the basement gave Ms. Todd’s children a place to hang out with friends over the past year, helping them retain a modicum of social life. “All three of them say it changed the way they live,” she said.

Mr. Hogan’s video bunker was also life-changing for him, if not quite as rarefied. He accomplished his project on the cheap, salvaging shelving from local video stores that went out of business (no more than $20 per section), buying a door on Facebook Marketplace ($5) and a window from Habitat for Humanity ($20).

A barber by trade and a longtime film buff, he undertook the project as a way to organize his collection of movies, which number in the thousands. It also gave him something to do when work evaporated during the pandemic. Today, DVDs and VHS tapes are lined up alphabetically, within categories, just as they would be in a real video store. The décor runs to promotional movie posters and a large E.T. figure.

The project may not win any design awards, but even Eric Adams, a co-founder of Adams + Beasley, was moved by the nostalgic appeal of the video bunker when he caught Mr. Hogan’s segment on “Jimmy Kimmel Live!”

“It made me think back to when going out and getting a movie was intentional,” Mr. Adams said, contrasting that with today, when movie-watching is always just a click away on Netflix. “There was something kind of romantic about looking at that.”

04/05/2021 Fashion Comments Off on What Lies Beneath
Lifestyle