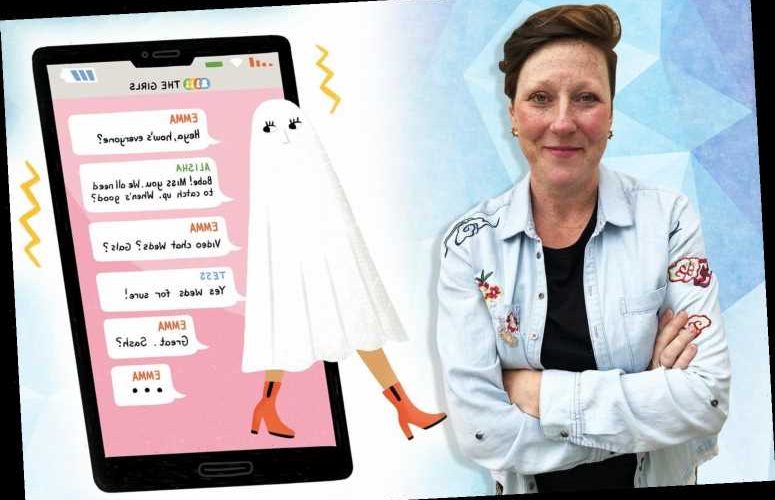 WHILE many of us might think ghosting is rather brutal, writer Helen Fear insists it's much better than rejecting someone – and it's easier to move on.

Here, Helen, 46, explains why cutting ties with mates is her secret to staying happy. 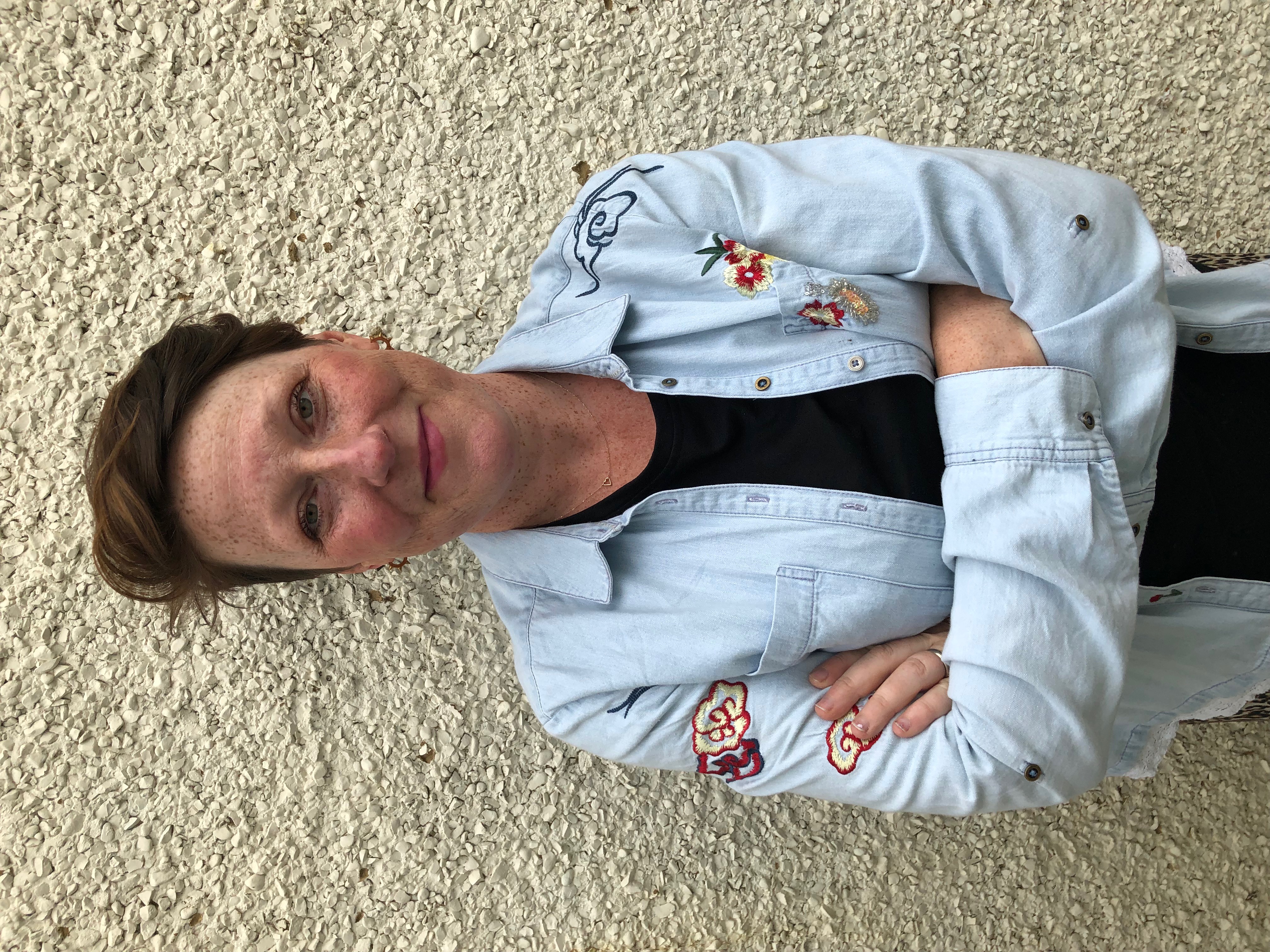 MY phone alert went off again. I ignored it for the umpteenth time.

No, I wouldn’t be meeting Clara* for coffee. In fact, I hoped never to see her again. We’d been friends since we met at school years ago, but I didn’t want her in my life any more.

I was sick of her constant drama, and I’m not a forgiving person – so I’d decided to ghost her until she went away.

Well before the term “ghosting” became part of our everyday language, I’d severed ties with countless friends by not replying to their messages. To me, it makes more sense to do that than to tell someone that I don’t like them and don’t want to spend time with them.

I think it’s a lot simpler than rejecting someone, and means I can try not to think about how they feel and just move on with my life.

I’ve always had a low tolerance for people who annoy me, even as a teenager. I think that I can see through people quite easily – and often I don’t like what I see. 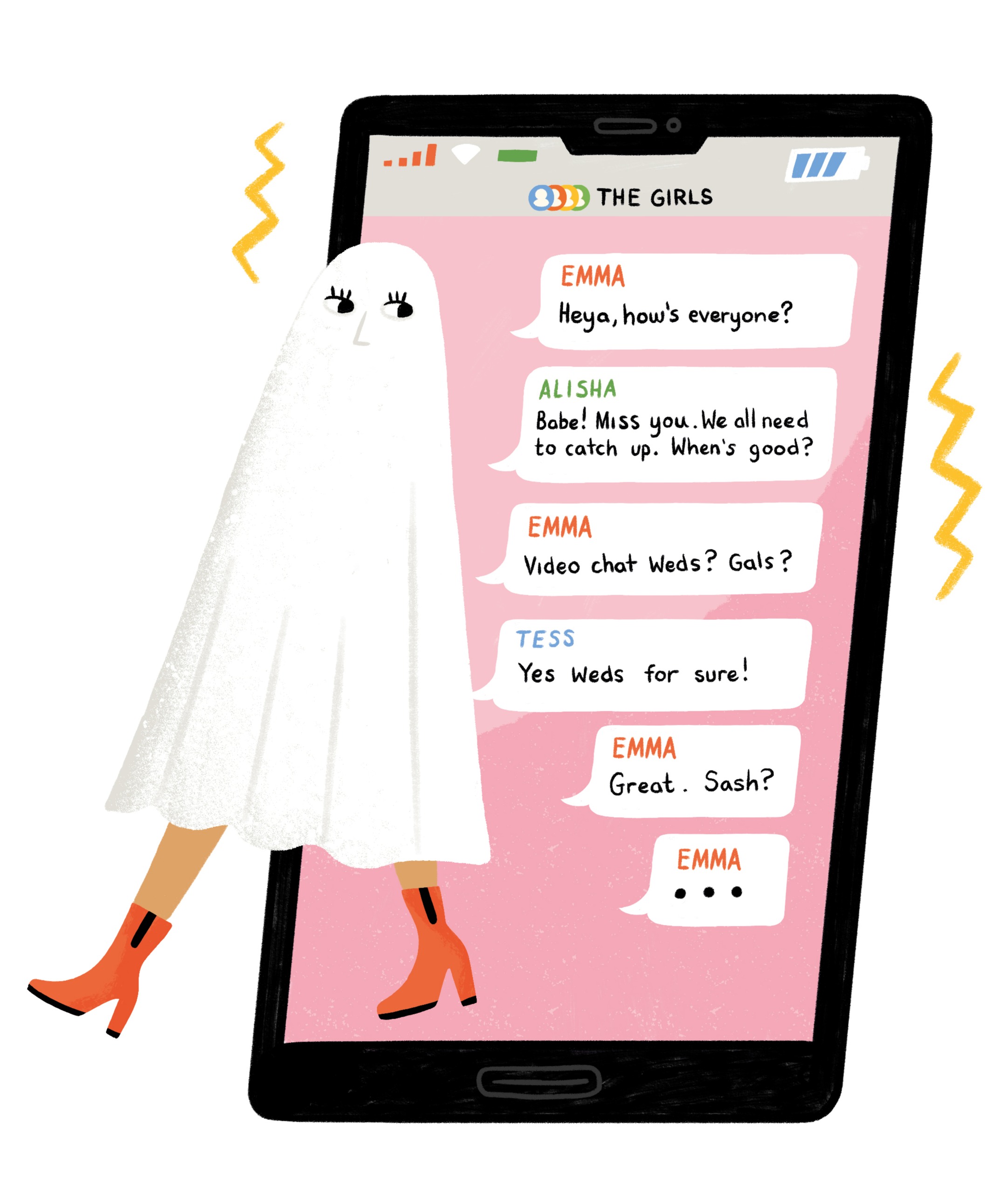 I realise this makes me sound like an utter cow, but I have high expectations of friendships and I’m often disappointed by people. Perhaps because I’m not that close to my family, I’ve expected others to fill that gap.

On top of that, I just become tired of people easily. I now don’t have any friends left from my school days in Basingstoke.

At school, I was known for moving on from friendship groups without looking back.

I had one best friend, but that ended when she took an interest in my boyfriend. Maybe that set a precedent for my low patience with people as I got older.

Ghosting means I can try not to think about how they feel and just move on with my life.

When I went to Middlesex University to study English in 1994, I severed all my friendships back home.

Just as with Clara, who made every drama about her, I cut off another mate when she tried to make herself the centre of attention when our mutual friend lost her dad. I couldn’t believe everyone else forgave her. 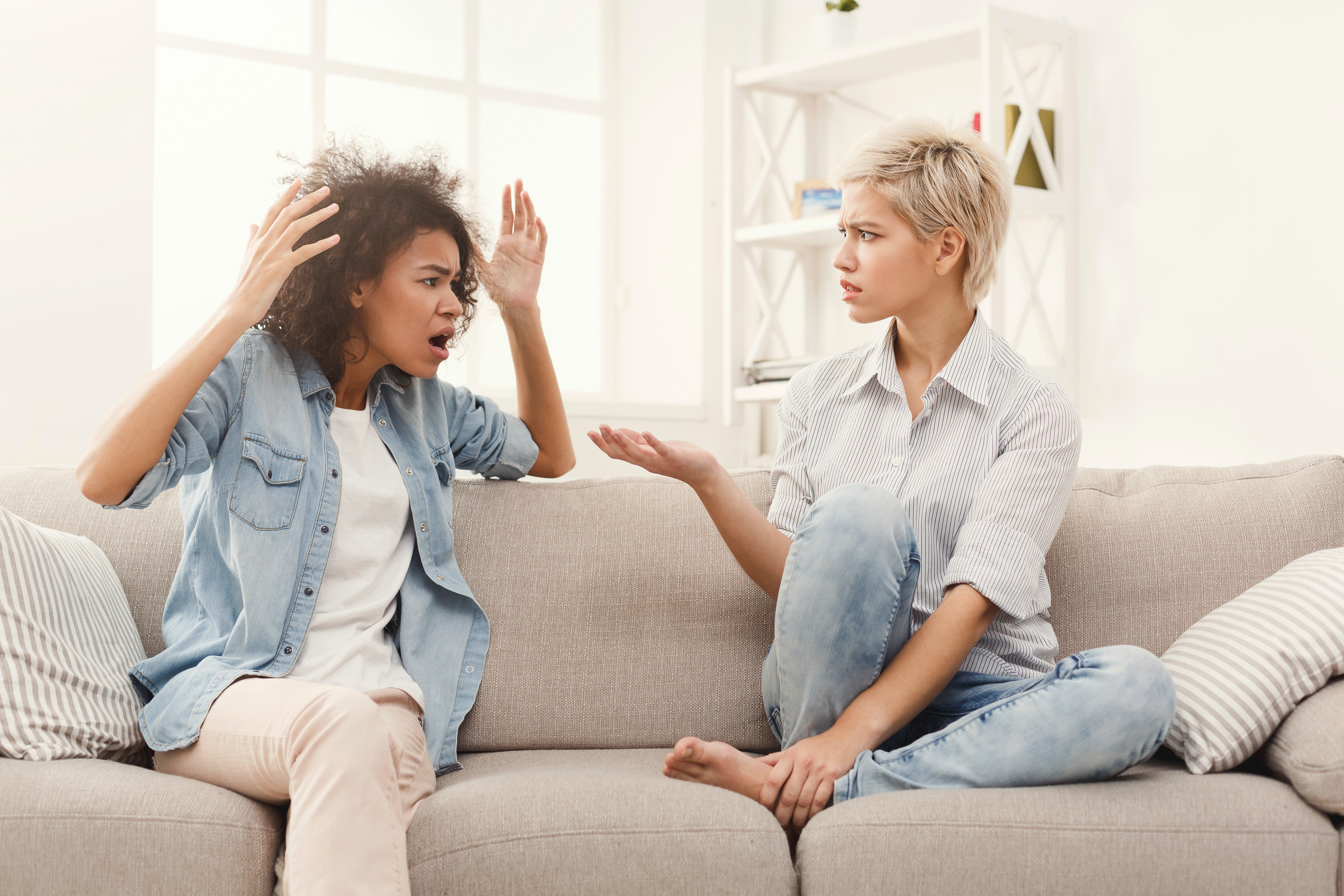 After graduating from uni, I only kept two friends in my life, ditching the rest. I even stopped speaking to a former housemate I’d lived with for three years, because I was sick of her self-absorbed ways.

I let every phone call from her go unanswered as I felt our friendship had run its course, so why couldn’t she see that, too?

However, the two firm friendships from my uni days that I have clung on to, I would die for.

It makes no sense to me that people can spread themselves so thinly by having dozens of friends or, absurdly, thousands on Facebook or Instagram.

Although ghosting is synonymous with dating, it’s common in friendships, too – a recent study found that more than a third of people have ghosted a mate or been ghosted themselves, according to the Journal Of Social And Personal Relationships.

With WhatsApp and email, it’s simple to press delete or block, and just disappear from someone’s life, especially so in lockdown. 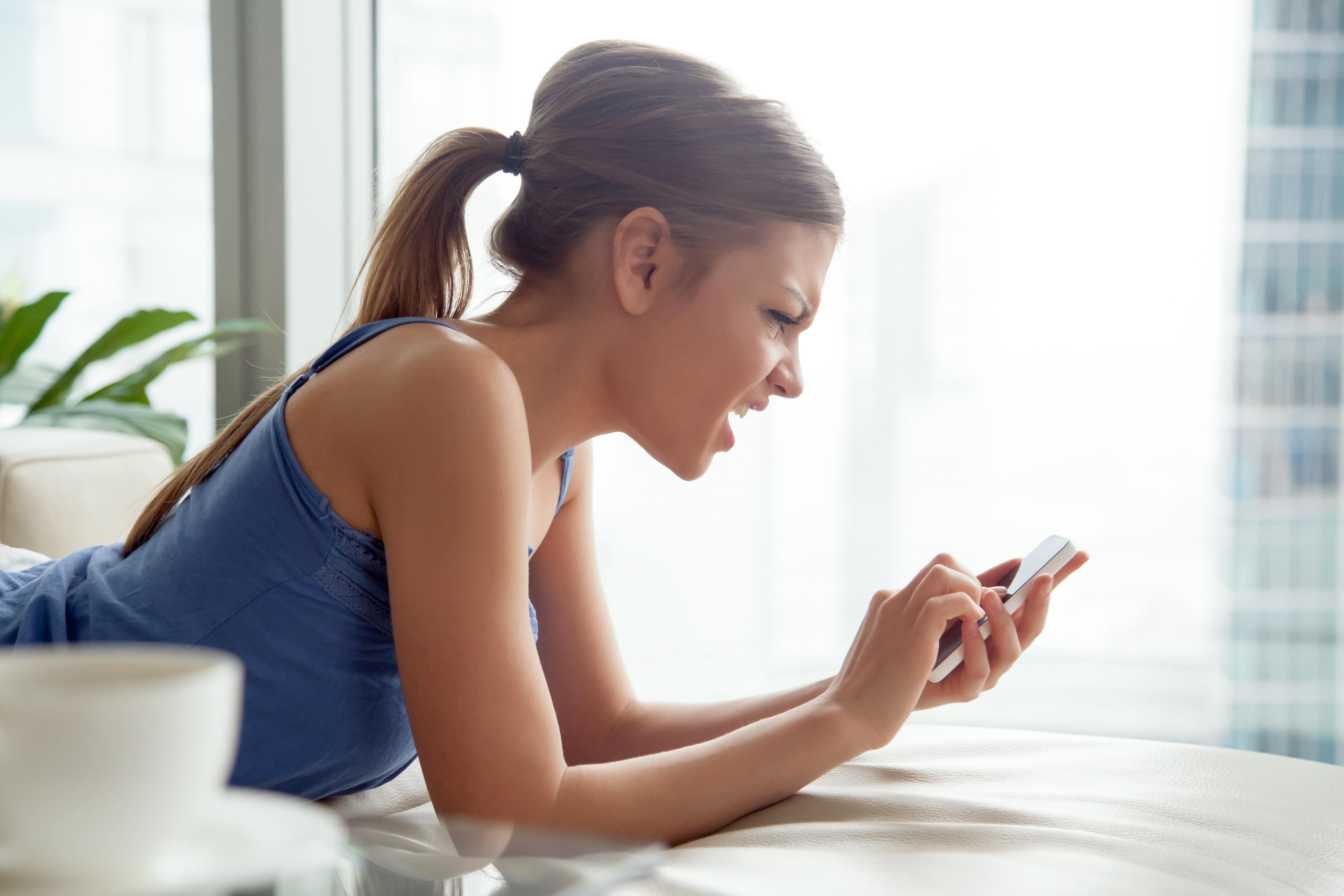 While in the past I’ve ghosted men I’ve had short flings with, these break-ups have involved a lot less drama than my female friendships.

I find it much easier to move on from a sexual relationship than from a friend I’ve shared tears and prosecco-fuelled confessions with.

Friendships can be messy and intense, and that’s exactly why I walk away from friends without an explanation if they’re letting me down.

In 2008, I told a really good work mate some of my deepest, darkest secrets. We had one of those full-on female friendships, where you tell each other everything, and I’d spent countless evenings listening to her offload.

But the next time we met, she had forgotten everything I’d told her. I walked out of the pub and never replied to her messages again.

I was so hurt that she was wrapped up in herself when I needed a shoulder to cry on that I couldn’t spend any more time with her after that. 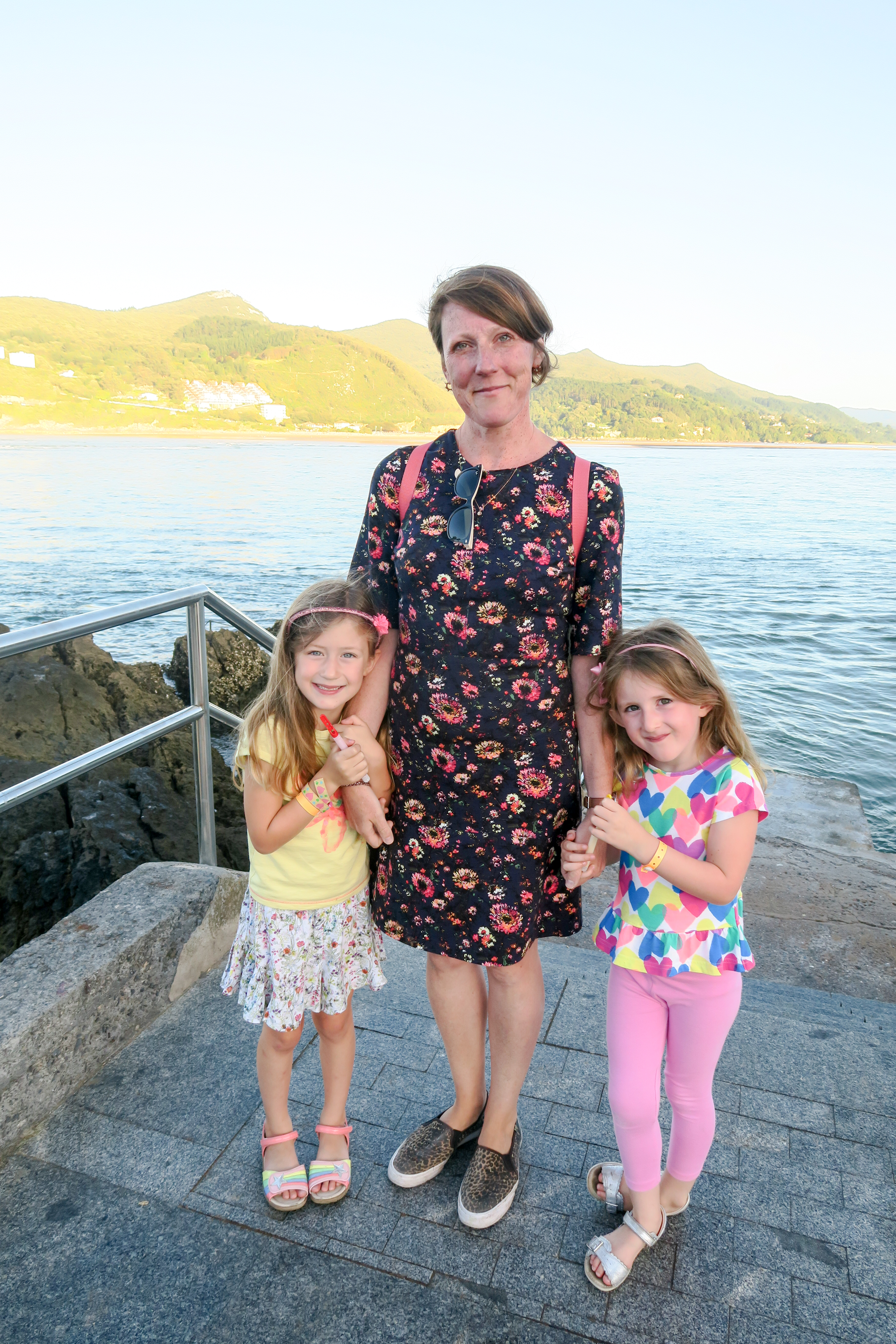 When my partner Paul, 48, and I were trying to conceive in 2010, one of my oldest friends, Samantha*, didn’t contact me when she knew I was at my lowest.

She knew all about my fertility struggles, and we’d been friends for more than 20 years, so I found it upsetting she didn’t check in with me.

Friendships can be messy and intense, that’s why I walk away from friends without an explanation if they’re letting me down.

I’d been happy to be her sounding board for years, it was only when I needed her that I realised it wasn’t a two way thing. I haven’t seen her since.

When I was trying to get pregnant, I stopped drinking, which only served to illuminate how many of my friends were self-obsessed and only spoke about themselves. I lost many friends around this time as a result.

Though ghosting friends works for me as a method of self-preservation, the tables were turned in 2013, when I was ghosted myself.

I was a new mum to my twin daughters, Frida and Rae, now nine, and had carried on meeting up with four women from my NCT group for about a year after we all gave birth, but the last time we got together there was a frost in the air. 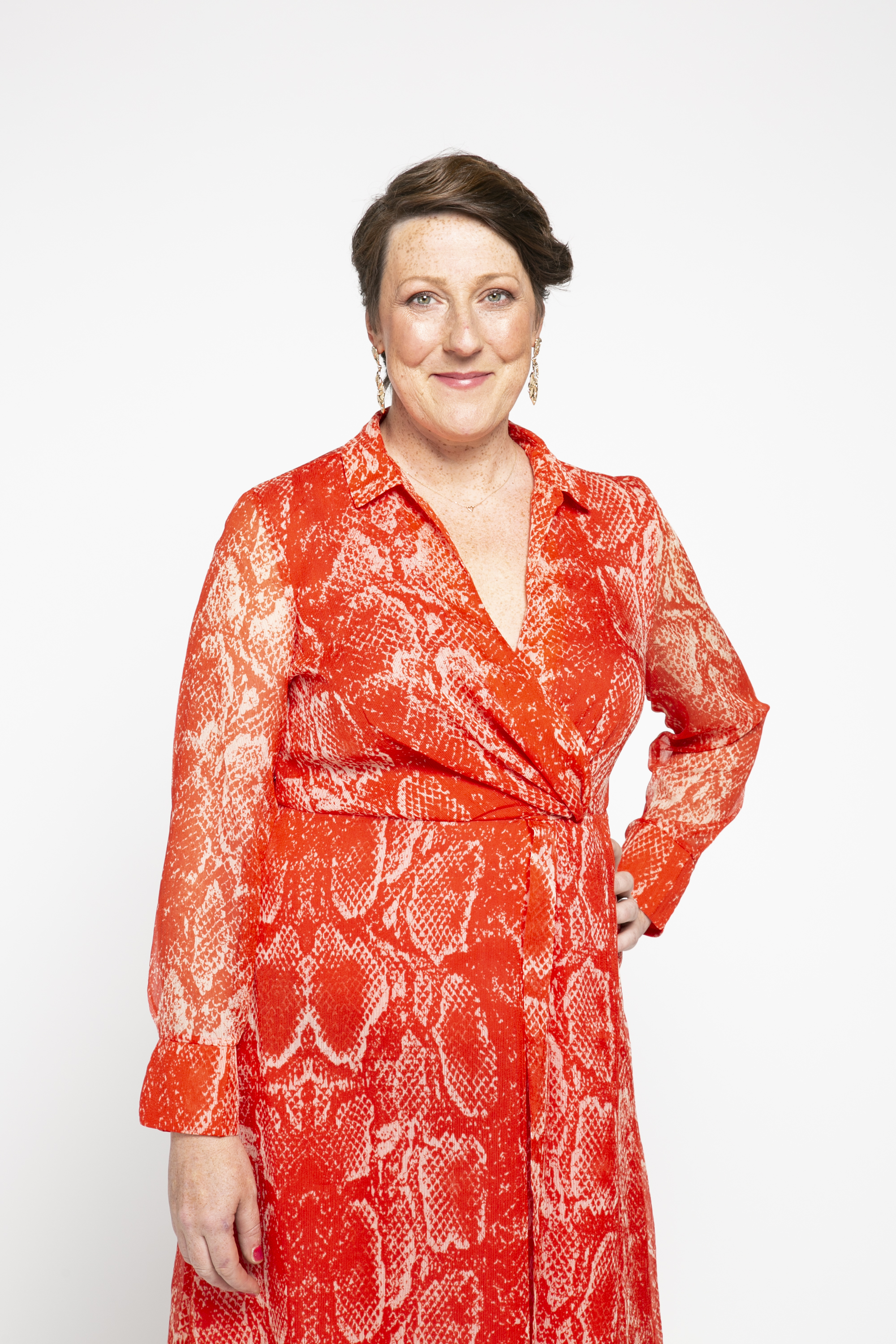 I suspect my dark sense of humour might have offended them. The next time I texted the group, the response was icy – then I spotted them in a cafe together and they pretended they hadn’t seen me.

LIFE IS TOO SHORT

It was mortifying being on the receiving end of the ghosting this time. After having the twins, I’d been diagnosed with postnatal depression and prescribed antidepressants.

I was really struggling, but they had dropped me. It hurt, big time. Being ghosted made me realise how harsh it can feel.

Despite that, I have carried on doing it as I realised I am too scared to tell people the truth and it is just easier to ghost them.

Having hundreds of shallow friendships isn’t for me – I’d rather have just a couple of very solid ones. In which case, do I tell my colleagues or school parents that I’m at my quota?

In 2017, I jumped ship on a friend who I met through a nursery group. After about a year, I realised we were too different to stay friends long-term.

And a couple of years ago, I ghosted another mum, who was beginning to see me as a close friend.

I just didn’t feel that way – she was also religious and I’m atheist, and I find that a real deal-breaker. I compare it to Freshers’ Week, when you try to test people to see if they fit.

Life is too short to have bad friends, so I stand by my actions. Perhaps I should start warning people I meet that I have a returns date, like a library book. Take me out for one year, and we’ll see how it goes from there…

*Names have been changed