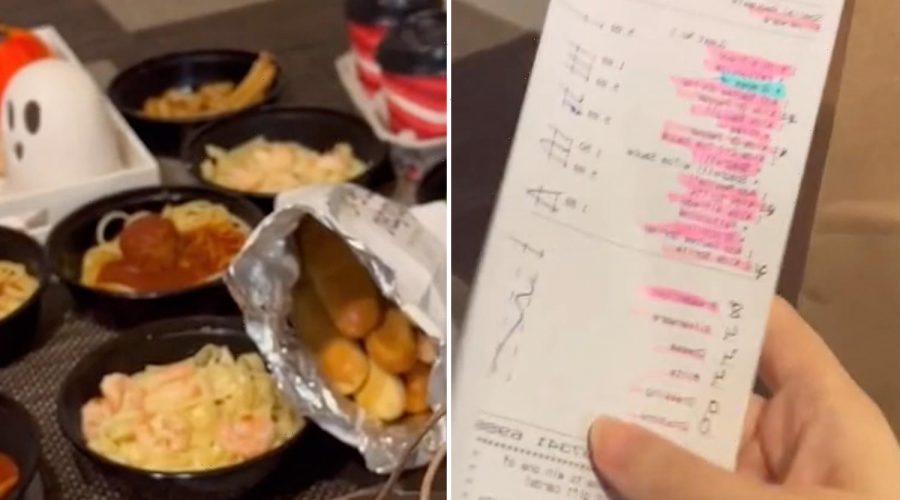 WHEN it comes to restaurant dining, the bill often gets expensive.

Luckily, one person is revealing a hack they used to spend less and eat more.

A TikToker who goes by @madisonandangel posted a video in which they shared an “Olive Garden meal hack.” 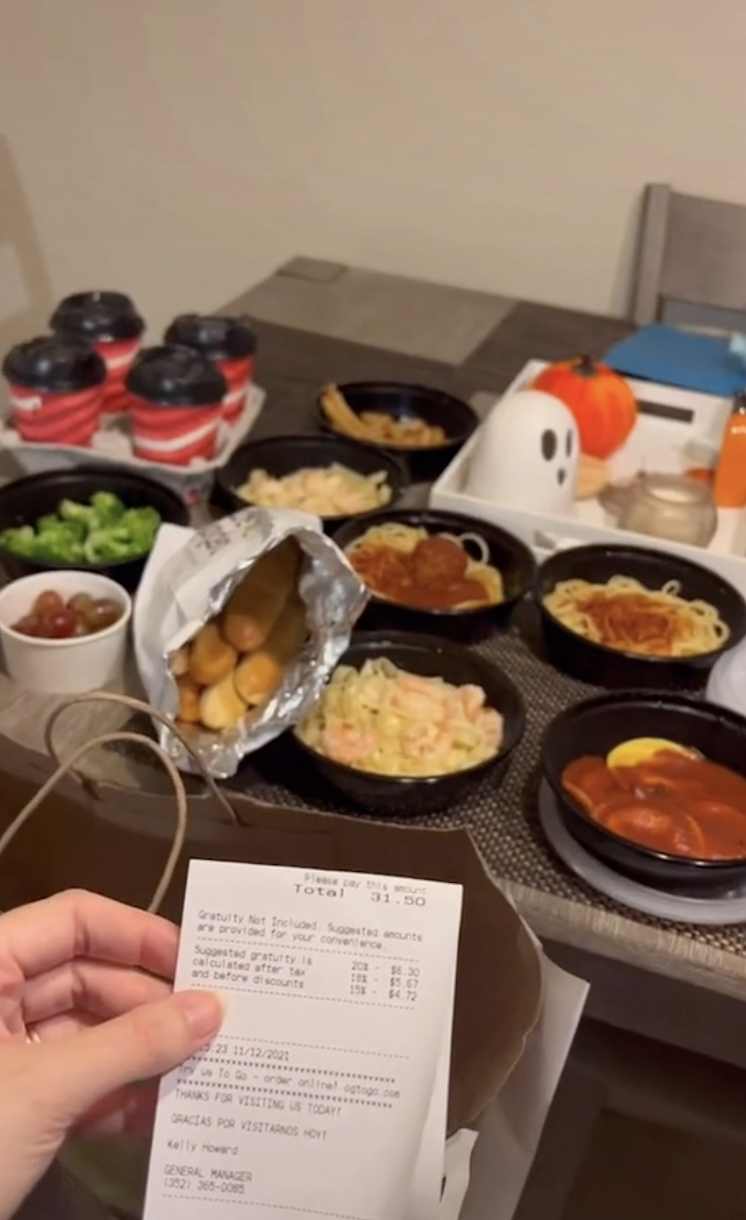 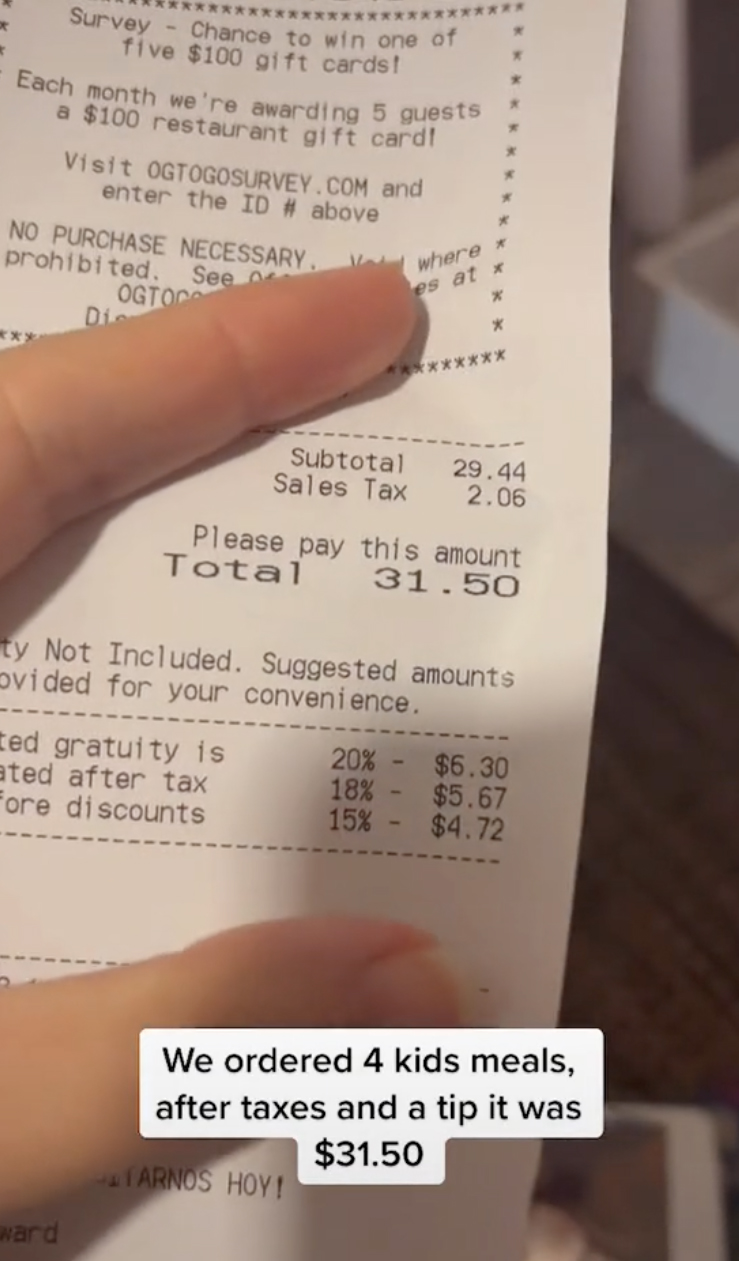 “We ordered four kids' meals, and after taxes and tip it was $31.50,” they began while showing the receipt.

They unloaded the takeout bag and revealed a huge amount of food.

Although the kid's meals at Olive Garden are significantly cheaper than a regular entree, the portions are surprisingly big.

The average adult could easily stay full after one kid's meal.

So rather than pay nearly $20 for a plate of pasta, you can order the $6 five cheese marinara off the Under 12 menu.

If you’re feeling extra hungry, you can even order two plates from the kid's menu for less than one off the regular list.

In the TikTok, @madisonandangel showed off their plates of ravioli, shrimp pasta, meatballs and spaghetti, veggie side dishes, and their four drinks.

The best part? A huge bag of Olive Garden’s famous breadsticks comes with each order.

Many users loved the idea, and some even named other restaurants where a kid's meal is more than enough.

“I do this with PF Chang’s,” added another.

A third said that the trick works at Outback Steakhouse, and a fourth said they do the same thing at Culver’s fast food.

“Kids meals have been looked over for so long. It’s so cheap,” another viewer noted.

Here’s the catch: the trick obviously only works if you do take-out since the diner’s age is a mystery over the phone. 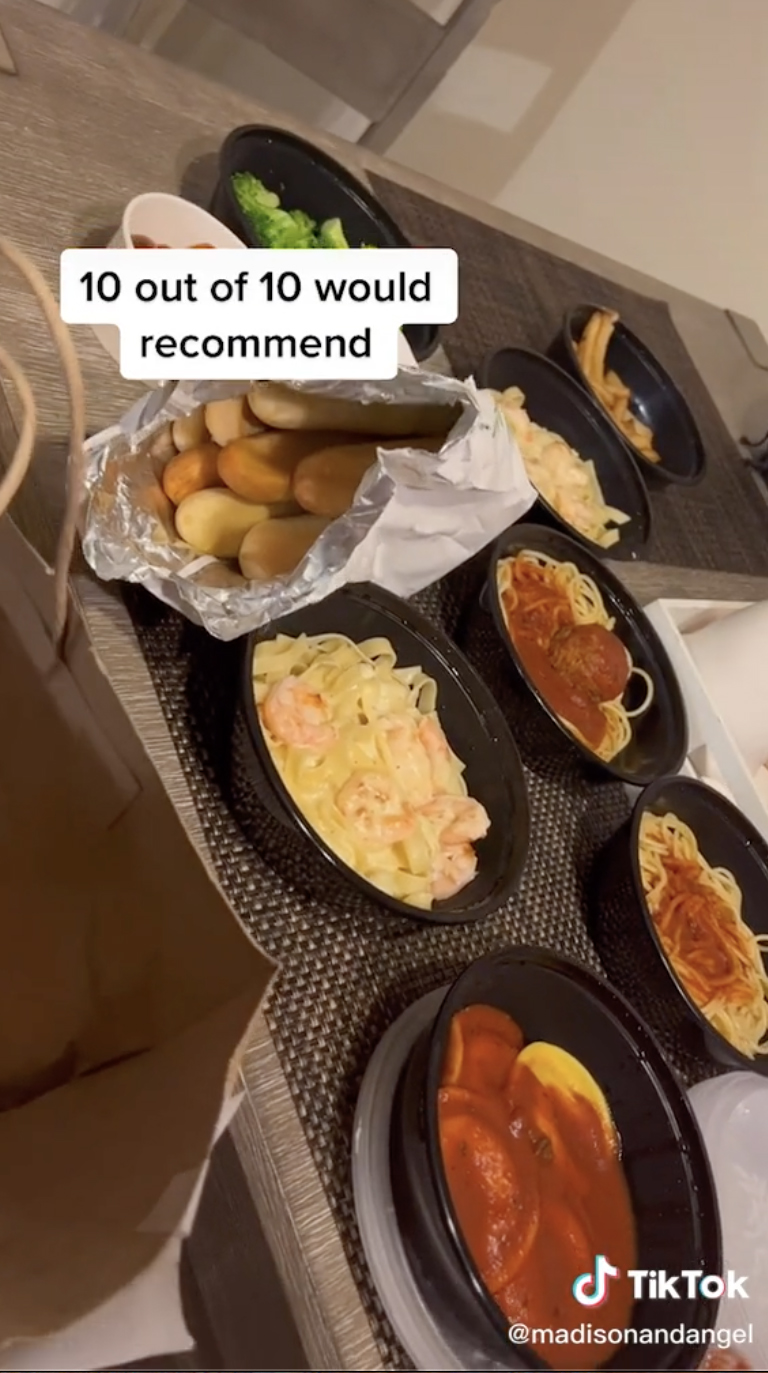