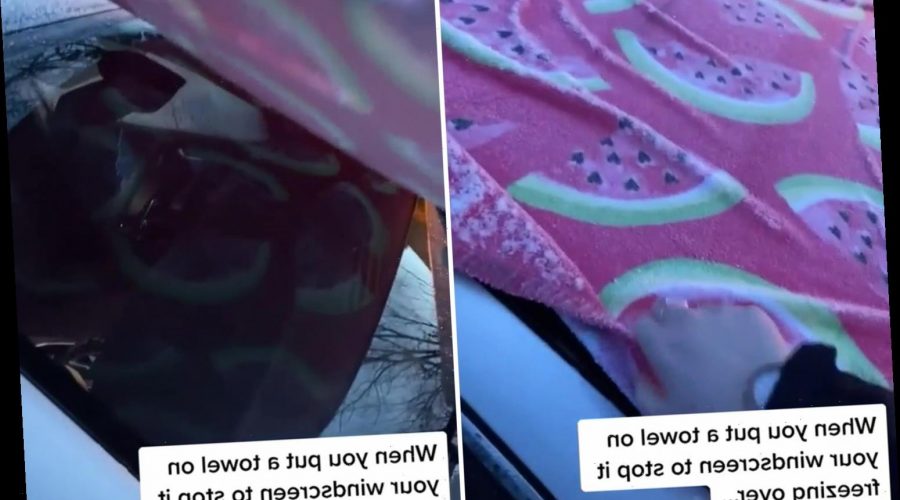 WITH the UK in the depths of winter, and temperatures dropping below freezing, most of us are spending each morning defrosting our cars.

So if you’re bored of spending an age de-icing the windscreen, one woman’s free tip will save you time each day – and all you need is an old towel. 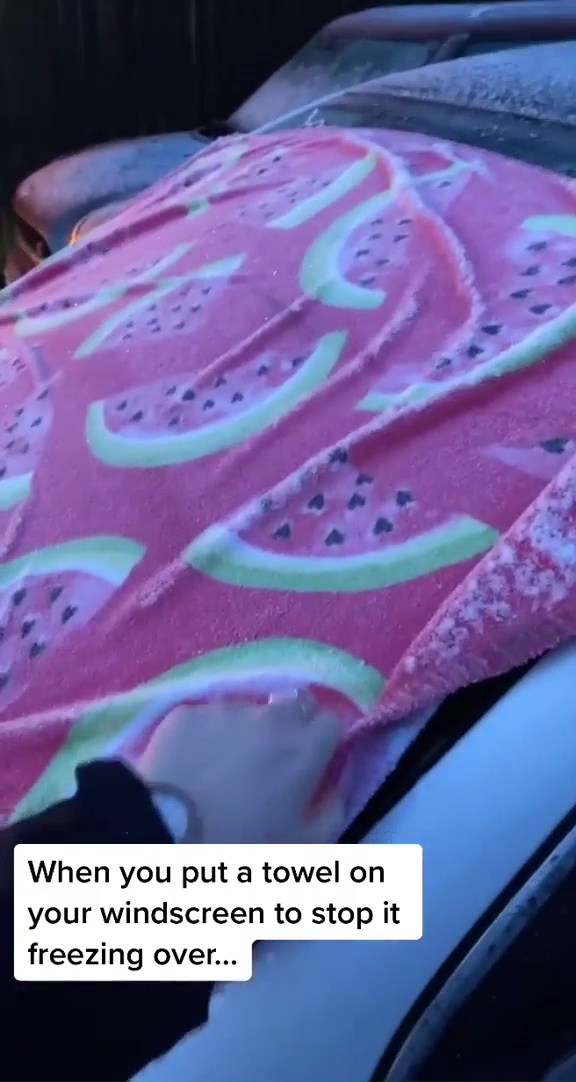 She shared her nifty hack to TikTok, revealing she puts a towel over her windscreen overnight – which leaves her car frost-free in the morning.

It absorbs water and freezes instead of the windscreen, as she showed off her rock hard watermelon-themed towel, which she said was ‘like a crisp’.

She said: “When you put a towel on your windscreen to stop it freezing overnight. 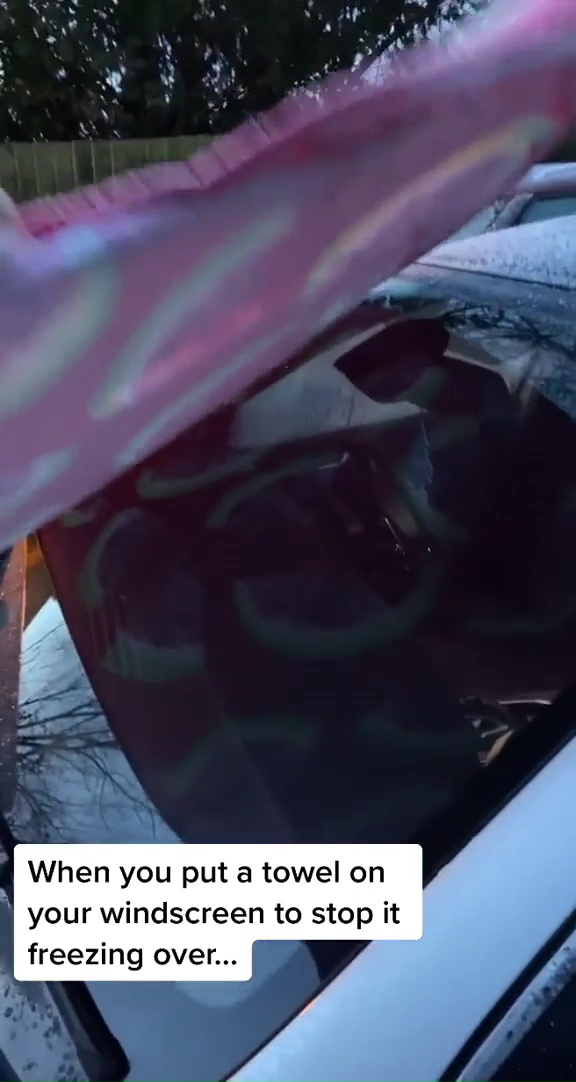 So you can say goodbye to scraping ice in your gloves or boiling the kettle for warm water in winter, as some people advised shutting each end of the towel in the car doors to ensure it stays put.

One person said “Can we please try this.” 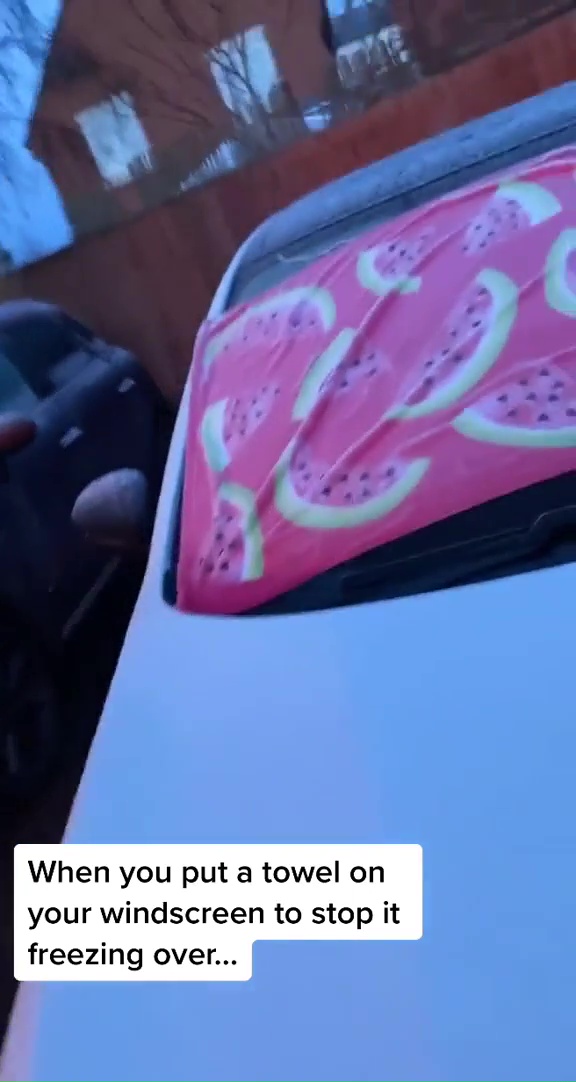 Another wrote: “This is genius.”

A third commented: “I mean… it worked.”

While someone else pointed out: “Did its job though.”

For more hacks, this property expert revealed how to make your house hotter and radiators more efficient WITHOUT spending any money with this tinfoil trick.

And we revealed you've probably been washing your towels wrong – and this is how you should be doing it.

Meanwhile there's a perfect order to do the washing-up in – and always start with glasses.