IF you’re closely following the royal wives for fashion inspiration, now there’s a university course which will teach you how to dress like Winsdor’s leading ladies.

A five-week course is available to students who want to learn about royal fashion over the past 500 years – with a close look at the modern-day royals.

Entitled A History of Royal Fashion, the free course is run by the University of Glasgow, in partnership with Historical Royal Palaces.

Dress and textile histories lecturer Dr Sally Tuckett, who leads the course, explains how each week will focus on a different royal dynasty.

From the Stuarts and Tudors all the way to the Victorian and Windsor era, students will learn how royals use fashion “to control, to entertain, and to impress”.

The course will delve into the outfits of high ranking royals, including The Queen, Princess Diana, Kate Middleton and Meghan Markle.

It comes just days after The Duchess of Sussex announced she was launching a workwear line for charity Smart Works, in partnership with John Lewis and Marks & Spencer.

Both she and The Duchess of Cambridge’s outfits are heavily scrutinised, with the ladies wearing both high-street and high-end designers.

Their outfits are often used as a form of diplomacy, with both women wearing local designers when on official trips abroad.

And their wardrobes are often a hit with the public, with what’s been dubbed ‘the Kate effect’ seeing outfits fly off the shelves soon after the mum-of-three has worn them.

Dr Sally told the Mail: "When Henry VIII was king, he had only a small circle who knew what he was doing.

“Now, however, when the royals step outside for an engagement, within thirty seconds a photo of them, what they're wearing, and where you can get the outfit from is online.”

The syllabus will also look at historical outfits, and will include sketches of outfits presented to the late Princess Diana. 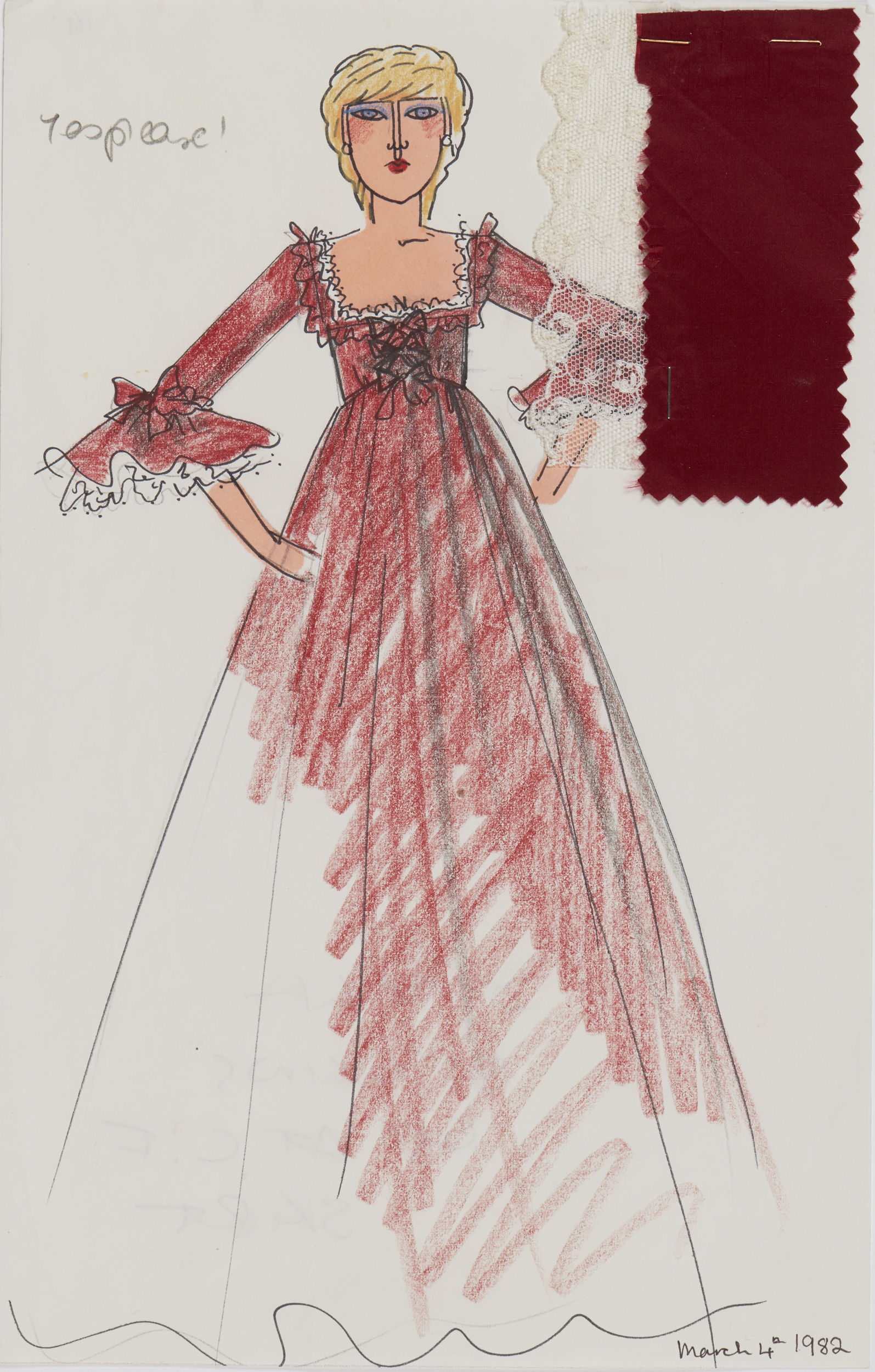 In one, showing a red evening gown made by David Sassoon in 1982, you can see Diana’s handwritten note saying ‘yes please’ on the design.

For anyone eager to sign up, the course outline says: “A History of Royal Fashion takes you into the wardrobes of British kings and queens across five royal dynasties from the Tudors, Stuarts and Georgians to the Victorians and Windsors.

“With exclusive access to the Royal Ceremonial Dress Collection, experts at the University of Glasgow and Historic Royal Palaces will introduce you to the different sources we can use to study fashion history.

“Go behind the scenes at the Tower of London, Hampton Court Palace, Kensington Palace and the Banqueting House to explore the styles of monarchs and their families and the impact of their clothing on society.”

Anyone interested can enrol themselves on the course via the website FutureLearn, where they’ll spend four hours each week learning about royal wardrobes.

The Sussex's are thought to have splashed out on a pricey print of Lewis Hamilton for their new home.

And it’s been claimed the Queen has ‘earmarked’ Sophie Wessex as a royal mentor for Meghan Markle.

01/08/2019 Fashion Comments Off on You can now learn to dress like Meghan Markle, Kate Middleton and Princess Diana on Glasgow University’s ‘royal fashion’ course – The Sun
Lifestyle