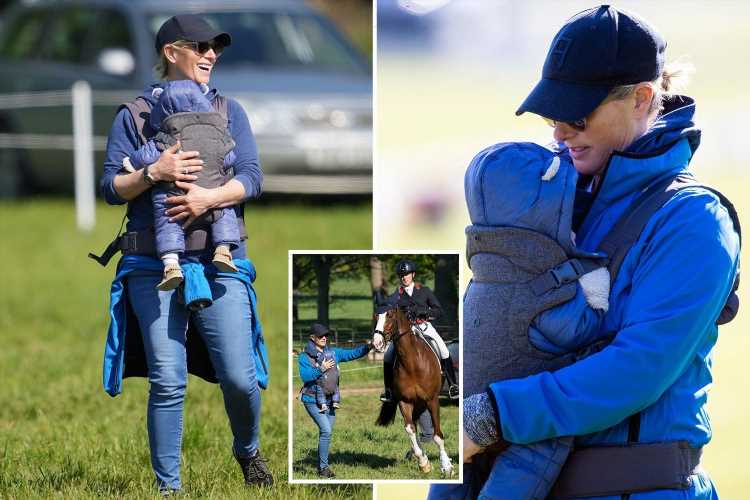 ZARA Tindall has given us an eagerly anticipated glimpse at the newest addition to her own royal family.

Today Zara, 39, enjoyed a day out at Houghton Hall International Horse Trials with her newborn tot in tow. 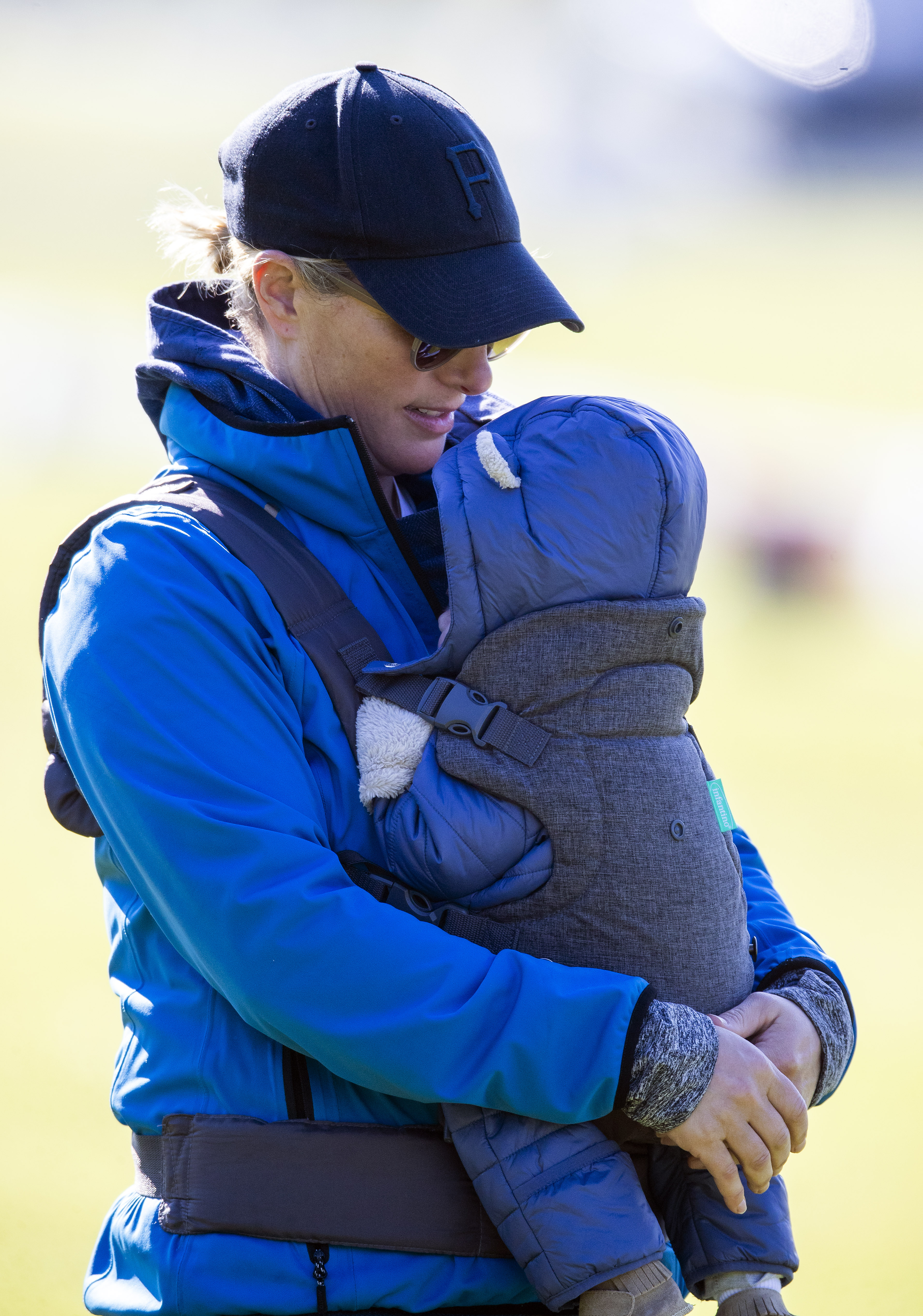 Two-month-old Lucas was strapped to his mum's chest as she introduced him to friends and led the horses in the show.

The Queen's granddaughter wore a casual outfit of jeans, a cap and a blue jumper.

While little Lucas was cuddled up warm in a puffy blue romper suit complete with cute bear ears on the hood.

After walking round the event with Lucas strapped to her front for the day, Zara gave herself a rest and transferred the tot to a buggy. 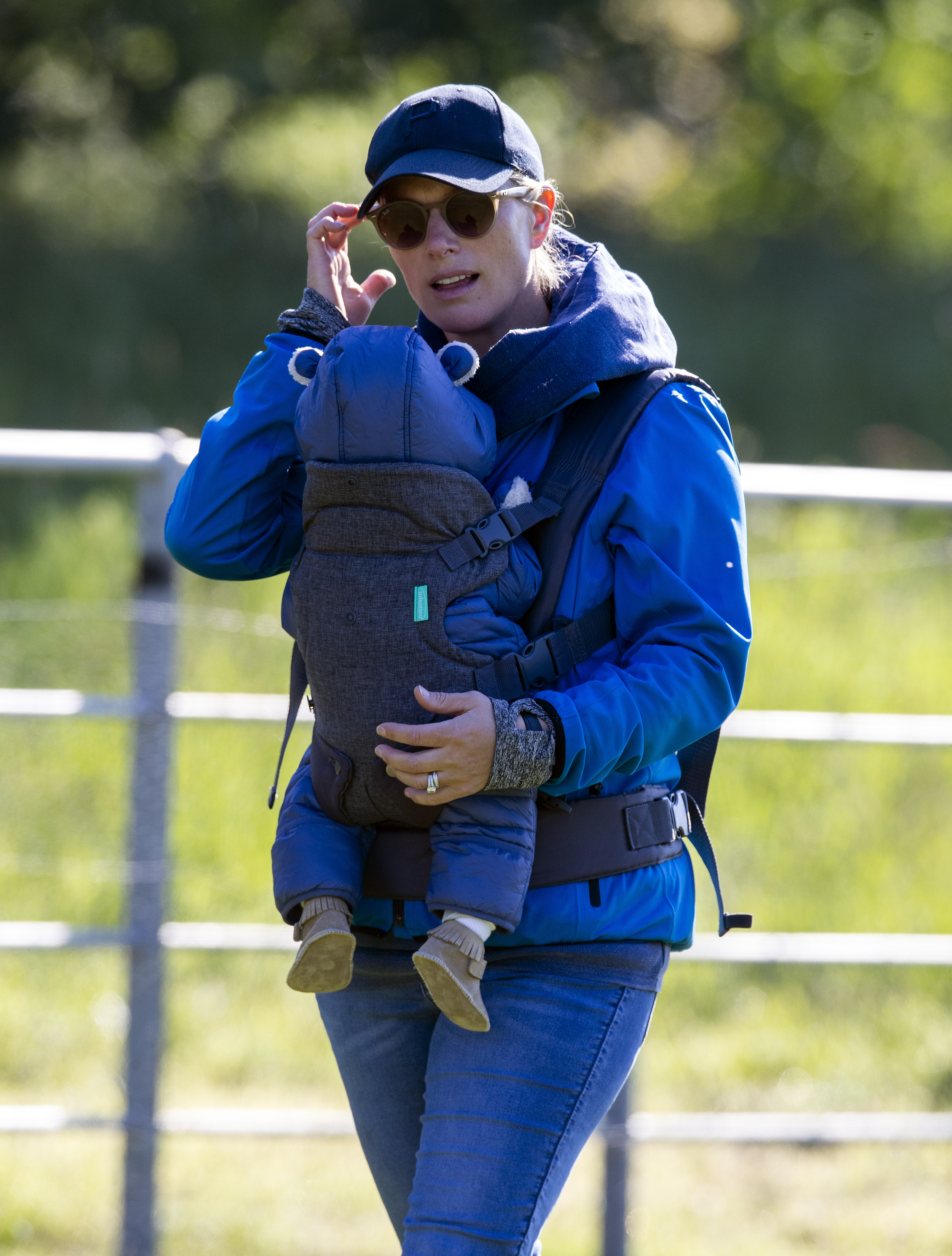 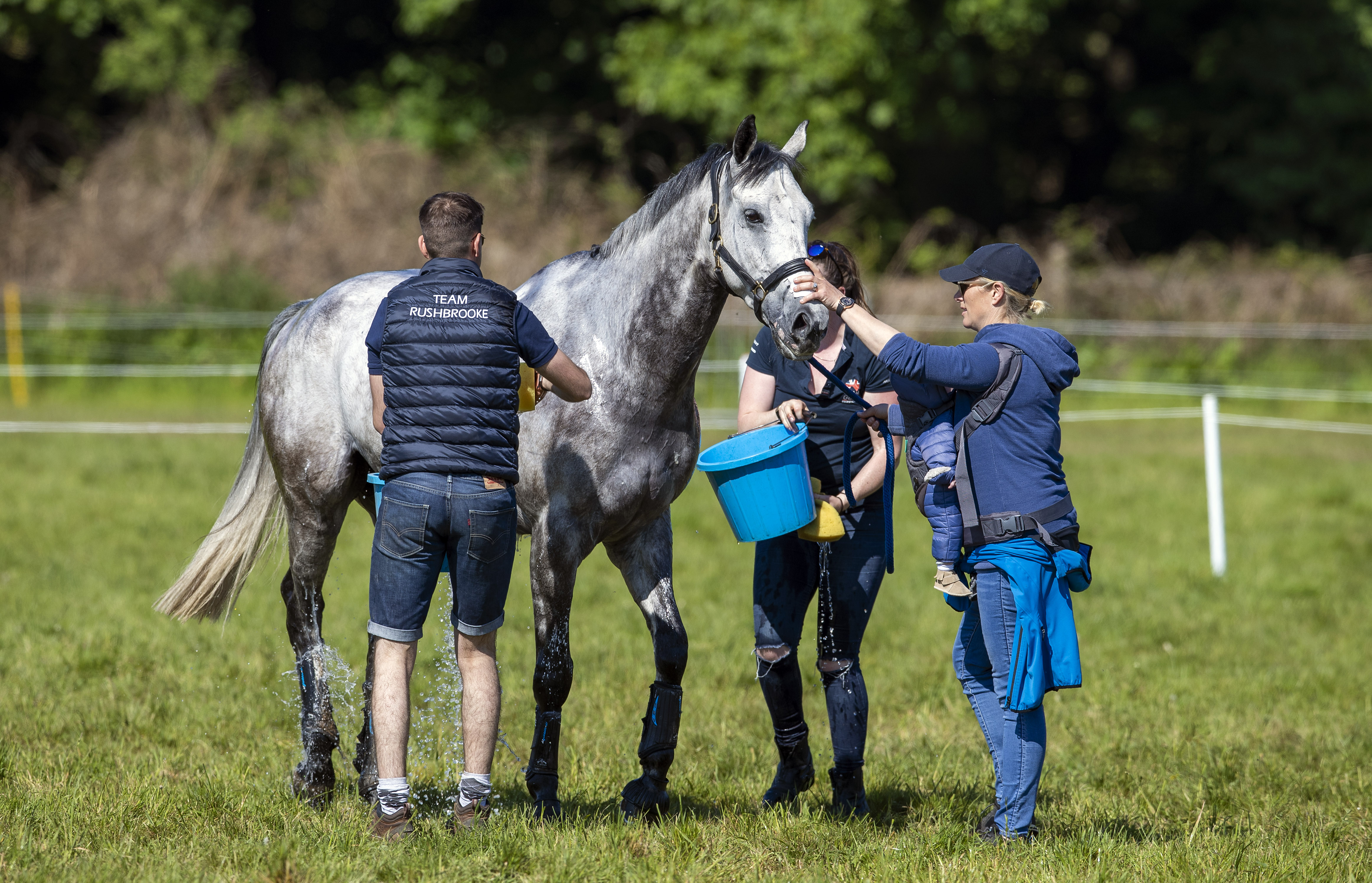 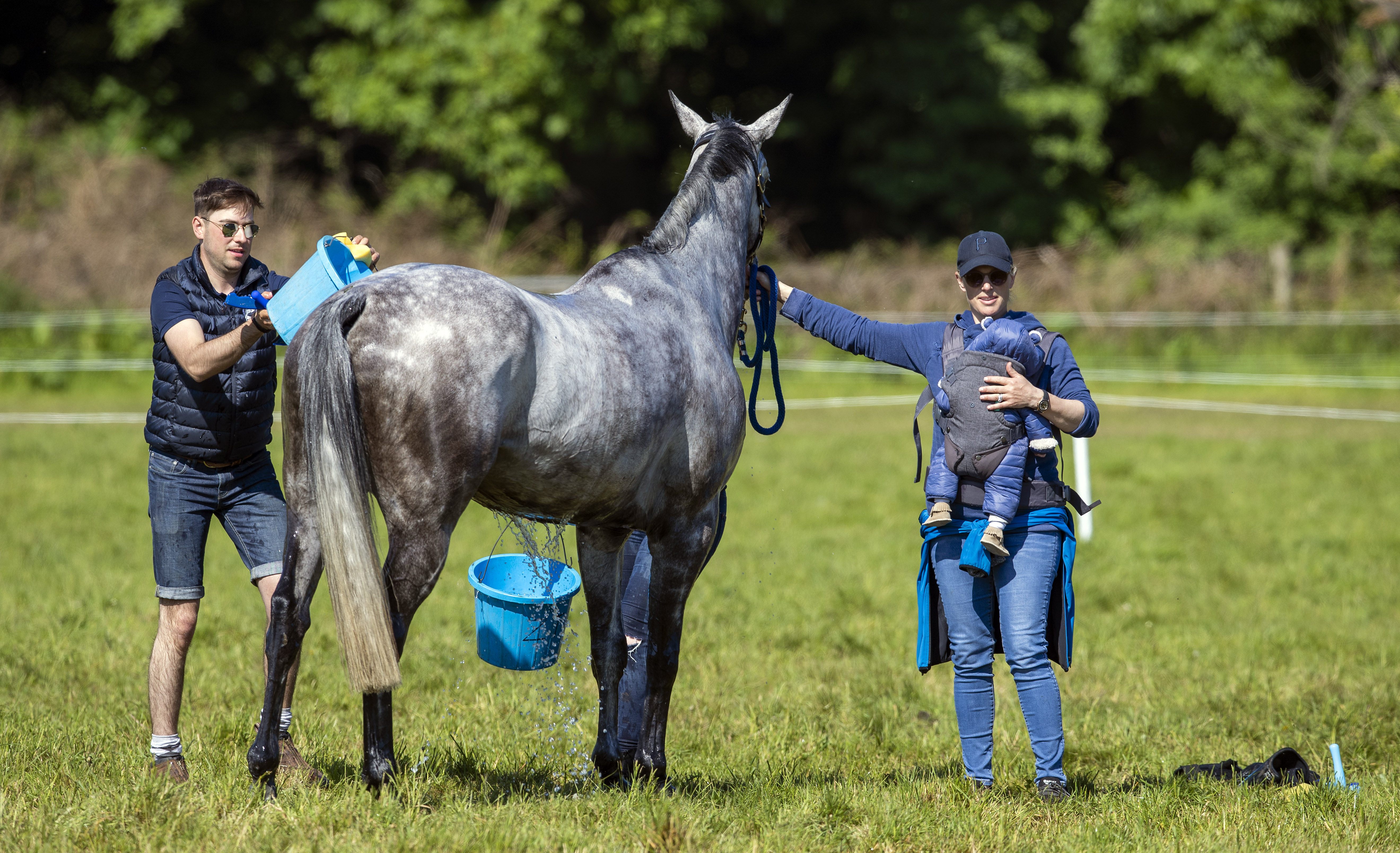 She pushed him round as she spoke with some of the competitors at the trials.

Zara gave birth to the baby boy in March on the bathroom floor of her family home on Princess Anne's estate. 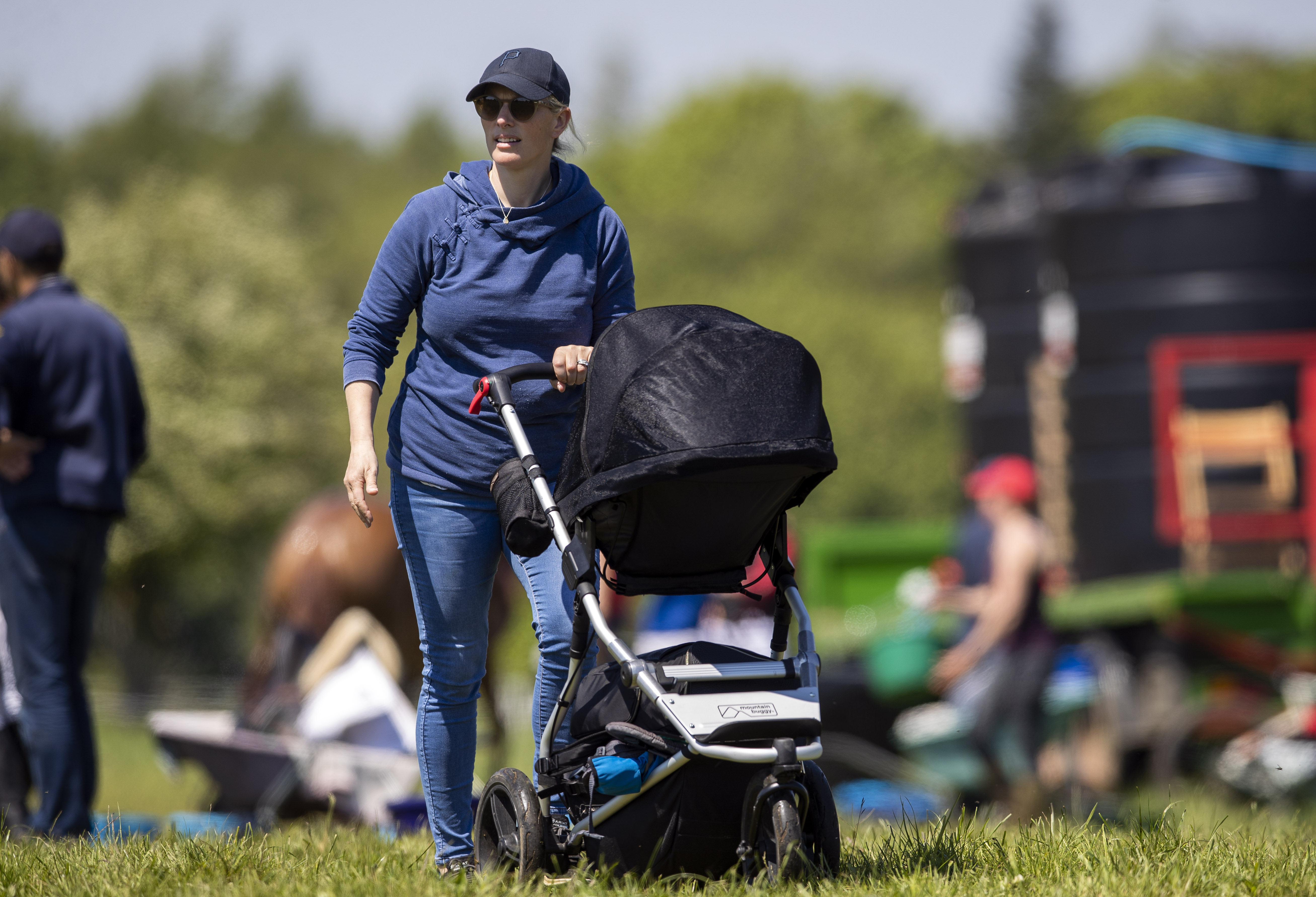 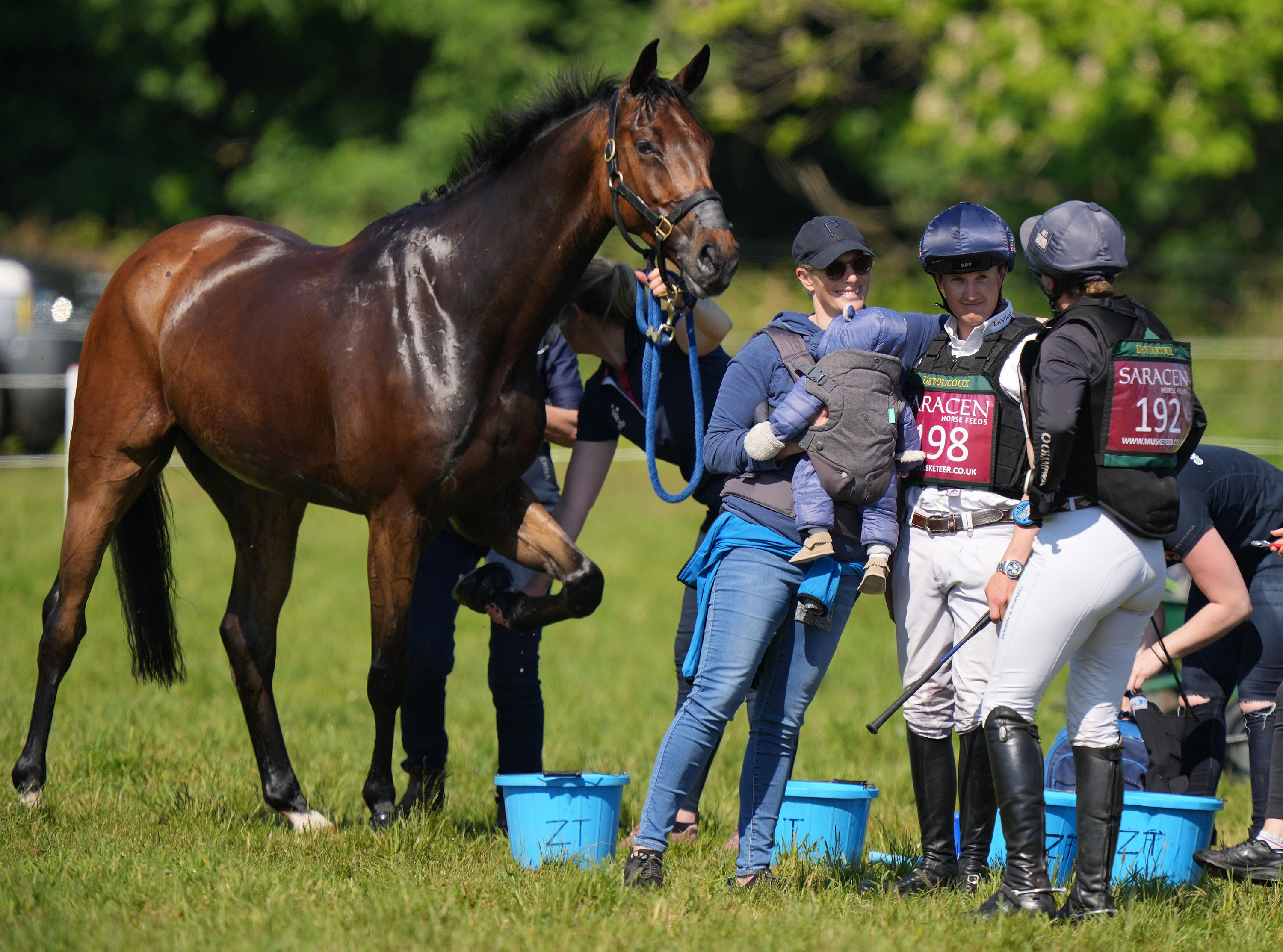 Mike was the one to break the news to the public on his podcast The Good, The Bad and The Rugby, where he described his wife as a "warrior".

The couple's spokesperson also confirmed the happy news and revealed the baby – 22nd in line to the throne – was called Lucas Philip Tindall.

Zara and Mike met during England's Rugby World Cup-winning campaign in Australia in 2003. 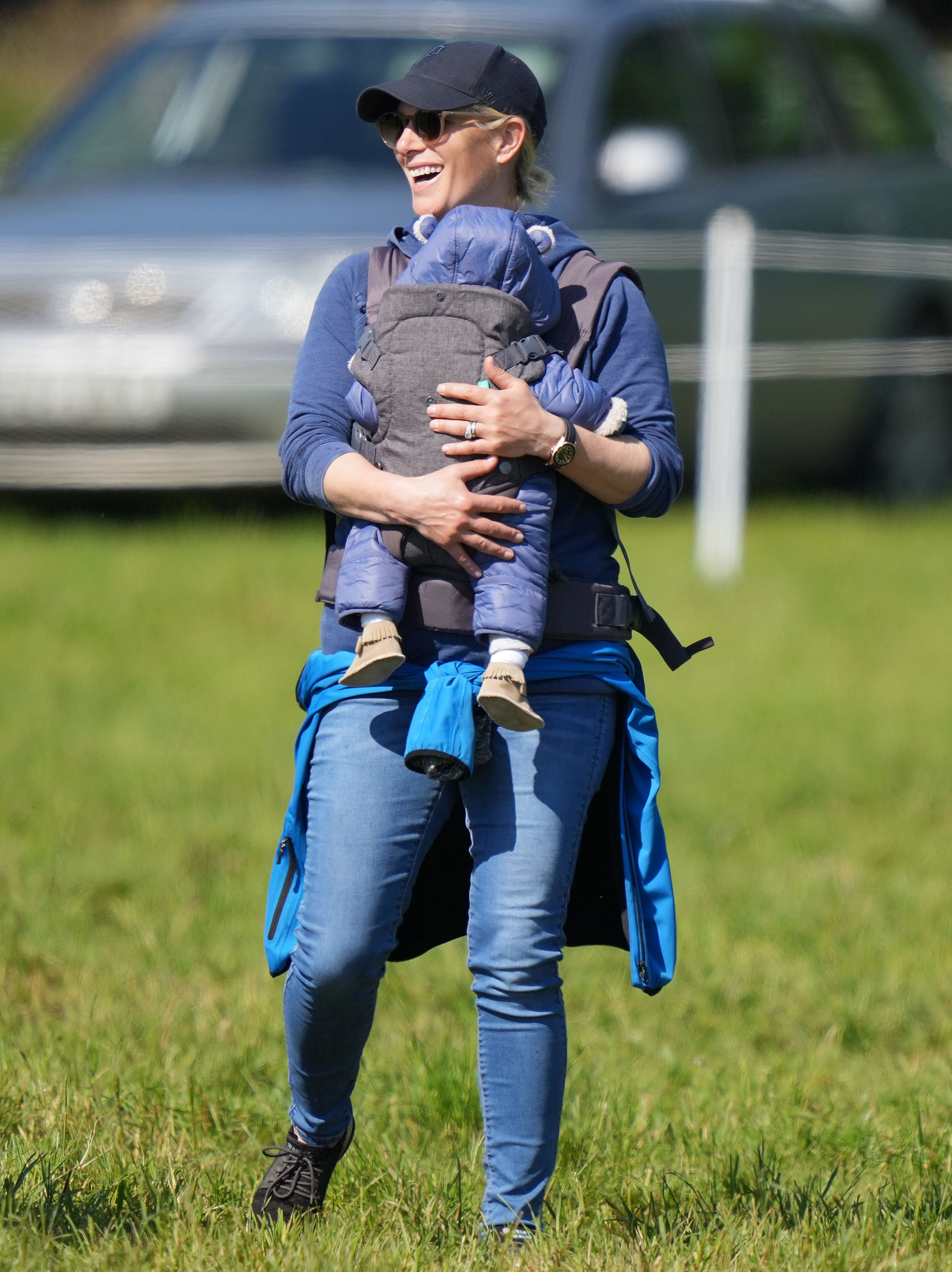 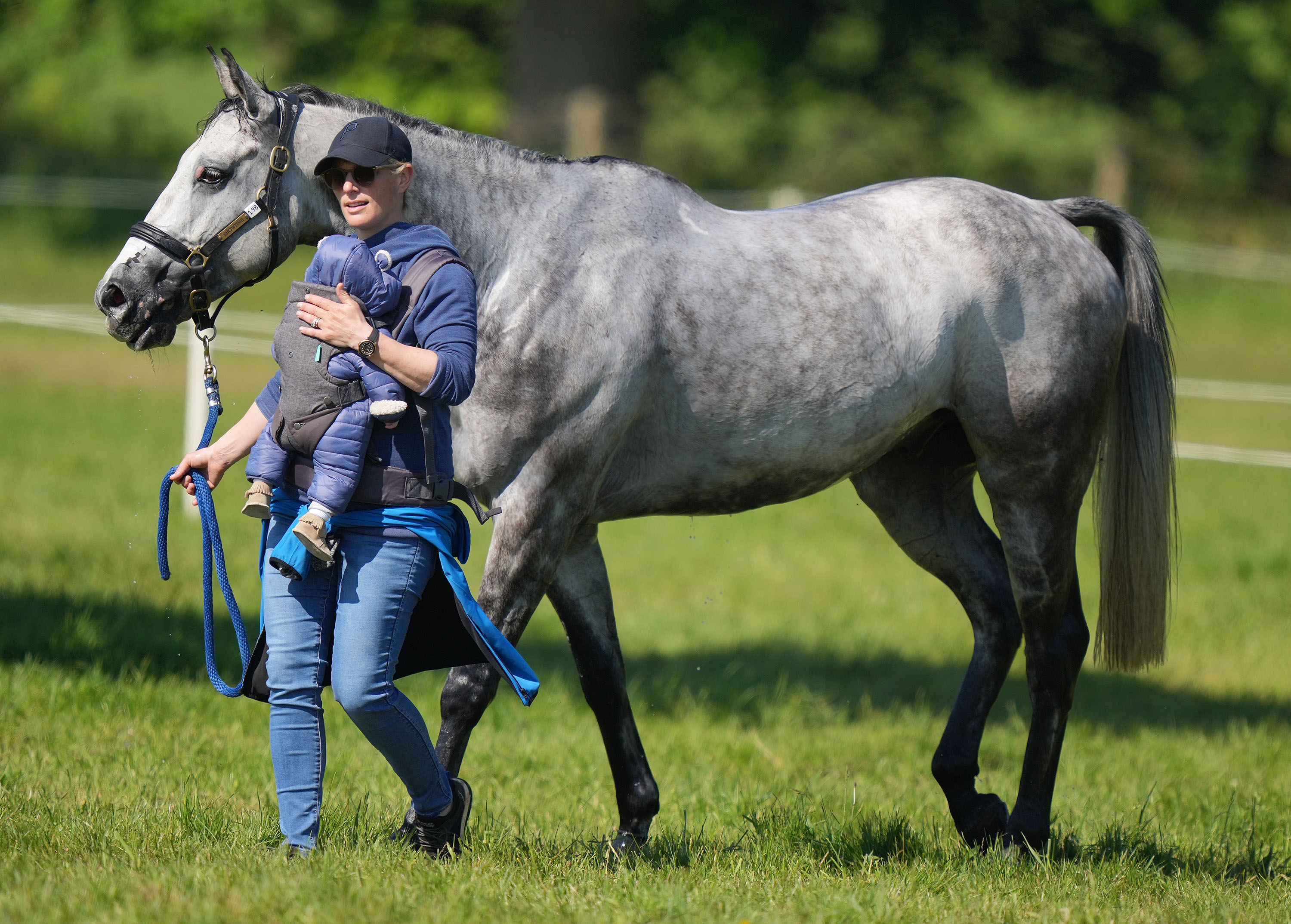 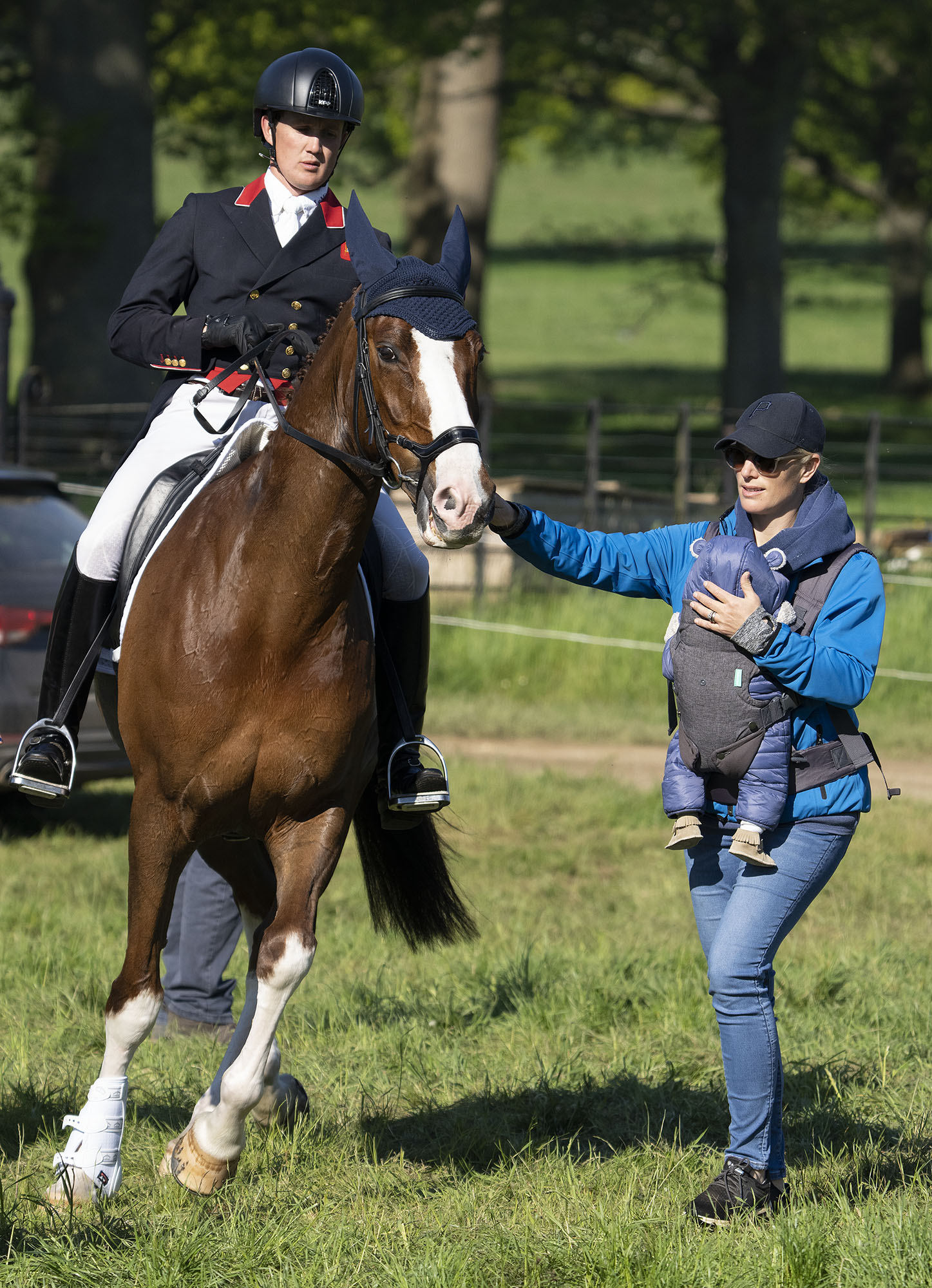 As required by the Royal Marriages Act 1772 – which has since been repealed – the Queen gave her consent to their marriage in a meeting of the Privy Council on 10 May 2011.

Their first child, daughter Mia, was born in January 2014 followed by Lena in June 2018.

The couple, who live in Gloucestershire, are famously down-to-earth.

Plus, Zara Tindall’s secret half-sister revealed – and she shares the royals’ love of exotic holidays, parties and horses.

Did you read about the birth of baby Lucas, as Zara Tindall gave birth on bathroom floor – and name is touching tribute to Prince Philip.

And here's a look inside Zara Tindall & husband Mike’s love story – from heartbreaking miscarriages to lagers on the sofa.