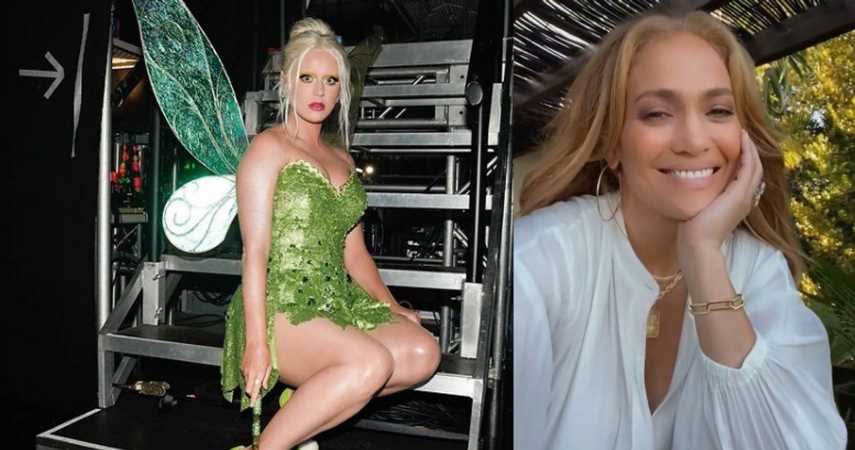 It is indeed an exciting thing to buy a perfume created by one’s celebrity idol. The making of perfumes under the names of celebrities is, however, not a recent practice. Stars in the show business often have tie-ups with fashion and perfume brands. On several occasions, they even start fresh brands under their name. Owning a brand is always a better option for them as fans often see such brands and their products as extensions of their favorite personalities, which is true to a great extent.

Here are some of the most influential and successful perfume brands owned by renowned celebrities.

Ariana Grande is currently one of the leading American pop stars who has won many prestigious awards like Grammys and Billboard Awards. However, if there were an award or accolade for creating fine perfumes, Grande would surely be a nominee.

Among the very popular celebrity perfume brands is ‘Cloud’ by Ariana Grande. Ariana has been in this business since 2017 and has dropped about eight perfumes till now. Her business strategy involves naming each of her perfumes after one of her superhits, as stated by Pure Wow.

Fenty Beauty was the beauty brand launched by Rihanna in 2017. However, before that, she was all about launching new fragrances. The exclusive feature of ‘Nude’ by the world-famous singer and songwriter is the fruity citrus fragrances that these perfumes exude.

Rihanna launched her first perfume in 2010, and by now, there are at least ten types of perfumes launched under the brand. Though she was not a professional at the art of making perfumes back then, she still managed to win the hearts of perfume lovers.

The best thing about ‘Glow’ is its wonderful natural scent. For folks looking for the smell of jasmine or musk, this is their go-to perfume. Smelling like flora and fauna was precisely the target of Jennifer Lopez, and she has achieved it masterfully.

According to Bazaar, another attractive feature of Glow perfumes is its astonishing bottle. A clean, sappy liquid in a glass bottle that resembles a timepiece is a truly elegant sight that customers admire.

Britney Spears has managed to stand out from the crowd in her perfume business as well. Her journey in show business has been a tad bit jerky, but she has achieved a ton of things in the process.

Besides being a star in the music industry, Britney Spears is also an entrepreneur. In fact, her perfume brand ‘Curious’ has one of the most unique names. The scent is a mild mix of Vanilla, Jasmine, and musk, making it perfect for everyday wear.

Lady Gaga is another personality who has taken up the genius business strategy of naming her perfumes after her hit songs. So it comes as no surprise that ‘Fame’ has been named after the star’s favorite 2012 album of the same name.

This perfume has the smell of honey and apricot mixed with hints of Vanilla and musk, as stated by The Things. The naming of this perfume bottle can also be taken as a sign of what fame smells like since its golden bottle gives off the same glam-filled vibe.

Sarah Jessica Parker from Sex And the City movie franchise is also an owner of a successful perfume company. However, what Parker has done in the perfume industry is not only remarkable but also revolutionary.

In her fragrance called ‘Lovely,’ she has attempted to break down all notions about prune sprays by mixing fragrances considered masculine with those considered feminines. But, in a sense, this perfume has no defined gender as it is a mixture of woody essence with fruity, floral notes giving it an enigmatic yet sweet scent.

Katy Perry is all about manifesting female energy and taking over the world. Her hit singles like Roar justify and uphold the same concept. Thus, naming a perfume ‘Killer Queen’ seems quite fitting of Perry.

The bottle of this fragrance also makes it stand out as it is cat-shaped. It is rumored that the idea behind this is to make one feel as elegant and poised as a royal cat after wearing the fragrance. It has notes of chocolate and berries in some varieties, and in others, it has jasmine sambac, patchouli, and praline.

Amongst the many entrepreneurial businesses that the queen bee of the Kardashian family owns, Kim K is also a big player in the perfume industry. The KKW perfume bottles look as elegant as their creator and come in a berry black and silver neck combination.

It is called the KKW X Kris because of Kim K’s collaboration with her momager, Kris Jenner. The finish of the fragrance is mindblowing with a combination of woody-amber and fruity floral.

Taylor Swift has been a versatile performer even within the bounds of the music industry. She switched from country music to revenge pop so smoothly that it is hard to tell if there is a genre in which she might not thrive.

‘Wonderstruck,’ however, is reminiscent of days when Taylor Swift composed and sang only country music and love numbers. She has launched over five perfumes to date, and they are all fresh and youthful fragrances that are rather affordable.

Paris Hilton is another famous personality who has marked her strong presence as a musician, model, actress, and businesswoman. In addition, she is currently a well-known socialite and media personality.

The bottle of ‘Fairy Dust’ by Paris Hilton looks as ethereal as it sounds. The bottle is translucent white, with the cap resembling a mystic blue crystal. It can be said that the scent is Hilton’s imagination of what a fairy could smell like.

These perfume brands are proof that these stars are as innovative as they are talented. This makes them role models for aspiring singers, performers, or actors, and self-made business persons.

READ NEXT: Keeping Up: The Most Successful Kardashian-Jenner Companies