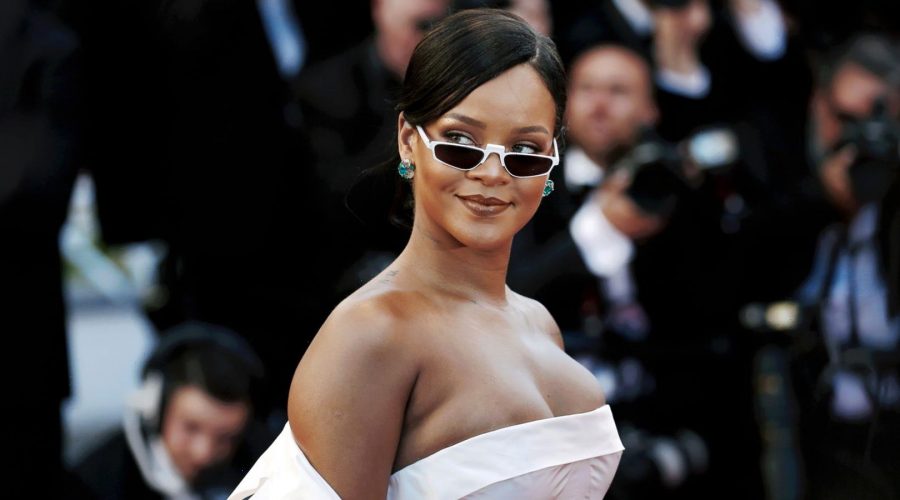 With nicknames like The Caribbean Queen and The Barbados Babe, it’s no secret that Robyn Rihanna Fenty is the most famous, if not among some of the biggest international celebrities to be a native of the Caribbean. Her professional career began in 2005 when she signed with Def Jam Records and produced her first two music albums, Music of the Sun (2005) and A Girl Like Me (2006), which acted as the launching pad to her success. As of August 2021, Rihanna officially made it into the billionaire club with a net worth of $1.8 billion. With such an extensive amount of money, one can only imagine the kinds of luxurious mansions she has once called home. Let’s find out more about them.

Rihanna’s first million-dollar mansion came shortly after she signed with Jay-Z’s Def Jam Records in 2005, after which she skyrocketed to superstardom. The seemingly shy and reserved island girl from Barbados came from humble beginnings, but the spoils of her success were seen when she purchased her first home in the Beverly Hills Post Office area of Los Angeles for $6.9 million. The measurement of the three-story mansion was reported at 8,520-square-feet, sitting on three-quarters of an acre of land. It was said that she sold the eight-bedroom 10 bathroom home a few years later for a loss at $5.03 million due to extensive water damage. But as you can imagine, she was just getting started in the field of real estate.

A few years after the sale of her first mansion, the Good Girl Gone Bad album producer rented out a $65K mansion in Pacific Palisades for under nine months in 2012 after selling and leaving her previous Beverly Hills residence. The 10, 970-square foot mansion was colossal, with raised 14-foot ceilings, a 6000-square-foot garden, seven bedrooms, and nine bathrooms, all for her leisure. However, only nine months after her stay at her stay on the property, she was forced to, once again, relocate due to an onslaught of stalkers who located her living quarters. There were even trespassers on the property, which posed to be a dangerous hazard to her safety, according to Curbed. In the years following her prompt departure, the mansion sold for $11.175 million in 2016.

As an international artist, Rihanna’s busy schedule requires her to be on the move. Therefore, she can never remain stationary or get too comfortable in one spot, even if she owns the place! So as a part of the collection of places she once called home, she goes from California all the way to the Manhatten, New York on the East Coast. According to the New York Post, when Rihanna began renting the penthouse in 2013, it cost her $39,000 per month. By the time she was ready to leave in 2017, she was paying $50,00 for the 7,000-square-foot two-level condo. It also featured a 2,400-square-foot wraparound terrace, four bedrooms, and three bathrooms.

In the same year she was renting out the Chinatown penthouse condo in Manhatten, she was also busy investing in a $22 million beachfront villa at One Sandy Lane, Paynes Bay in her native country of Barbados. The pricey purchase comes just one year after the release of her 2012 album, Unapologetic, which became her first album to make it to number one on the Billboard 200. The 10,000 square-foot condo is one out of eight condos near the Sandy Lane Hotel in Paynes Bay. Among some of its features include five en suite bedrooms, a private terrace, a dressing room, a huge pool, and a 24-hour concierge service. This is likely the most expensive property owned by the singer-turned-entrepreneur.

Following the frightening ordeal with the stalkers and trespassers during her nine-month stay at the Pacific Palisades home, she sought refuge in 2014 in a David Lawrence Grey Architects-designed behemoth dubbed the Fortress. The architectural masterpiece spans 10,000-square-feet and features 40-foot ceilings with walls of glass from top-to-bottom, an immaculate master bedroom, and a lavish dual-master bathroom. Also featured is a stainless steel kitchen, five bedrooms in the main villa plus two more guest rooms in the separate gatehouse. She also got to enjoy the phallic-shaped private swimming pool, full-sized bar, gym, motor court, and 12-person spa. The Rude Boy singer paid $60,000 a month for the masterpiece, but the price also starts at $3500 per night.

The very same year in 2014, Riri dished out $5.5 million for a penthouse in The Century Tower designed by Robert A.M. Stern. The 6020-square-foot condo complex contains four bedrooms, five and a half bathrooms, hardwood floors, marble countertops, and a private wraparound terrace with a fireplace and lounge area. Also available at the 42-story tower are amenities such as a 24-hour valet, security, doorman, and concierge services; a 75-foot-long swimming pool; a deluxe screening room, and a wine storage area. Other high-profile tenants such as celebrity chef Nobu Matsuhisa, Matthew Perry, and Paula Abdul have also shared a unit at the three-story townhouse.

At this point, it’s clear that Rihanna isn’t purchasing all these properties with the intention of staying at one every other month or so. Rather, investments in real estate are one of the many ways she streams in her millions, besides her Savage X Fenty Lingerie line of ladies wear. In 2015, she purchased another condo for $925,000 in Los Angeles, CA at the high rise along the Wilshire Corridor. This is one of the many condos and/or mansions the Umbrella singer has scooped under her wing. Many believe the reason she has opted to purchase high-rise condos, in particular, is because of the stalking incident in 2012.

RELATED: You Can Rent Rihanna’s Mansion… For 80k A Month

Rihanna’s next investment opportunity came in 2017, the same year she launched her Fenty Beauty cosmetics brand. The Grammy Award-winning singer, actress, and entrepreneur made the purchase of a Mediterranean-style villa in Hollywood Hills for $6.8 million. The 7,130 square-foot structure boasts a total of six bedrooms and 10 bathrooms, designed with high ceilings and steel-framed doors throughout the interior of the mansion. The property also features a fitness center, a private pool, and large outdoor lounging areas. Sadly, the wrong kind of fans seem to follow Riri wherever she goes, and her Hollywood Hills home was yet again targeted by intruders. She put the house on the market for $7.5 million only a year after buying it. But then switched it to the rental market for $35,000 a month instead.

A post shared by Hollywood Homes For Sale (@hollywood.homes)

As reported by Variety, the dance-pop princess also splurged $2.7 million on another Spanish-style villa in West Hollywood. As she is privy to the housing market in Hollywood and is a shrewd businesswoman as well, Rihanna didn’t intend for the home to be a long-term investment and flipped the home onto the market after three months, making a slight profit of $2.85 million. Although this was one of her less expensive properties, the 2,651-square-foot home still possessed beautiful architecture, boasting four bedrooms, four bathrooms, and a poolside guesthouse. Rihanna joins the long list of billionaire celebrities that have heavily invested in real estate.

A post shared by Hollywood Homes For Sale (@hollywood.homes)

Her most recent mansion purchase came in March 2021 when she put up $13.8 million for a Beverly Hills mansion in the Beverly Hills Post Office area. The property, located at 9531 Heather Road, was built in the 1930s and measured a little over 7,600 square feet. It came equipped with five bedrooms and seven bathrooms and a gigantic swimming pool. She is also surrounded by other A-list celebrities like Tyler Perry, Paul McCartney, Madonna, and Mariah Carey. Even the royal couple, Harry and Megan Markle, once lived in the area for a short period of time.