An explosion in a maintenance area of a Veterans Affairs hospital campus in Connecticut killed two people Friday, officials said. The deaths were earlier confirmed by Sen. Richard Blumenthal to CBS affiliate WFSB-TV.

“We received a report this morning that an explosion occurred at the West Haven campus of the VA Connecticut Healthcare System that resulted in two deaths in a non-patient care area,” VA Secretary Robert Wilkie said in a statement. 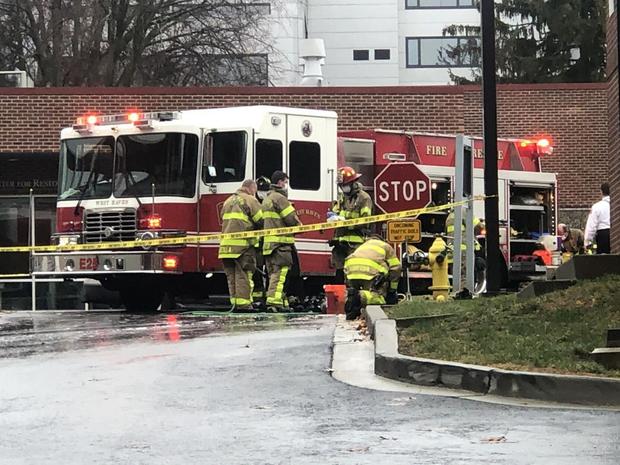 “Neither of the victims were VA patients and patient care was not affected. Emergency personnel are on the scene,” the statement said. “Our prayers are with the families of the victims of this explosion.”

The deaths occurred in a maintenance area, according to a law enforcement official who had been briefed on the matter but spoke to The Associated Press on the condition of anonymity because he was not authorized to release information.

The television station WTNH reported that smoke could be seen rising from the building.

The federal Occupational Safety and Health Administration is looking into what happened, spokesperson Jim Lally said.

State Sen. James Maroney offered condolences to the families of those impacted by what happened, WFSB reported.

“My thoughts and prayers are with the families of those who lost their life in the explosion at the VA [Friday],” Maroney said. “I have nothing but gratitude and appreciation for the first responders who are on hand dealing with the situation as we wait to find out what caused the explosion.”

13/11/2020 Lifestyle Comments Off on 2 killed in explosion at VA hospital in West Haven, Connecticut
Lifestyle