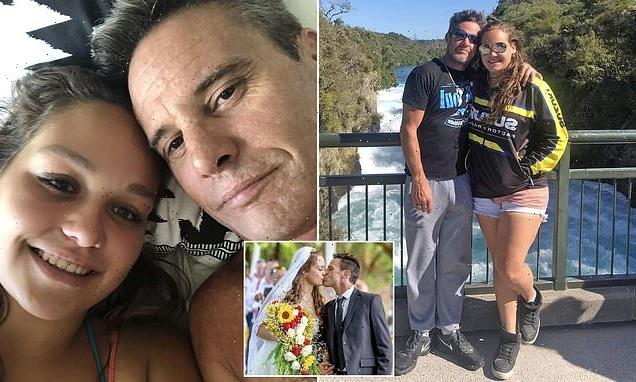 Woman who married her husband, 44, when she was 18 admits she lost friends because he was the same age as their fathers

A married couple routinely mistaken for father and daughter admit their 25-year age gap has cost them friends – but that didn’t stop them getting engaged while she was just 18.

Rosana Inkpen, from Auckland, was 18 when she met her now husband Scott in 2018 because she was friends with his brother, and despite him being 44 at the time, the pair hit it off immediately.

The duo bonded over their mutual love of horses and cars and their whirlwind romance saw them engaged just five months later.

Construction worker Rosana, now 21, admits she has endured nicknames like ‘the toddler’ and been branded a gold digger but she has learned to ignore it.

While she was too ‘insecure’ to even hold Scott’s hand at first because of people giving them ‘dirty’ looks, Rosana says she now knows how to take it in her stride – and even ‘salutes the haters with her middle finger’. 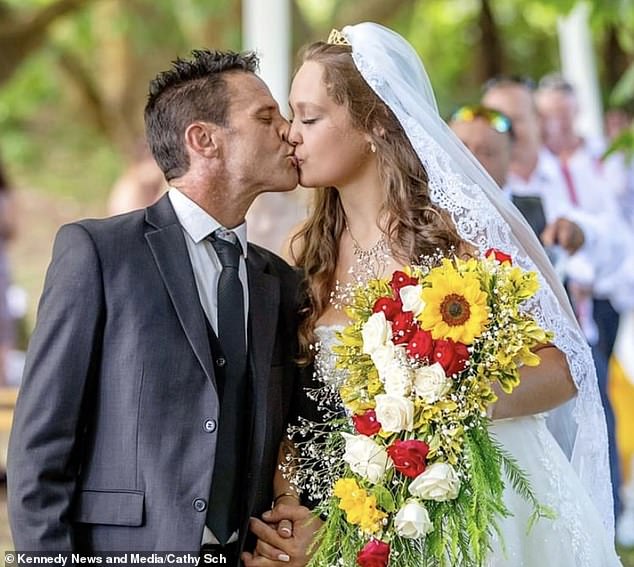 Rosana Inkpen, 21, from Auckland, married her husband Scott, 46, in January, pictured. The pair met in 2018, when she was just 18 and he was 44. She admitted the pair have lost friends since getting together 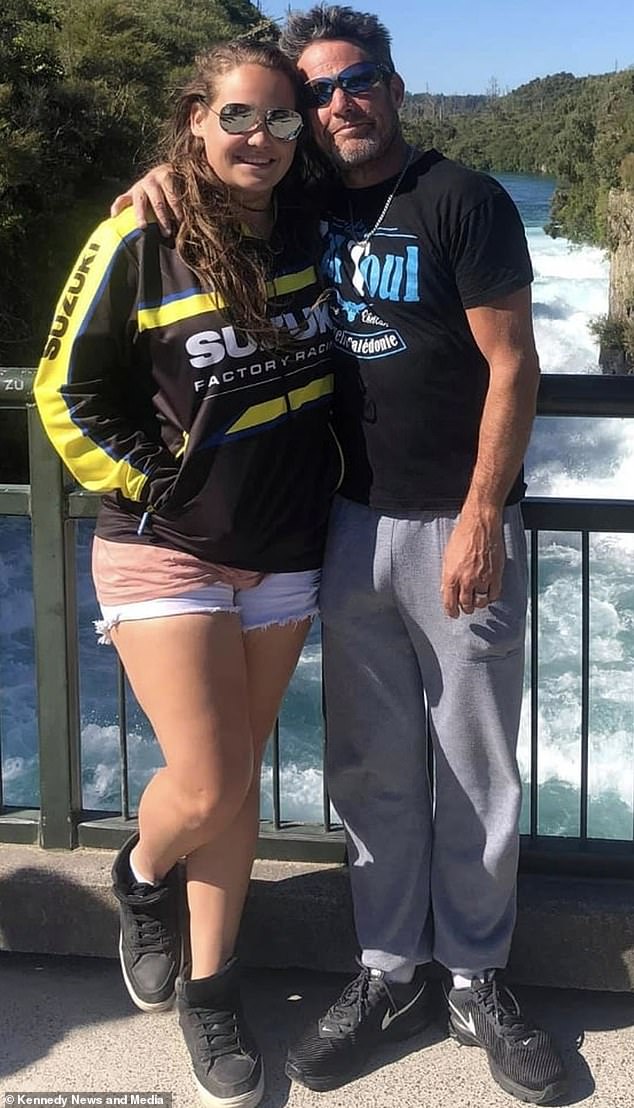 The pair tied the knot in January this year, pictured, after three years of dating. Scott said he enjoys being a dad and is looking forward to having kids with Rosana 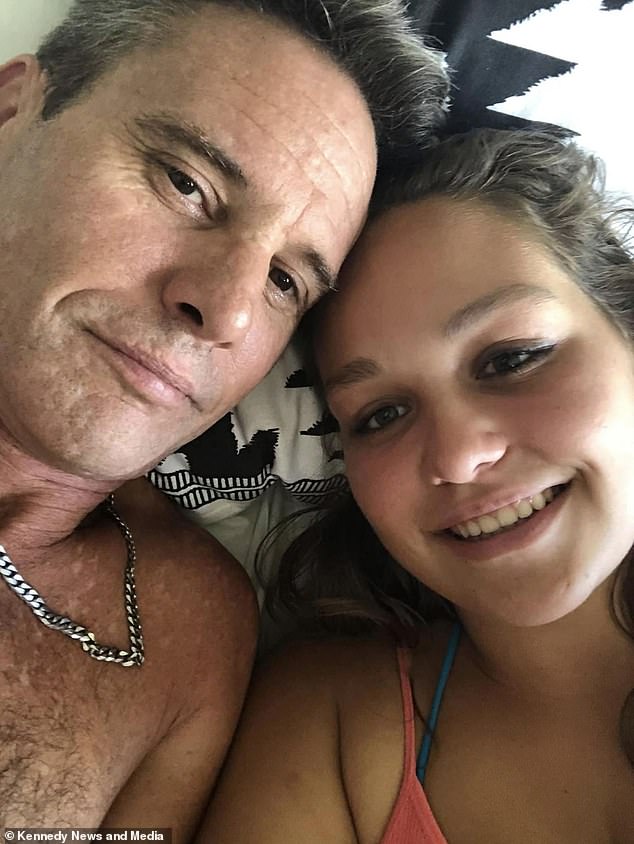 Rosana, pictured, admitted she’s had to overcome her own insecurities about the age difference before she was able to date Scott out in the open

However gardener Scott, now 46, says that their age gap has been a huge positive because with Rosana being younger she keeps him being active when otherwise he might be inclined to just ‘come home and chill’.

Despite the criticism and obstacles, the couple refuse to give up their relationship and insist they are happier than ever – even marrying in January this year.

Rosana said: ‘I did lose friends when we got together. My partner was the same age as their parents but I learned who my friends are.

‘A lot of people think I’m his daughter. I just say that I don’t do the incest thing and they chuckle and get embarrassed. 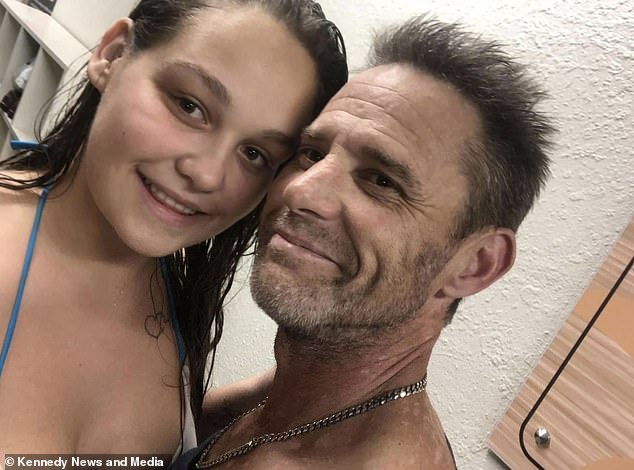 Scott, left, and Rosana, right, were engaged just five months after meeting in 2018. Rosana admitted she used to be self-conscious about their age difference, but now feels confident enough to stand up to her critics 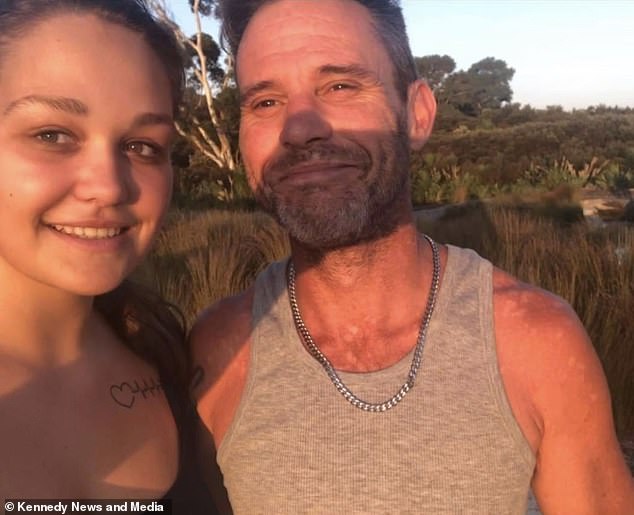 The 21-year-old, left, admitted people often confuse Scott for her father, but she laughs it off and tells them she’s ‘not into the incest thing’

‘When I was getting my first Covid jab and he was getting his second, one of the nurses asked if I’d come with my dad. I told her, “He’s my husband”, and people were laughing at her.

‘It took me a while to get used to it but there’s no harm done and it’s a common mistake. It used to bother me.

‘I’ve been called a gold digger and some people call me “the toddler”, which used to make me angry, upset and annoyed but I’m used to it. I can’t control it.

‘We get a lot of dirty looks mainly. At the start of the relationship, I used to feel awkward. 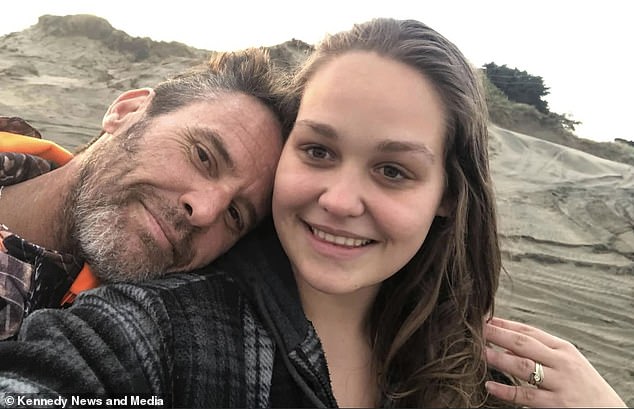 The pair instantly hit it off when they met in 2018. Scott, left, said Rosana keeps him active, and that otherwise, he’s be a homebody 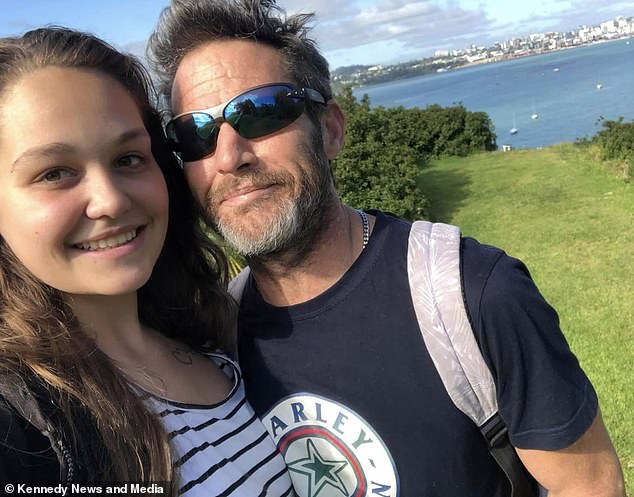 ‘I didn’t want to hold his hand or hug him in public because I was so insecure about the age gap. I thought someone might come and tell him to get off me.

‘Now I just salute the haters with my middle finger.’

Scott added: ‘Some of my friends congratulated me on being with a 20-year-old.

‘We have such a spark. One benefit of being with someone younger is that we work hard, so you want to come home and chill but she wants to be active.’

Rosana says that her parents, Steve, 50, and Roseabelle, 49, couldn’t be happier for the pair despite Scott being just a couple of years younger than them. 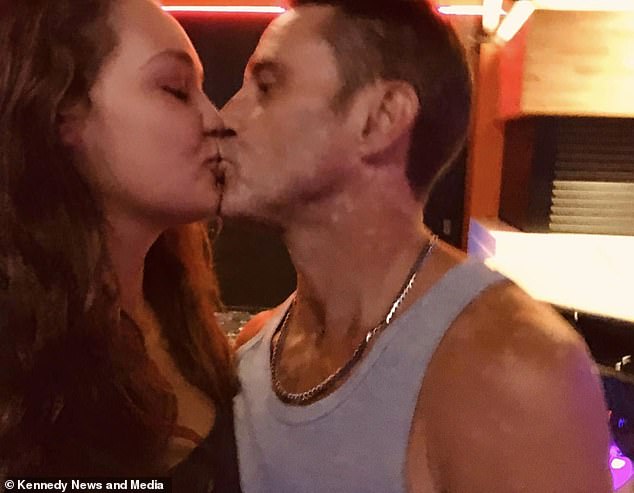 The construction worker revealed she wants to start a family with Scott, pictured, who already has four children with his previous partner 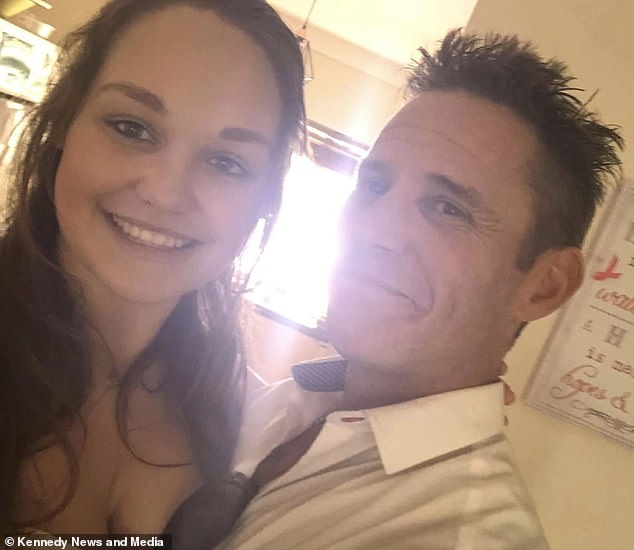 The pair are looking forward to start a family, but Rosana admitted she worries about what will happen in the future due to their age difference

Scott already has four children of his own from a previous relationship, Kaitln, 17, Keira, 16, Kase, 10, and Charlotte, seven.

The couple are hoping to have children of their own but Rosana admits she worries for the future due to Scott’s age while her husband fears she’ll start looking for someone younger.

Rosana said: ‘I always have the thought that I’ll be around longer than him in my mind.

‘We’ve had serious talks about what will happen. 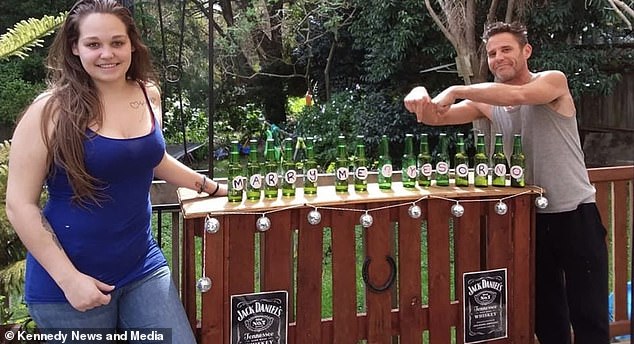 The married couple, pictured, have had lengthy conversations about what the future holds for them. Scott admitted he is scared Rosana will leave him to go with someone younger

‘He gets insecure about what will happen when he gets grey hair thinking I’ll look for someone else but I’ll love him until the days end and we both stop breathing.

‘I’ll always be there for him. We’re looking to start a family soon. We don’t want the whole alphabet but I’d like two kids.

‘I told him there was no pressure but I would like to start a family and he said he’d love to.’

Scott added: ‘I want to start a family with my wife. I’m a family man. I enjoy being a dad even though it’s probably the most stressful job in the world. 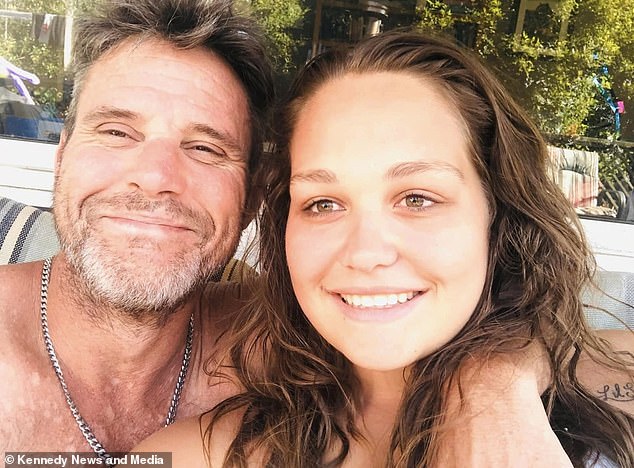 Scott, left, admitted he sometimes worry about what will happen to Rosana when he dies, but said she is ‘strong’ 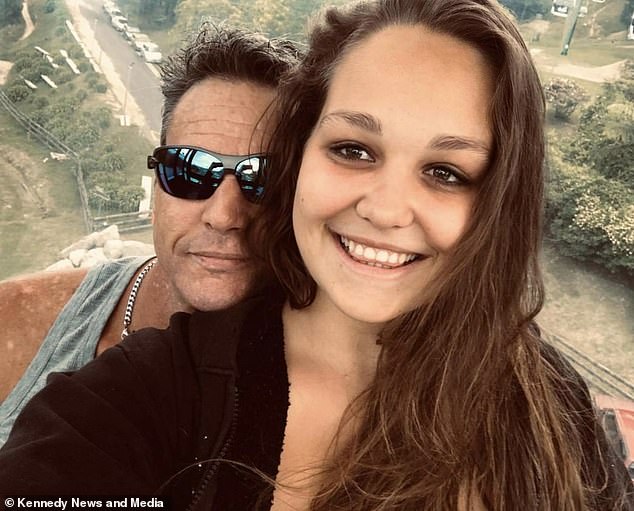 Rosana, pictured, said she will never leave Scott for someone younger, and will love him until her last breath 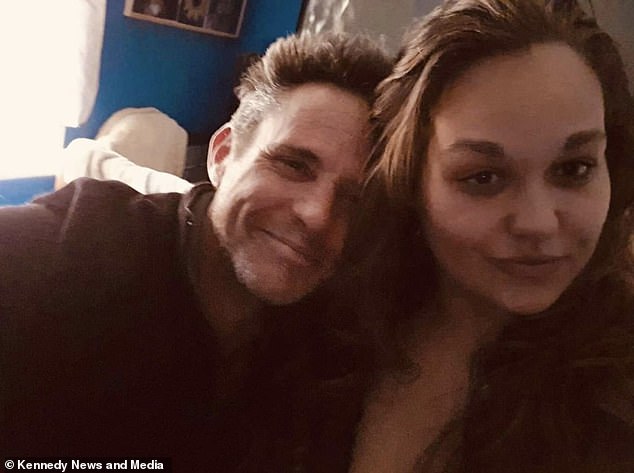 The 21-year-old said her parents ‘couldn’t be happier’ for her and Scott, but that she’s lost friends over the relationship

‘We’ll have the cutest kids because my wife is a stunner.

‘She’s a beautiful soul and she’s tough, she’s tougher than me sometimes. I’ve had a few downs and she’s my up.’

Scott had been working as a steel frame worker in Australia when the pair met and immediately hit it off with Rosana. The pair stayed in contact over the next few months as he went back to Australia.

Scott moved to New Zealand just a few months later where they got engaged.

Rosana said: ‘Scott was the talk of the week and I was very curious about who he was and why he was so interesting. 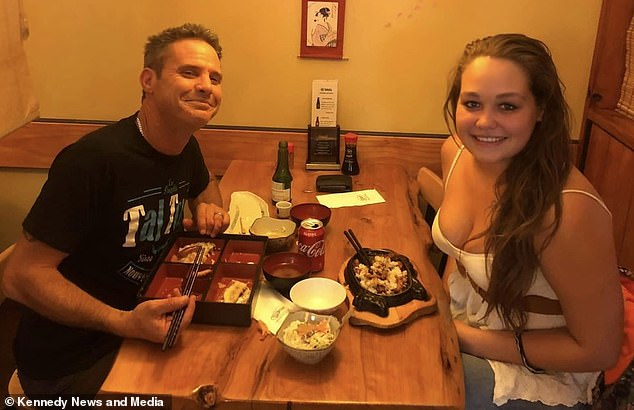 The couple are often mistaken for a father-daughter duo when they are out and about, or enjoying a meal, pictured

‘He came over to New Zealand for a holiday and we started talking. We stayed in touch for a few months. No one could make me laugh like he could.

‘I went to visit him in Australia and we had one on one time together so I developed feelings.

‘When I came back to New Zealand, he got a job here because he’d fallen in love with me. 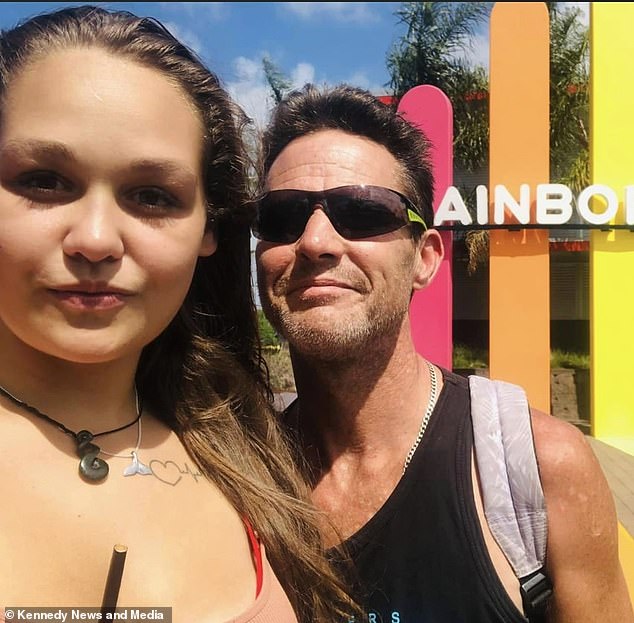 Scott, right, was visiting New Zealand for work when he met Rosana, but eventually moved there from Australia to be with her 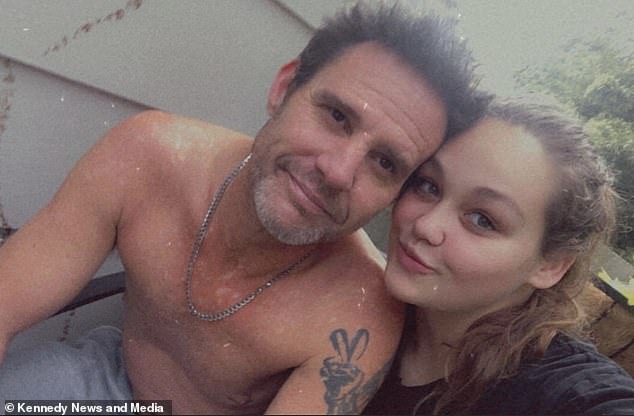 It is Rosana, pictured, who proposed to Scott after their five-months romance. She said people claimed their love would never last

‘When he came back to New Zealand, I proposed to him. We have so much in common, we both have a passion for horses, cars and adventures and we open up to each other.

‘People said it was never going to last and it was moving too fast. We had too much hope, trust and support in each other.’

Rosana and Scott are sharing their story in the hopes of breaking down stereotypes of age gap relationships.

Rosana said: ‘Before people judge us for the age gap, they should meet us. Never judge a book by its cover.

‘A lot of his friends who judge me have never met me and the ones who accept and love me have spent time with me.

‘Anyone in an age gap relationship should ignore everyone else and live their best life.’ 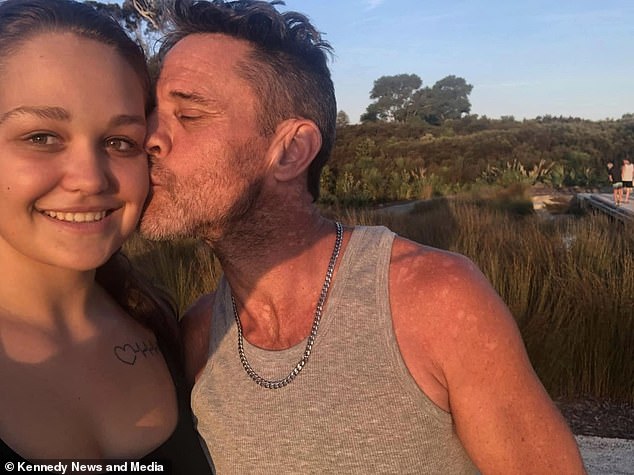 The couple, pictured, want to break stereotypes about age gap relationships and said people should not judge them 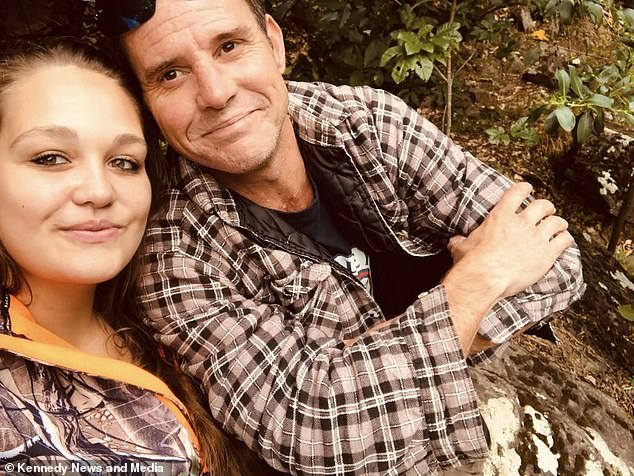 Rosana, pictured, said the friends of Scott’s who judge her have never met her, but the one who like her have 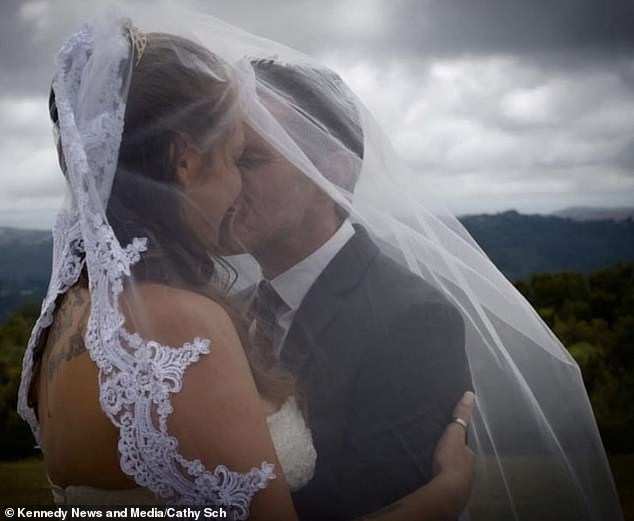 Pictured: Scott and Rosana sharing a kiss on their wedding day. Rosana sais age gap couples should forget about anyone else and ‘live their best life’