Downsizing to100 to 400 square feet of space requires both a physical and mental shift, from reducing possessions to getting acclimated to a tighter space.

Business Insider talked to six people who went tiny about what they wish they’d known before taking on a minimalist lifestyle. Many had no idea their life was about to get that much better, from the overall building experience to the ease of transition. Some wish they had been more prepared for a few complications — like parking restrictions and the importance of mobility.

Read more:Some people choose tiny houses to save money, but they might not always be the bargain you’d expect

But ultimately, all sixtiny house dwellers were happy with their decision to go tiny — especially when it came totheir finances.

Jenna Spesard found the transition to be easier than she expected. 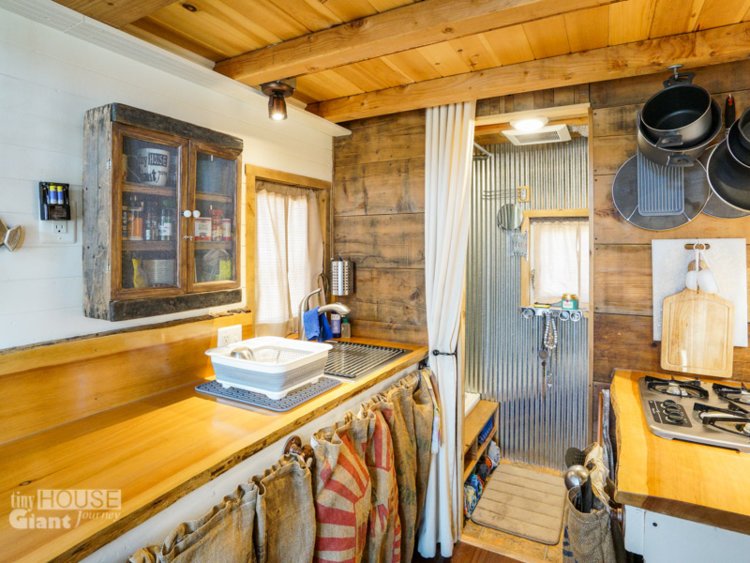 With a bit of trial and error, Jenna Spesard ofTiny House Giant Journey built her 165-square-foot tiny house without many resources. She told Business Insider she had some anxiety about tiny house living before moving in, but found the change to be an easy transition.

“I do wish someone had told me that the transition would be a lot easier than expected,” Spesard, whose tiny house is currently parked on Whidbey Island in Washington, said. “I believe people easily adapt to their surroundings. It didn’t take long before I had a routine and living in a small space was no big deal … the truth is, as long as you downsize and design your space well, it’s an easy transition.”

Laura LaVoie learned that building a tiny house is all about the experience. 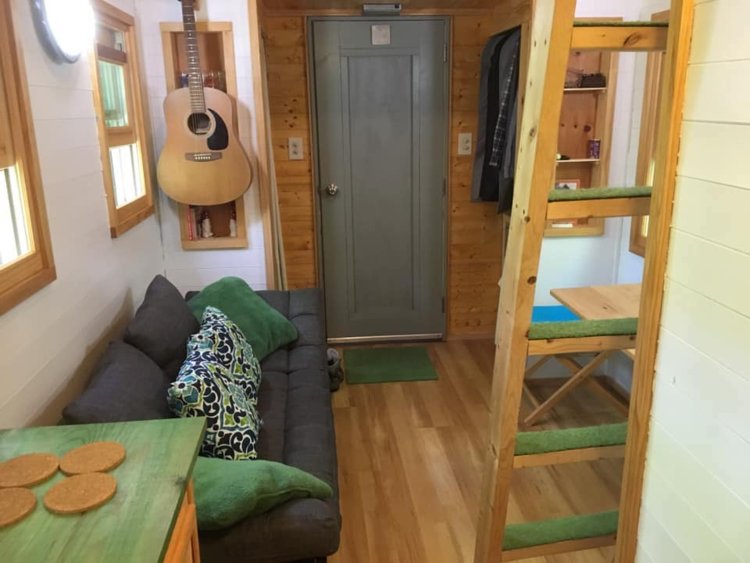 While building her 120-square-foot cabin with her partner, Matt, Laura LaVoie ofLife in 120 Square Feet learned that building a tiny house isn’t about the house itself, she told Business Insider.

“It was about the experience,” LaVoie said. “We wanted to prove we could do it. That we could build a home from the foundation up by ourselves. We went into the experience with our eyes wide open knowing that it would be a lot of hard work. If I had the opportunity to do it all over again now, I would buy a finished [tiny house]. Building was an adventure of a much younger couple.”

The couple built their tiny house in North Carolina while living in Atlanta and working corporate jobs.

“We spent weekends and vacations working on our tiny house, which was a symbol for the things we wanted to outside of full-time jobs,” she said.

Couple Tim and Sam realized it doesn’t take a tiny house to live a minimalist lifestyle. 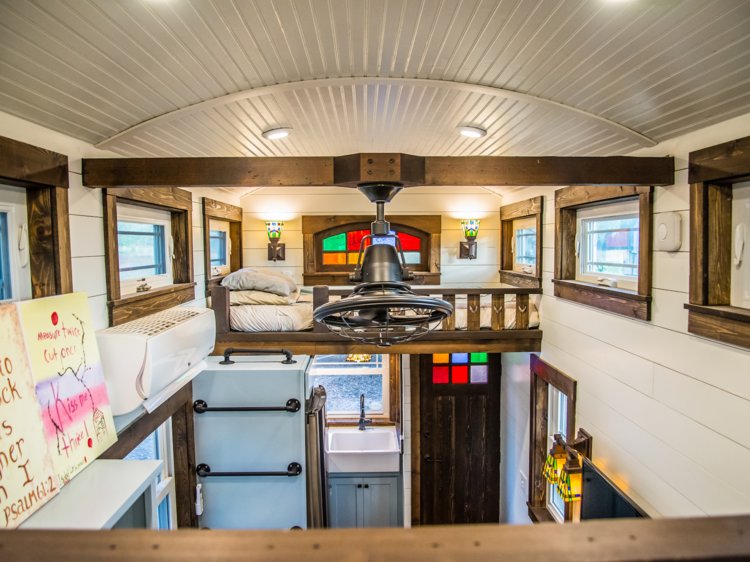 Tim and Sam ofTiffany the Tiny Home bought their 270-square-foot tiny house, which they live in in Florida — but they wish they had transitioned to a minimalist lifestyle sooner.

“You don’t have to live in a tiny house to change your life to better reflect your values,” Tim told Business Insider. “For example, I love to give and receive experiences rather than items as gifts. Having fewer belongings to keep track of is a mental space saver no matter what space you are in. Buying consciously and looking for multi-use items has changed the way we spend our money.”

He added: “Getting outside more is a huge benefit of living tiny, but anyone can do it. Overall, going tiny made us a lot happier, but we didn’t have to wait to change our space to feel this way.”

Ryan Mitchell had no idea just how much tiny living would improve his life. 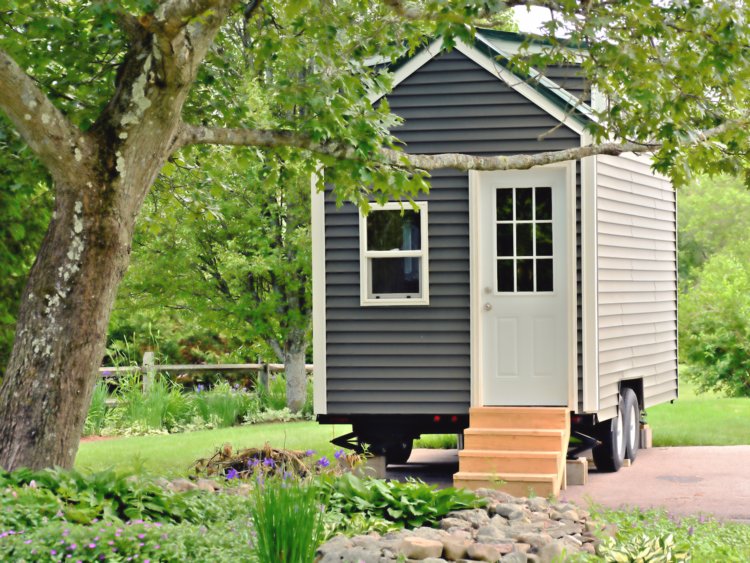 Ryan Mitchell ofThe Tiny Life spent $30,000 on his 150-square-foot tiny house, but didn’t realize just how positive the effects of that decision that would be.

“I knew it would have a large impact on my life in a positive way, but I think I underestimated how much of a positive impact it would have,” he told Business Insider. “It’s hard to put into words how different this life is when your bills are so low; it’s life-changing.”

Mitchell suggests that those considering a tiny house lifestyle think about serviceability.

“Think about how your water lines and utilities will be placed in a way that they meet code and are protected, but you can access them if you want,” he said. “I am working on upgrading my shower and the water lines are difficult to access.”

Bekah Taylor wishes she knew how complicated parking restrictions can be. 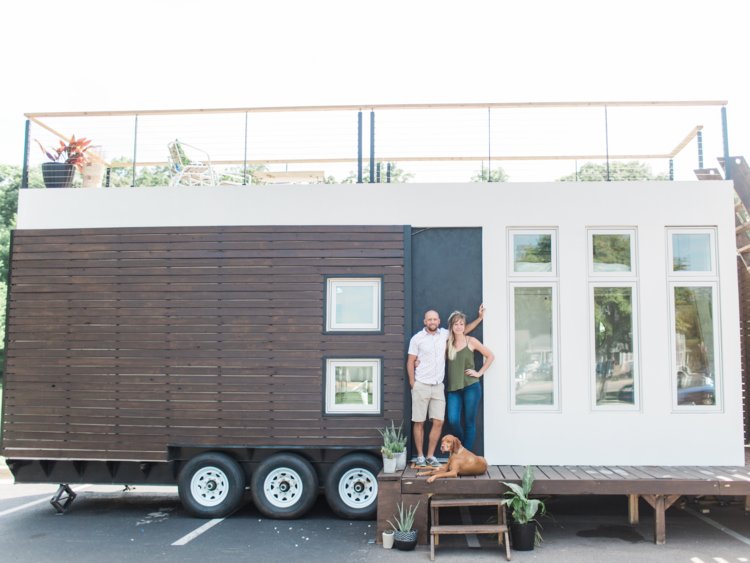 Bekah Taylor ofTiny Little Life said that tiny living has its complications. Parking restrictions, in particular, can be a problem, she told Business Insider.

Zoning laws for tiny houses can be strict, and some require you to own the land where your tiny house is built or parked. They can even dictate the size of the lot.

Couple Bela and Spencer overlooked the importance of mobility. 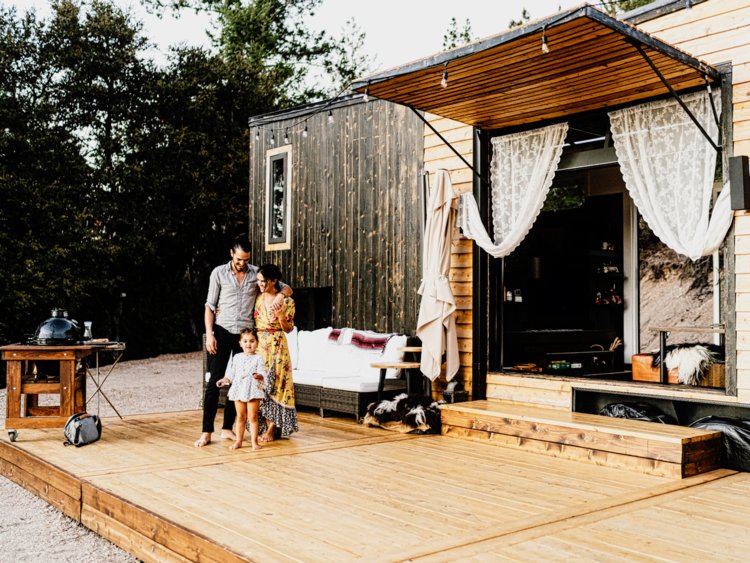 “When we took the dive into buying a tiny house, we focused on minimizing the risk that we would hate it, so we wanted to make sure the house would hold value,” they told Business Insider. “To that end, we pushed for the most expensive and thoroughly designed house that we could afford.”

But they didn’t consider the effects the weight of the house would have. “We overlooked the balance between luxury and mobility: The more luxurious the tiny house, the more it generally weighs, the harder it is to move,” they said. “So far, this hasn’t been a problem because we’ve never needed to move our house, but it has limited our ability to even think about changing positions.”

Between landscaping and the new deck they built, the couple estimates it would probably cost them between $5,000 and $10,000 to move the tiny house, so it’s typically better for them to just keep the house in its current spot.

“This hasn’t been a big deal for us, but we wonder sometimes why the house is on wheels if we’re not going to move it,” they said.

SEE ALSO:6 people on how living in a tiny house has changed their finances, from going debt-free to saving six figures

DON'T MISS:Here's what living in a tiny house is really like, according to people who traded their homes for minimalism

04/08/2019 Lifestyle Comments Off on 6 people reveal what they wish they'd known before moving into a tiny house, from how much money they'd actually save to the downsides of building a luxurious home
Lifestyle