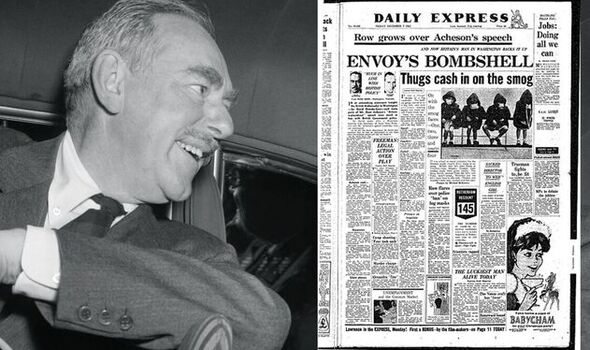 Our front page also reported a “dense choking” fog over London had caused the capital to come to a standstill with “nil visibility almost everywhere”.

Buses had to be guided into their garages while cars were abandoned or guided home by groups of boys with torches.

43 years ago (1979) Lord Nicholas Soames was announced as the transitional Governor of the former colony of Rhodesia with a mandate to implement free and democratic elections.

The following year Robert Mugabe was elected PM and the country became Zimbabwe.

21 years ago (2001) The Taliban prepared to surrender its last stronghold, at Kandahar in southern Afghanistan marking the end of the first phase of the US-led invasion following the 9/11 attacks.

Following 20 years of civil war the Taliban regained control of the country in 2021.