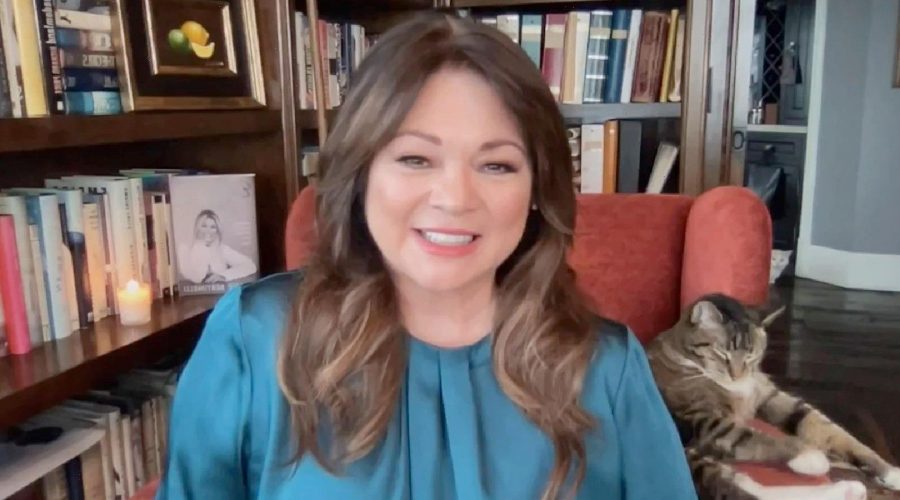 Valerie Bertinelli wasn’t about to let a group of robbers make away with any of her property. The actress managed to scare the alleged intruders away after she caught them in the act.

Posting to Instagram on Friday, Valerie revealed that she noticed the thieves on her home’s security camera. She shared footage from the incident, which showed two men seemingly scoping out her property around 1 AM.

The Food Network star said that break-ins have been comment recently in her neighbourhood. Even her next-door neighbour had their home targeted by thieves. The video showed the men dressed in black and carrying several large bags. After one approaches the camera, he quickly looks around before turning away.

In her post, Valerie explained that she believes the thieves noticed her cameras were on and got out of there after realizing.

“I think he stops because he sees my camera lit up,” she said “The other one came an hour before him.”

The actress said she contacted police after the scary discovery, who came over “pretty quickly” to make a report. Valerie also explained the additional security precautions she plans to take after the attempted break-in.

“I’m installing more motion detector lights and thinking of putting barbed wire on my front fence,” she said. “And of course, my alarm gets set every night.”

Break-ins aren’t uncommon in Hollywood, with plenty of celebrities losing thousands in personal property due to similar robberies.

This isn’t the only dramatic experience Valerie has recently been through. Last month, the former One Day at a Time star finalized her divorce from Tom Vitale.

Valerie was ordered to pay her ex-husband a lump sum of $2.2 million. However, he was denied spousal support. Tom originally requested $50,000 a month from Valerie, despite having signed a prenup prior to getting married.

Tom, a former accountant, said he let his license expire during their marriage so he could focus on building Valerie’s business. Following their split, Tom said he was having trouble finding work since he’d been out of the industry for so long, hence his request for spousal support.

“Tom’s age and decades out of the field, make it unlikely that he will be a desirable candidate for a job in the investment industry,” Tom’s attorney argued in court documents.

Valerie listed their date of legal separation as November 2021, citing irreconcilable differences, though she didn’t file for divorce until May 2022.