Nothing can turn a beautiful day like a wedding into a complete horror show quite like a bridezilla.

Boston Globe writer Diane White first used the term “bridezilla” in 1995 in an article about tacky brides who make ridiculous requests of their wedding party. The term caught fire in 2004 when We TV debuted “Bridezillas,” a snarkily narrated reality show showcasing the antics and demands of unhinged brides across the U.S.

Now, every few months or so, a news story about a bride with unreal expectations for her wedding seems to go viral. (And yes, there are definitely groomzillas, too, but of course, those stories aren’t often highlighted. Come out of the woodwork, guys.)

There was the woman who was dubbed “Britain’s biggest Bridezilla” for having five destination weddings and expecting her guests to tag along for each, travel costs be damned.

Next came the bride who asked her guests to pay a $1,500 entrance fee to attend her big day. (When they refused, she canceled the wedding and called off the marriage.)

Then recently, there was the bride who reportedly asked her bestie to buy 100 goldfish to use as table centerpieces at the reception. (Naturally, she tasked the same friend with replacing any “floaters” who passed away during the course of the evening.)

As far out and ridiculous as these stories sound, bridezillas do exist. Our readers who’ve served in bridal parties can attest to that. We recently asked them to share their worst encounters with badly behaved brides. Below, horror stories from their time as bridesmaids:

“I was nursing my newborn baby at the time and asked if I could have the bridesmaids’ dress I bought in my own possession instead of at her house six hours away. I needed to take the dress to an alteration shop so I could make a hidden snap in this horrid turtleneck of a dress so that I could nurse my baby easily at the wedding. I was planning on being covered up. The bride said absolutely not: I could not alter the dress to accommodate my baby every few hours. I said nope, I can’t be a bridesmaid then if those are the conditions. So come the wedding day, I showed up as a guest in a sexy, low-cut dress, slapped my boob on the dinner table and nursed away.” ― Erin

“My close friend asked me to be her maid of honor right after her fiancé proposed. We started planning the wedding, which was over a year away. First, she couldn’t afford the venue, so I paid for it as a gift. She kept flip-flopping on her colors and themes and then picked something that would have been simple but nice. Then, she couldn’t afford the bridesmaids’ dresses. OK, they’re cheap enough, so I bought mine and the junior bridesmaids. She couldn’t afford the flowers, so her mom paid for them. Her dad bought the wedding dress. She picked everything out. We paid for it. Then the bride changes her mind. On everything. The colors and the flowers? She hated them. The theme? She went from simple classic to now everyone will be wearing cosplay-style clothing. Her dress? She sold it so she could buy a “Lord of the Rings”-style elven dress. Her fiancé? She’s putting him in a suit of armor.” ― Aisha

Orange Soup Or Else

“Several years ago, I was maid of honor in my then-best friend’s wedding. She DIY’d a lot of it, and I went out a week before the wedding to help with the finishing touches. Everything went well until the day before the wedding, when her grandmother called to say she and grandpa were snowed in ― it was January and they lived in the Midwest. No way they were getting to the U.S. Northeast in two days. Bride lost it. Screaming, crying, full-on hysterics ― the works.

This was the day the bride, her mom and I were supposed to be finishing the food for the reception. The bride wanted to serve cold orange soup, which is delicious but requires a lot of preparation. The three of us had been planning to tackle it together, but now the bride’s mom had taken her to a back room to calm down, and there were still 400 oranges and 200 lemons to zest, peel, cut and cook.

“A friend of mine was a bridesmaid in a wedding where the ceremony took place on top of a mountain. Sounds fairly normal, except it was in upstate New York, in JANUARY. So the bridesmaids (and the guests) had to ride the ski lift up a mountain in their formalwear in 20-degree weather. They were not allowed to wear coats for the multiple photos they took outside. Fortunately, the bride did show some benevolence and let them wear snow boots and winter coats for the ceremony but the coats all had to be black and couldn’t have fur on the hood. The bride also gave the bridesmaids muffs, which I’m sure made a huge difference and have been used plenty of times since (meant to be read sarcastically). ― Jen

No Boob Job For You

“This is an ongoing story. My boob enhancement surgery is scheduled by the end of this month. I’ve dreamed of it for a long time and I finally got a chance and money to do it.

Apparently, my best friend isn’t very happy about it. Her wedding is in early September and I am a maid of honor. So far everything has been going good, but then she asked me whether I would consider doing the surgery after her wedding. I was surprised because she knows it’s perfect timing for me and there are many reasons behind it. I was curious why she asked that. She said she wants to be the hottest one in her wedding party and I may overshadow her with my new boobs. I said if it bothers her so much, I will wear something that’s not revealing. Now she’s been acting cold toward me since I told her I couldn’t change the date.” ― Maria

“If you’re a bride, be considerate of your bridesmaids’ time and personal life. Consider that fact that an entire lady gang doesn’t need to accompany you and the groom to pick out his wedding-day outfit. Yes, this really happened to me! A bridesmaid should help when asked by the bride, but remember that just because you’re getting married, that doesn’t mean the world stops to cater to you and maybe frequently calling your maid of honor while she’s at work isn’t appropriate. We still have to maintain our job(s) and lives to be able to fully participate in the events leading up to your big day.” ― M.P.

“My sister-in-law asked me to be a bridesmaid. She asked each bridesmaid what size dress to order. Since I had just had a baby three weeks prior, I was nervous to answer because I was still losing weight. So I measured myself and according to that I was a 6, and I told her to order a 6 and I can always alter it if I need to if I lose weight. I also gave her the option to let me order it closer to the wedding date. She said, ’Oh honey, I am a size 6. That’s sweet you think you are still a 6, but you’re not, my dear. I’ll order you a 10.′ After having my self-esteem crushed I bailed on being a bridesmaid and showed up to her wedding in my size 2 dress. Don’t call your bridesmaid fat and just let her order her own dress.” ― Erin

Responses have been edited for style and clarity. 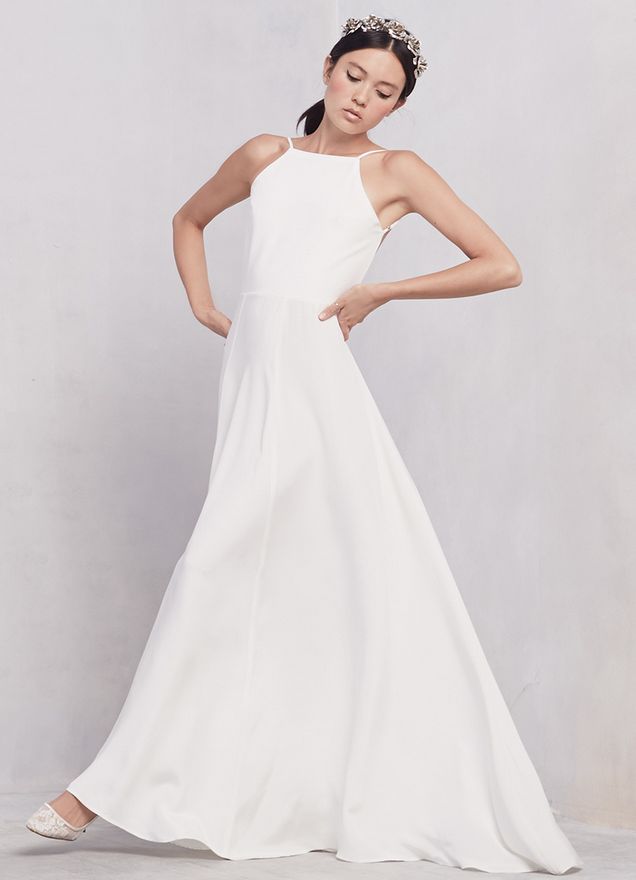 11/05/2019 Lifestyle Comments Off on 7 Outrageous Requests From Brides, According To Bridesmaids
Lifestyle