Beijing: Foreign Minister Penny Wong has touched down in Beijing for a high-stakes meeting with her Chinese counterpart, the first visit to China by an Australian minister in three years.

Wong will use the lengthy meeting to urge Beijing to lift trade sanctions on Australian goods worth $20 billion and raise the case of two Australians detained in China, journalist Cheng Lei and writer Yang Hengjun. 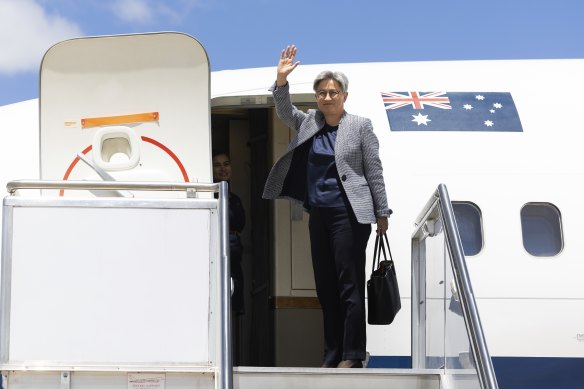 Minister for Foreign Affairs Penny Wong as she boards the plane for her visit to China.Credit:Alex Ellinghausen

The Albanese government sees the meeting – held on the 50th anniversary of China-Australia diplomatic relations – as a crucial opportunity to rebuild goodwill with Beijing and stabilise Australia’s relationship with its biggest trading partner.

Asked what would make the Beijing meeting a success, Wong said: “I think the mark of success is dialogue itself.

“We obviously have a lot of issues to work through and dialogue is a prerequisite for working them through.” 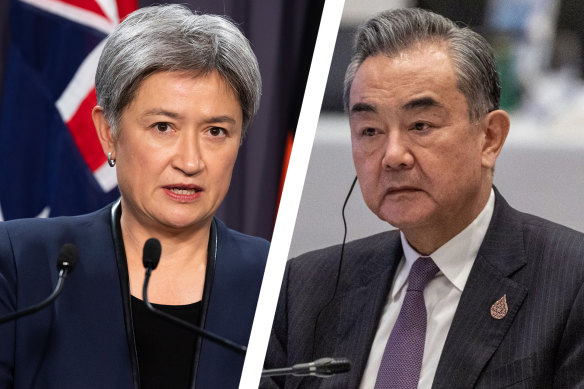 Wong is the first foreign minister to travel to China since Marise Payne in 2018 after years of increasing hostility over human rights, national security, trade strikes and COVID-l9 led Beijing to shut off all high level contact between the nations.

Wong was greeted on the tarmac at Beijing on a freezing -4c night on Tuesday by Australia’s Ambassador to China Graham Fletcher and a representative of China’s Ministry of Foreign Affairs.

Wong said it was “very good” to be in China “after quite a long time between visits”.

“I acknowledge and thank the government of the People’s Republic of China for the invitation to be here so that we can spend the 50th anniversary of diplomatic relations between our two countries,” she said.

Following their meeting, Wong and Wang will take part in a ceremony and dinner to mark the anniversary.

Wong said she would not preempt outcomes from the meeting, but confirmed she would raise issues related to consular cases, human rights and trade concerns.

Commenting on Chinese tariffs on Australian goods such as barley, beef and wine, Wong said Australia believed it was “in the interest of both countries for the trade impediments to be removed”.

The Sydney Morning Herald and The Age reported on Tuesday that Australian lobster farmers and winemakers are already attracting renewed interest from Chinese importers and distributors, a promising sign the sanctions could soon be lifted.

Ms Wong said she would continue to “advocate for the Australians detained as always” when asked about Yang and Cheng, who have been detained in China since 2019 and 2020 respectively.

Asked about human rights, Ms Wong said Australia “always raises the issue of human rights at all levels as appropriate”.

Simon Birmingham, then serving as trade and investment minister, was the last Australian minister to visit China in November 2019.

20/12/2022 Lifestyle Comments Off on ‘A long time between visits’: Penny Wong arrives in Beijing for high-stakes meeting
Lifestyle