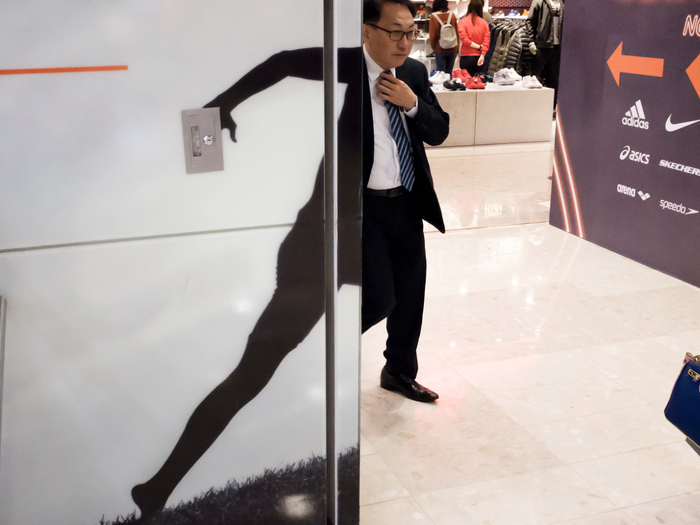 At any given moment, there exist fleeting instants of oneness where by some cosmic power, or perhaps plain luck, two things merge together. For a few milliseconds, it's impossible to tell where one subject ends and the other begins.

These scenes are all around us, but many of us don't know how or where to look for them. Which is why street photographer Edas Wong captures and shares them with the rest of us.

Wong always manages to be in the right place at the right time, and he has developed a distinct eye for sensing when the ordinary is about to briefly turn miraculous, whether it's a commuter unknowingly mimicking the ad right behind her or an elephant seemingly blowing a cloud out of its trunk.

Wong spoke to Insider about how he manages to capture such perfectly timed images. 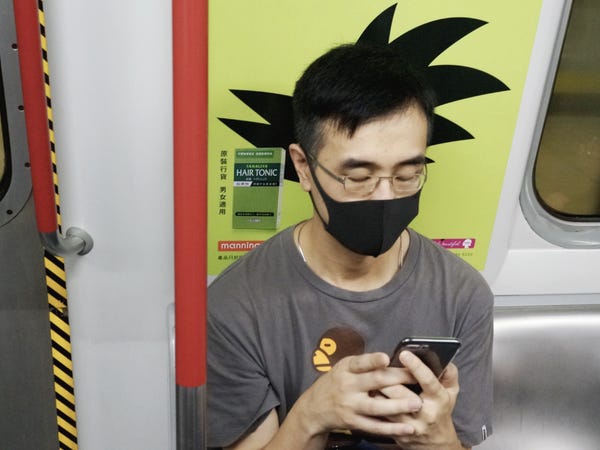 "Street photography actually saves me," Wong told Insider via email." "[When I take pictures] I empty my mind, observe all 'connections' between objects, and concentrate on everything around me on the street."

Observing things in this way helps him appreciate the present, he said.

Wong told Insider he picked up street photography as a hobby in 1995 and learned everything he knows from the internet. 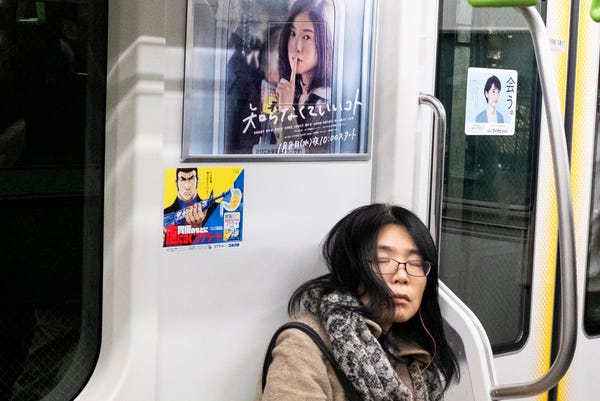 After moving to Sweden in 2005, he stopped taking pictures due to his heavy workload. He began shooting again in 2012 and started to take his hobby more seriously.

Wong, now 52, is a solution manager for the mobile vendor Ericsson, and enjoys snapping photos on the weekends. In addition to providing him with a respite from the stresses of day-to-day life, he loves the health benefits of walking all day to find the perfect shot.

Before moving back to Hong Kong, he snapped this picture in Sweden, and it "was the first photo which made me believe I had really understood what is street photography." 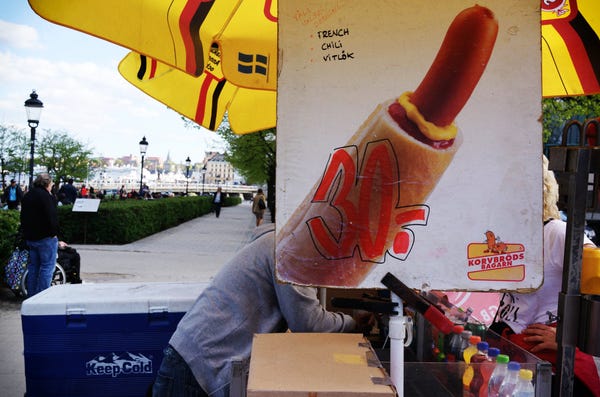 Ever since, he's been honing his craft and has developed an eagle eye for merging subjects together.

Wong accomplishes his distinct style by using layering, lighting, juxtaposition, and merging the foreground and background. 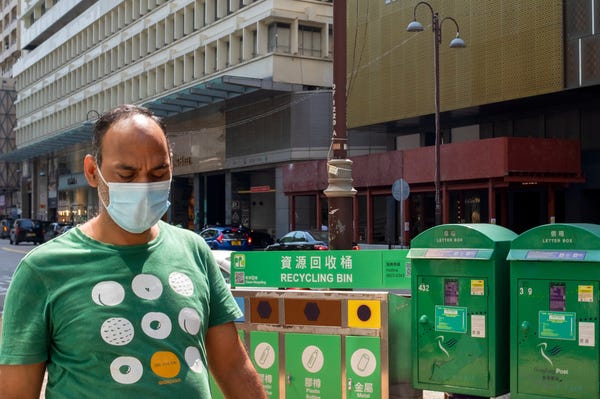 But it's not just Wong's mastery of these techniques that allow him to capture such perfectly timed images.

He also said that emptying his head of what he calls "mind interference" and focusing 100% of his energy on a subject helps him capture such good shots.

"When the mind is empty, creativity is then infinite," he said. 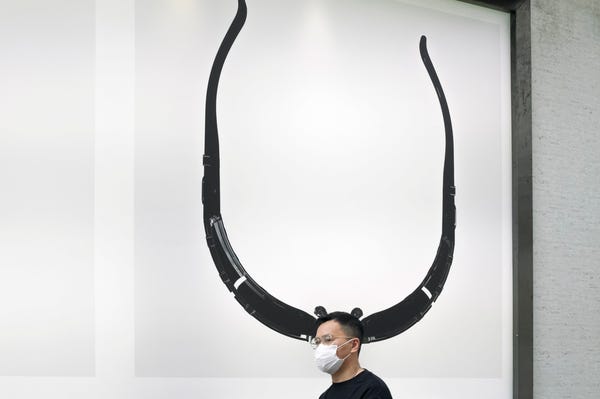 "When I walk on street without mind interference and see billboards or some interesting objects, if [an] idea comes up, I wait there for the moment to happen," Wong told Insider. "Sometimes, ideas and interesting situations come up suddenly and if you are highly concentrated, you can shoot or record that interesting moment in a millisecond."

… like this one, which Wong had to take instantly. 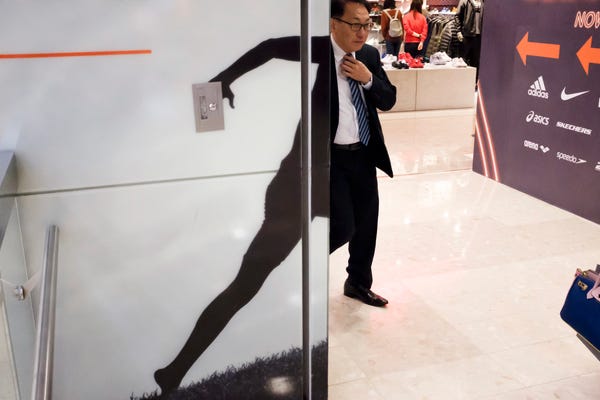 Others are the result of meticulously planned photo shoots. 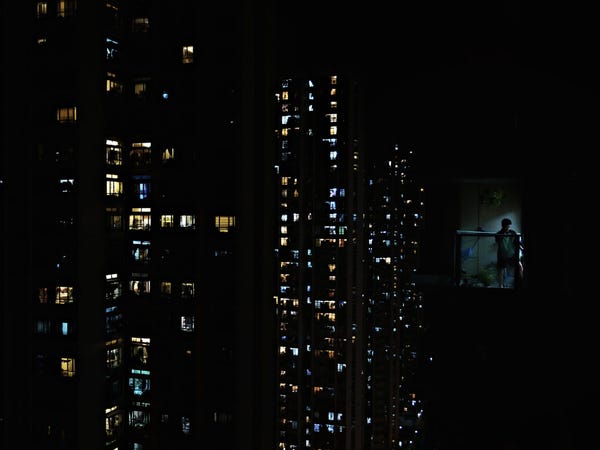 Wong told Insider it took him months of sitting on his terrace each night to capture this photo, which he named "Starry Night."

Wong said this was one of the most difficult photos he's ever taken. It's a perfect example of the photographer's tenacity to see an idea through. 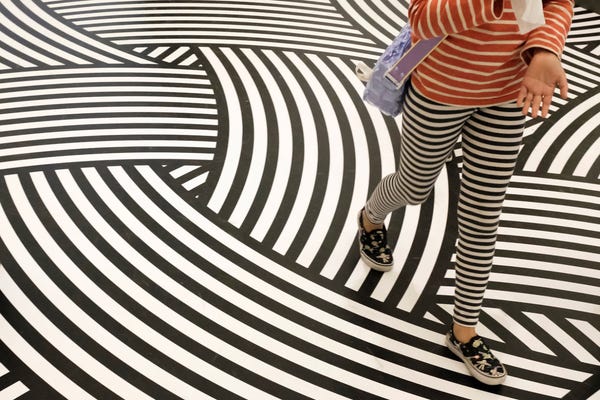 "In a shopping mall, I observed a woman who wore a T-shirt with a similar curved pattern like that floor," he said. "She walked very fast to rush into a restaurant. I decided to wait until she finished her lunch. After almost an hour, she came out but suddenly disappeared [into the] crowd. [I was] super disappointed! At the same time, while I turned my body back, I observed a kid was quickly jumping across toward my location. She wore exactly same curved pattern as the floor. I then took this photo in milliseconds."

Though it may seem like he gets every single shot, Wong says "99.99%" of the photos he takes don't work out. 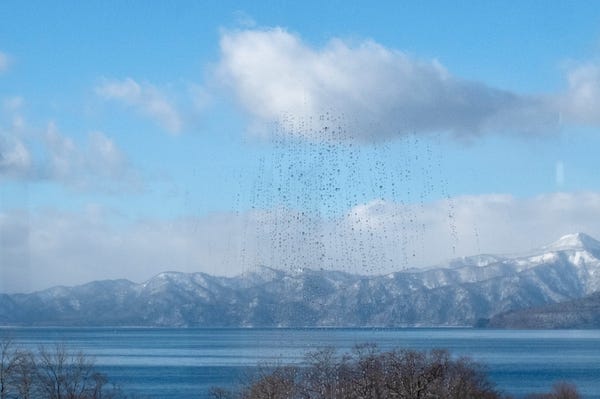 "Street photography is the 'Art of Failure.' … We have to accept failure," he said.

In addition to developing his photographic skills, he's also become a master observer. 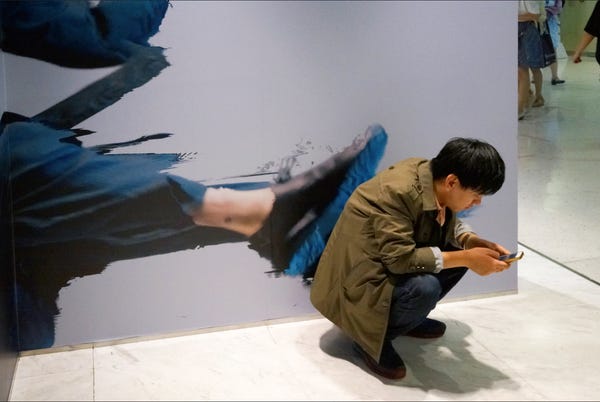 He said people don't normally notice he's taking their pictures. If they do, they may shoot him a glare, but he hasn't had any awkward or uncomfortable encounters with subjects.

Because of the coronavirus pandemic he's been taking fewer pictures. But Wong hopes his pictures have spread some joy during what has been an especially tough year. 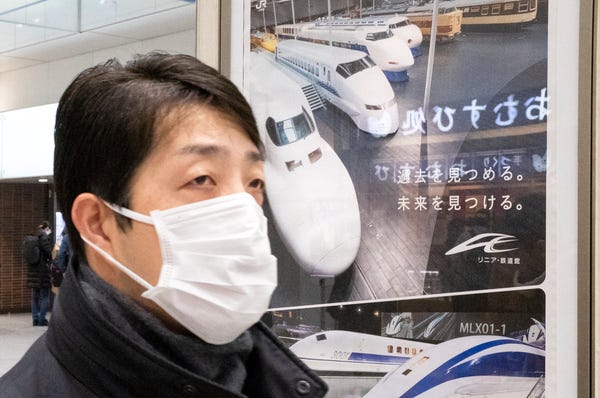 "I hope people laugh after seeing my photos in this gloomy time," he said.

"We need positive energy," he added.

He added that because of the Hong Kong extradition bill protests, he has felt less inspired to go out and shoot photographs. 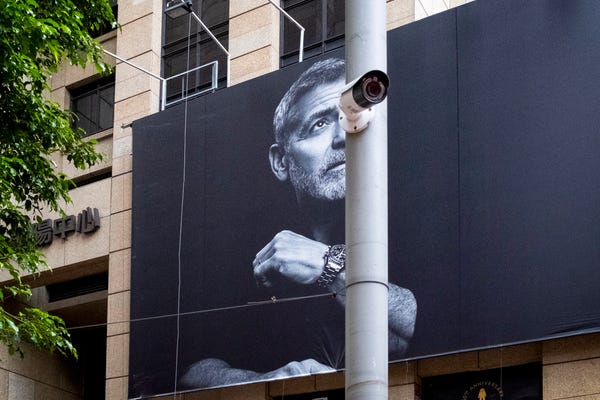 "I am [a] street photographer, not a journalist. Therefore, I didn't shoot any photos from [the] protests … In the past year, I actually shot less because my brain was fully occupied by Hong Kong's situations," he said.

Since investing more time in his hobby, Wong has developed a devoted Instagram following and earned a few photography awards. 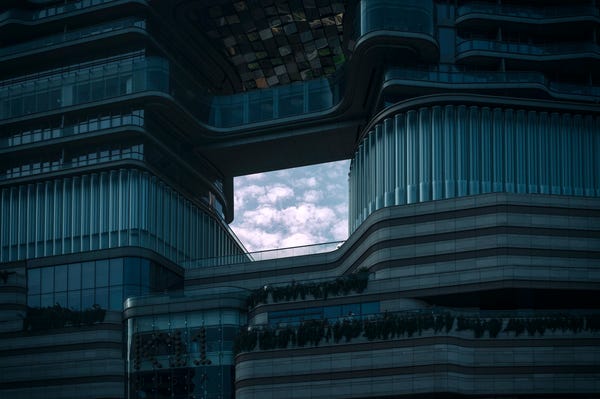 Wong currently has 22,000 followers on Instagram, where he posts pictures daily. His photographs have appeared in exhibitions in cities like Los Angeles, Paris, and San Francisco.

But he said his success hasn't convinced him to make his hobby a full-time career. 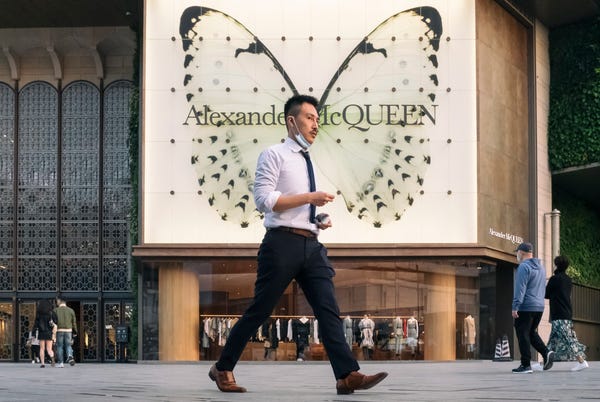 In fact, Wong said he finds more enjoyment from the act of walking around and taking pictures than any award has ever given him.

"It of course [makes me] happy to win awards," Wong told Insider. "However, I think the happiness from the process of being a street photography is even larger. I remembered I had teared up because of suddenly having a great idea. However, so far, I haven't teared up due to an award."

For people looking to try their hand at street photography, Wong has some advice to help get the most out of your surroundings. 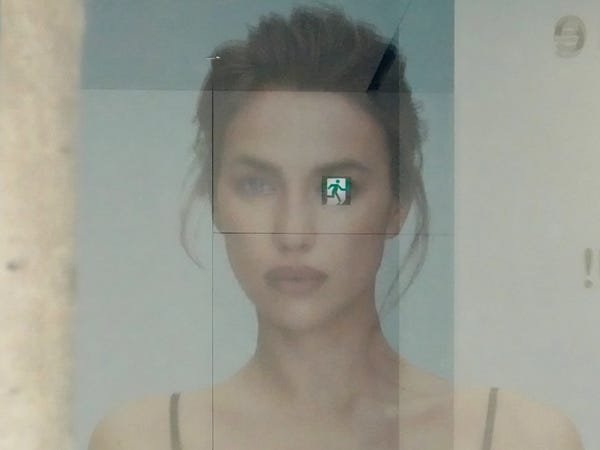 "Photography is a language of expression," Wong said. "Find your 'being' and then express them via photography. On the street, just concentrate, observe, and shoot. Street photography is not [the] same as landscape photography, there is no standard way of composition."

Above all else, you have to have a good imagination for street photography, he said. 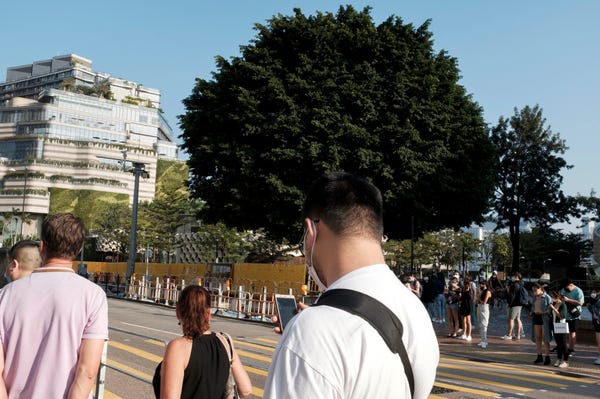 Wong said this is one of his favorite photos because it "shows imagination is king."

If you slow down, clear your mind, and start to imaginatively observe your surroundings, maybe you'll start to see the world through Wong's lens.

11/12/2020 Lifestyle Comments Off on A street photographer captures perfectly timed images, and the results will make you look twice
Lifestyle