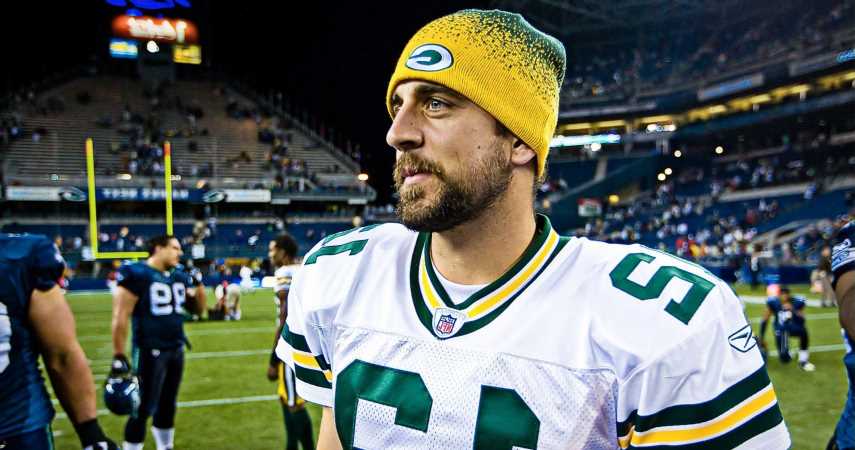 State Farm commercials featuring Green Bay Packers quarterback Aaron Rodgers have been airing all over television since 2012. Though fans noticed that, after a recent controversy regarding his vaccination status, they’ve been seeing less and less of his insurance ads popping up.

The insurance company openly expressed support for Rodgers’ choice in being unvaccinated through a statement. But reports have shown that they’ve reduced the airing of his endorsement ads by a substantial margin. While the company did show their support, there’s still a possibility that the quarterback’s $3 million deal with the company may be in jeopardy.

Rodgers faced an onslaught of backlash when he proclaimed his refusal to get a COVID vaccine. He made news headlines across the nation when he ultimately tested positive for the virus and couldn’t participate in the Packer’s game against the Chiefs on Sunday. When he was questioned by reporters regarding his vaccination status back in August, the football star went on record to state that he was ‘immunized’. What he left out was the fact that he has yet to receive an actual Pfizer or Moderna vaccination.

The scandal began when he appeared on Sirius XM’s The Pat McAfee on Friday. There, he restated that he’d opted out of getting a vaccine due to an allergy he had with one of the shot’s ingredients. He goes on to say that he’s a strong believer in bodily autonomy.

Statements from this interview led State Farm to take action, publishing their own statement. While a spokesperson from the company did express outward support for the Packer’s decision, they made sure to distance State Farm from any of his beliefs.

“We don’t support some of the statements that he has made, but we respect his right to have his own personal point of view,” the spokesperson elaborates, “Our mission at State Farm is to support safer, stronger communities. To that end, we encourage vaccinations, but respect everyone’s right to make a choice based on their personal circumstance.”

Though, following the statement, fans noticed that State Farm commercials that featured the player had substantially decreased. While 25% of the insurance company’s ads normally showcase Rodgers, he appeared in only 1.5% of the commercials the following Sunday. Losing his partnership with State Farm could spell trouble for the quarterback as he receives $2 million to $3 million through his deal.

Along with the backlash he received from experts and entertainment personalities alike, Rodgers subsequently lost his partnership with Prevea Health.