The ABC has finalised its investigation into Q&A and indicated last month's controversial feminist episode won't be returning to digital platforms.

A summary of the ABC's editorial review, published on Wednesday, said management took appropriate steps in acknowledging the confronting aspects of the program and pulling it from ABC iView and Q&A's website. An ABC spokesman said "sufficient action" had been taken. 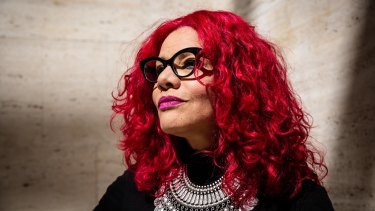 The November 4 episode was broadcast in conjunction with The Wheeler Centre's feminist ideas festival, Broadside. While the program was pulled from digital platforms a transcript of the episode was still available.

The ABC's internal review said Q&A viewers complained about coarse language, "radical views" and a perceived lack of impartiality due to the panel and the way it was moderated. The public broadcaster received 235 complaints in relation to the episode.

"ABC management's decision to remove the episode from iView and cancel planned repeat broadcasts was sufficient action to resolve those complaints," an ABC spokesman said. "This matter is now closed."

Author Mona Eltahawy, who was a guest on the November 4 episode, described the ABC's determination as "unbelievable". She continues to argue that the public broadcaster shouldn't have pulled the episode in the first place.

"The ABC has signalled it is privileging the fragile sensibilities of white men over the wellbeing and safety of women," she said. "It is a reminder that imaginary violence against men upsets and disturbs more than actual violence against women."

During the episode, Ms Eltahawy asked: "How long must we wait for men and boys to stop murdering us, to stop beating us and to stop raping us? How many rapists must we kill?" The author and columnist has maintained that her question was a hypothetical one.

"Since I asked that question on Q&A in Melbourne, I've asked it at speaking engagements in Sydney, New York City, Boston, Chicago and just these last few days at Abantu Book Festival in Soweto, South Africa," she said. "And everywhere I ask it and everywhere I explain that the ABC pulled the episode and is investigating it, people have laughed at how fragile Australian men are."

The ABC has signalled it is privileging the fragile sensibilities of white men over the wellbeing and safety of women.

Fill-in host Fran Kelly also cautioned Ms Eltahawy several times over the use of expletives during the November broadcast. Later on in the episode, Indigenous writer Nayuka Gorrie spoke about the oppression of Aboriginal and Torres Strait Islander people, saying: "I think violence … is OK because if someone is trying to kill you, there's no amount of, 'Oh, but I'm really clever.' You know, 'I'm really articulate.' No amount of that is going to save you. So, yeah, let's burn stuff."

The comments ignited a media firestorm, with some accusing the public broadcaster of encouraging violence over due process. Even outgoing Q&A host Tony Jones has since weighed-in on whether the ABC should have pulled the episode from digital platforms, arguing "censorship is never a good look".