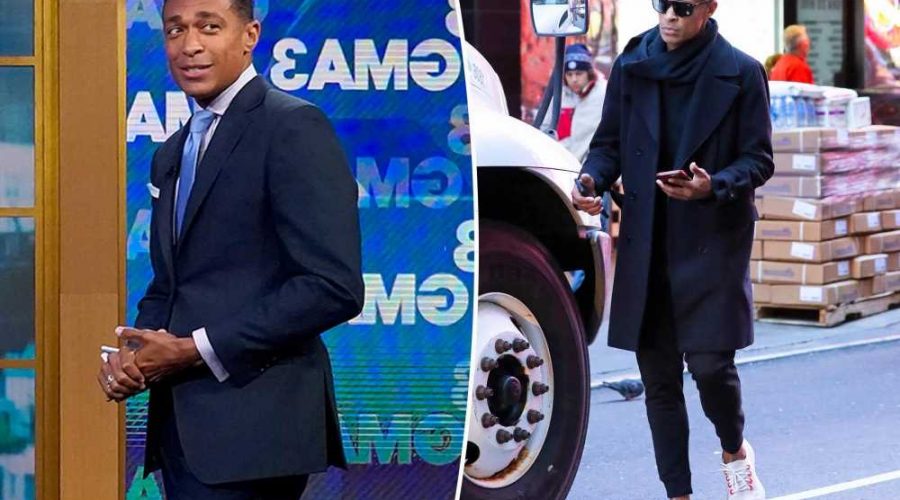 Don Lemon has ‘nothing but love’ for T.J. Holmes amid alleged Amy Robach affair

T.J. Holmes’ affairs with Amy Robach and other colleagues has put him under the microscope at ABC, Page Six is told.

Sources say that after the press revealed his relationships with co-anchor Robach, producer Natasha Singh and at least one other staffer, the network’s human resources department is now combing through his past to find out if he dated anyone else below him on the totem pole.

“It’s one thing for him to have a relationship with another anchor,” said an insider, “The question is whether he violated company rules by dating less senior employees.”

Meanwhile, a network insider said that ABC’s news chief Kim Godwin seemed to hint at a no-stone-unturned approach to the scandal on Monday, saying in the daily 9a.m. news call that, “For now, I am going to take Amy and T.J. off the air, while we figure this out.” 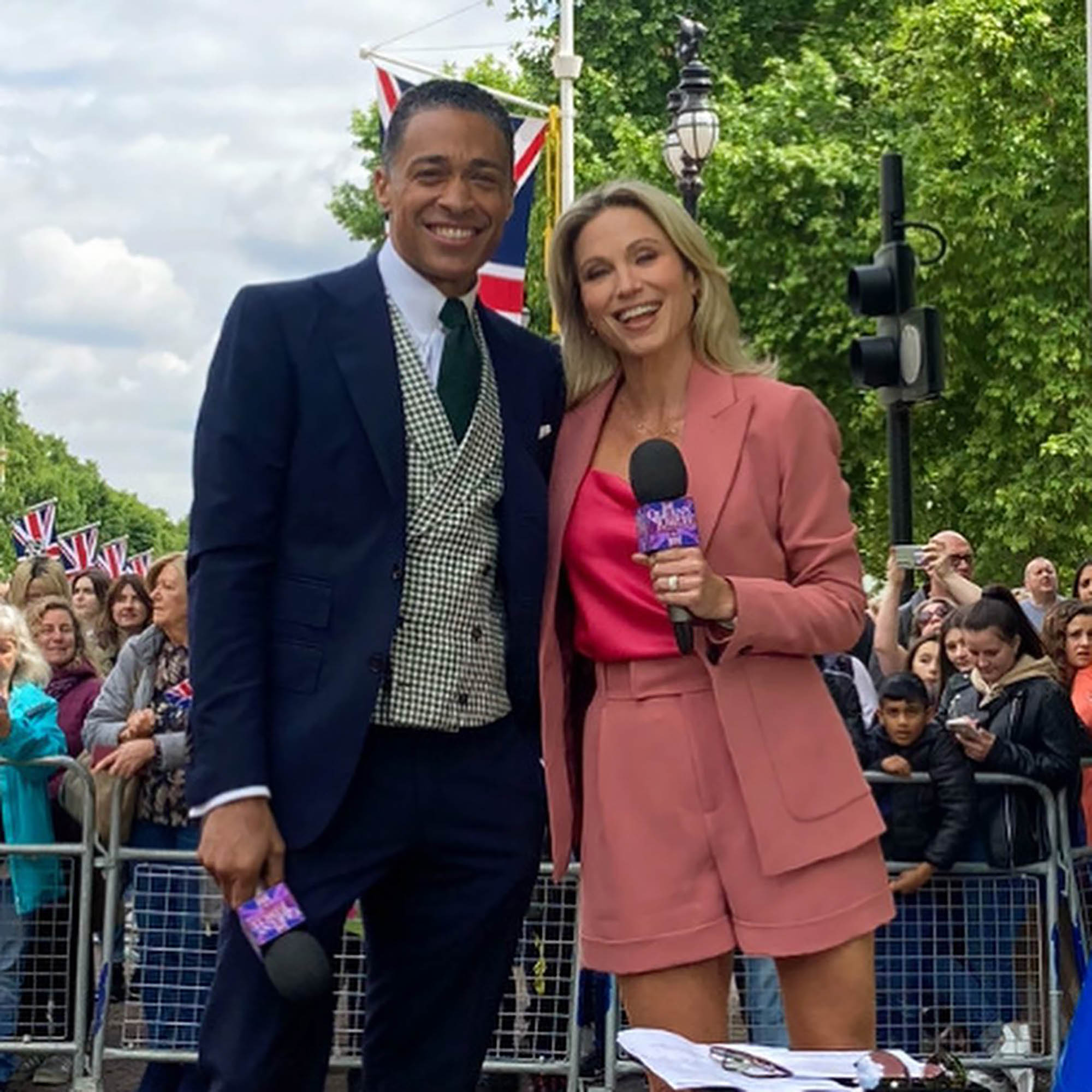 Until now, ABC has been largely unscathed by scandals about big shot anchors luring behind-the-scenes staff. Both rival networks, NBC and CBS, were shellacked during the #MeToo era when titans such as “Today” host Matt Lauer and “CBS This Morning” host Charlie Rose were booted for inappropriate behavior with junior staffers.

But this is the first time ABC has suffered a similar crisis. 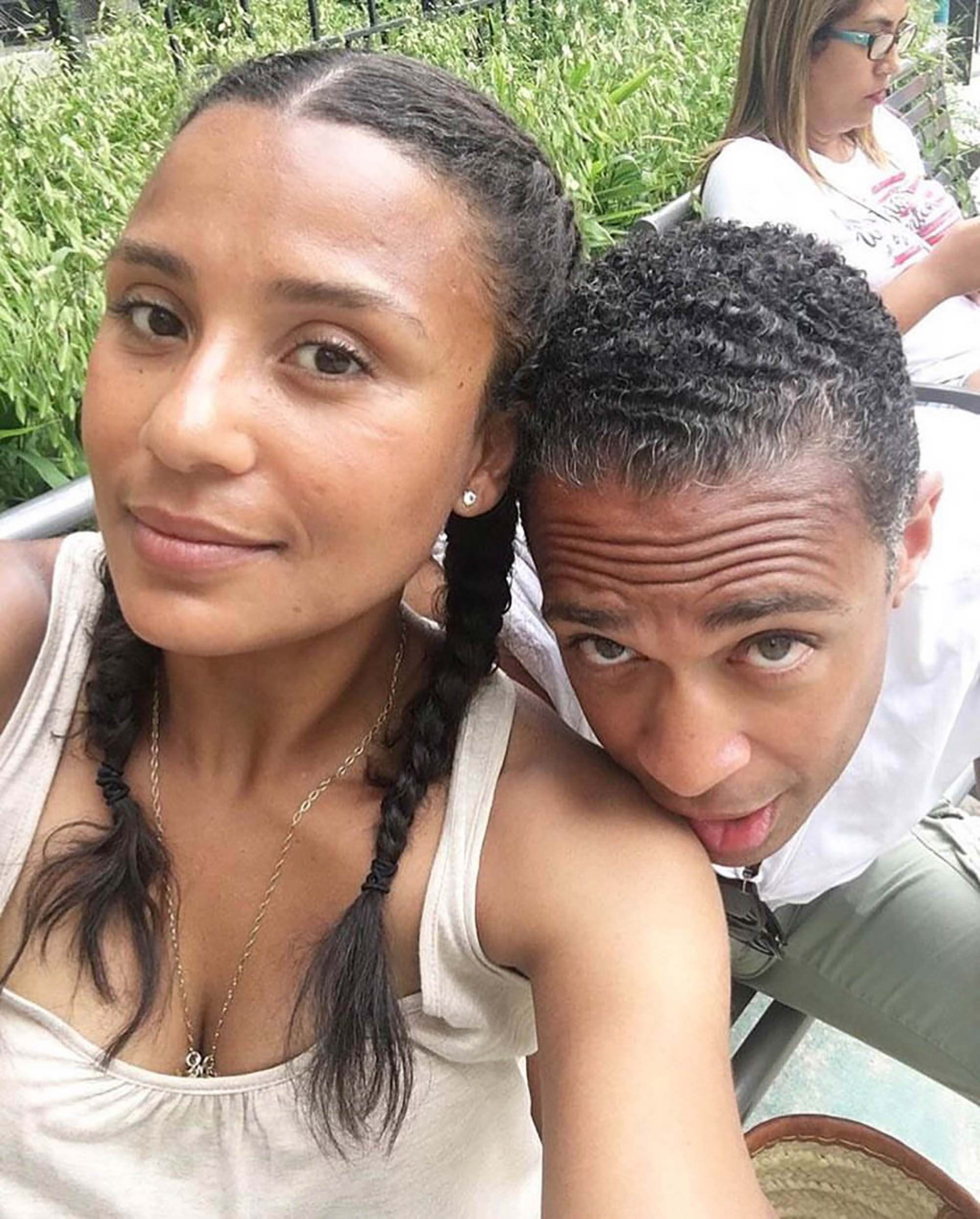 Last week the Daily Mail revealed that Holmes and veteran anchor Robach had a relationship that included romantic country getaways and flirty after work drinks.

Robach and Holmes both split with their spouses in August. The pair, who co-anchor “GMA 3,” together were taken off the air Monday. 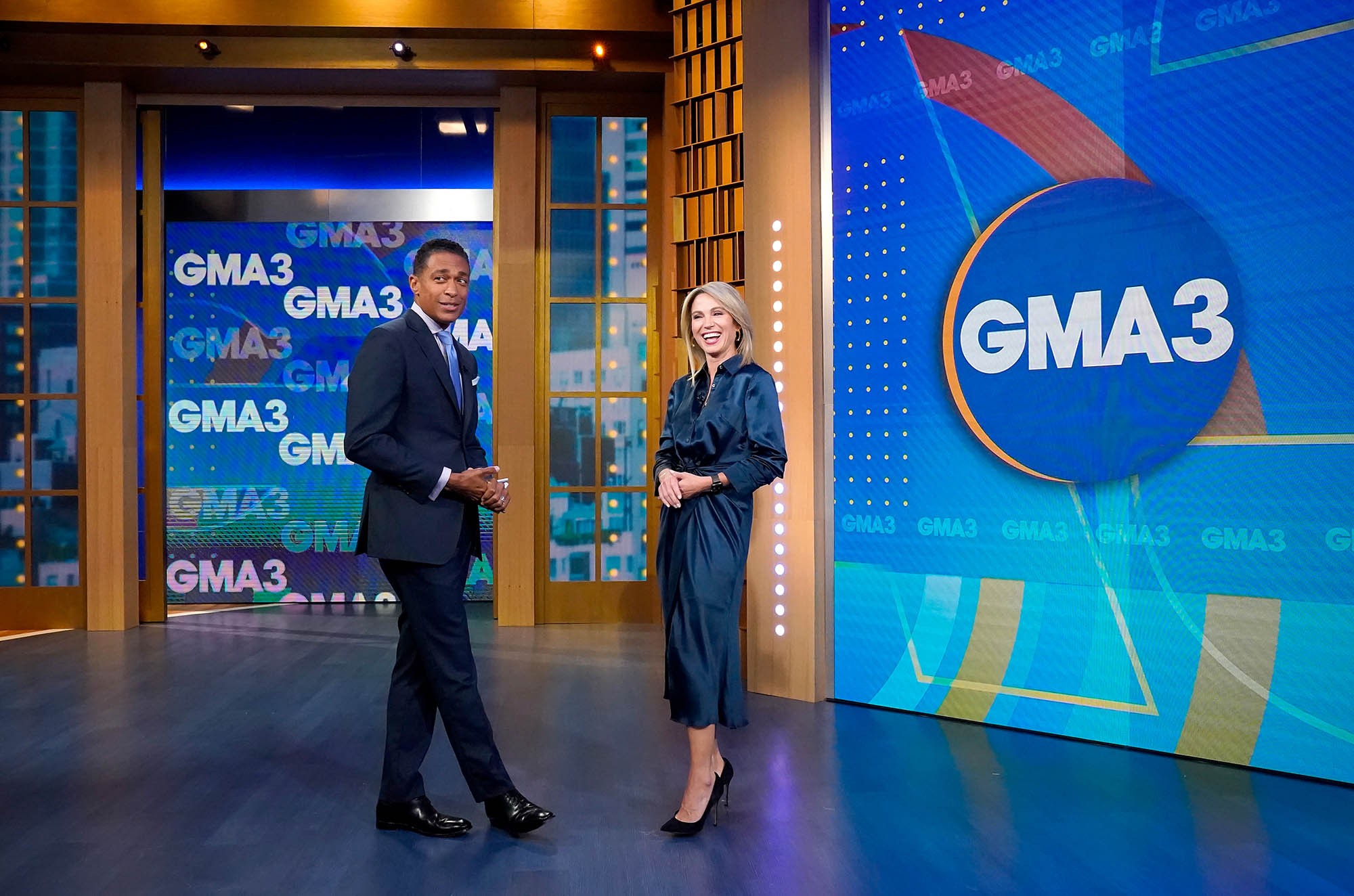 Page Six revealed that he’d also had an affair with Singh, and sources told us that he’s had at least one other work fling. 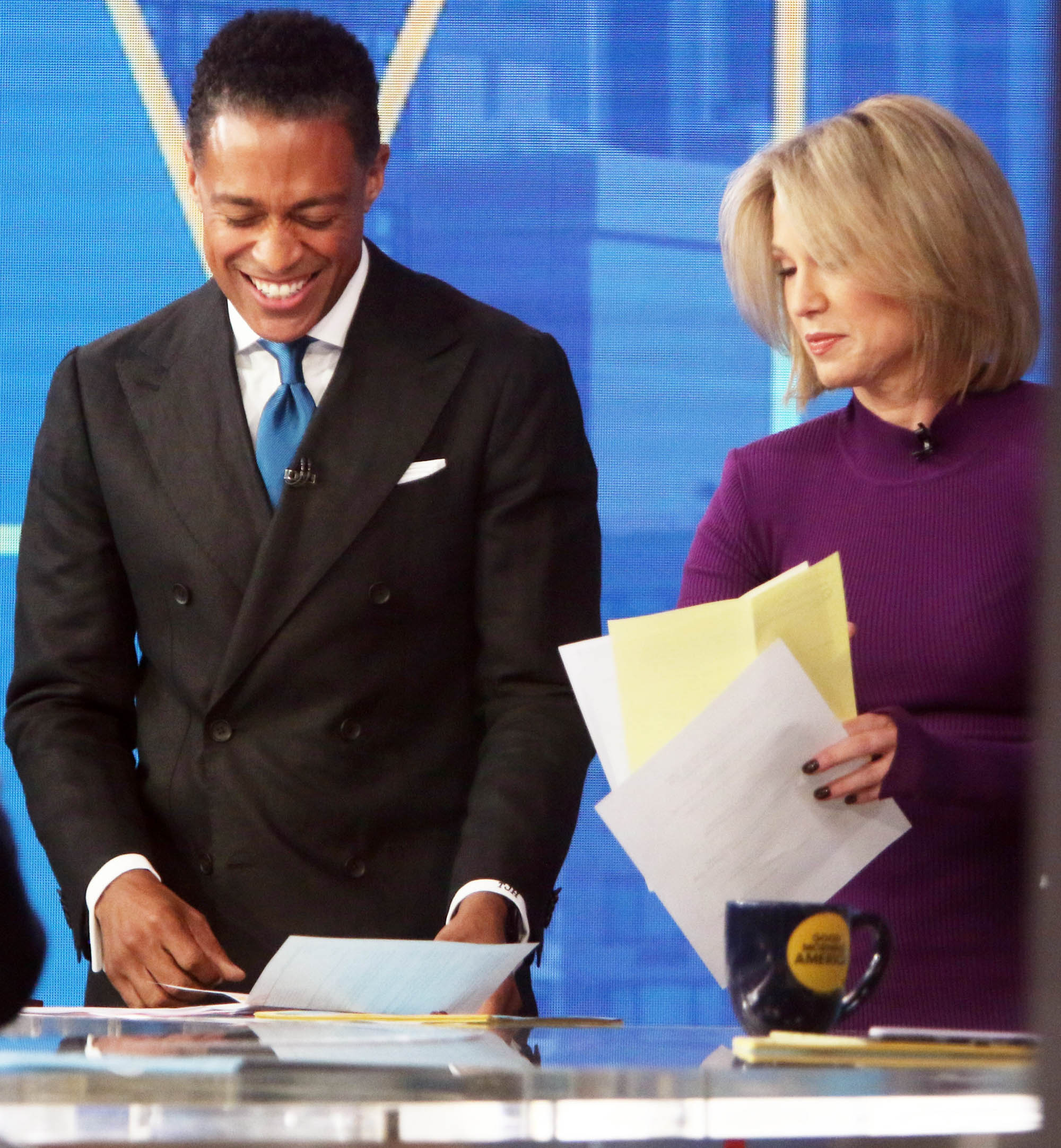 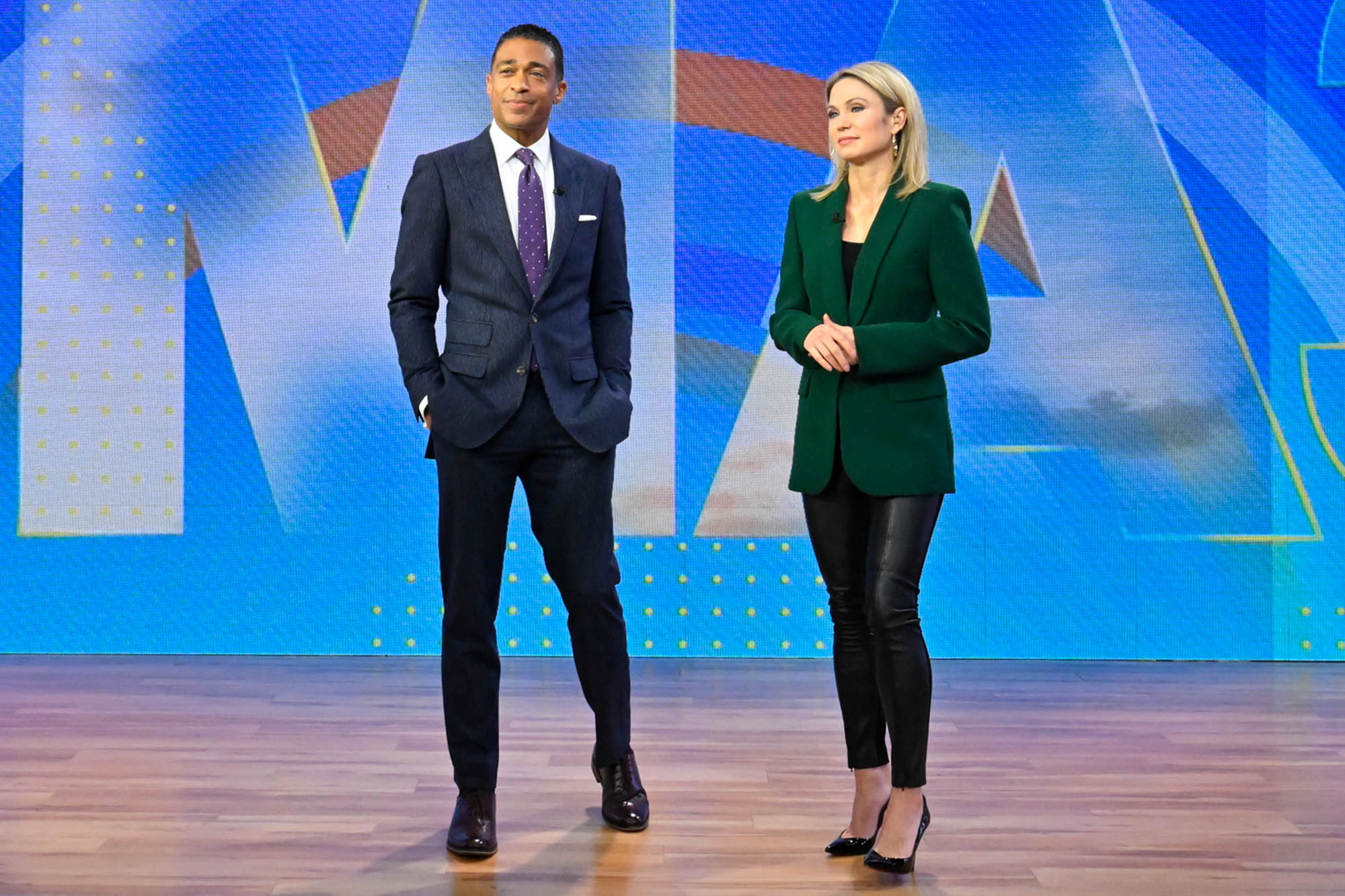 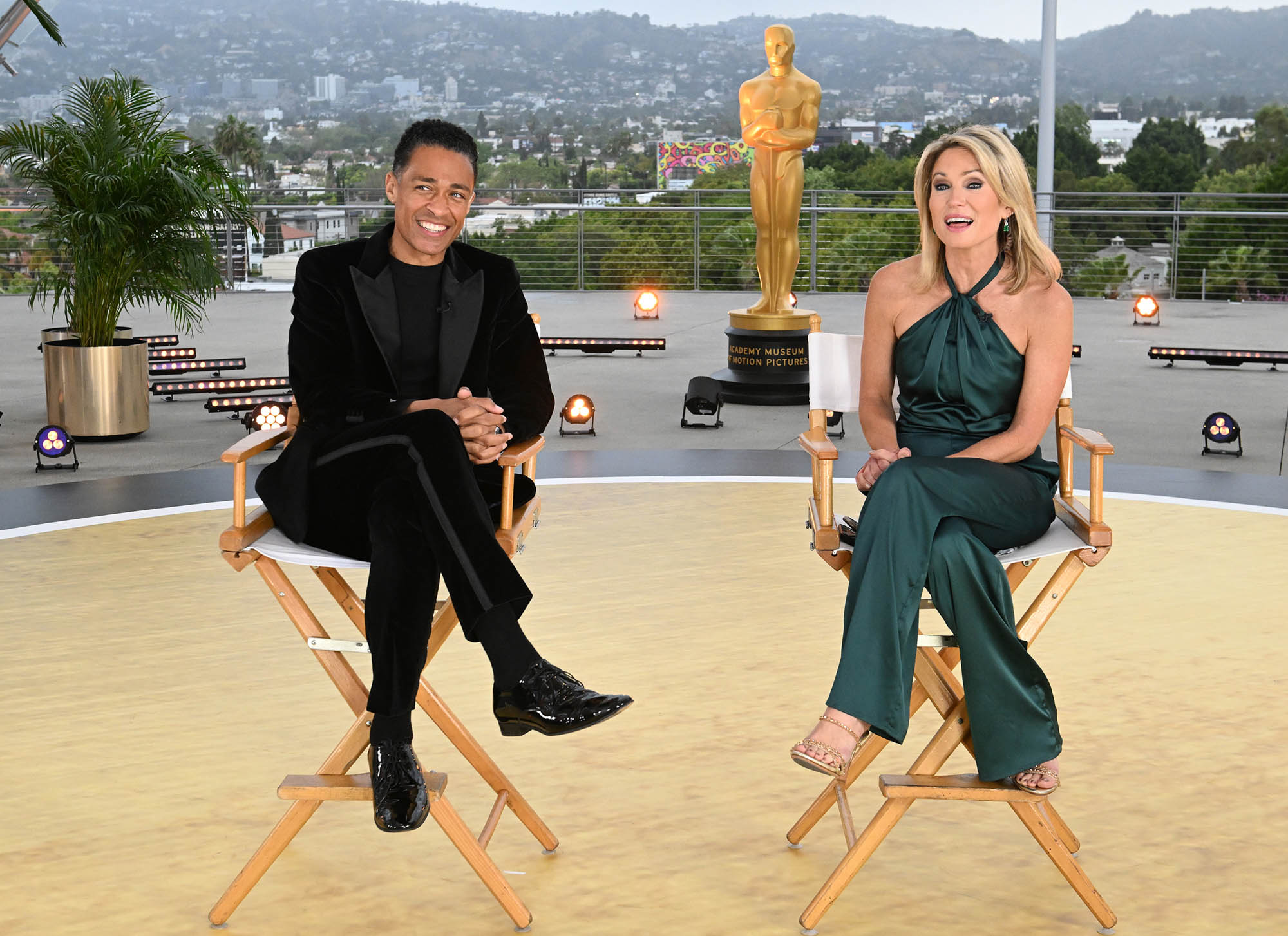