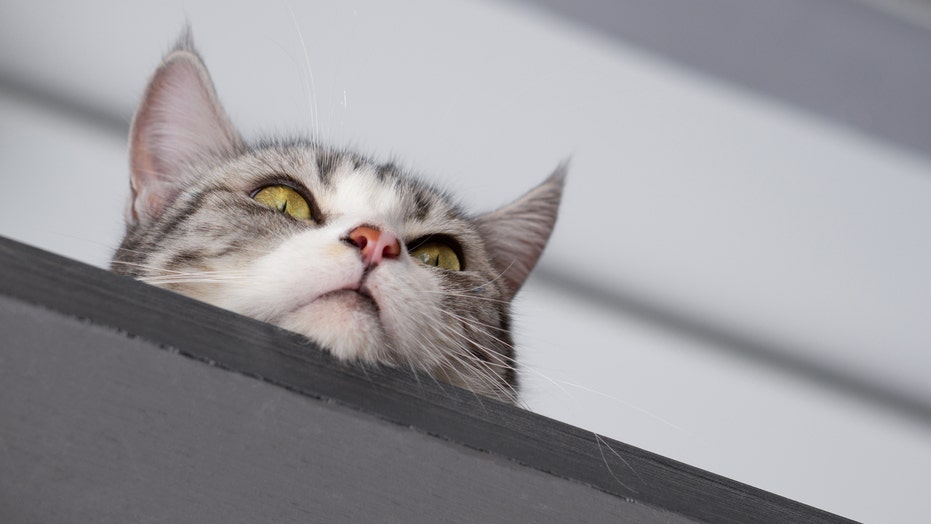 The pet cat of a member of UK’s parliament took over the show when he appeared during a live virtual committee meeting.

Looking back on it now, Jim should’ve been so fired.

An accounting worker claims to have caused chaos in his department after pulling a prank “à la Jim from ‘The Office,’” which ultimately forced his bosses to shut down the entire workplace for hours.

The employee, who shared the story anonymously on Reddit, claims he “thought it would be funny to put a Bluetooth speaker in the ceiling and play sounds of cats over it.” 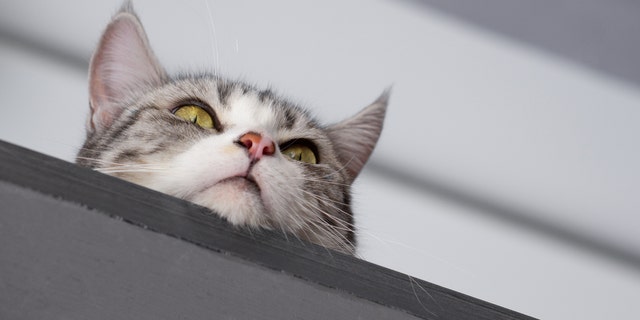 Well, at least no cats were actually in any danger.
(iStock)

“I found an eight-hour video of cats meowing on YouTube that was perfect,” explained the Redditor, who then allegedly paired the speaker to an old phone before hiding both devices — the phone in an empty desk and the speaker underneath a ceiling panel.

“It was perfect,” the prankster recalls. “You could only hear the cats if you listened real close. It sounded like there was a cat in the ceiling, but you really couldn't tell exactly where it was coming from.”

The prank, however, worked a little too well. After sitting down to work for a few hours, the Redditor later discovered that several co-workers were growing concerned and had already contacted the office’s maintenance team.

Returning from break, the employee claims the maintenance team was already hard at work, poking around in the ceiling.

“To my horror, half the ceiling tiles were removed and there were two maintenance men on ladders looking for the cat,” the Reddit user recalls. “They were real close to the speaker but hadn't found it quite yet.”

Instead of fessing up and stopping this whole charade before it spiraled even further out of control, the worker “just reversed out of there” and went back to work, pretending to know nothing of the cat noises raining down from above.

“They eventually found the speaker, and shortly after everyone got an email from the big boss reprimanding the guilty party and asking for any information on the culprit,” claims the prankster.

But that's not where it ends: In an update shared shortly after the original post, the employee claims a “conspiracy theory” emerged later that day, with several employees convinced that it wasn’t a prank at all, despite the maintenance workers finding the speaker. Instead, the co-workers believed there really was a live cat still stuck in the ceiling but “management” only claimed it was a prank in order to get people back to work.

“One person claimed they absolutely heard the cat yesterday,” added the Reddit user, “and… a couple of them claim they still hear it.”

The post has since received more than 52,000 upvotes since it was shared earlier this week.

At the time of this article, the Reddit user had not indicated whether or not management had figured out who the true culprit was. The anonymous employee did reveal, however, that “no one saw me” and “there are over a hundred employees in our office,” so it’s unlikely anyone will ever find out.

And although this person didn’t specifically say it, it’s likely the prank was based on one of Jim Halpert’s from a season-three episode of the U.S. version of "The Office" called “The Return,” in which Jim steals a co-worker’s phone, stuffs it into the ceiling, and repeatedly dials the number until his colleague goes temporarily insane.

That said, maybe it’s best to lay off any “Office”-inspired pranks at your own workplaces. At least until the stresses of our current reality wear off, just a bit.