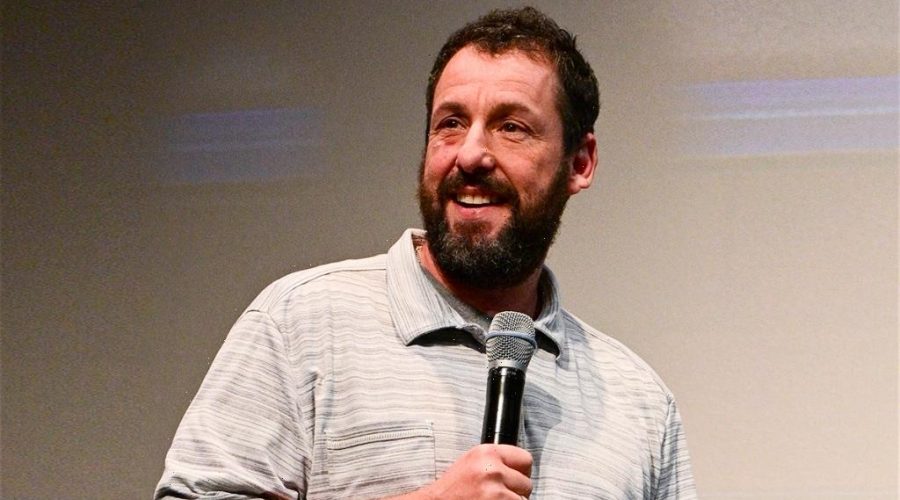 So it’s easy to forget that Sandler’s career began as a standup comic. It was in a Los Angeles comedy club that Dennis Miller first saw and recommended Sandler to “Saturday Night Live” creator Lorne Michaels and changed his trajectory from a solo act to sketch ensemble work. In the mid-to-late 1990s, Sandller toured with goofy, rude standup bits mixed with lovable, sing-along songs of his own, such as “The Chanukah Song” and “The Thanksgiving Song.” And he injected music into many of his most beloved onscreen appearances, like “The Wedding Singer.”

Now he’s back with a rare tour of casinos and arenas to remind live audiences, young and old — with that duality being a large portion of his set when Variety caught him on Oct. 28 at Hard Rock Live at Etess Arena at the Hard Rock Hotel & Casino in Atlantic City — that standup comedy and silly ditties are what he does best. (Even if he did clue AC’s casino crowd to the fact that he was recently robbed for an Oscar nom for his brutal and poignant acting job in the grim Safdie Brothers film, “Uncut Gems.”)

Donning a beard, wearing an Oakley hoodie and accompanied by his piano-playing, occasional co-songwriter Dan Bulla — to say nothing of a stage filled with guitars played often by the comedian — Sandler was on, wily and hot, despite acting as if being 56 and perpetually tired could keep him from his punchlines. Was this an often rude, crude display of a live Peter Pan Complex with ditzy inappropriate childishness, of c-words and peed pants? Yes. You don’t see The Sandman — his affectionate nickname for himself, repeated often — thinking you’ll get right wing humor a la Shane Gillis, leftist rhetoric via Bill Maher or the non-binary politicism of Hannah Gadsby. The Sandman is silly, but also with a wizened mix of emotion, intelligence, reminiscence, currency and pop culturalism. And dick jokes.

Though the aging process (personally, professionally) was a large part of his stand-up and musical conversation, Sander kept the proceedings cleverly unpredictable. Throughout the nearly two-hour-long set, Sandler tendered a balancing act between long, hypnotically repetitive, juvenile stories about Botox-ing his penis for youthful effect, then smartly short, absurdist songs with head-scratching, laugh-out-loud, abrupt-ending finales that somehow, weirdly, related to real-life.

That reality was played out in a 12-minute song that touched on the universality of knowing “a bulldog in a Halloween costume” looking for dignity; “a tall guy with a short wife,” with everyone wondering how that physical relationship plays out; and “a grandma in yoga pants” looking like an ice cream cone. Hewing closer to his own life, of being married for 25 years (accompanied by oral sex jibes) with two (annoying, from his recall) teens, the (hopefully) fictional tales of daughters, Sadie and Sunny, portrays the raw, but rich distance of the 2020s generation gap. In the continuing tales of Sandler vs. Gen Z, his children force their father to listen to their endless piano lessons’ attempts at “Bohemian Rhapsody” while their teen friends pretend to not know who Sandler is — until they need to know.

Musical numbers that allow Sandler to riff hard and solo aplenty are rife throughout the set — he’s a dexterous guitarist — and the comedian takes his time through various genres (mock Billy Joel bits, power ballads, Irish-y jigs, country break-up ballads) that always have curiously preposterous and disconnected conclusions. One such track, “Station 69,” involves space travel and the sex act named by the title with astronaut helmet-wearing Rob Schneider, Sandler’s longtime “SNL” friend, film collaborator and the night’s opening act. While that “69” tune was goofy, what followed was sublimely serious: Sander playing spiky guitar behind Schneider power-belting Elvis Presley’s samba-operatic “It’s Now or Never” without a hint of humor or imitation.

After that impressive musical moment, Sandler’s set came to a close with two back-to-back songs that mixed teary heartfelt sentiment with warm, sappy humor in dedication to his bestie, the late comic actor Chris Farley (“Farley”), and his family for putting up with being made the butt of his jokes (“Grow Old with You”), a feeling he shared with the older fans in the crowd who’ve been giggling at his silliness since 1990-something.

While he should never give up his acting day job, Sandler would be well-served making standup a steadier part of his repertoire, if Friday’s comic interaction with the Jersey casino crowd was any indication.