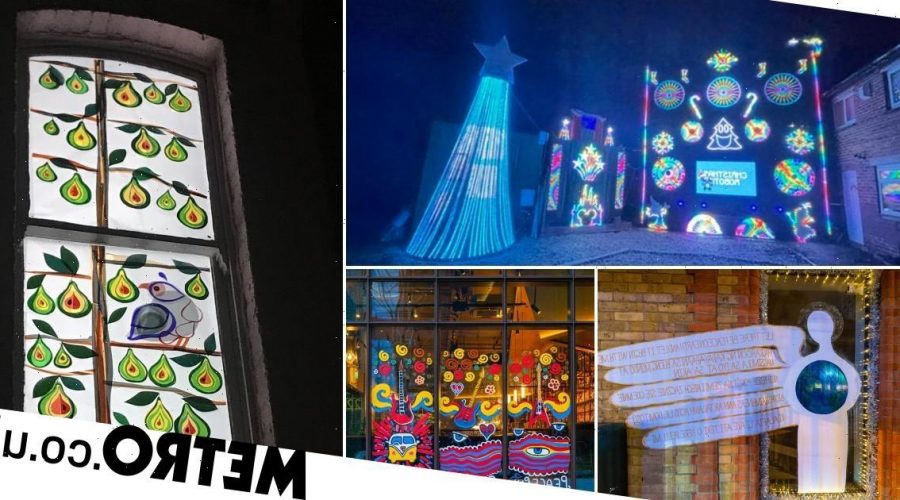 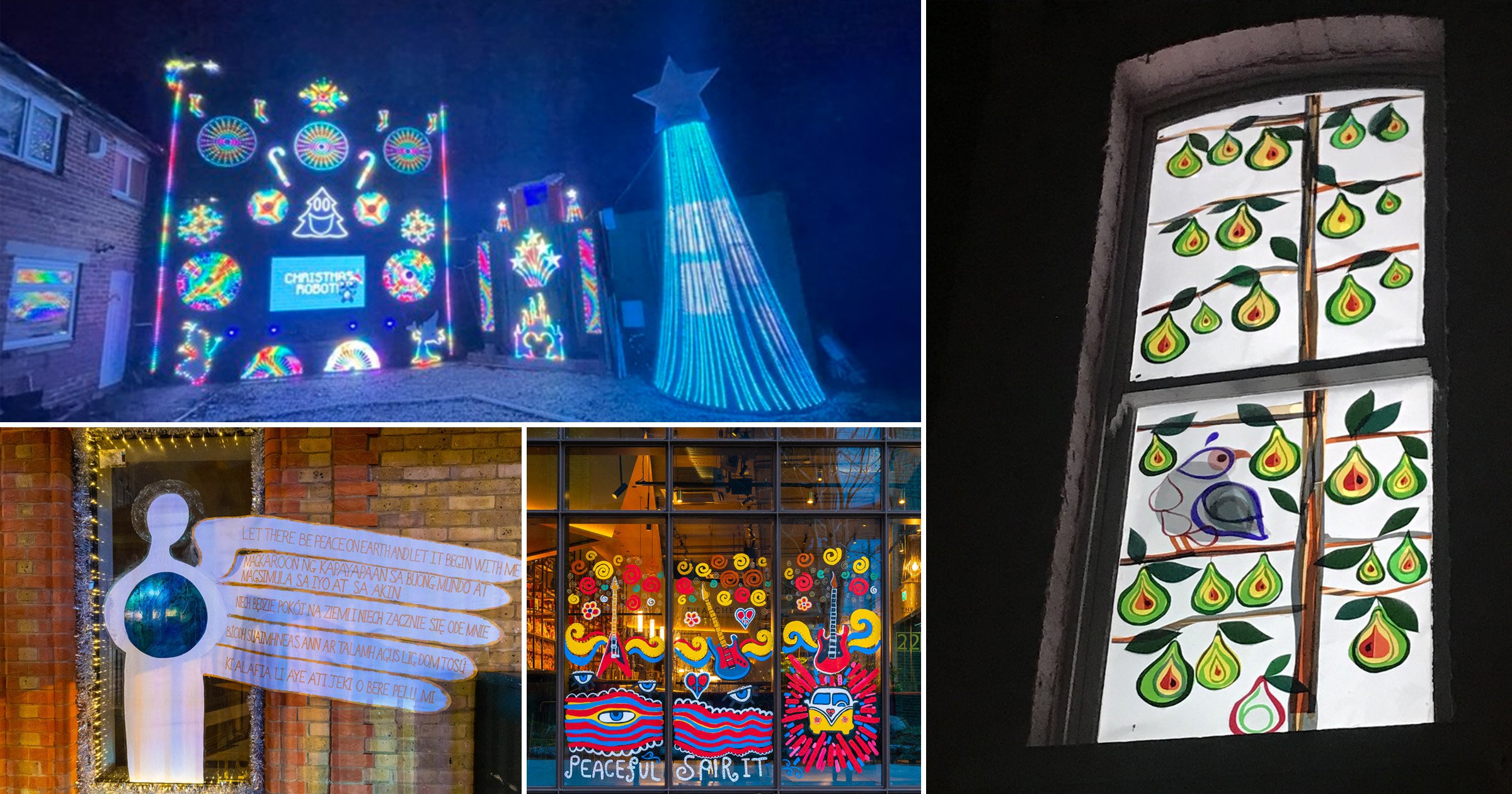 But neighbourhood communities are doing their best still to bring everyone together – even if simply through admiring light and art installations.

Advent windows and light shows are sweeping London and the wider nation.

With outdoor meets looking to be our only way to socialise soon given new restriction rumours, decorating windows and doors is a symbolic act of pulling together – after all, it wasn’t that long ago people did this to commemorate the NHS.

Liz Adams organises South Harringay’s ADVENTure Trail, which is in its second year.

‘Our dual mission is to raise money for the school to spend on projects they might not otherwise be able to fund and to organise events that bring the community together,’ she tells Metro.co.uk.

‘I came up with the idea of creating an advent calendar on the streets of Harringay and selling maps to parents and local residents as a way to raise money for the school after all of our events last year were cancelled.

‘No bake sales, no summer fairs, no movie nights or discos. Everything we normally ran contravened social distancing rules.

‘The Advent windows could be seen from the streets – family groups and bubbles could walk the trails maintaining distance from anyone else in the area.

‘Importantly it brought much needed joy and a sense of the festive spirit to the area at a time when many people were away from their extended families – often for the first time at Christmas.’

Each day in the run-up to Christmas, a new window is revealed and then lit daily from 4pm to 8pm until December 31.

An abundance of people have reached out to Liz to say how much they enjoyed taking part and how the project brought people together in a safe, socially distanced way.

Initially she planned to only run the event during the pandemic, but is now considering making it a permanent festive fixture in the area.

‘What was born out of a desperate need has already become a much-loved tradition,’ she says.

Dom Hodgson in Leeds has been doing his own version of this over the last three years, with a light show outside his home that aims to raise money for charity and bring people together.

‘Last year, we were one of the few things families could constantly enjoy being outside, socially distant and best of all – free,’ he tells us.

‘To many people we brought some Christmas magic in a terrible time. We received thank you presents, chocolates and letters from members of the community, and those that couldn’t travel were able to watch our lights online (with one video getting over 50,000 views).

‘We raised thousands of pounds for charities that were hit really hard during the pandemic.’

In his local community its something people of all ages look forward to seeing.

For Maureen Stapleton, who helps run Advent Windows in London’s Greenwich, the tradition has been going much longer than pandemic.

‘We think we’re one of the first communities in the UK to do this, though it’s hard to confirm that,’ she says, as the area has been lighting up since 2007.

‘The windows make us of models, sculpture, collages and multimedia installations.

‘One family makes a new automaton every year, with music and moving parts.

‘Walking around all the Advent windows, once all are revealed, takes approximately two hours. Many families now have an activity to do together,’ she says.

Over the 15 years it has been running, Advent Window designs have been as diverse as an inflatable boat filled with dolls to highlight the refugee crisis, a how-to video on how to make a Christmas cake, a video art installation of the nativity, and a small army of nutcrackers on Greenwich High Road.

These types of projects create opportunities for artists too, who have been particularly hard done by over the last two years.

Their 2021 Art Trail includes an open air forest scene in the pedestrian walkway through New Covent Garden Market, a Peace festival on a barge, a contemporary nativity in a London Cab, fine art photography and plenty more.

Visitors can do this one on foot or online, to include anyone that wants to see the art up until January 5.

At a time of darkness, communities and local artists are asking people to follow the light and creativity – merging festive spirit with charitable intention.

Look around – one just might be around the corner from you. And if not, all of these projects are showcasing their new windows and door fronts on social media.