Eleven acts who made it to the ‘AGT’ season 16 semi-finals performed during the August 31 episode. Some acts excelled, while others stumbled as the competition got even more intense.

America’s Got Talent is just weeks away from crowning another winner. Peter Rosalita kicks off the season 16 semi-finals. He misses his intro at first, so he asks to start over. Peter doesn’t let this little hiccup get to his head. He sings a sensational version of Mariah Carey’s “Without You.” Sofia Vergara raves, “You didn’t miss a beat!” Simon Cowell gushes that he “absolutely loved” Peter’s performance.

Michael Winslow is up next and ups his game from his last performance. He has the judges pick voices for him to do via categories. Simon admits that Michael was “just funnier” this week, and he has “so much respect” for the voice actor. Howie Mandel is still head over heels for Michael and voices his support in a big way. 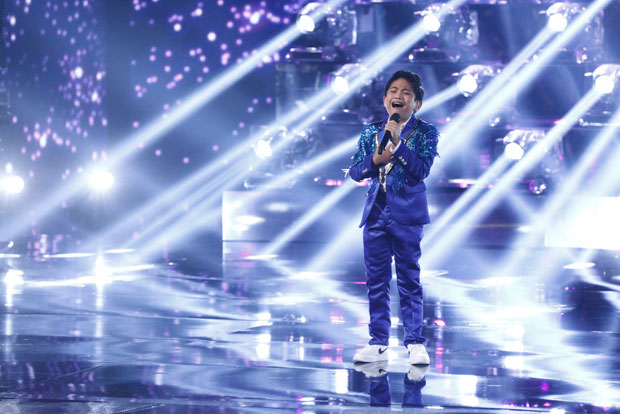 The judges’ wildcard pick is Beyond Belief Dance Company. They bring their fierceness to the stage with a performance to “Me Too” by Meghan Trainor. “You deserve to be here,” Heidi Klum tells the group. Without safety nets, Aidan Bryant takes the stage for his aerial act. At one point, Aidan is hanging by only his neck. “This was a gold medal performance,” Simon tells the 16-year-old.

Tory Vagasy wows with a performance of “Can You Feel The Love Tonight” from The Lion King. Simon feels that her performance was way too “safe” for the semi-finals. Howie adds that Tory has “great talent,” but she’s “on the wrong show.” Heidi lightens the mood by saying that “any Broadway stage would be lucky” to have Tory.

World Taekwondo Demonstration Team once again brings their A-game to AGT. “You are my favorite act so far tonight,” Howie declares. “You are absolutely everything.” Simon tells the group that this was their “best performance” yet. 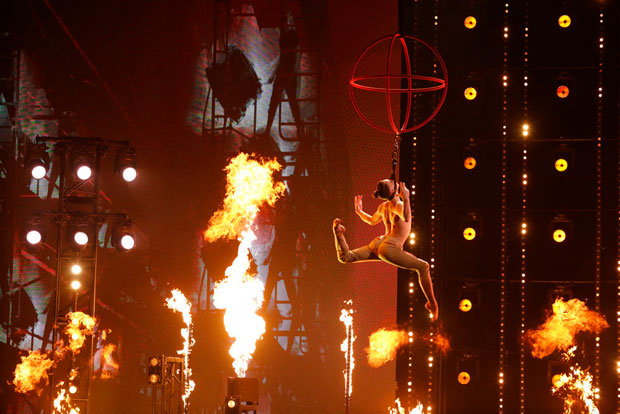 Madilyn Bailey decides to sing another original song, but this one is much more emotional than her hate tweets song. She performs a beautiful version of “Red Ribbon.” Howie admits he was not a fan of this performance. “I didn’t think that was anything.” Simon doesn’t agree with Howie whatsoever and tells Madilyn not to listen to Howie at all.

Dustin Tavella has a case of the nerves in his semi-finals performance, but he still puts on a great show. Simon raves that Dustin is a “born storyteller” and believes he will be in the finals. Korean Soul performs “You Say” by Lauren Daigle in the semi-finals. Simon approves of their song choice, and Sofia thinks they sounded better than the last time.

Gina Brillon is the only comedian of the night, and she nails her semi-finals stand-up. Howie calls her a “superstar,” and Heidi thinks Gina deserves a spot in the season 16 finale. Jimmie Herrod closes out the night with a breathtaking performance of “Glitter In The Air” by Pink. “You are unbelievable,” Sofia gushes. Simon says this performance was a “masterclass.” Howie goes so far as to say Jimmie is the “best singer in this competition.”

01/09/2021 Lifestyle Comments Off on AGT Recap: Jimmie Herrod Is Declared The Best Singer As The Semi-Finals Begin
Lifestyle