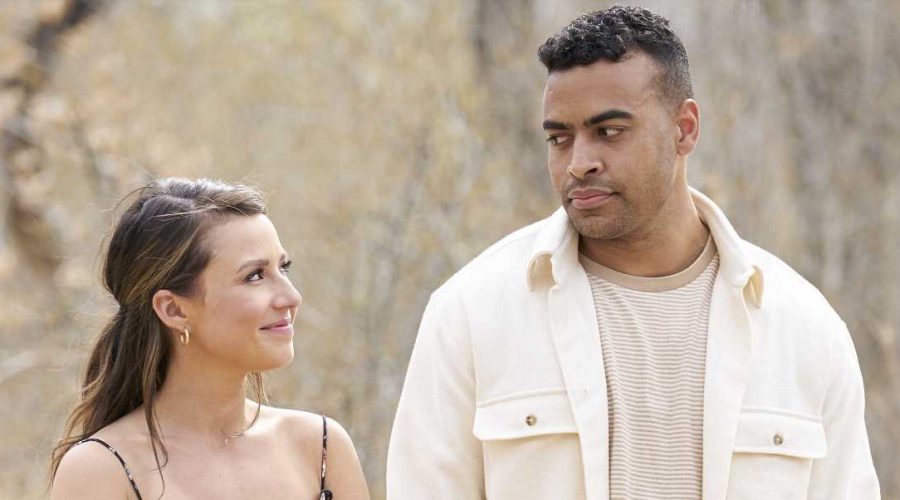 If viewers have learned anything while watching this season of The Bachelorette, it’s that Katie Thurston knows exactly what (and who) she wants. She’s been known to make some seriously quick decisions, whether it’s kicking guys out of the house for starting drama or being brutally honest on one-on-ones.

Since Katie’s season wrapped up filming one week early, it’s a good guess that the rest of the episodes will fly by, per Us Weekly. With only a few guys left to duke it out in New Mexico, hometown dates are right around the corner.

So, who’s meeting Katie’s family? Will the contestants be jet-setting back to their homes? And seriously, who is in Katie’s final four? Get the scoop on everything hometowns here:

Warning, spoilers ahead! Do not keep reading if you don’t want to know what happens on season 17 of The Bachelorette!

If you’re a Bachelor Nation newbie, here’s how hometown dates work. After the Bachelorette narrows it down to her final four guys, she travels to their hometowns and spends a day with their families. Usually, there’s a decent amount of drama involved, but you already guessed that.

Which of Katie’s guys are getting a hometown date?

So, who’s getting a hometown date this season? Reality Steve just confirmed a major final four shakeup on his blog: Katie’s lucky final four guys will be Greg, Blake, Michael A., and Justin. Not Andrew, as Steve had originally reported on his Instagram.

“However, the next day Andrew comes back to say goodbye, which is what we’ve seen in the promos all season,” Steve added. He also added that Michael A.’s hometown date won’t go exactly as planned. “The one thing I knew was that his family never met Katie,” he wrote.

Apparently, that’s because Michael self-eliminates right before hometowns, since he misses his son. Then, viewers will get to see him again in Katie’s “Men Tell All” episode. A typical hometowns episode? Not this season!

Will Katie and the guys be flying home?

Don’t expect to see Katie and those four with any suitcases, because for the second season in a row, hometowns won’t actually mean leaving the resort. Just like in Matt James’ Bachelor season, members of the guys’ families will be making the trek to New Mexico to meet Katie. Based on the episode previews, Blake’s sister will definitely be there (she’s in the tan shirt):

Also, it looks like Katie brings a bit of her Seattle roots to Greg during a super adorable Pike’s Place-themed date in this cute clip from E! News.

The drama this season won’t stop for anyone—not even family. Tune into Katie’s hometowns episode when it airs on ABC on August 2nd!