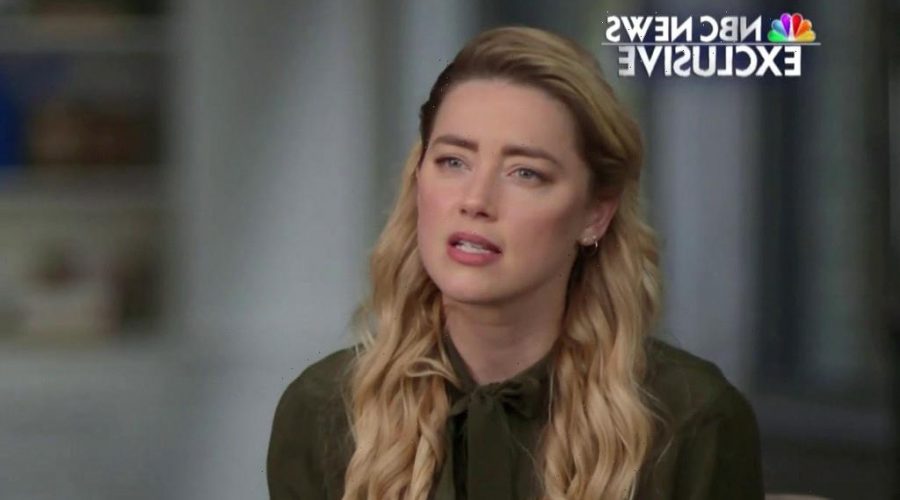 In the second part of her first post-trial interview, Amber Heard opened up to NBC News’ Savannah Guthrie on “Today” about her life after the trial that captivated the nation.

When asked if she’s worried about being sued again by him for defamation, even in the interview, she said, “I’m scared that no matter what I do, no matter what I say or how I say it, every step that I take will present another opportunity for this sort of silencing,” she said.

Guthrie brought up Depp’s text message to Heard that she would suffer “total global humiliation,” and asked Heard if she thought that came true.

“I know he promised it,” she said. “I testified to this. I’m not a good victim, I get it, I’m not a likable victim, I’m not a perfect victim. But when I testified I asked the jury to just see me as human and hear his own words, which is a promise to do this. It feels as though he has.”

When asked if she was hoping to “cancel” Depp with the op-ed, Heard said, “Of course not. It wasn’t about him.”

When asked about her upcoming plans, Heard said, “I get to be a mom full-time, where I’m not juggling calls with lawyers,” she said.

Asked about Johnny today, Heard said, “I love him. I loved him with all my heart. And I tried the best I could to make a deeply broken relationship work. I couldn’t. No bad feelings or ill will towards him at all. I know that might be hard to understand or it might be really easy to understand, if you’ve ever loved anyone it should be easy.”

Heard spoke to Guthrie on NBC’s “Today” show for the first interview following the conclusion of the highly publicized trial between her and Depp. During the interview, the two discussed the verdict of the case, which ended with both Heard and Depp receiving compensatory damages, albeit Depp received significantly more.

In the first part of the interview, Heard denied lying about the alleged abuse she spoke about during her testimony, saying “I made a lot of mistakes, but I’ve always told the truth.” She also discussed her belief that the social media coverage of the trial helped to influence the outcome, stating that “I think even the most well-intentioned juror… it would have been impossible to avoid this. Every single day I passed three, four, sometimes six city blocks lined with people holding signs saying ‘Burn the Witch,’ ‘Death to Amber.’ After three and a half weeks, I took the stand and saw a courtroom packed full of Captain Jack Sparrow fans who were vocal, energized.”

The trial between Depp and Heard saw the Virginia jury rule that both Heard and Depp were guilty of defamation toward each other. The jury ruled in favor of three counts of defamation brought by the plaintiff Depp and one count of defamation brought by Heard in her counterclaim. Depp received $10 million in compensatory damages and $5 million in punitive damages, with the punitive damages being reduced to $350,000, in accordance with the state’s statutory cap. Heard received $2 million in compensatory damages for her counterclaim.

The trial began when Depp, the plaintiff in the case, sued Heard for defamation regarding a 2018 Washington Post op-ed she published alluding to being the victim of past abuse. Although the op-ed did not directly mention the “Pirates of the Caribbean” star, Depp claimed the op-ed damaged his reputation and ruined his career. A year prior to the op-ed’s publication, Heard and Depp divorced after two years of marriage, with Heard alleging that Depp had subjected her to emotional, physical and sexual abuse throughout their relationship.

In 2020, prior to the American trial, the High Court of London ruled against Depp in a separate defamation case spawned by Depp suing The Sun for writing about the abuse allegations. The U.K. court ruled that he assaulted Heard in 12 of 14 alleged incidents.

Over the course of the trial, Heard became a target for online posts that frequently ridiculed her in favor of support for Depp. Over the course of the trial, several viral trends emerged mocking Heard, including TikTok trends making fun of her testimony in which she described her alleged abuse during her relationship with Depp. On TikTok, the hashtag “Justice for Johnny Depp” was viewed 20 billion times, while the hashtag “Justice for Amber Heard” received 27 million views.

Since the conclusion of the Virginia trial, Heard’s attorney, Elaine Bredehoft, has publicly stated her client plans to appeal the verdict.

NBC’s Guthrie notably has her own connection to the Heard/Depp case, as her husband, Michael Feldman, served as a consultant on Depp’s legal team. Guthrie disclosed this information during an interview she conducted with Depp’s lawyers, Ben Chew and Camille Vasquez, on “Today” earlier this month.

Watch the full interview below: