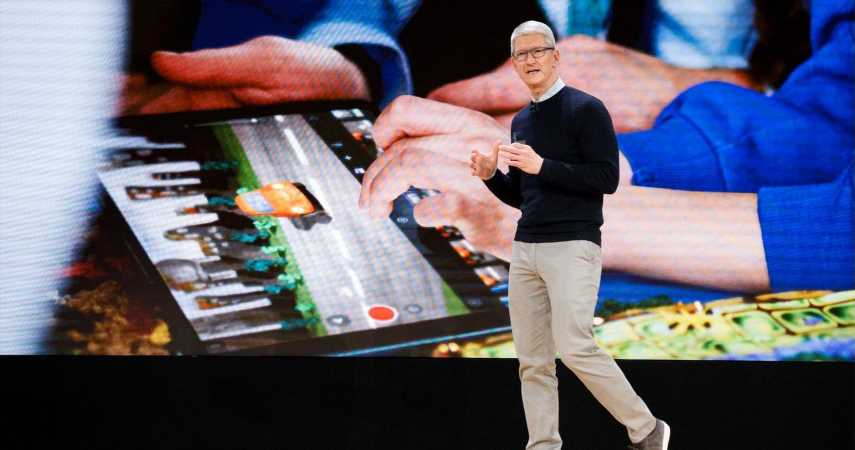 Apple CEO Tim Cook has purchased a 9,956-square-foot mansion in an exclusive residential community in La Quinta, California, for $10.1 million. Despite the executives’ $1.4 billion fortune, he had previously stayed in a modest Palo Alto condo.

The 60-year-old Apple CEO was revealed as the buyer of a $10.1 million mansion in an ultra-private celebrity-favorite golf resort, Dirt first reported. The deal actually closed in 2018, but confirmation that Cook was the rumored Silicon Valley buyer of the home was only recently confirmed.

According to Forbes, Cook had previously deviated from the lifestyle that many tech leaders enjoy. He had been living in a relatively modest Palo Alto condo, while his peers like Larry Ellison, Mark Zuckerberg, and Marissa Mayer all owned multiple high-priced mansions.

RELATED: From Student To CEO: The Rise Of Apple’s Tim Cook

It’s not like he couldn’t afford a bigger house. Cook, who has been CEO of Apple in the decade following Steve Jobs’ resignation due to cancer-related health issues, has managed to increase the stock price by 1,000%, making it the most valuable company in the world. For his hard work, Cook has been rewarded financially, recently received a $750 million payout, and today sits on a $1.4 billion fortune.

According to Dirt, the mansion is located in The Madison Club, which claims to be the most exclusive private residential community in La Quinta, California. The area has become primarily known for expensive homes, its highly-ranked Tom Fazio-designed course, and for its many celebrity residents. Other Madison Club homeowners include Lori Loughlin and Mossimo Giannulli, Cindy Crawford, Kourtney Kardashian, Kris Jenner, Nike founder Phil Knight, and Scooter Braun.

Finished in 2018, the five-bedroom, five-bathroom mansion spans almost 10,000 square feet. The home comes with a custom billiards table, a swim-up bar, two kitchens, and views of the 15th fairway and the Santa Rosa Mountains, according to the listing.

The New York Post claims that the home also has an office, a family lounge, a wet bar, automated floor-to-ceiling glass pocket doors, and an $86,100 active solar energy system.

Outside, Tim can enjoy his $150,000 infinity-edged swimming pool with its own swim-up bar and Baja shelf for watery sunbathing, plus a patio with a fire pit and built-in BBQ center. Air-conditioned loggias provide the perfect place for alfresco entertaining. He’ll have plenty of space to park with his 1,766-square-foot garage.