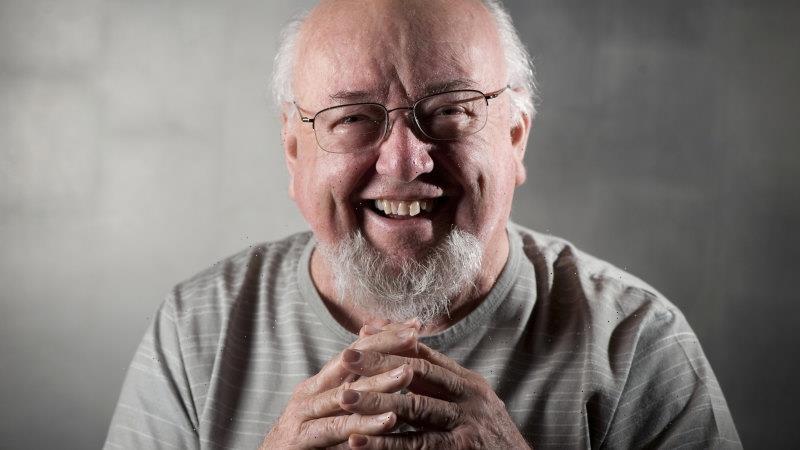 By 1972 the glamorous and progressive Don Dunstan had emerged as the remaker of the state of South Australia, decriminalising homosexuality, creating the State Theatre and the SA Film Corporation. The name of this first-founded government mechanism for stoking the cinematic energies of Australians would appear on many of the 400 films made between 1970 and 1984, some forgettable but no more so than the film product from other markets. The successes included Sunday Too Far Away, Picnic at Hanging Rock, Storm Boy, Don’s Party and The Getting of Wisdom. Hence Dunston had a hand in the emergence of Peter Weir and of Bruce Beresford, and in Breaker Morant and Weir’s dazzling film Gallipoli, produced by that woman warrior of Australian producers Pat Lovell, the Miss Pat who also produced Mr Squiggle. 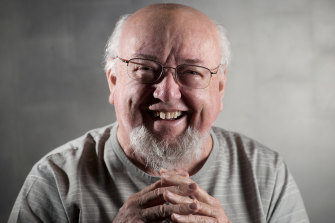 Thomas Keneally says the reality that Australia is a country whose tales and myths cannot be defined entirely by economics.Credit:David Mariuz 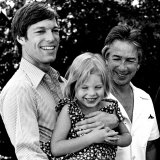 Supporter of the arts: Don Dunstan with the star of The Last Wave Richard Chamberlain in 1977. The movie, directed by Peter Weir, was filmed in Sydney and Adelaide. Credit:David Kynoch

It was an era when states were willing to speculate on films, knowing the craft must be learned but that successes were golden for us. Neville Wran created a NSW Film and Television Office, and Victoria’s logo also appeared on films. It was an age of enthusiasm in which all things were possible and politicians saw the arts as an extension of identity and part of the business of making Australianness known to the world. Many commentators thought this sudden triumphalism vulgar: Patrick White and the brilliant novelist, New York-based Sydney woman Shirley Hazzard, both thought the strut was as fraudulent as the cringe that came before it, or else thought it was a shallow renaissance.

Over time lesser imaginations, most notably among the federal arts ministers of the 21st century, saw films and the books that bred them not as part of the apparatus of society but a condoned indulgence. Indeed, the new economics put a low price on national tales, for in a globalised world any old tale from any old place, California in particular, would serve. Conservative commentary attacked the idea of Australian quotas on television; they were a cramp on the market. Cate Blanchett, Chris Hemsworth, Rose Byrne and other notable Australian actors were left to lobby Mitch Fifield, the very model of the modern neoconservative when it comes to the arts.

They warned that under a reassessment of the viability of the Australian film industry our screens, little and big, would go over entirely to foreign productions. The question should not have been viability; it should have been what government policy was causing failures. Much smaller nations – Denmark, the Czech Republic, New Zealand and Ireland – had a robust industry. 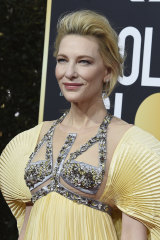 Such names as Blanchett’s would have once commanded the reverence of arts ministers and prime ministers, but no longer. Fifield’s idea of the government promoting the film business was to inveigle large productions from America to film in, say, the Gold Coast studios in return for a tax break, thus making Australian technicians the servants in other people’s tales. The actors mentioned above, led by Blanchett, pointed out the film industry’s turnover and foreign earnings and its offering of employment to 25,000 workers. Yet the arts never cut a swathe and, again, as with heritage, the actors were selling, as well as the statistics, the imponderable value a citizenry gets from its own vigorous television and film industry, which Fifield, like a sad procession of Liberal arts ministers, was incapable of understanding or finding valuable.

My concern with a series of arts ministers and particularly George Brandis, Mitch Fifield and now Paul Fletcher, is that they have arrogantly aggregated to their own discretion a large part of the arts budget previously distributed at arm’s length by the panels or committees of the Australia Council for the Arts. That is, they assume the air of satraps, of Habsburg emperors, distributing beneficence, a method that compared to arm’s-length endowment is gratuitous and subjective. These were the same men, like the governments in which they served, who saw the ABC not as a cultural resource, not as a maker of television drama employing the thousands previously dependent on some mega pea-brained production from elsewhere, as undesirable because somehow they derive from a political enemy.

I think my concerns were reflected by a statement I made in 2019. As an ageing Australian my life has been so enriched (not in the literal but in the immaterial sense) by a genuine arts policy, one that recognises the arts not as a lefty indulgence or a charity but as an industry and a benefit for all classes, all classes, of Australians. I am used to the canard that in matters of the arts those who speak out are feathering their own nests. Let me say I am not a client of the Literature Board of the Australia Council for the Arts. I would not be ashamed to be, but the one time I was given a grant, in 1978, I returned it because I received unexpected income from America (and, by the way, a lot of artists both Indigenous and non-Indigenous, earn foreign income from Australia). Further, may I say that when I was honoured beyond my merits and given a Lifetime Achievement Award by the Australia Council, in protest against George Brandis’ sequestering a great slice of Australia Council moneys to his own unpredictable discretion, I handed the prize back. It went to finance a Literature Board grant to a brilliant novelist in mid-career, and the book written with that prize will soon appear.

I declared at the time: “I support this policy because it treats the great and magical industry of the arts in two ways. Firstly, it treats literature, the theatre in all its forms, the graphic arts and music as an industry. And they are industries in which everyone pays taxes, and are not beggars, and do not want to be. There is no difference between income and job-creating bounties to industry, and in income and job-creating input into the arts. What justifies both? It is that government will get its money back in abundance.”

I know Brandis did not notice. 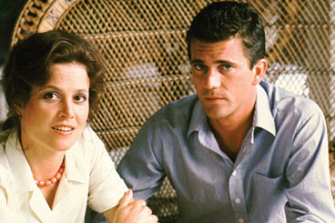 Sigourney Weaver and Mel Gibson in The Year of Living Dangerously (1982) written by Christopher Koch and directed by Peter Weir.Credit:

Furthermore and beyond that is the reality that Australia is a country whose tales and myths – those that flatter it, those that exhort us towards new excellence and those that simply feed our Antipodean souls, thus giving us an immeasurable and imponderable benefit and delight – cannot be defined entirely by economics, especially not by the deathly trickle-down economics of our day. Gough Whitlam once said, “Maestro, I knew that if I gave you jokers a few dollars to write with I would get it back in tax”.

The then-young Christopher Koch got “a few dollars” and wrote The Year of Living Dangerously with it. A few years later as I drove home through a pre-European grove of palms in the Northern Beaches of Sydney I saw fleets of film trucks, with electricians, lighting and sound technicians, camera assistants, make-up people, actors and extras working in preparation for shooting a scene for the film of the book. All employed, all paying tax, all – at the same time – pursuing Koch’s dream. A genius such as Les Murray, a frequent client of the Australia Council, kept a legion of English teachers employed interpreting his magnificent verse to our children. 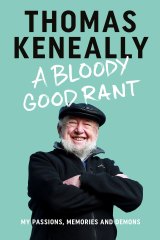 A Bloody Good Rant by Thomas Keneally from Allen & Unwin.Credit:

When I began my writing career with a novel published in 1964 there was no arts industry in Australia. Art was something separate from society. There was no idea of a craft of letters, though many Australians pursued it! Most books were shipped in, and theatrical productions were similarly almost entirely shipped in. There was at the time no Australian Society of Authors, no Australian Publishers Association and no sense either that the First Nations had their 80,000-year inheritance of creativity to contribute. Since the 1970s publishing has become an industry, employing 20,000 people directly in the making of books. And among its stars is a plethora of First Nations writers such as Ellen van Neerven, Ali Cobby Eckermann (dynamite poet!) and Tony Birch. I hope I am not judged for honouring these names, with Alexis Wright as well, and saying they are cultural treasures of Australia. Who am I to say that? But there are many more.

In deriving a language from a former empire and sharing it not only with that diminished empire but with the present one – the US – we can bravely make our own artistic product or we can disappear. What is bewildering about the present is the lack of regret among conservatives for our potential, our artistic and cultural disappearance. The arts minister as nightwatchman, even as grave-digger!

This is an edited extract from A Bloody Good Rant by Thomas Keneally published by Allen & Unwin ($39.99).