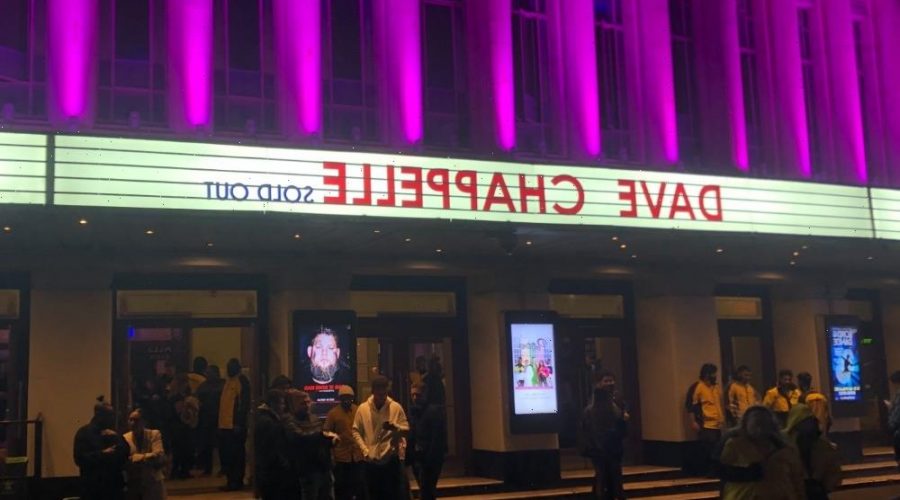 Dave Chappelle is planning a 10-city U.S. tour of his controversial Netflix special “The Closer” in the unlikely chance that the streamer pulls the show, according to fans who attended a sold-out London gig on Thursday evening.

According to multiple attendees, Chappelle indicated that he would visit 10 cities across the U.S. to screen the show. Chappelle’s rep did not immediately respond to Variety‘s request for comment.

Controversy around “The Closer” has snowballed since its release on Oct. 5, with Netflix employees and artists accusing Chappelle of transphobia and homophobia regarding comments and jokes made during the special.

However, at the exact same moment that a group of Netflix employees staged a protest in Los Angeles on Wednesday over the streamer’s decision to stand by Chappelle’s special, across the pond, thousands of fans and supporters streamed into London’s Eventim Apollo theater to see the man himself.

On the sixth and penultimate night of his weeklong U.K. tour, the 3,500-capacity venue was completely sold out, with most attendees paying $100 to $300 per ticket.

As the audience streamed out after the 60-minute show, most refused to talk to Variety, either out of a sense of loyalty to the beleaguered comedian or perhaps distrust of the media, particularly as entry to the show had required all cell phones, cameras and recording devices to be locked away in magnetic pouches, preventing any content from being shared online.

Many were willing to stop for selfies in front of the marquee, which was lit up with Chappelle’s name, in the pouring rain, however. Some, who initially seemed willing to speak to Variety, developed a sudden amnesia when asked whether Chappelle had discussed the Netflix protest during the 60-minute set. “I can’t remember, I’m pissed as a fart,” claimed one.

The few who did speak to Variety said Chappelle did mention the Netflix controversy during his set, indicating the protest in L.A. “wasn’t favorable.” “He just wants us all to get along,” said one attendee. Another said Chappelle appeared “baffled” by the accusations.

Unsurprisingly, those attending were almost unanimously supportive of Chappelle, defending his right to express himself, particularly as both a comedian and a Black man.

“I think everyone’s entitled to their own opinion on certain subjects. I feel like as a comedian, it’s your job to make people laugh and I don’t think he’s doing it from a malicious place,” said Michael, a 29-year-old who described himself as mixed race. “He’s probably experienced a lot of racism and a lot of trials and tribulations himself.”

“[‘The Closer’] is up to date with current affairs, he speaks his mind, for me he’s one of the best comedians ever,” said 32-year-old Mel. “I agree with him. I mean, speak your opinion. When it comes to comedy, it’s free speech. It’s comedy, but you get to voice your opinion. He’s obviously got one of the biggest platforms out there so he’s entitled to it. If you don’t like it, you don’t have to listen to it.”

Not everyone in the crowd was enthusiastic about Chappelle’s comments, however. Anthony, a 26-year-old healthcare worker, paid $150 for his tickets three months ago; he wasn’t impressed with “The Closer.” “I actually thought for Dave Chappelle it was quite bad,” said Anthony. “I think it was controversial, but it wasn’t that good. He’s very funny, but he needs to move on from these jokes, it’s not that funny anymore.”

“He knows it’s going to be controversial,” Anthony added. “He knows he’s going to get a reaction. And it’s publicity for him. Any press is good press. But I don’t really think he should be going for that. He’s too clever for that. He can do more than that.”

Members of the LGBT community were also present at the show on Thursday evening. “Well, we’re gay, we’re lesbians,” said one Black woman, gesturing to her partner (both women declined to be named). “We’re a couple and we think it’s fine. We don’t think he’s being rude or hurting anyone or being disrespectful. I don’t think that he’s homophobic or anything like that.”

“I think he was just asking for a dialogue, to be open, and that’s what I got from it,” said another attendee, who said his name was Nemi. “And that’s why I was a little bit confused about the outrage because he didn’t say, ‘Death to trans people,’ or ‘Trans people don’t exist.’ It was more, ‘These are my experiences and I’d like to talk more about it,’ so that’s what I thought.”