Reunited and it feels so good! Ashley Tisdale gushed over her BFF Austin Butler after reconnecting for the first time in years.

“When you haven’t seen your best friend in 2 1/2 years,” the 36-year-old actress wrote via her Instagram Story on Thursday, January 20. “You hold on real tight and don’t wanna let go.”

The former Disney Channel star shared two photos with Butler, 30, showing just how firmly she hugged him when they were reunited. 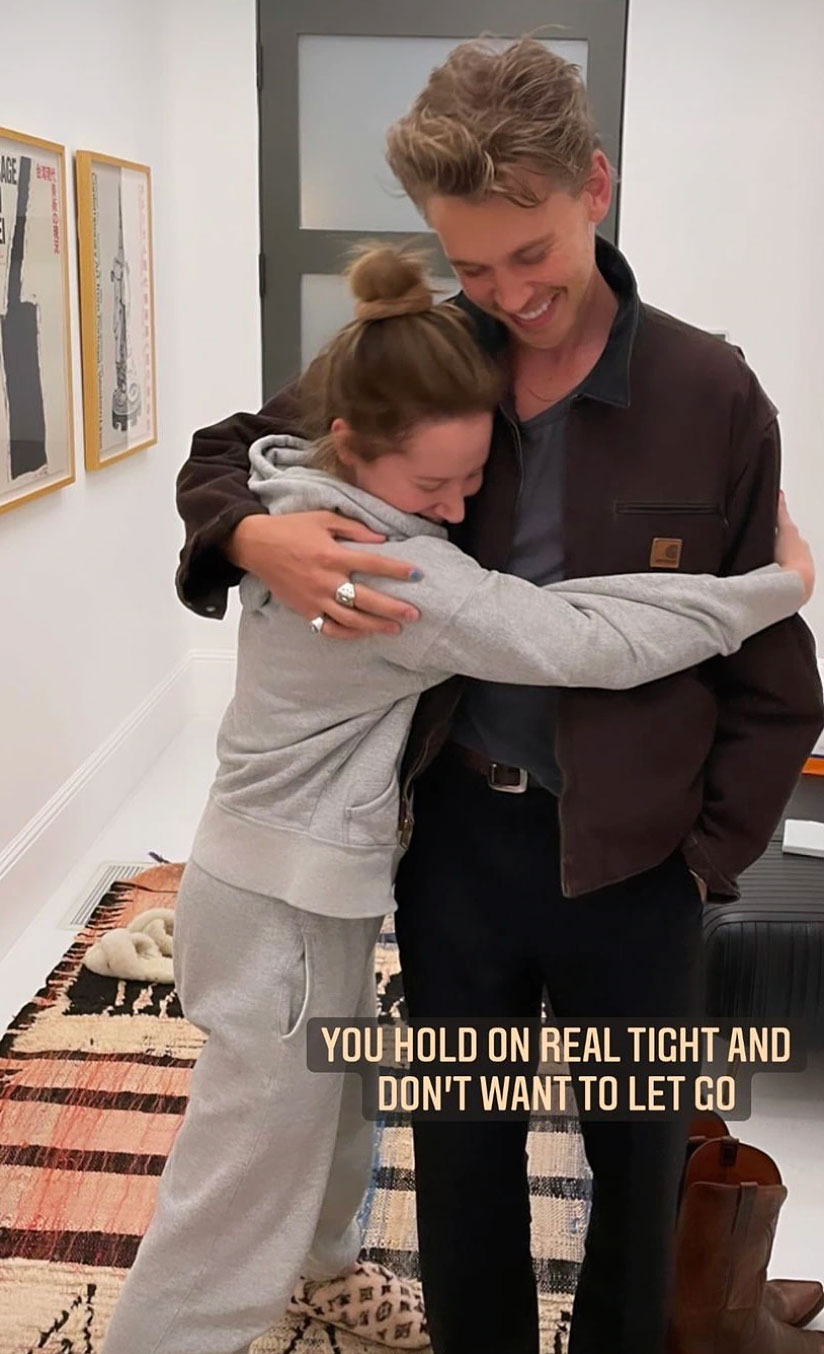 The Elvis actor couldn’t stop smiling as he held onto the Suite Life of Zack & Cody alum, who he has known since he was a teenager. The duo costarred in 2011’s Sharpay’s Fabulous Adventure after forming a friendship years prior.

Disney Channel Original Movie Leading Ladies: Where Are They Now?

Butler also dated Tisdale’s longtime pal Vanessa Hudgens for nearly nine years before calling it quits in January 2020. (He recently sparked romance speculation with Kaia Gerber in December 2021, with a source exclusively telling Us Weekly, “They are low-key dating.”)

In fact, the pair’s physical distance over the past few years didn’t stop the New Jersey native from singing Butler’s praises on his 30th birthday.

“You’ve been my best friend since you were 15 so that’s 15 years strong of friendship! I am beyond proud of you and everything you’re accomplishing but most importantly proud of the person you are,” Tisdale wrote via Instagram in August 2021. “You’ve been my closest friend through the years, you’re the type of friend that came over when I was crying on the floor from a horrible breakup and not only lifted me off the ground but brought my favorite candy 😭.”

The Young & Hungry producer thanked the California native for embracing her husband, Christopher French, “like a brother” when they got together, noting she never thought someone would “understand” her like Butler does until the 40-year-old musician came along.

Costars Reunited Through the Years

“There’s no one like you Austin, you’re my twin born 7 years later,” Tisdale added. “I hope you know how loved you are! Happy Birthday 🎂🎂 PS: Remember that one time I convinced you to be in my Disney movie Sharpays Fabulous Adventure. Well, look at you now!!”

The Carol’s Second Act star has also remained bonded with Hudgens, 33. (The Princess Switch star moved on from Butler with baseball player Cole Tucker in December 2020.)

Tisdale revealed in June 2021 how her baby girl reacted when she finally got to meet her former High School Musical costar, telling Access, “She just fell in love with Vanessa.”