She was the darling of daytime TV talk shows — using her deadpan wit and easy demeanor to tease the best out of A-list guests from Jennifer Aniston to Jamie Foxx.

Then came a single tweet March 20 — and Ellen DeGeneres’ carefully crafted image as one of Hollywood’s nicest comedic powerhouses came crashing down.

Now the once-seemingly invincible talk diva is fighting for her professional life amid tales of racism, bullying, sexual misconduct and general “toxicity” behind the scenes of NBC’s “The Ellen DeGeneres Show’’ — and spends her days weeping over how quickly her beloved public persona evaporated, sources said.

“She’s been hysterical,” a source who knows the star told Page Six. “She felt like everything she worked so hard for was falling apart. She’s crushed.”

DeGeneres’ spectacular fall from grace can be traced to March 20, as the country went into COVID-19 lockdown — and comedian Kevin T. Porter sent out a cheeky tweet.

“Right now we all need a little kindness. You know, like Ellen DeGeneres always talks about!’’ Porter wrote — referring to the famous line the talk show host utters at the end of every episode: “Be kind to one another.”

“She’s also notoriously one of the meanest people alive,” Porter said. “Respond to this with the most insane stories you’ve heard about Ellen being mean & I’ll match every one w/ $2 to @LAFoodBank.”

Porter on Monday told Page Six, “Commonly in LA, people who work in the industry or TV either know or know second-hand a not-very-nice story about Ellen.

“It was just a thought I had rolling out of bed — it seemed like a fun, creative way to raise money for charity.”

But Porter said even he was shocked by the tales that spewed forth in the coming days.

“Obviously, it blew up way more than I thought,” the comic said.

The previous odd story here and there about cracks in DeGeneres’ well-honed facade resurfaced — with a vengeance.

The not-so-flattering stories included one from December, in which DeGeneres accused Dakota Johnson in an uncomfortable interview of failing to invite her to her 30th birthday bash.

Johnson replied with the now-famous quote, “Actually, no, that’s not the truth, Ellen.”

When the New York Times published a DeGeneres profile in 2018 with the clearly provocative headline “Ellen DeGeneres Is Not as Nice as You Think,” the star admitted that yes, she can sometimes be prickly off-air — but with good reason.

“There’s been times someone wants a picture, and while I’m doing a selfie, they’re like, ‘You’re not dancing!’ Of course, I’m not dancing. I’m walking down the street,” she said.

DeGeneres — asked about the low-lying but long-circulating rumors in Hollywood that she was the opposite of her on-camera personality and not that nice to her employees — added, “That bugs me if someone is saying that because it’s an outright lie. 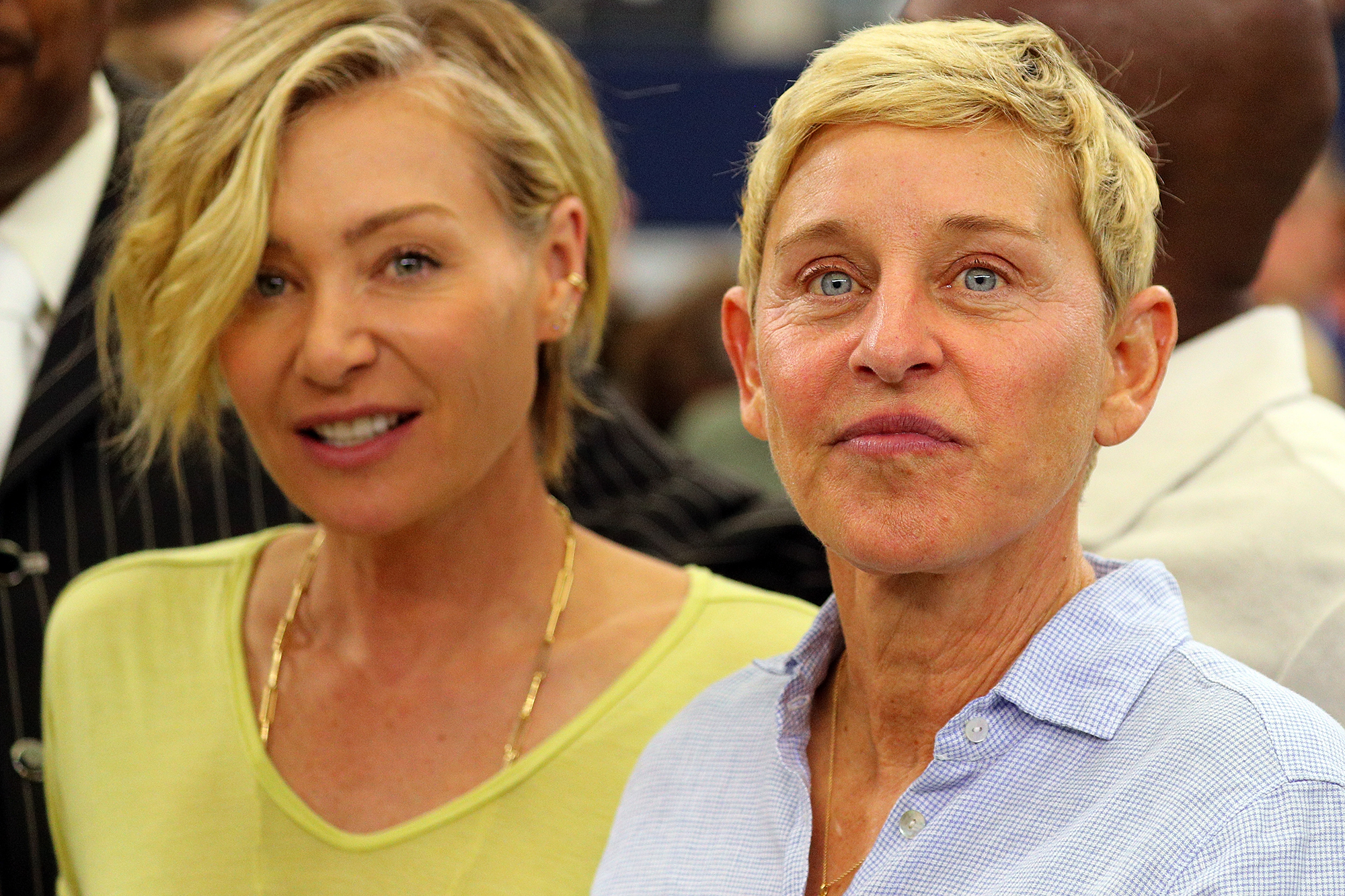 “The first day I said, ‘The one thing I want is everyone here to be happy and proud of where they work, and if not, don’t work here.’ No one is going to raise their voice or not be grateful. That’s the rule to this day.”

But the tales of DeGeneres’ less-than-kind behind-the-scenes behavior — and horror stories about what it’s like to work for her show — only grew in recent weeks.

At the start of the lockdown, DeGeneres caused a backlash by comparing her self-quarantine at her multimillion-dollar California compound to “being in jail.

“One thing that I’ve learned from being in quarantine is that people — this is like being in jail, is what it is,” she said. “It’s mostly because I’ve been wearing the same clothes for 10 days and everyone in here is gay.”

Then came a particularly damning report by BuzzFeed in mid-July, in which one current and 10 former show staffers said racism and intimidation were rampant when the cameras weren’t rolling.

One worker said they took a month off after a suicide attempt — only to return to work and be told their job had been eliminated.

“You’d think that if someone just tried to kill themselves, you don’t want to add any more stress to their lives,” said the worker, whose story was backed up by medical records and other staffers. 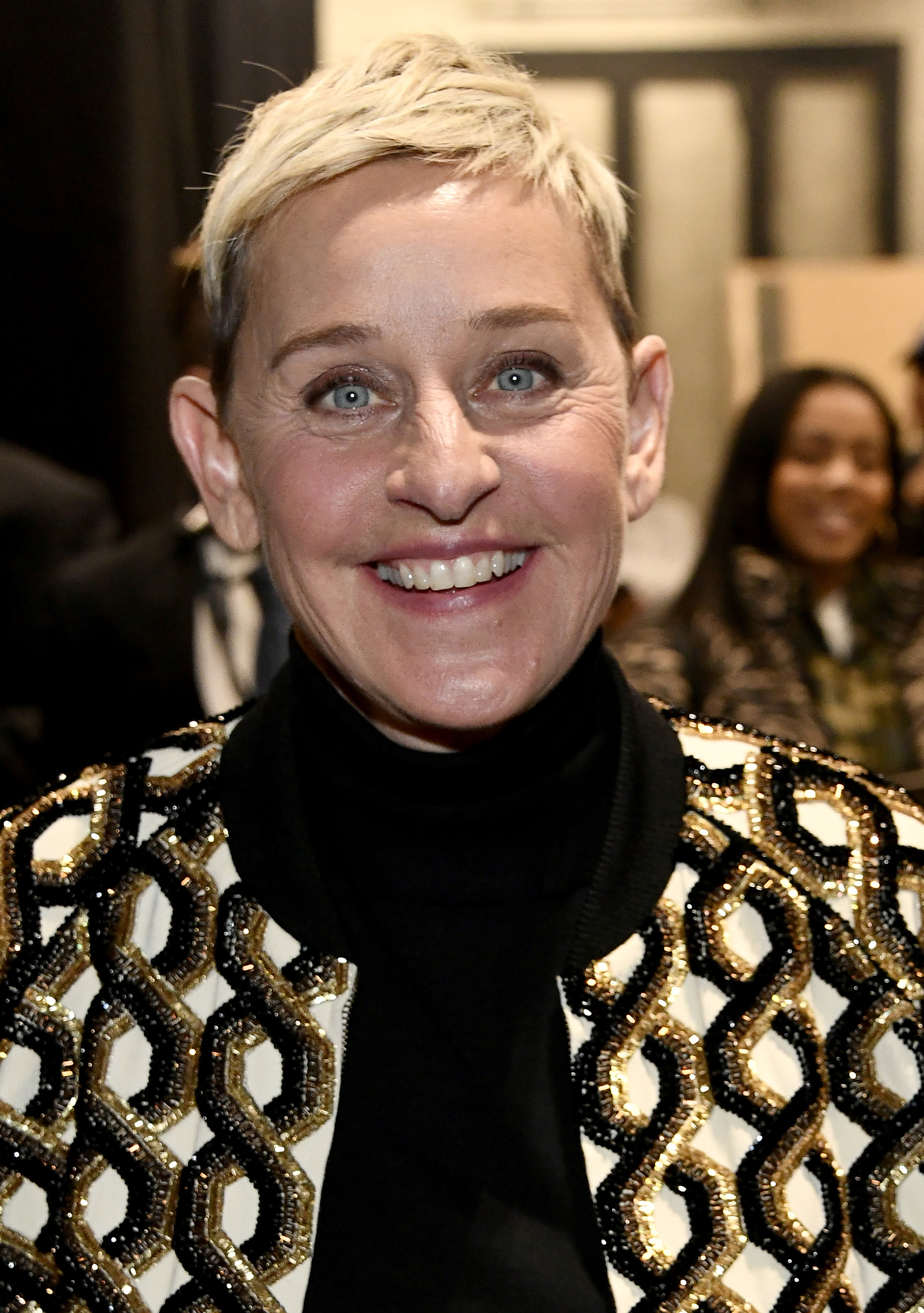 “They definitely don’t practice what they preach with the ‘be kind’ mantra.”

Former “Ellen” producer Hedda Muskat told The Wrap on Monday that she noticed a “culture of fear” from the very beginning of her tenure on the show, which began in 2003.

Muskat claimed that executive producer Ed Glavin also contributed to the negativity in the office, recalling one incident where he allegedly screamed at a crew member during a staff meeting.

Muskat remembered “waiting for Ellen to say something” to Glavin but claimed she “giggled” instead.

“[DeGeneres] crossed her legs up on the chair, and she said, ‘Well, I guess every production needs their dog,’ ” the ex-staffer said. “And from then we knew. Ed was going to be the barking dog — her dog.

Muskat was ultimately let go by Glavin in May 2004, just days before winning her first Emmy, as he told her they were taking the show in a “different direction.’’

Meanwhile, rumors have been rampant that DeGeneres, who is worth an estimated $490 million, could lose her show to the likes of anyone from James Corden to Melissa McCarthy, Kristen Bell and Aniston.

But sources said DeGeneres is hanging on, at least for now.

“She has the backing of Warner Bros. her advertisers, the stations who buy the show, and her fans,” a second insider told Page Six.

“She’s determined to get her show back on the air and talk to her fans.

“It is the ‘Ellen’ show. She came up with the idea, it’s a syndicated show, you can’t just hand it over to someone else. You either get rid of the show or not.”

Amid the frenzy, DeGeneres sent an e-mail to staff saying she took responsibility as the face of the show — while criticizing her employees for not “do[ing] their jobs as they knew I’d want them done.”

She pledged that she and the production company will be “taking steps, together, to correct the issues.”

DeGeneres has publicly remained silent about the firestorm around her.

But Monday, her wife, Portia de Rossi, broke her silence.

The actress posted a message on Instagram that read, “I Stand By Ellen.

“To all our fans . . . we see you,” she wrote. “Thank you for your support. #stopbotattacks #IStandWithEllenDeGeneres #IStandByEllen.”

“It’s just not acceptable to come to work and feel unsafe or unhappy — that’s not the show’s mission. Ellen knows she allowed this to happen.

“When your brand is being the nicest person in the world, it’s hard.”

As for Porter, he doesn’t seem to have any regrets.

He said the stories that came out showed that DeGeneres was “disconnected from humanity,’’ adding, “There was a woman who shared a story about waiting on Ellen and she had chipped nail polish and Ellen tried to get her fired — this goes beyond ‘everyone has bad days’ or that she was caught in a bad mood.

“This shows systemic power issues,’’ he said. “The way I look at it, Ellen had a facade that was starting to crumble.

“I laid the groundwork, Maybe it made people feel a little more safe and powerful in speaking out.”

DeGeneres’s rep had no comment to Page Six on Tuesday.